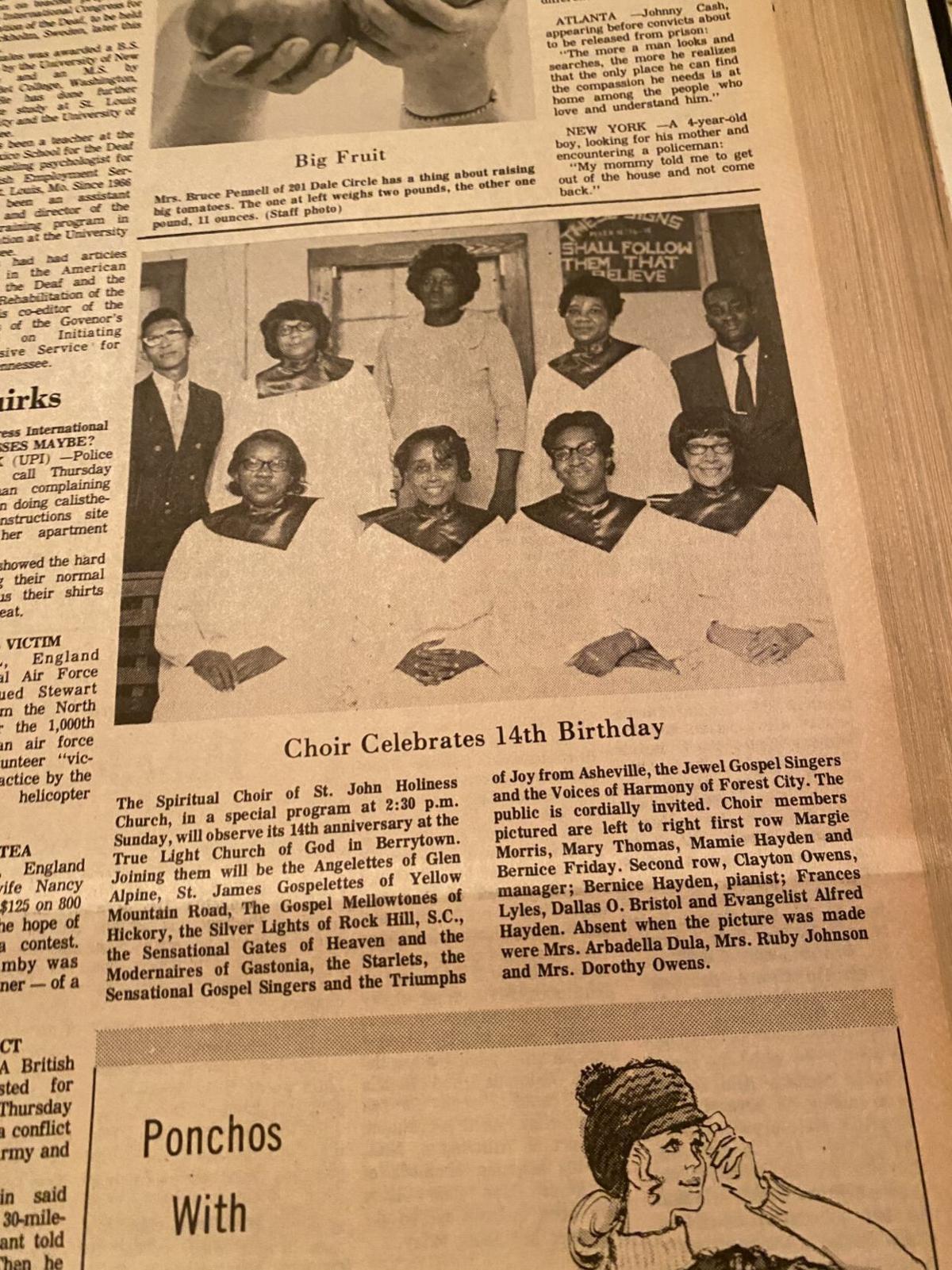 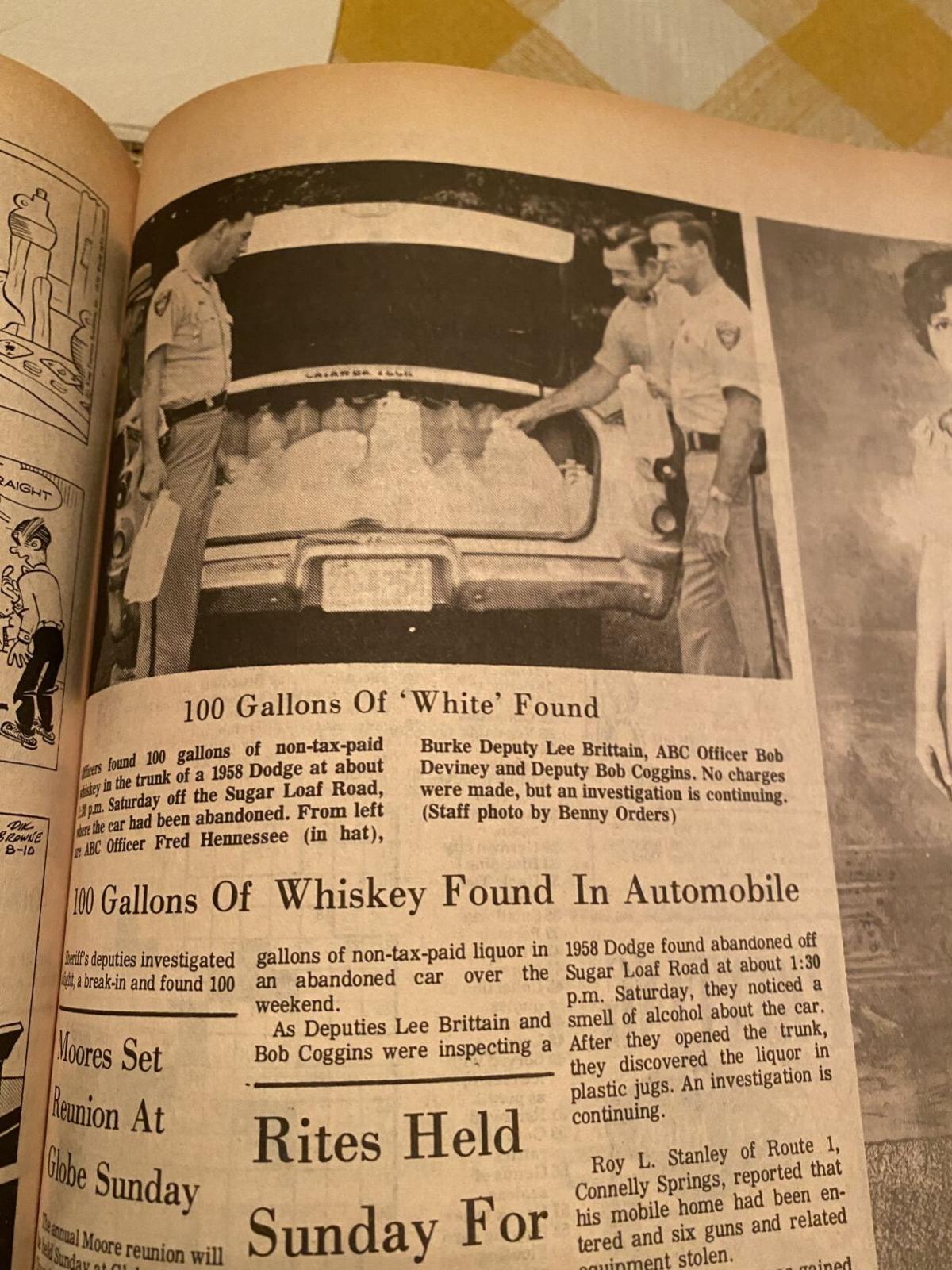 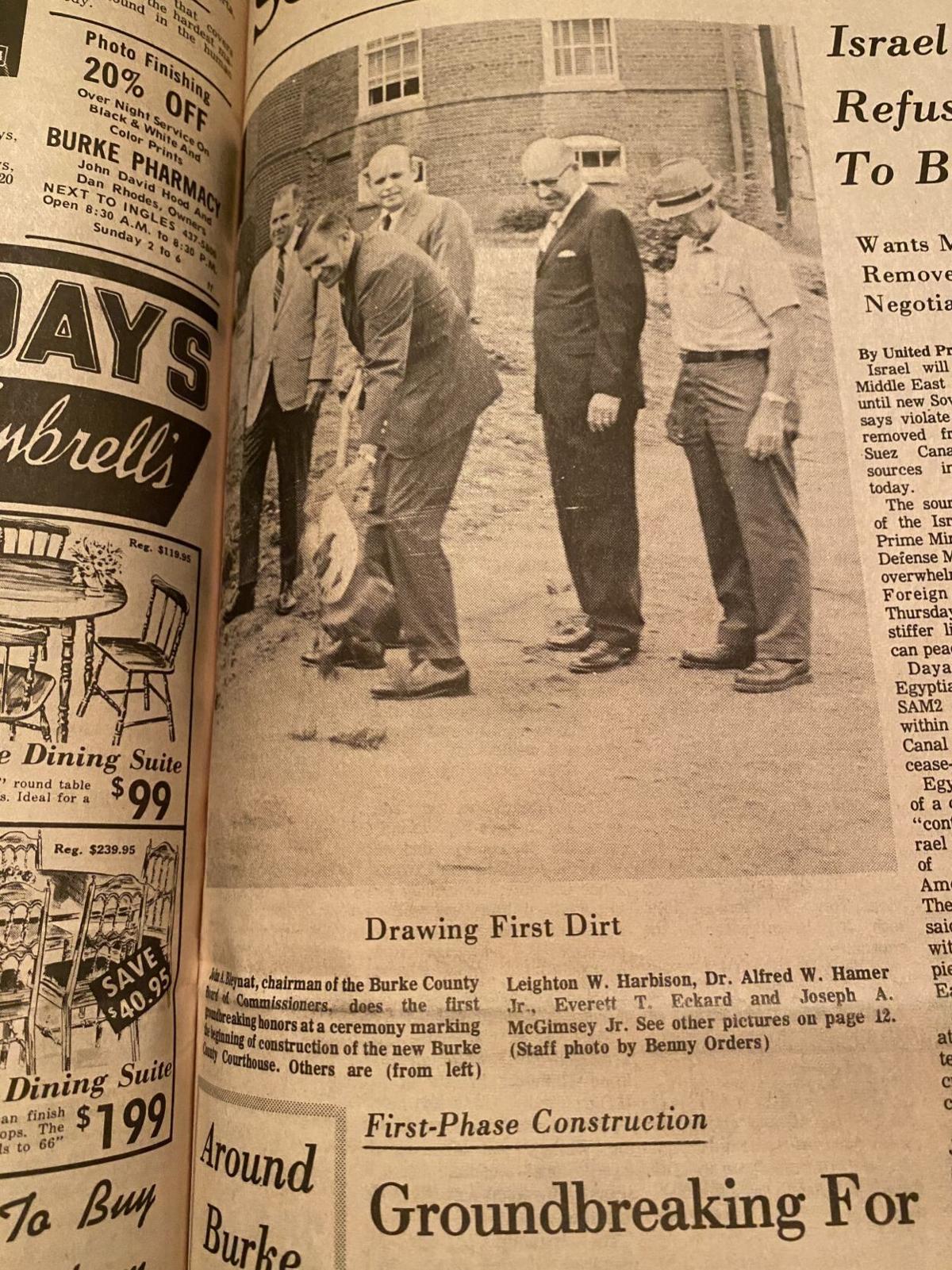 P.D. Collins of Morganton, a highway patrolman in Burke County for the past 11 years, has been promoted to sergeant.

Word of the promotion came from Capt. L.J. Lance of Asheville, commander of Troop F. Lance said that Collins would be immediately transferred to the Fayetteville headquarters of Troop B.

The new sergeant will attend a special swearing in ceremony for new officers in Raleigh Tuesday at 1:15 p.m. and will report to Fayetteville on Wednesday.

Collins will be only the second to be promoted to sergeant while serving in Burke County. M.A. Joines, now a sergeant in Pearson County, was the first local patrolman to be promoted.

Collins, 36, has 14 years total service with the patrol, having served three years in Bakersville before being assigned to Morganton. Collins came here in April 1959. He joined the patrol in July 1956, and trained in Burke County before being transferred to Bakersville.

To be MP: Kenneth E. Bollinger, son of Mrs. Marie Bollinger of 106 Regan Street in Morganton, finished basic training at Lackland Air Force Base in Texas on Monday and will go to military police school next. He volunteered for the Air Force and reported for duty in July.

Promoted: Paul Smith of Glen Alpine has just been promoted from E-2 to PFC in the Army and also has received a special military award for safe driving while on job training. He has been at Fort Lewis, Washington for the past three months with the Army’s 497th Transportation Company. He is driving 2 ½-ton trucks and so far hasn’t put a scratch on one. The son of Mr. and Mrs. Dewey Ray Smith of Glen Alpine, he took his basic training at Fort Bragg. Now he is home on an 18-day leave, which began on Aug. 1.

A groundbreaking ceremony at 5 p.m. Thursday will mark the beginning of the first phase of construction of the new Burke County courthouse. Since courthouses here are built about every 135 years, as one sage put it, county officials are not letting the event go unnoticed.

The site of the new courthouse is on former Burke County School Board property on South Green Street, the site of the old Central School between East Union and Concord streets.

Henningson, Durham and Richardson, architects of the first phase, will furnish the silver shovel they keep just for such occasions to John A. Bleynat, chairman of the Burke County Board of Commisioners, and construction will begin immediately, with retaining walls being built first.

The contractor, C&L Builders of Morganton, and officials of Morganton, Valdese, Drexel and Glen Alpine have been invited to attend the somewhat rare occasion. A local minister will give to invocation, which will be followed by a talk by Judge Sam J. Ervin III, who is a member of the courthouse advisory committee chaired by Valdese attorney Harold Mitchell.

The new building, oblong and running east and west on the south side of the tract, will cost the county about $380,000. County officials are proud of the fact that the first phase is being built without additional taxes.

Officers found 100 gallons of non-tax-paid whiskey in the trunk of a 1959 Dodge at about 3 p.m. on Sugar Loaf Road, where the car had been abandoned. Involved in the investigation are ABC officer Fred Hennessee, Burke Deputy Lee Brittan, ABC officer Bob Devinney and Deputy Bob Coggins. No charges have been filed, but an investigation is ongoing.

Know what? The England Brothers wholesale building on Jamestown Road looks good. The firm has grown quite a bit since its start.

Come to think of it, Morganton has quite a few real nice apartment buildings and is getting more every day. Let ‘em come — we can use them, as a growing city must have new places for our people to live.

Years ago, many folks thought they had to have a chicken lot, a pigpen and a woodpile. They were the ones who wanted the town to stay like it was and prompted the slogan, “Morganton will grow whether we like it or not” to get started.

Frankly, we think it is time to do something about the bus station in Morganton. Who in the dickens wants to go halfway to High Point to board a through bus?

Retrospect: Do you remember when mollypops grew wild in the fields and the kids enjoyed eating them? And the large windmill at the Phifer homeplace on West Union Street? Whatever happened to the wagon loads of food that came to town daily? Oh yes — they are gone now, replaced by oil and gas trucks. Did you know that years ago, the parsonages of the First Baptist Church and the First United Methodist Church were side by side on South King Street?

This article is sponsored by the History Museum of Burke County, where the archives of the News Herald are stored. Jimmy Rhyne is the researcher of the archives.

The mystery of the borrowed ladder

My old friend Buster came by early the other day to borrow our extension ladder. We sat 6 feet apart on the deck and watched cardinals, finche…

There’s a new furry face at the Morganton branch of the Burke County Public Library.