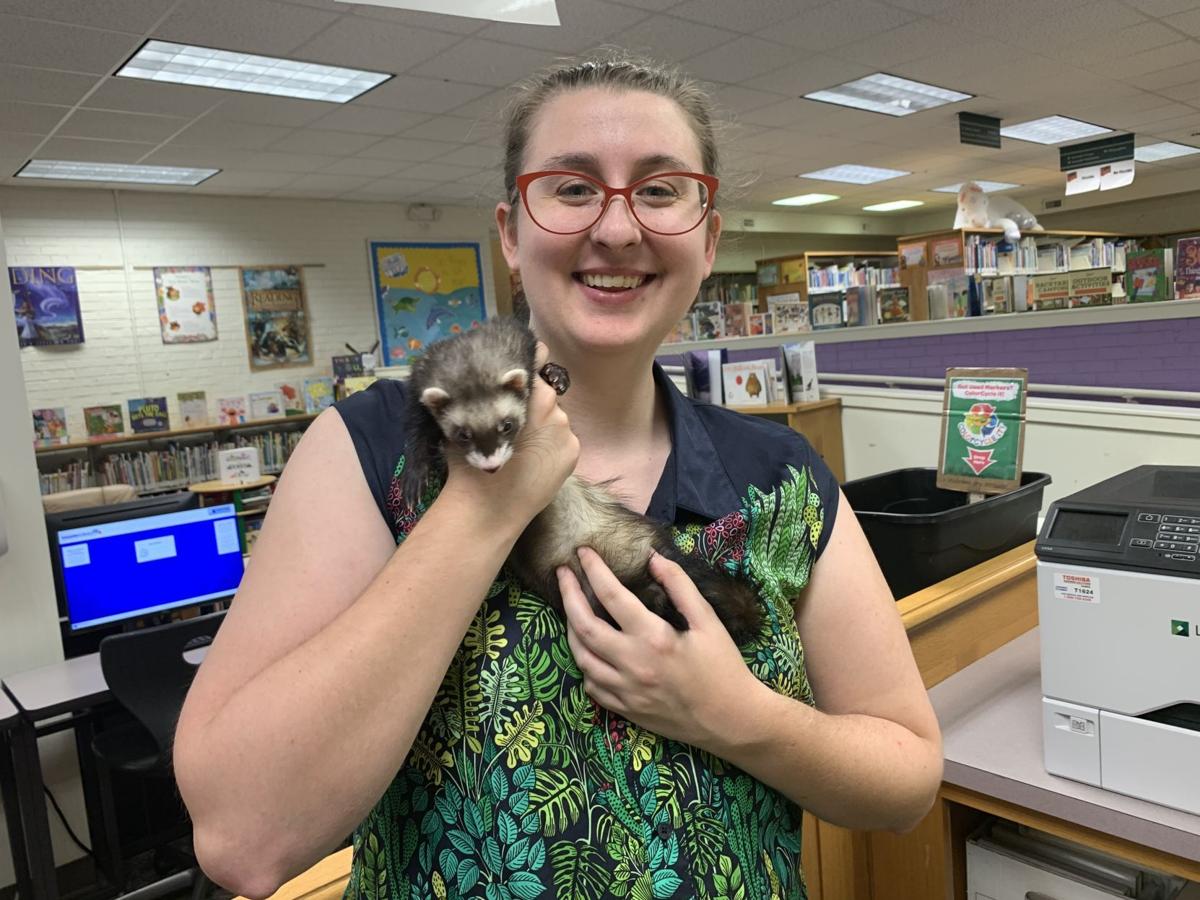 Irina Fein, a library assistant with the Morganton branch, holds Snickers the ferret. 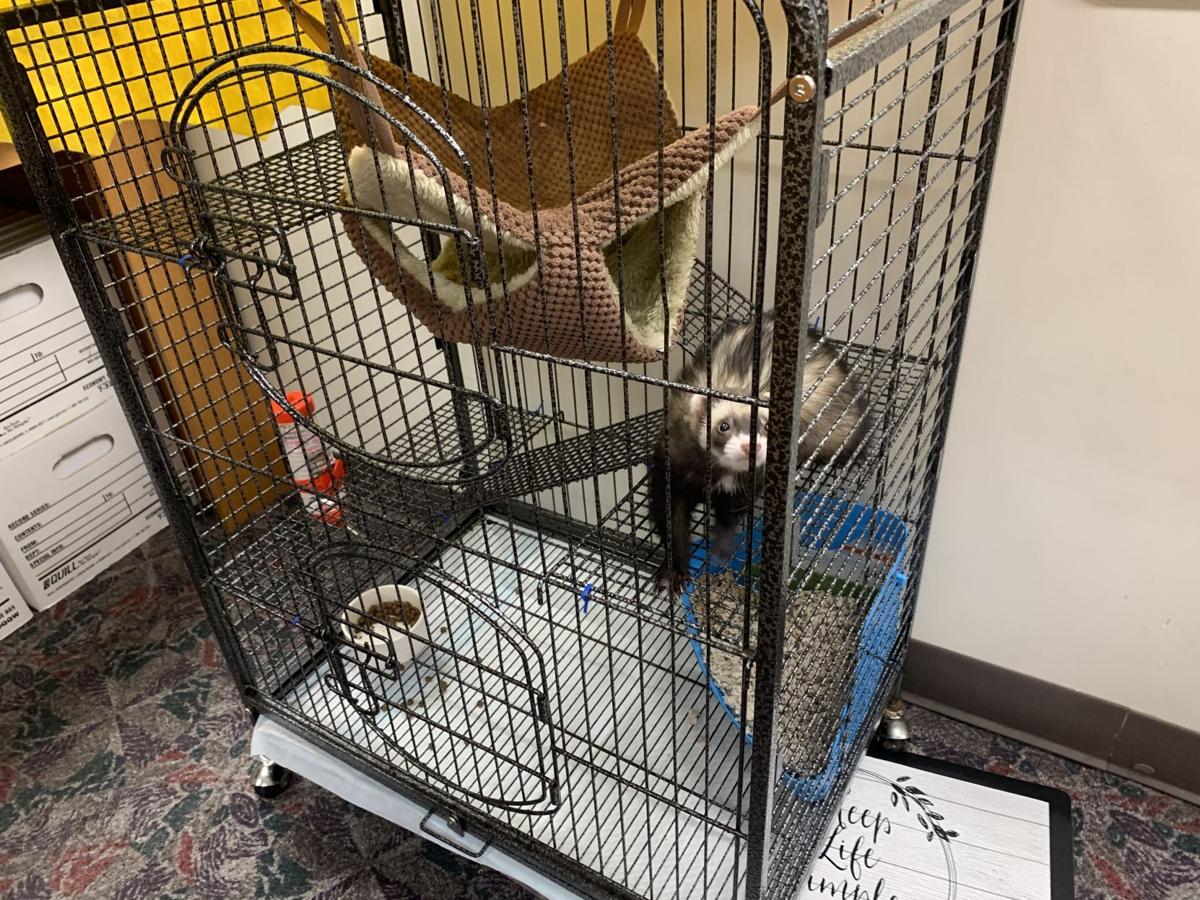 Snickers is pictured in her cage at the Morganton branch of the Burke County Public Library.

There’s a new furry face at the Morganton branch of the Burke County Public Library.

Snickers the ferret is the new mascot for the library, taking over for Dewey the Syrian hamster, who died on June 18, according to Halee Hildebran, youth services program coordinator for the library. Dewey called the library home for 2 ½ years.

“Dewey rolled around in his hamster ball frequently to visit children as they picked out books to take home,” Hildebran said. “He was a favorite of many of our regular library patrons.”

Shortly after Dewey’s death, she saw a Facebook post in which a local family said they wanted to re-home one of their ferrets.

“I contacted the family to get more information, and youth services staff also read up on ferrets before making a decision,” Hildebran said. “Dewey was well loved by our patrons, so we knew we needed another library pet. We looked for small pets with a longer lifespan than a hamster that we felt we could reasonably accommodate in the library. We looked at several options, but ultimately chose Snickers, because she needed a new home and had already been socialized with children. When she came for her library visit, she seemed like a good fit.”

Snickers was officially adopted on July 6. In addition to greeting children who visit the library, she also will have her own program.

“We plan to start a ‘Read to Snickers’ program soon,” Hildebran said. “Families will be able to schedule an appointment to come and choose books they would like to read to Snickers. We will be sharing more information about this soon. Snickers will love the extra attention.”

Snickers is adjusting well to her new life and job at the library.

“We have kept her habitat the same as it was with her previous family, and we are feeding her the same food,” Hildebran said. “She gets exercise time in the morning and afternoon where she runs around the children's room, our office areas or our meeting room. We have also purchased a play pen and toys for her to play in during the day. We have noticed she is very social and loves attention.”

Hildebran said the best way for local youngsters to meet Snickers is to make an appointment to check out books in the children’s room by contacting the library at 828-764-9260.

The mystery of the borrowed ladder

My old friend Buster came by early the other day to borrow our extension ladder. We sat 6 feet apart on the deck and watched cardinals, finche…

Japanese beetles are hatching now, and they are already laying next year’s eggs in the soil.

Irina Fein, a library assistant with the Morganton branch, holds Snickers the ferret.

Snickers is pictured in her cage at the Morganton branch of the Burke County Public Library.