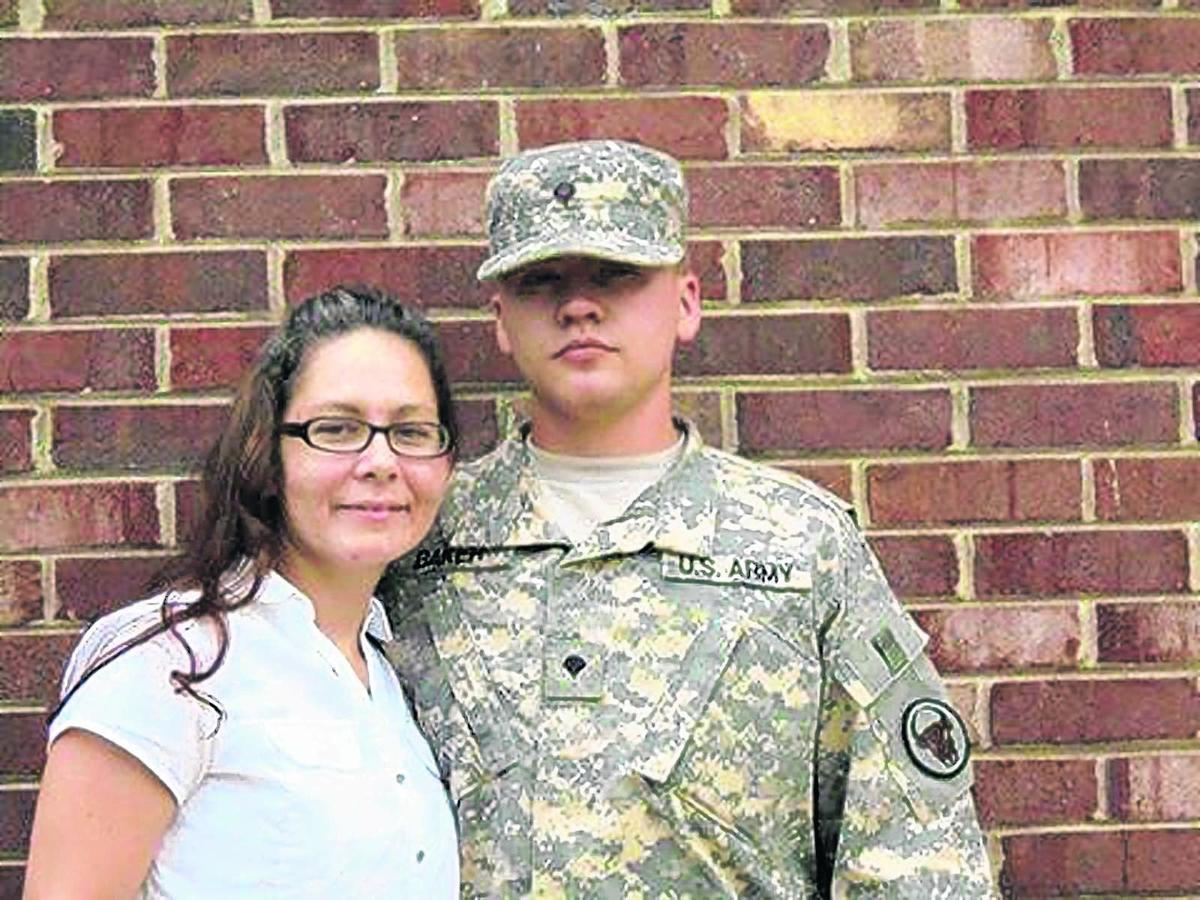 Kathleen Hartnett and fiancé Brad Baker were recently named the winners of the Operation Marry Me Military contest for Mecklenburg County. The couple will wed on Veterans Day. 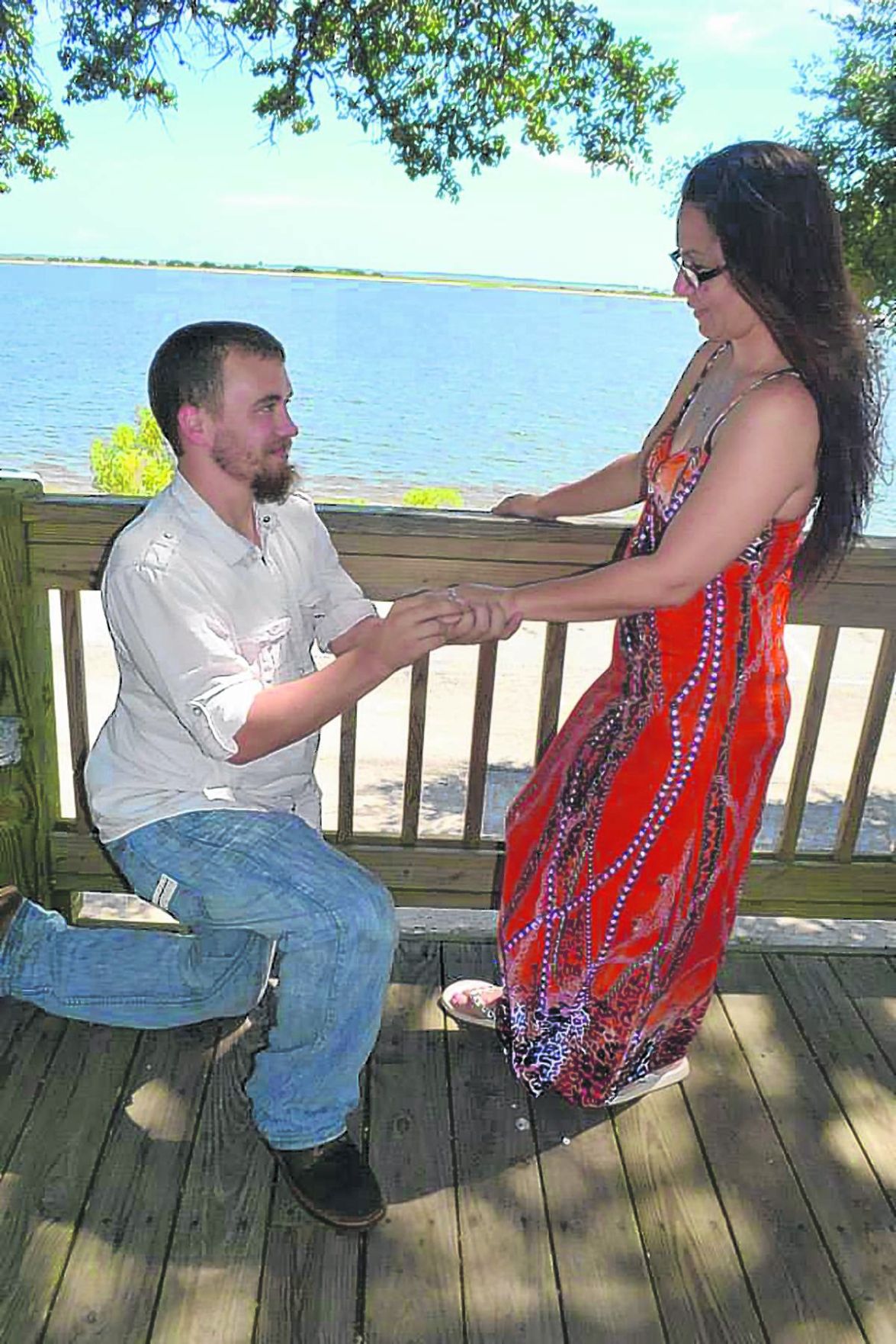 Kathleen Hartnett accepts fiancé Brad Baker’s proposal one year ago. The couple will be married on Veterans Day.

Wedding plans are on a fast track for one local couple.

In mid-August, Burke County resident Kathleen Hartnett was notified that she and her fiancé, Brad Baker, were the winners of the Operation Marry Me Military contest for Mecklenburg County.

The contest is open to anyone who is active military, and couples accepting the complimentary service must agree to be married on Veterans Day, organizers said.

Alecia Davis-Geddings, who started the idea of Operation Marry Me Military in Brunswick County in 2011, notified the couple.

The contest has married couples from all over the nation here in North Carolina and the winning couple is chosen by a panel of judges who are usually former military, Geddings said.

“Every year, we have different counties who sign up and are on board,” Geddings said. “We’ve married over 30 couples through Operation Marry Me Military.”

Hartnett and Baker will exchange nuptials at the Alexander Homestead in Charlotte and Heidi Crowder Wedding Designs is helping the couple with planning.

“I really enjoy being able to give back to the military for all that they do for us,” said Crowder, who got involved with the idea four years ago.

The wedding is paid for through in-kind donations of services from professional wedding vendors from the hosting county, Gedding said. Items donated include the wedding/reception venues, music, flowers, reception food for up to 50 people and a DJ, and they have to provide lodging for three nights.

Crowder is the host for Mecklenburg County and all of the services provided for that wedding are from within that county, Geddings said.

“Nothing financially is exchanged. All donations are goods and services,” she said. “It’s the way the community wants to give back. The crux is that vendors are uniting to come here for the cause to give back.”

Hartnett said she and Baker dated nearly four years and she said, “I do,” when her fiancé took a knee oceanfront, one year ago on Aug. 29.

She described the sunset proposal as, “romantic.”

“He took me to the beach for a weekend on Aug. 29 2014, and he encouraged me to go for a late evening walk to look for seashells,” she said. “As we were walking along the shore he stopped me, got down on one knee and proposed.”

With less than three months to plan her wedding and juggling a hectic schedule, Hartnett’s calendar is filling up. She said it takes careful planning to make the many out-of-town appointments with vendors.

“I write everything down and take one day at a time,” she said. “Brad and I communicate daily — sometimes more than once.”

The two have busy schedules and both work multiple jobs.

Hartnett is a paramedic with both Rutherford and Burke counties and works between 48-72 hours a week as an emergency medical technician of the paramedic level.

“I provide pre-hospital medical care to the sick and injured,” she said.

Baker served an 18-month tour in Afghanistan in 2011 and presently works as a mechanic and at an auto parts store. He is active military with the U.S. Army Reserve.

Hartnett said the call to duty can come at any time, but with a long line of military service in her family, she understands.

“It’s a long, long line — we are a military-strong family,” she said.

Geddings said her father’s service in the 82nd Airborne Unit fostered her appreciation for the military.

“I just thought I would offer a free wedding to an active military member,” she said. “I would like to challenge all counties to do this. Our sole purpose is giving back to those that give their all. You are a hero… if you’re a member of our armed services.”

Hartnett said she is marrying her hero.

“I just want people out there to know how much our military should mean to each one of us. I tell people all of the time I have a hero and my hero doesn’t wear a cape, he wears dog tags,” she said. “I really hope civilians start recognizing how much they (military) do sacrifice and how much they give for all of us — it’s important.”

For more information or an application, email operationmmm@gmail.com.

One of Burke County's favorite local celebrities got to meet a star from Hazzard County.

No smoke on golf course sale, but fire for city training

There’s no smoke yet on a sale of the former Quaker Meadows Golf Course, but there is fire for a different reason.

Kathleen Hartnett and fiancé Brad Baker were recently named the winners of the Operation Marry Me Military contest for Mecklenburg County. The couple will wed on Veterans Day.

Kathleen Hartnett accepts fiancé Brad Baker’s proposal one year ago. The couple will be married on Veterans Day.