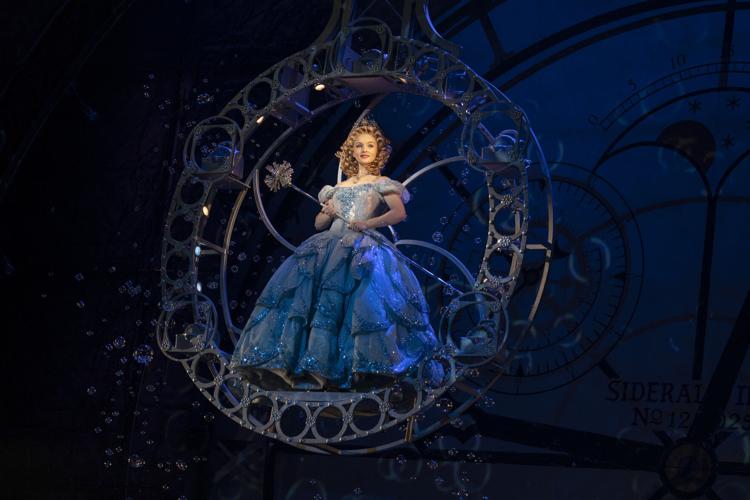 Jenafer Newberry plays Glinda in the touring production of "Wicked." 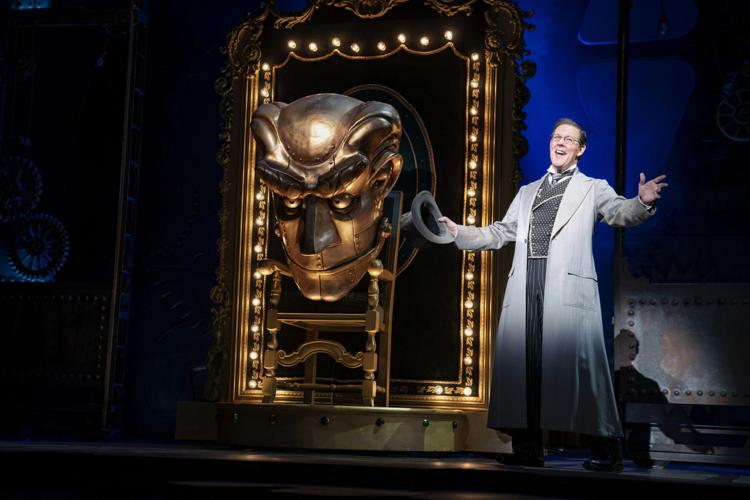 When a show is as popular as “Wicked,” there are heightened audience expectations, says actor John Bolton.

“People are returning for the second, third, fourth or fifth time because it’s such a beloved property,” he says. “Folks are expecting more.”

And deservedly so. “The show reveals itself to you in a new way every time,” says Bolton, who plays the show’s Wizard. “I don’t make my entrance until about an hour into the show. So I listen to it from my dressing room and the wisdom of the script reveals itself to me nightly.”

Based on “The Wizard of Oz,” “Wicked” tracks the friendship between Glinda, the good witch, and Elphaba, the wicked witch. It paints a different scenario than the one in the beloved MGM movie and it references its classic characters in interesting ways.

While Bolton was already established when the show premiered on Broadway, he hadn’t been in a position to audition. “I was a lifelong fan of ‘The Wizard of Oz,’ which has led to a career in general, and I love and respect the original novel, ‘Wicked.’”

Bolton, the star of such hits as “Curtains,” “Titanic” and “Anastasia,” warmed to Stephen Schwartz’s score, too, and listened to the original cast album so he could be prepared if and when a role might come open.

As the pandemic began to ease, he got the call…and hesitated. “During the pandemic, our home became such a safe haven. The idea of leaving it for a long chunk of time was not on my priority list, but it’s a show I really love and respect.”

Bolton sided with “Wicked” and agreed to be the Wizard in the national tour. “It was like jumping onto a very quickly moving train,” he says. “It’s a well-oiled machine and audiences go nuts for it every night. It was a big responsibility.”

Thankfully, “Wicked” isn’t so set in stone that Bolton can’t add his own flair. “The long list of actors who played the Wizard reads like a who’s who of my absolute heroes. If I were to go on stage and just imitate Joel Grey (the show’s original Wizard), the audience wouldn’t be getting a very good Joel Grey imitation. I’d be shortchanging myself and the show.”

Joining an established show is much different that creating a role in a new property.

“Starting a show from scratch is absolutely terrifying,” the 56-year-old New York native says. “You have no idea what you’ve got and you hope it’s good. And then, you hope that when the show moves they use you and they don’t rewrite your part. When I’m doing a new show out of town, I try to claim that role as best I can and put in a high kick here and turn there…just so that no other actor in the world has the qualifications to play that role. You’re trying to claim it as much as you can.”

Among his achievements: Creating roles in the original casts of three Tony Award-winning best musicals: “Spamalot,” “Contact” and “Titanic.”

“It’s like winning your championship, your Super Bowl,” Bolton says.

While he wasn’t able to appear on stage during the height of the pandemic, the Broadway veteran did shoot episodes of three different television shows. COVID protocols were in place and actors were safe.

“In one show, I didn’t even see the face of the lead until we were rolling. That was a little odd because you’ve got the pressure of the whole crew around you and, all of a sudden, you see this beautiful woman’s face for the first time.”

An adjunct professor at Pace University, Bolton says he likened the pandemic to going “into the woods”: “We’re just going into the woods for a bit, but we’re going to come out wiser and stronger.” He encouraged young people to stick with their dreams and write about their experiences.

Bolton, meanwhile, concentrated on his garden and embarked on another project: He watched every Oscar-winning Best Picture in order.

“Once you realize that it wasn’t always the best picture of the year that won, you sort of go where the emotional groundswell brings you. You understand why ‘How Green Was My Valley’ beat ‘Citizen Kane,’ the greatest film ever made.”

And that garden? It’s on hold for a while. Bolton will be in the national tour of “Wicked” until February 2023.

Jenafer Newberry plays Glinda in the touring production of "Wicked."