Members of Bigfoot 911 said they captured images of a Sasquatch-type creature along the shoreline of Lake James after 1 a.m. Saturday and the claim is getting statewide attention.

John Bruner, founder of Bigfoot 911, said he and three other members used a boat Friday night and past midnight on Saturday to scout some locations for future expeditions. They were on the Linville side of Lake James.

“We were actually just scouting for new locations for searching Bigfoot,” he told The McDowell News. “The only gear we had were the night vision cameras.”

Bruner said his group had previously heard from witnesses who reported howling sounds on the Linville side of the lake so Bigfoot 911 members thought it was worth checking it out.

“All of our research has been on the Catawba side,” he added.

The Bigfoot 911 members found a cove on the Linville side. When they got to the mouth of the cove, they turned the boat’s motor off and let it float.

“We immediately heard movement on both sides of the cove,” said Bruner. “Then we started hearing wood knocks.”

Bruner and the others had two night vision cameras and started scanning the shoreline.

“I immediately locked on to this creature and watched it for five minutes,” he said.

The creature was swaying from the left to the right and Bruner took 121 pictures of it. The Bigfoot 911 members were about 50 yards away from the shoreline.

“The whole time I was watching this thing, we could hear tree knocks and this figure that I saw was not the one doing the knocking,” he said. “There had to be three ones at least.”

After about five minutes, the creature walked away. But the four members of Bigfoot 911 continued to hear tree knocks and whistling sounds for another 45 minutes coming from the dark woods along the lake.

Bruner said Bigfoot 911 intends to go back to that spot and do a three-day expedition and gather more evidence.

“This area where we saw this is a 5-mile walk from Paddy’s Creek campground, he said. “The easiest way to get there is by boat.”

Bruner said he and the others did not feel like they were in any danger during this incident. “Those things just want to be left alone,” he said.

The photos captured by Bruner were posted on Bigfoot 911’s Facebook page.

“I blew it up on my tablet and then studied the pics under an old school magnifying glass,” wrote GL Johnson on Facebook. “Definitely a creature there and in this pic you can see not only a very faint outline of a face but also a second creature leaning out to the right from behind a tree. IMHO it’s the real deal. It’s no shadows.”

Another person was not so sure.

“I think it’s just where there was no foliage or trees kinda like a trail or opening of some sort,” wrote Kristi Dodson.

So far, The Charlotte Observer, WBTV and other media outlets across the state have reported on the sighting. 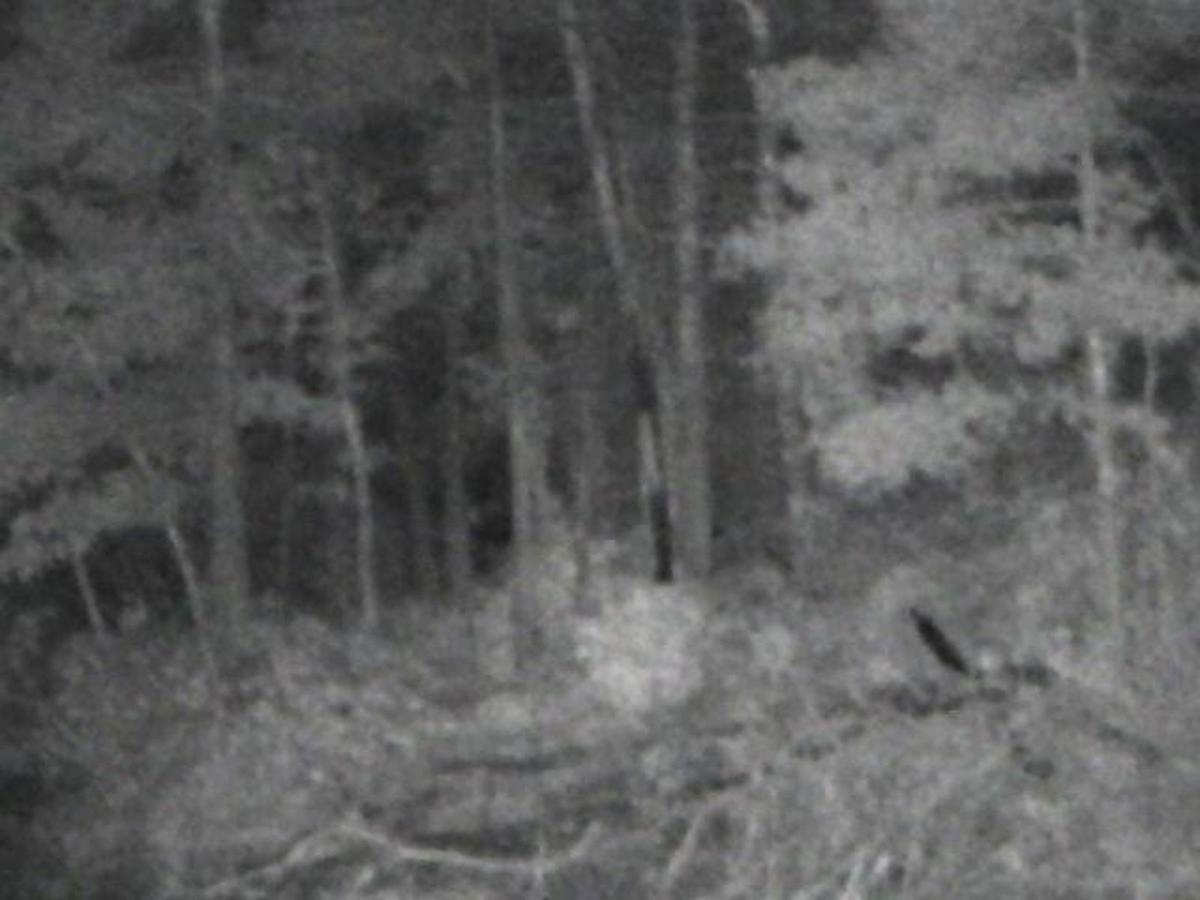 Members of Bigfoot 911 said they captured images of a Sasquatch-type creature along the shoreline of Lake James after 1 a.m. Saturday. John Bruner, founder of Bigfoot 911, said he and three other members used a boat Friday night and past midnight on Saturday to scout some locations for future expeditions. They were on the Linville side of Lake James. This photo was taken at one of the coves at the lake by Bruner. It shows a dark figure in the middle that Bigfoot 911 members say was a Sasquatch. 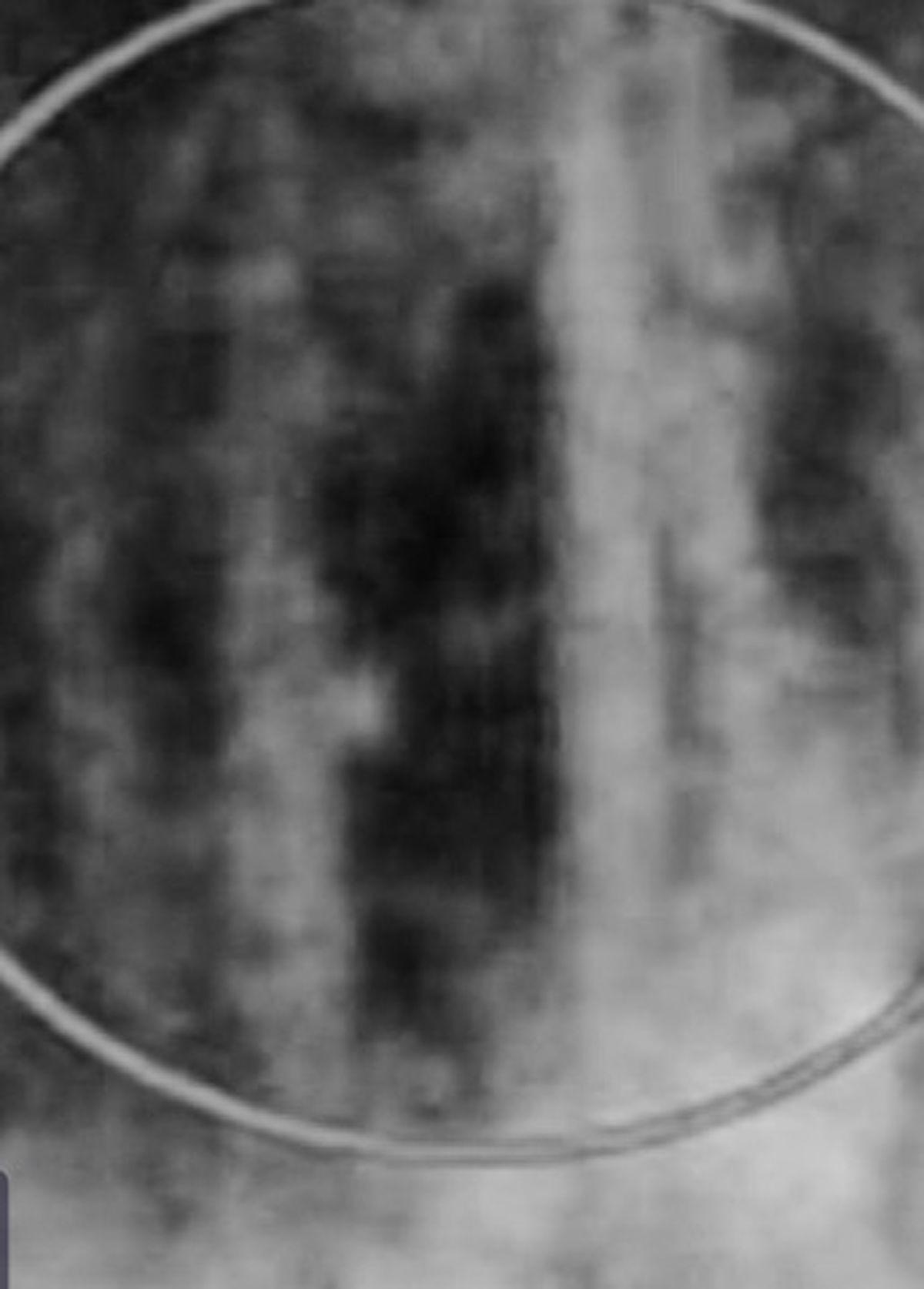 The highlighted portion focuses on the dark figure that Bigfoot 911 members say was a Sasquatch.