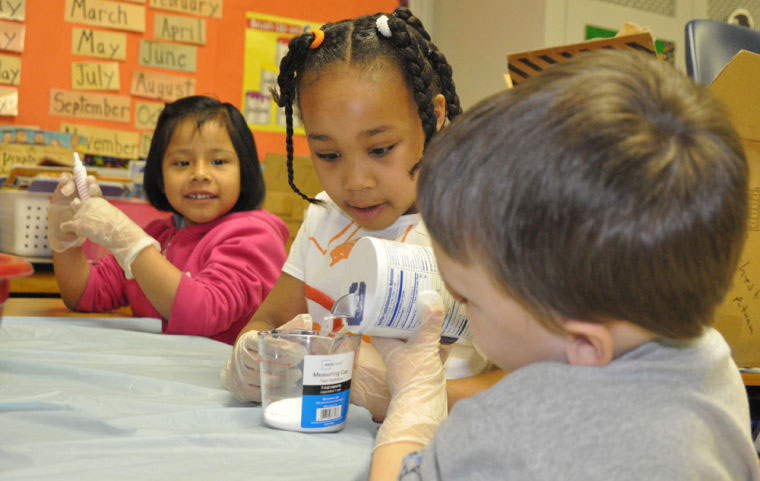 Rosi Hernandez, Kimora Horton and Zeb Causby make their own play-doh at the Sensational STEM program at Mountain Crest Elementary School in March. The STEM academy is budgeted at $332,629 for 2013-2014. 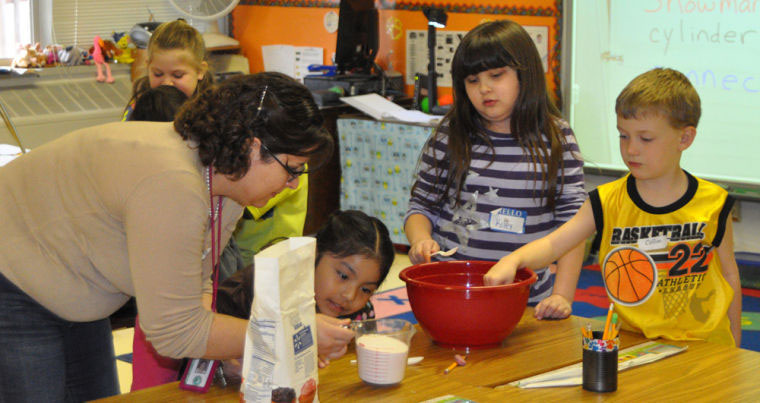 MORGANTON — Burke County Public Schools are settling in for a budget $3 million more than last year’s.

The public school budget gets revenue from state and local sources.

School administrators project the budget will receive $72,751,050 from the state and $16,347,874 from the county through the Board of Commissioners..

Taxes, lottery funds and court fines and forfeitures contribute to that sum.

An additional $2.7 million is expected to come out of the school system’s fund balance, or savings account.

The school system projects $4.5 million will be left in the fund balance as of July 1, the beginning of the next budget year.

Burke County Public Schools estimates a little more than $9 million will be available from grants in 2013-2014. This is up from last year’s estimate of $7.1 million.

This year, $332,629 is earmarked for the Science Technology Engineering and Math Academy.

Nine additional safety resource officer positions are added to the budget, at a cost of $264,402.

This year, extracurricular services, including band and clubs, is budgeted at $738,079.

North Carolina School for the Deaf officials won’t know their operating budget until the General Assembly completes its work.

“We won’t know until the budget is passed and signed by the governor,” said Audrey Garvin, NCSD director. “We have been given guidance; we will be in the same range, which is encouraging.”

Garvin believes the school will be able to operate within the same range of last year’s budget at $8.7 million.

“There are some procedures after it’s approved. The budget becomes law, then it will be sent to our budget manager,” she said.

Garvin said the school has met deadlines in applying for two ongoing grants, which would get the school around $8,000.

$2.7 million will come from fund balance

Rosi Hernandez, Kimora Horton and Zeb Causby make their own play-doh at the Sensational STEM program at Mountain Crest Elementary School in March. The STEM academy is budgeted at $332,629 for 2013-2014.