ROBERT C. REED/RECORD: A tanker from Case Farms in Morganton carrying chicken byproduct overturned and spilling liquid near Eighth Avenue NE. Here, a Hickory firefighter places absorbent around leaking fluid to prevent the waste from flowing into the storm drains. 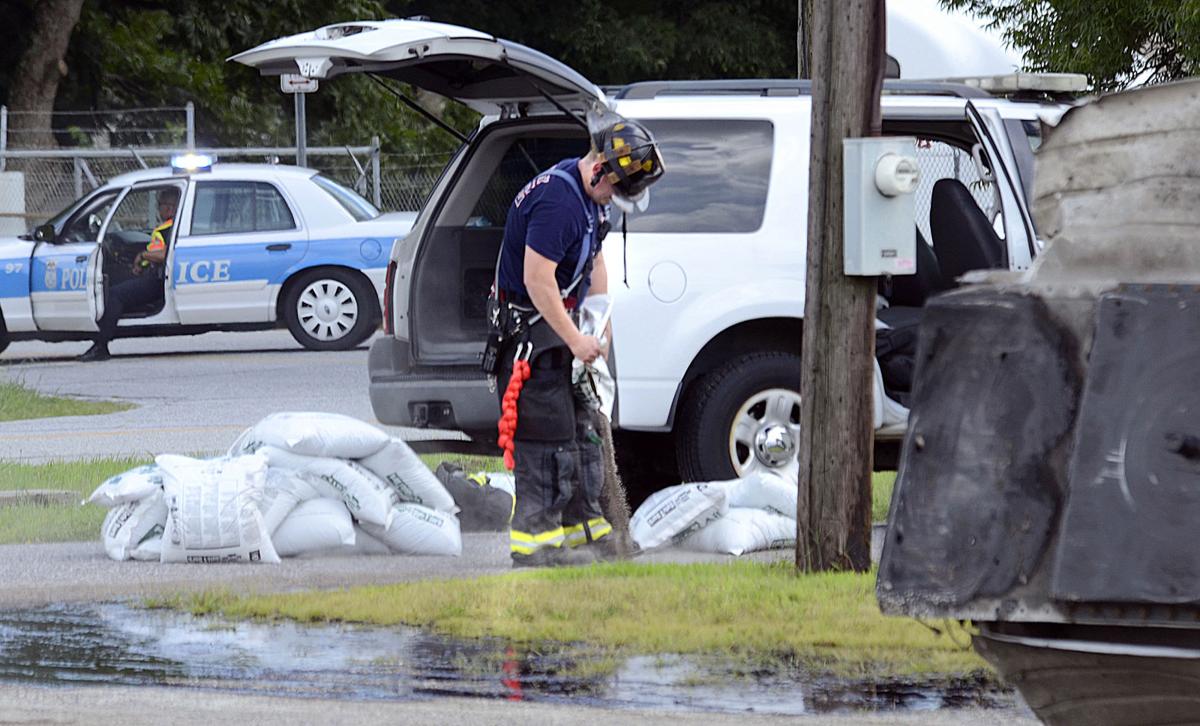 HICKORY – A Case Farms tanker truck overturned at the intersection of Main Avenue NE and Eighth Avenue NE on Tuesday afternoon in Hickory and caused Hickory Fire Department, Hickory Police Department and Catawba Emergency Services to respond to the scene.

The driver was attempting to offload the trailer and disconnect it but accidentally caused the trailer to overturn, HFD Fire Education Coordinator Terri Byers said.

The overturned truck spilled chicken byproduct or waste, according to HFD officials.

The leaking truck valve was shut by firefighters, and two fire trucks reported to the scene in an effort to turn the tanker upright, Byers said.

Firefighters, with help from public utilities and Catawba Count Emergency Services, established a dam of sand between the chicken byproduct and a nearby storm drain to prevent the waste from reaching the sewer system.

The tanker truck was operated by a single driver. No injuries were reported in the incident.

This incredibly small reptile species was just discovered in Madagascar

Underwater Santa puts on a show at Seoul aquarium

Underwater Santa puts on a show at Seoul aquarium

Those looking for a way to laugh off some Thanksgiving calories may find it Friday night in downtown Morganton.

Pets of the week at Burke County Animal Services

Check out the animals of the week at Burke County Animal Services.

ROBERT C. REED/RECORD: A tanker from Case Farms in Morganton carrying chicken byproduct overturned and spilling liquid near Eighth Avenue NE. Here, a Hickory firefighter places absorbent around leaking fluid to prevent the waste from flowing into the storm drains.