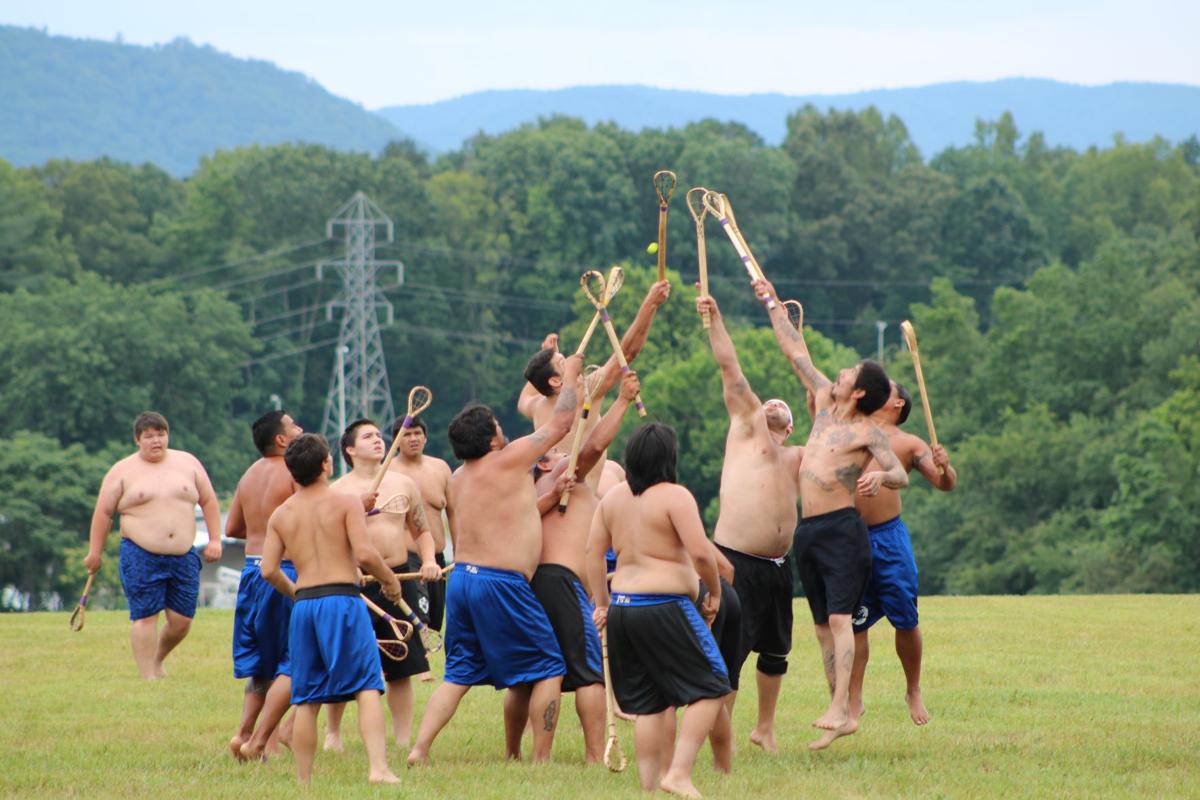 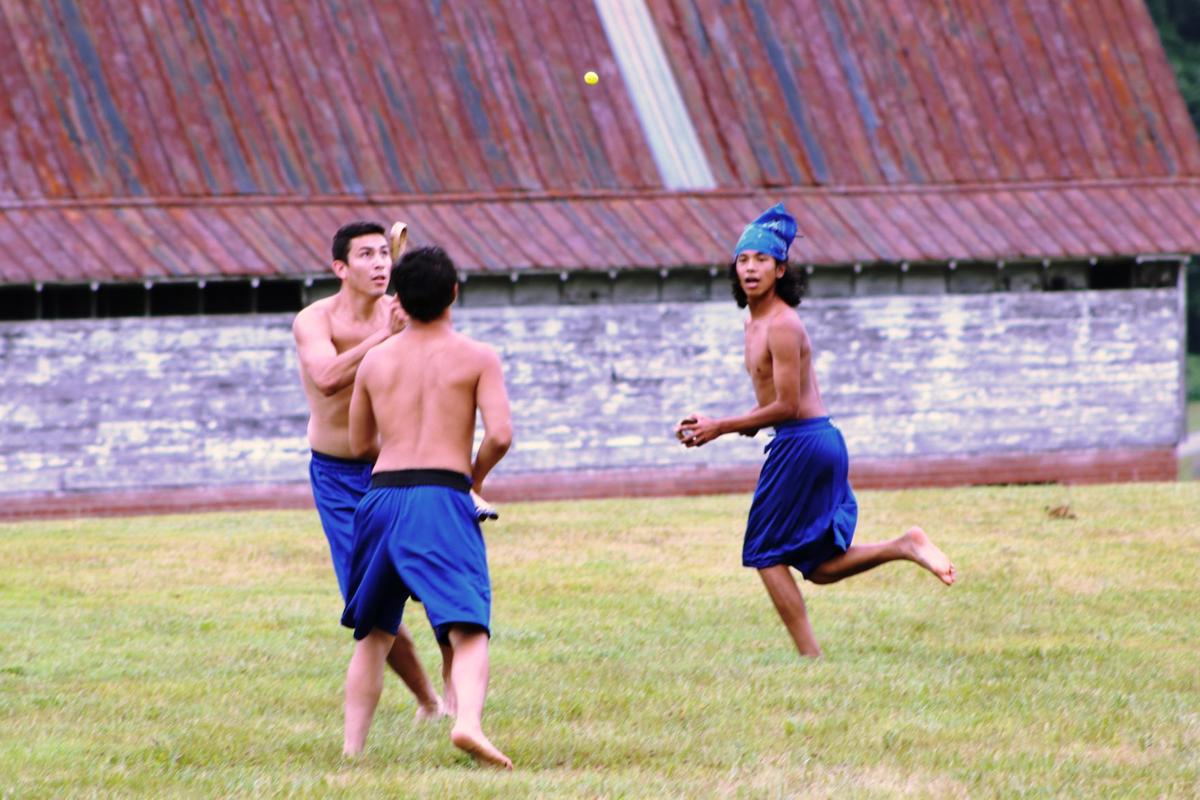 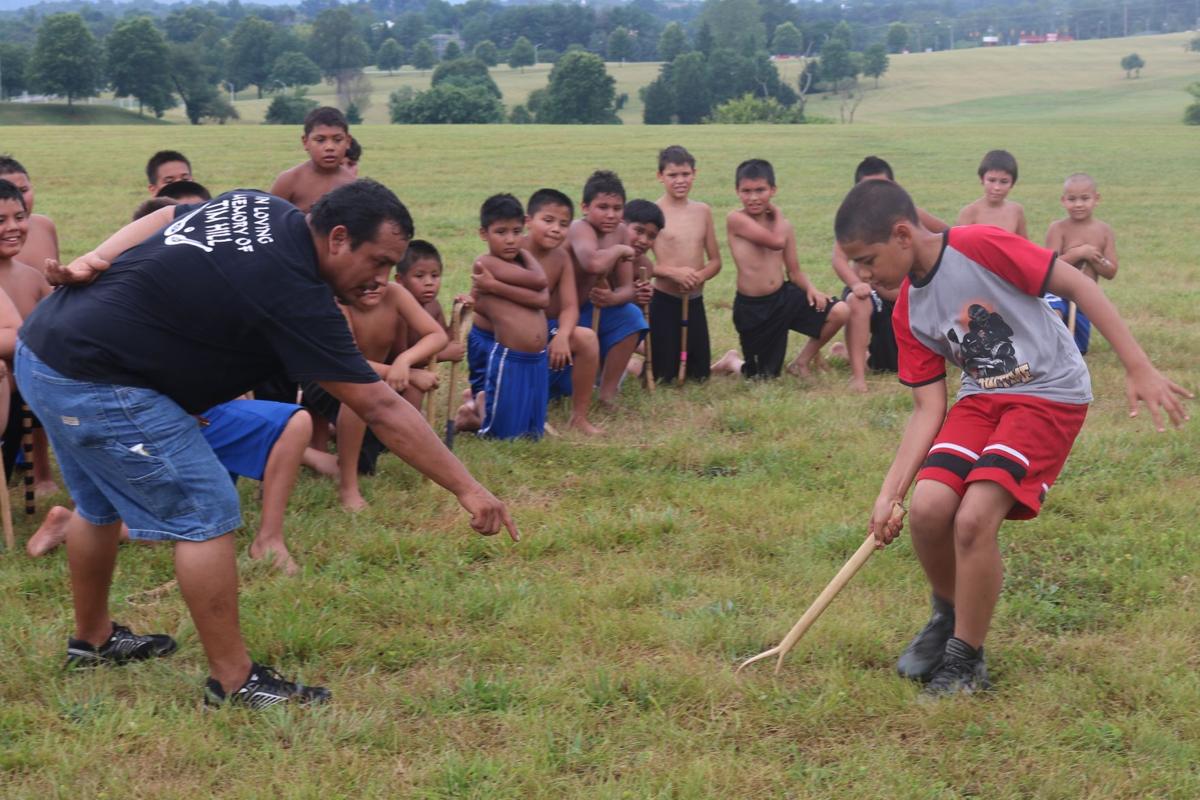 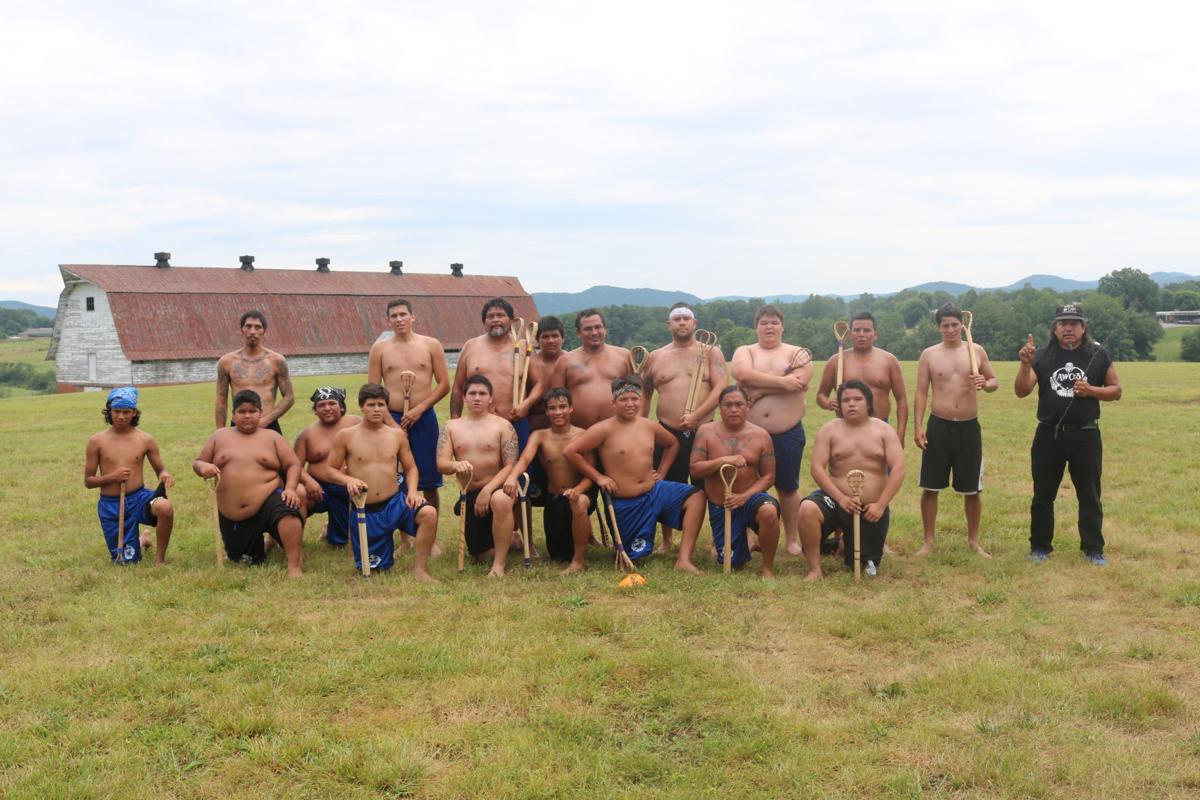 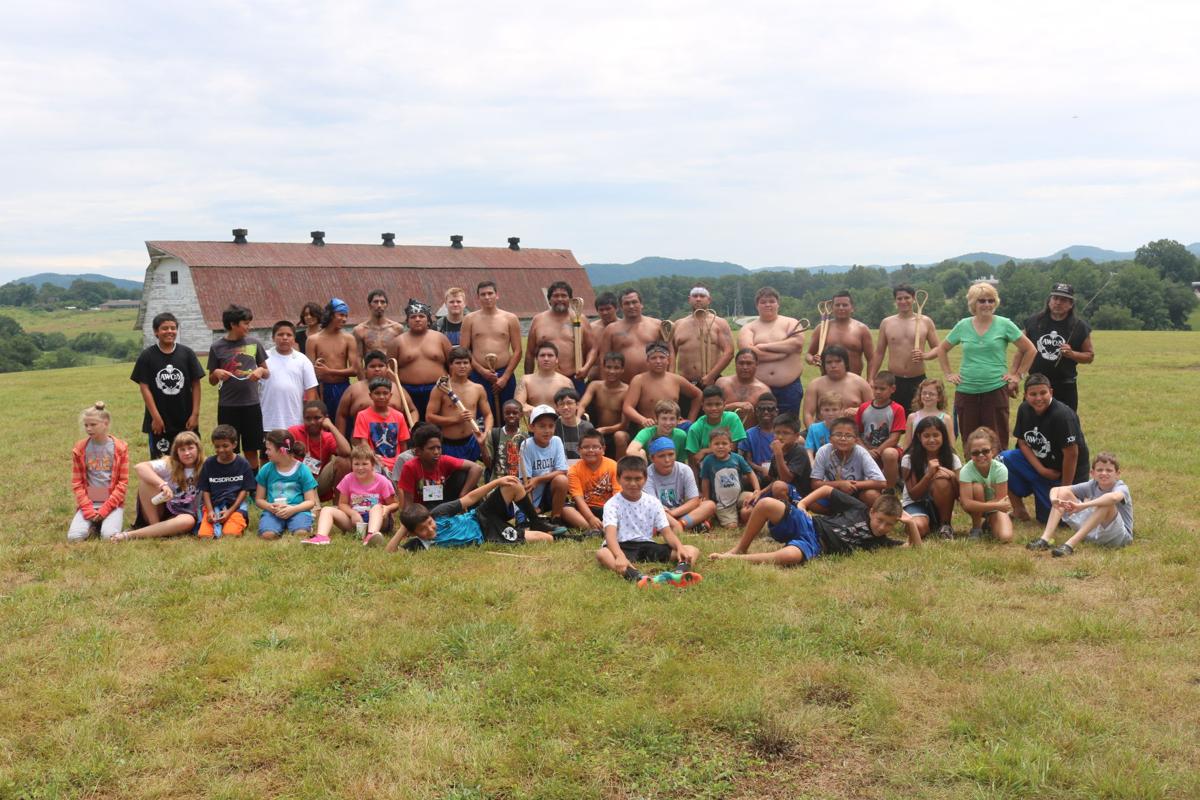 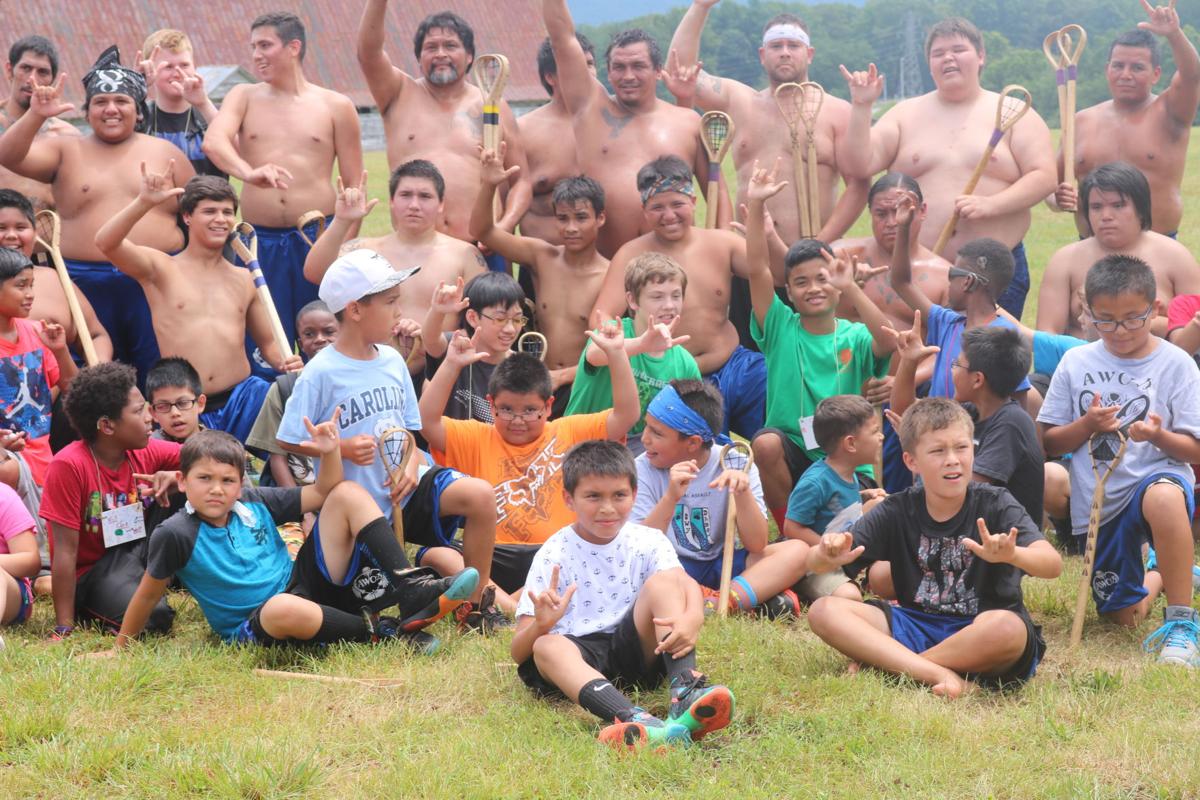 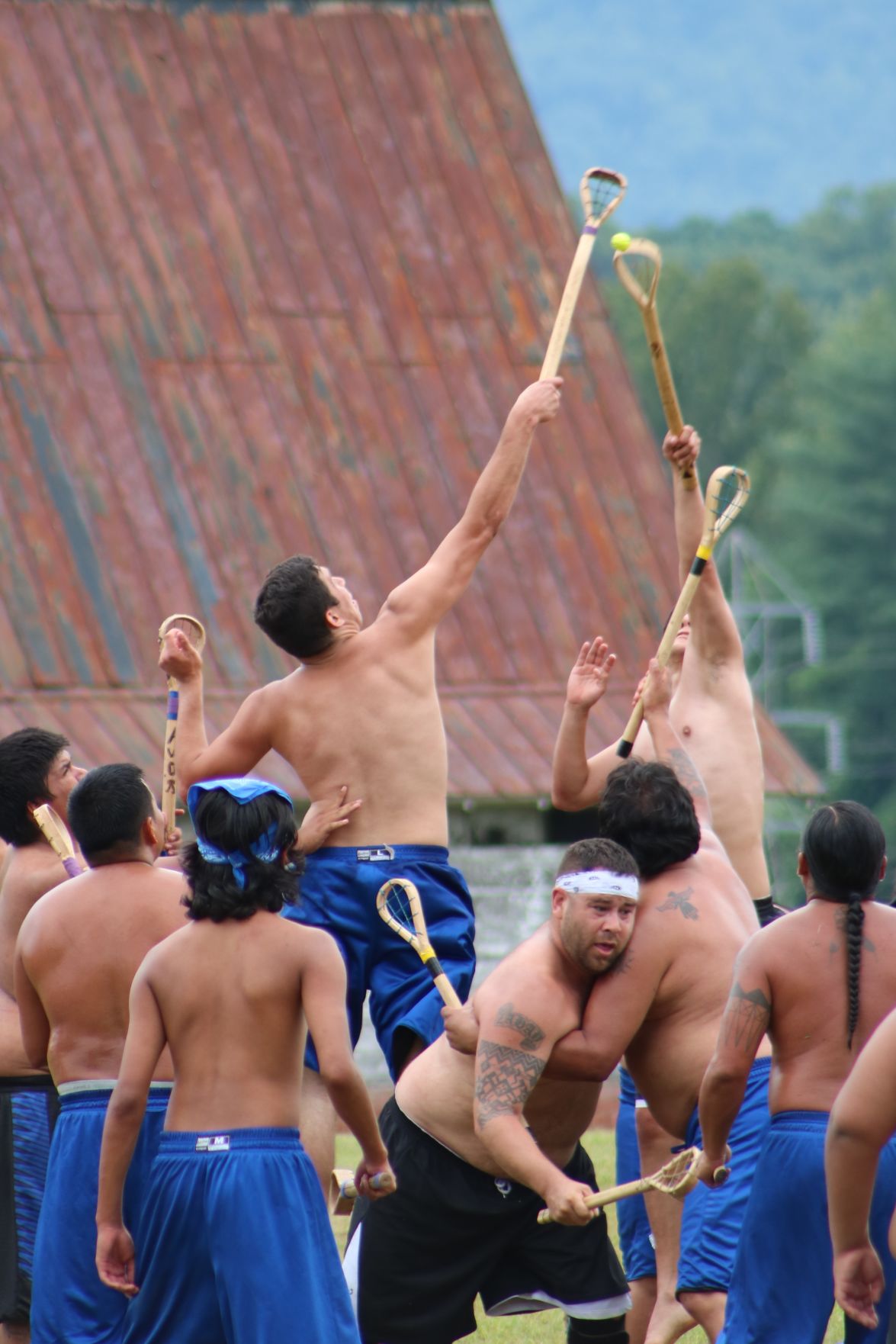 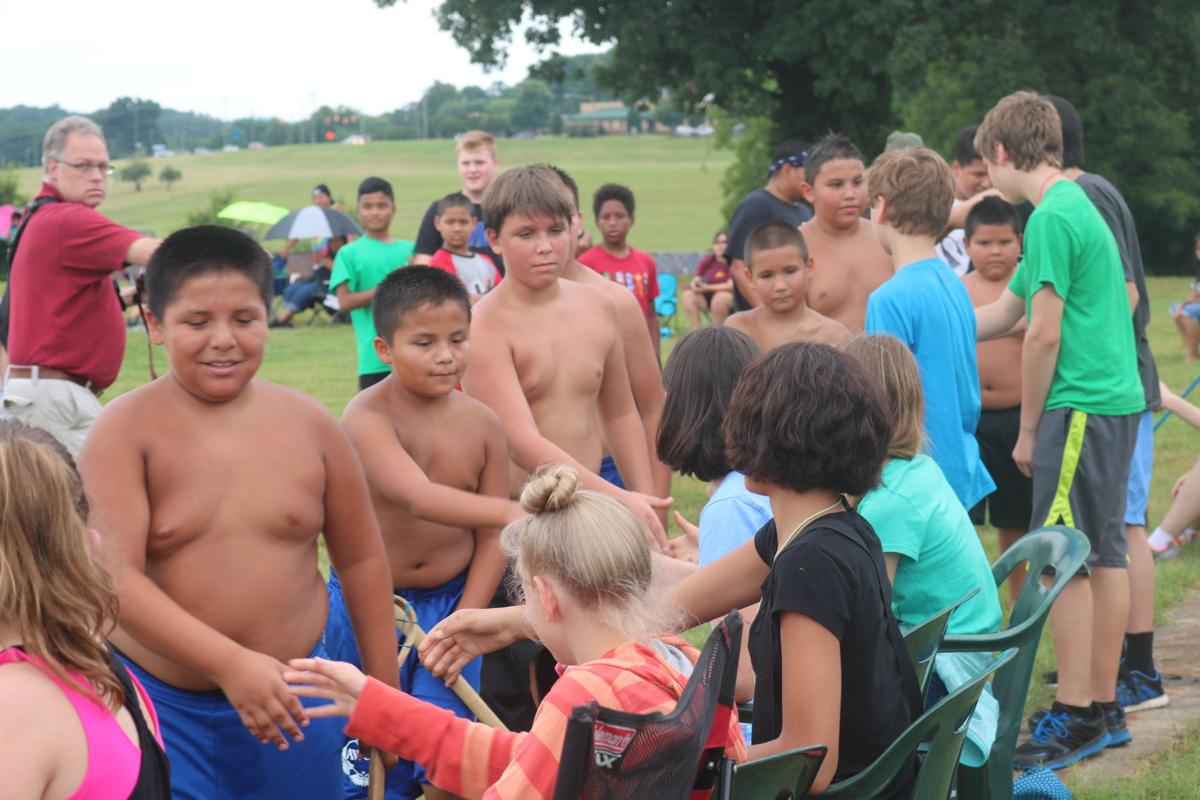 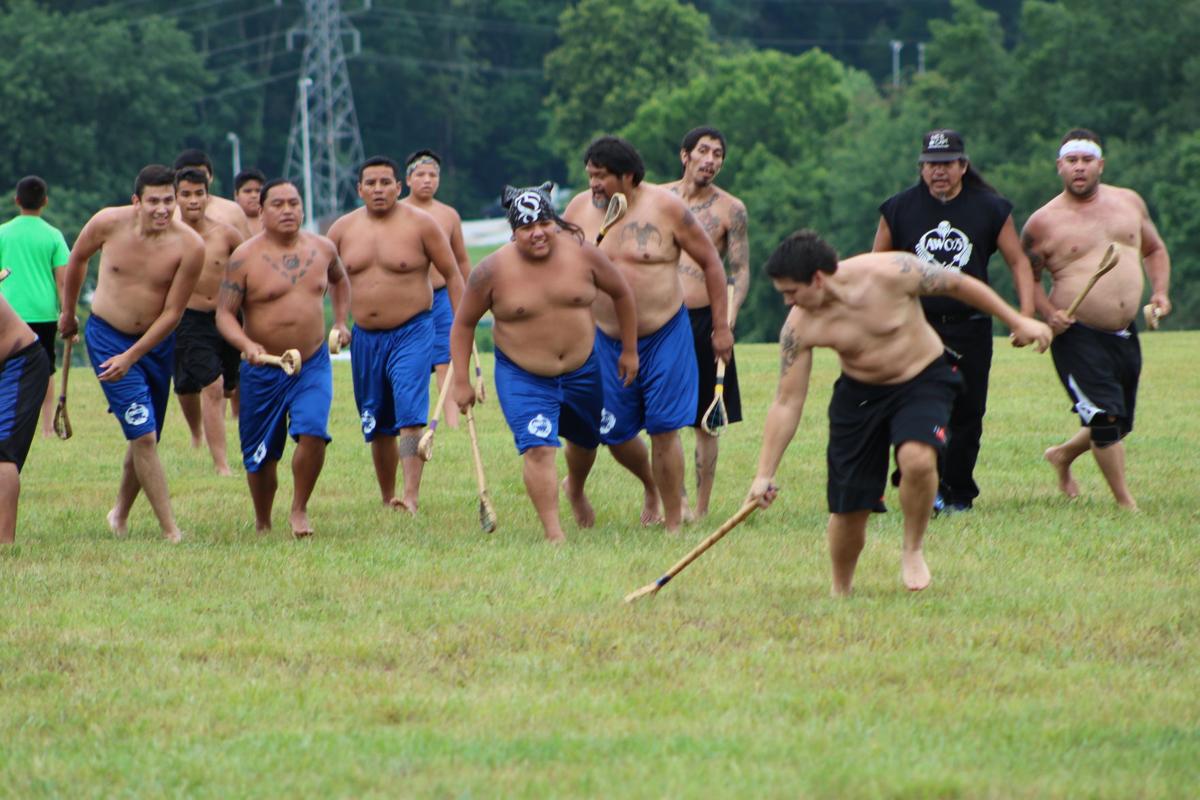 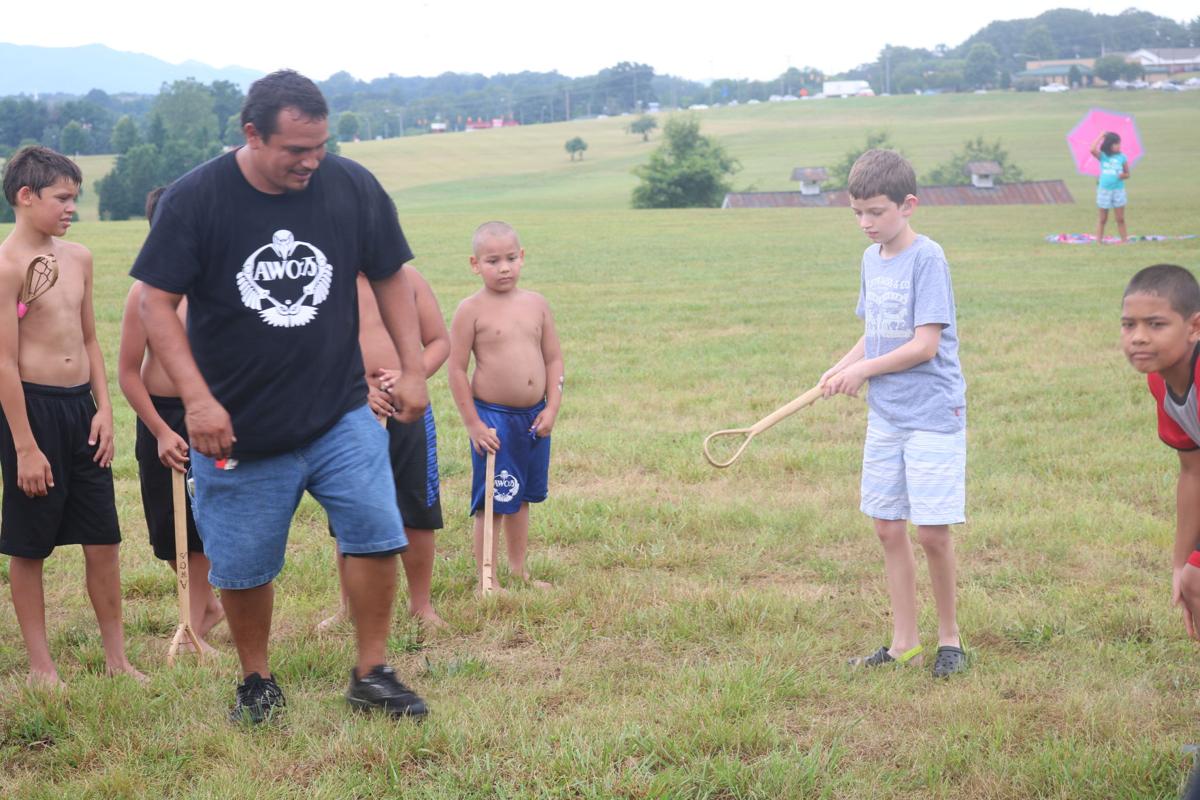 The North Carolina School for the Deaf welcomed many members of the Eastern Band of the Cherokee Tribe for a summer camp for middle and high school students in memory of Cherokee Indian Charles “Inky” Crowe, former student, athlete, teacher, mentor and coach at NCSD, who passed away last year.

Members of the tribe made a resolution through the tribal council and agreed to show students many different aspects of their culture through multiple weeklong camps.

“This is one thing that we are very honored to be asked to do,” said Missy Crowe, first cousin to Charles. “Our council and our chief supported it whole-heartedly, so we went to our community members and different organizations at home to see how they could participate.”

On Tuesday, Cherokee teams from the community of Big Cove organized a game of “stickball” at NCSD, which is where the game of lacrosse originated from. They wanted students to see how the sacred game was played and the history behind it.

“This is our military because before the Europeans came this is how we settled disputes, whether it between our different townships or other tribes” said Missy. “We have played against the Seminoles, Choctaw, Creek, Iroquois and Mohawk. This game is played by most eastern tribes.”

Men are only allowed to play and women are not permitted to touch the sticks used to play in the game, she said.

“Traditionally it was because we (women) were powerful and were birth-givers,” Missy said.

The two teams gathered at the middle of the field and a ball, about the size of a tennis ball, was thrown into the air where players then used only their sticks to carry and throw it towards their team’s goal lines.

Training for the sacred game starts as young as four years old, she said.

“As soon as they can pick up a stick and run as we say,” Missy said. “It is a tough game.”

It was a sacred game and before playing members had to go through purification ceremonies for a week, she said.

“The medicine man would take them and they would go into a sweat lodge ceremony and be given medicines to purify their bodies,” Missy said. “Then they would be scratched by bear claws and then they would go to the river.”

Students were able to learn about different Cherokee crafts throughout the week including how to make corn bead necklaces, God’s Eye’s and dream catchers, just to name a few.

The high school students were invited to Cherokee to visit the museum of the Cherokee Indians and the Oconoluftee Indian Village, which is a replica of how the Cherokee people lived in the late 1700s, Missy said.

This is the first private collaboration that the tribe has made and NCSD is thankful for the impact that Charles made in their school.

“Just as we say that Charles Crowe was a trailblazer, we wanted to recognize his spirit,” said Audery Garvin, NCSD Director.

The school wanted to create a way for the Cherokee culture and deaf culture to create a collaboration that embodies each side learning and understanding from someone else’s perspective of what they have gone through in their heritage.

“There is a chemistry that is there,” she said. “When you look at the world view beyond this, how many indigenous people are in the United States, South America and around the world who are in some ways faces some of the same challenges about keeping their culture?”

The North Carolina School for the Deaf was host to the Eastern Band of the Cherokee Tribe for a summer camp in honor of Charles “Inky” Crowe, …

Cherokee Tribe visit to North Carolina School for the Deaf