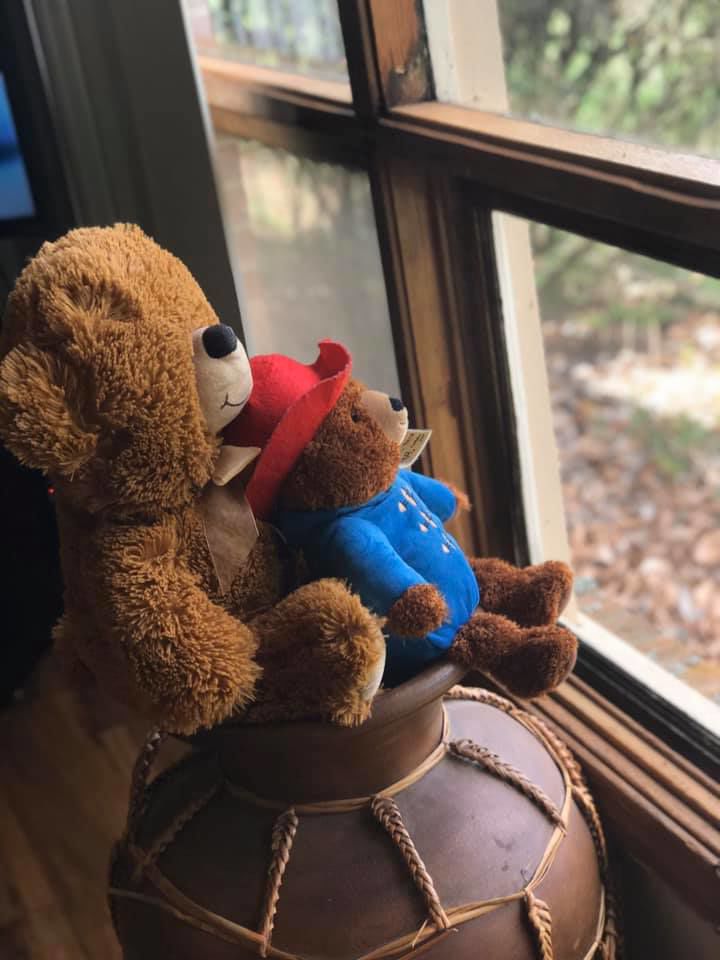 Two bears sit in a window for a bear hunt activity a Facebook group is hosting. 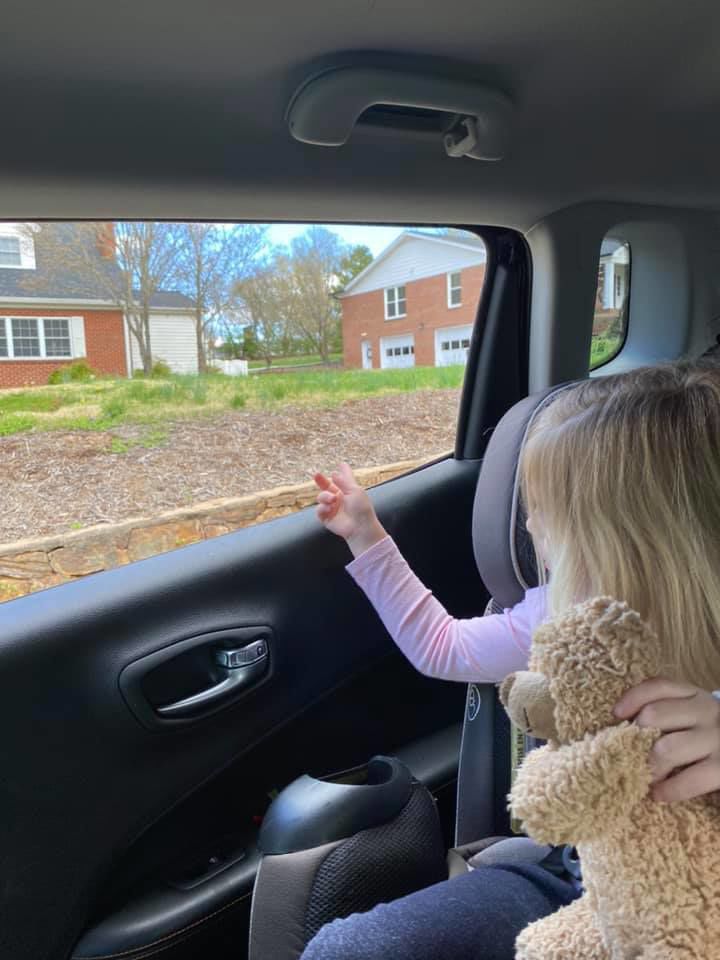 Keraghen, 5, points to a bear she spotted during a recent bear hunt.

Social distancing is tough, especially on kids who are used to the structure of being in school and seeing the same, hopefully smiling, faces every day.

But Brittney Cato hopes to ease the tensions social distancing might bring on.

She recently started a Facebook group called “Morganton Bear Hunt,” something she hopes will help families get some fresh air.

“Basically, all it is is anyone in Morganton who wants to participate, just put a bear, if you don’t have a bear, that’s OK, it can be any stuffed animal, in your front window,” Cato said. “Some people are putting it on their front porch or wherever that is visible to the sidewalk or to the road.”

From there, it’s up to the hunters to decide how to embark on their journey.

“You can take your family on a bear hunt,” Cato said. “You can walk the street; you can ride bikes. People who don’t feel comfortable enough to do that, you can just grab the family, hop in the car.”

Some bears have messages for the hunters.

“Some people are also having their bears say little notes or pictures just to create some positivity because of what is currently going on,” Cato said.

She got the idea for the group from a Hickory page.

“We just wanted to start that in Morganton,” Cato said. “I saw it in Hickory and Hickory has had great success. They have businesses that are also doing it, you know, putting up bears and putting up pictures throughout neighborhoods and in town.”

Starting a page for Morganton only seemed natural.

“We just wanted to bring smiles and joy and give families and people something to do during this time,” Cato said.

For kids missing the structure of school and having outside time or recess time every day, bear hunts might be an alternative to the playground.

“Kids are used to their structure at school,” Cato said. “They’re used to having outside time and recess time. This gives them an activity, something that the parents don’t have to think about planning themselves, or they don’t have to have any outside equipment or really anything to do, and it’s interactive.”

Lessons also can be incorporated into the bear hunt.

“You can even give the kids an activity to go on the bear hunt with, like how many bears of what color did you see, different age groups that are learning bigger versus smaller,” Cato said. “You can incorporate that in so there can be a little bit of learning and school.”

It also gives adults a break from being cooped up inside all day.

“Even as us adults, we can only stay inside for so long before we kind of get a little stir-crazy,” Cato said. “This gets kids outside, a different scenery, it can be interactive and also have some learning elements in it. Just fresh air and sunshine, and walking is good for everybody.”

There is one rule to bear hunting.

To find neighborhoods to visit to go bear hunting, go to https://bit.ly/2wC6UWC.

Two bears sit in a window for a bear hunt activity a Facebook group is hosting.

Keraghen, 5, points to a bear she spotted during a recent bear hunt.