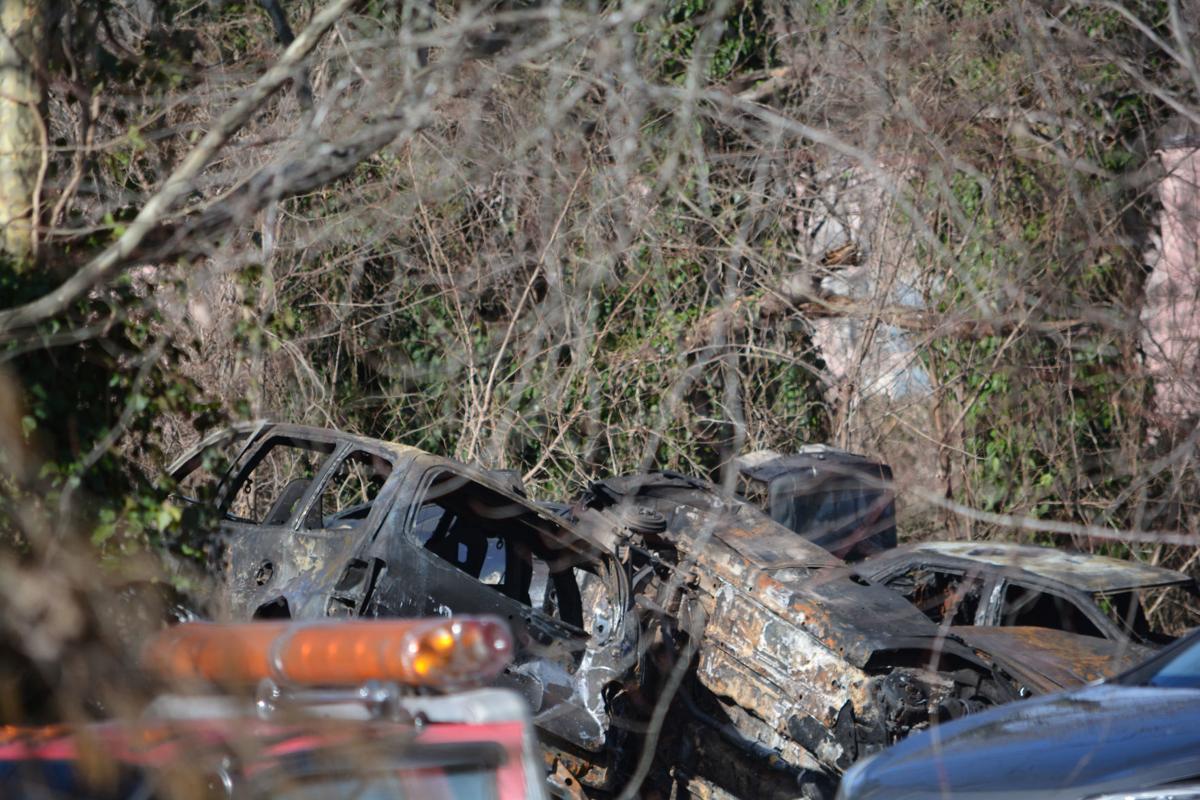 Police say the cars that burned Tuesday night and Wednesday morning were set to go to a scrapyard. 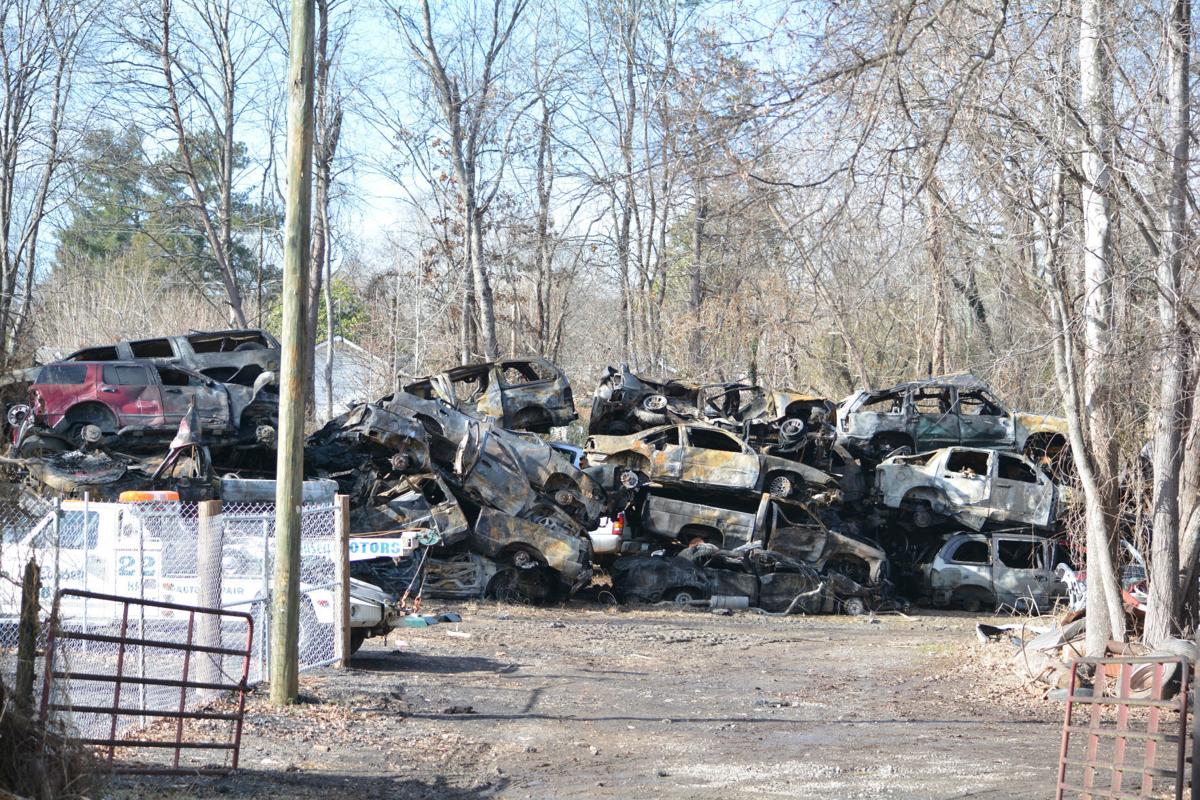 Burned cars sit in stacks in a lot behind Morrison's Body Shop off East Meeting Street after a fire late Tuesday night that bled into the new year.

Firefighters worked through the night after cars in a lot at a body shop caught fire just before the turn of the new year.

The fire was called in at 11:48 p.m. Tuesday at Morrisons Body Shop at 723 East Meeting St., said Maj. Tony Lowdermilk with Morganton Department of Public Safety.

Lowdermilk estimated somewhere between 40-50 cars were burned in the fire, but the business owner told MDPS that all of the cars involved were set to go to a scrap yard.

No one was injured in the fire.

A cause of the fire is still under investigation, Lowdermilk said.

The cars that caught fire were in a part of the lot that had cars stacked four or five high. Firefighters had to get a piece of heavy equipment to move some of the cars out of the way to extinguish the fire.

Part of East Meeting Street was blocked while firefighters battled the flames because part of a fire hose was coming across the street, Lowdermilk said.

Salem, Triple Community and Lake James fire departments all responded along with MDPS.

This video could show a tornado on the sun

A Morganton man who got lost while hunting in eastern North Carolina has been reunited with his family.

The autopsy of a resident who died in June at J. Iverson Riddle Development Center in Morganton says she drowned but a seizure may have contri…

Police say the cars that burned Tuesday night and Wednesday morning were set to go to a scrapyard.

Burned cars sit in stacks in a lot behind Morrison's Body Shop off East Meeting Street after a fire late Tuesday night that bled into the new year.