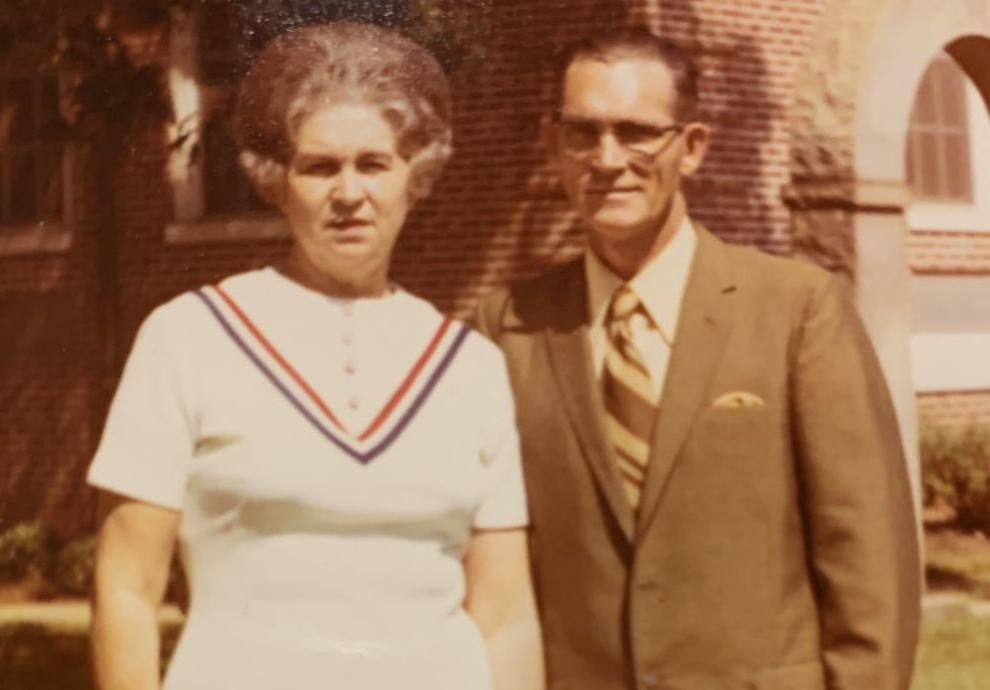 From left, Ilean and Richmond Good pose for a photo at Gardner Webb University in 1971 when their son, Scott Good, graduated from the school. 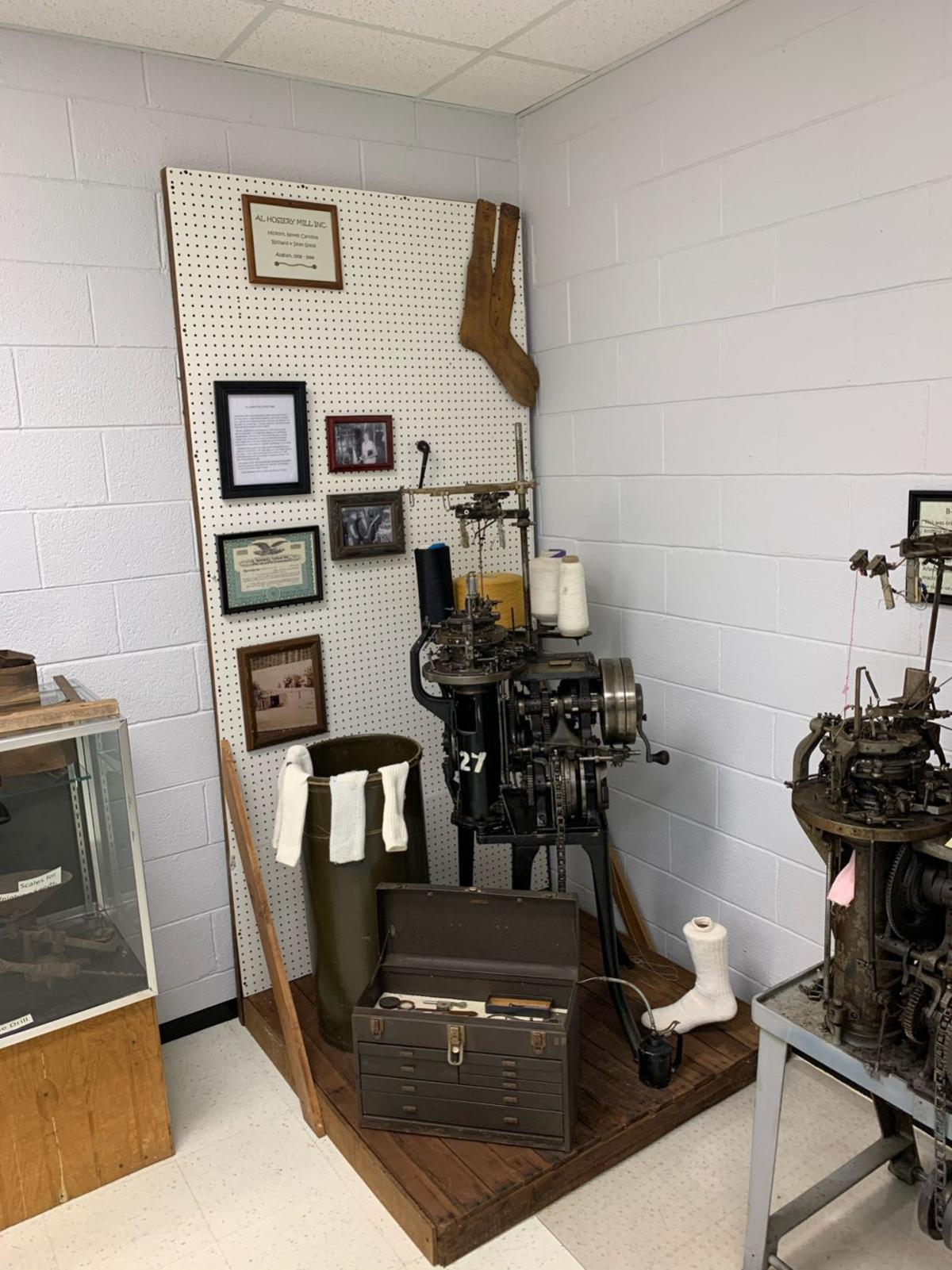 Scott Good donated a knitting machine, pictured, to the Hildebran Heritage Museum for its exhibit on the company his parents' owned, Al Hosiery Mill.

A couple who built a company from the ground up will be honored with an exhibit dedicated to them at the Hildebran Heritage Museum this weekend.

Richmond and Ilean Good, former owners of Al Hosiery Mill that was off Wilson Road, will have an exhibit on the mill dedicated to them at a ceremony Sunday at 2 p.m., said Johnny Childers, a volunteer with the museum.

Their son, Scott Good, will be at the dedication along with other members of the Good family and other families involved with the hosiery industry in 20th century Hildebran, Childers said.

Scott has donated a Scott and Williams knitting machine for the exhibit, which was the major machine used in hosiery mills when Al Hosiery was in operation, Childers said.

“As far as remembering what things were like in the 20th century, we’d be overlooking a major component of our community if we didn’t have an exhibit on the hosiery industry,” Childers said.

For Scott, the dedication makes him feel proud of his family.

He said his parents were working at a hosiery mill in Hickory when they first met with nothing to their names. His dad eventually started a used car lot, but after some time closed it and used money from the car lot and a loan from his brother, Roy Good, to start Al Hosiery Mill.

“They closed it in August of ’58 and he went behind the home place and built the mill,” Scott said. “He started with one knitting machine, and he was actually killed in a car wreck in 1988 and he had over 200 machines running.”

He said he didn’t remember his father having much trouble with employees showing up to work on time or anything of that sort.

“He treated his employees with a lot of respect,” Scott said. “Dad never had employee problems because, in my opinion, he was so good to the employees. He paid them a little bit more than normal, and he stayed with them and Al Hosiery Mill was always known to have very clean production, and the little mill was known as one of the cleanest hosiery mills in the area.”

Good is excited for the dedication, where he said several family members, including himself and his father’s 93-year-old sister-in-law, Paulene Good, will be present to share some memories of the hosiery. It was her husband, Roy Good, who loaned Richmond $10,000 to help get Al Hosiery Mill up and running, Scott said.

“I’ve got several people that are going to tell stories about Dad,” Scott said.

While hosiery mills were quite popular in Al Hosiery Mill’s days, their popularity has died down over the years.

“Furniture and hosiery were the two major employers in the area in those days,” Childers said. “As I said, it’s an industry that, and it still exists, but nothing like it did.”

Childers is a volunteer with the Hildebran Heritage and Development Association and said most of his work with the museum sees him acting as a curator of sorts.

“All of us are volunteers,” Childers said. “I kind of am responsible for keeping the museum moving forward, but we’ve got some really good volunteers who are part of that, too.”

He said its an industry that started in the area in the 1910s, with another prominent hosiery mill entering the scene in Hildebran then.

“They’re being honored by their family, is actually what this is, but we’re using it as an opportunity to focus on an industry that’s pretty much gone today,” Childers said.

“I woke up and my whole room was just filled,” said 14-year-old Colton Piercy. “I couldn’t see at all. I just walked blindly to get everybody out.”

PLEASE SHARE: Sinker, the name rescuers gave to the dog, is doing well at Burke County Animal Services and hoping his family will come get him. He didn't have a collar or a microchip when he was found.

Watch Now: Can the Supreme Court be expanded?

Boris Johnson: This is the moment when we must act

Boris Johnson: This is the moment when we must act

From left, Ilean and Richmond Good pose for a photo at Gardner Webb University in 1971 when their son, Scott Good, graduated from the school.

Scott Good donated a knitting machine, pictured, to the Hildebran Heritage Museum for its exhibit on the company his parents' owned, Al Hosiery Mill.