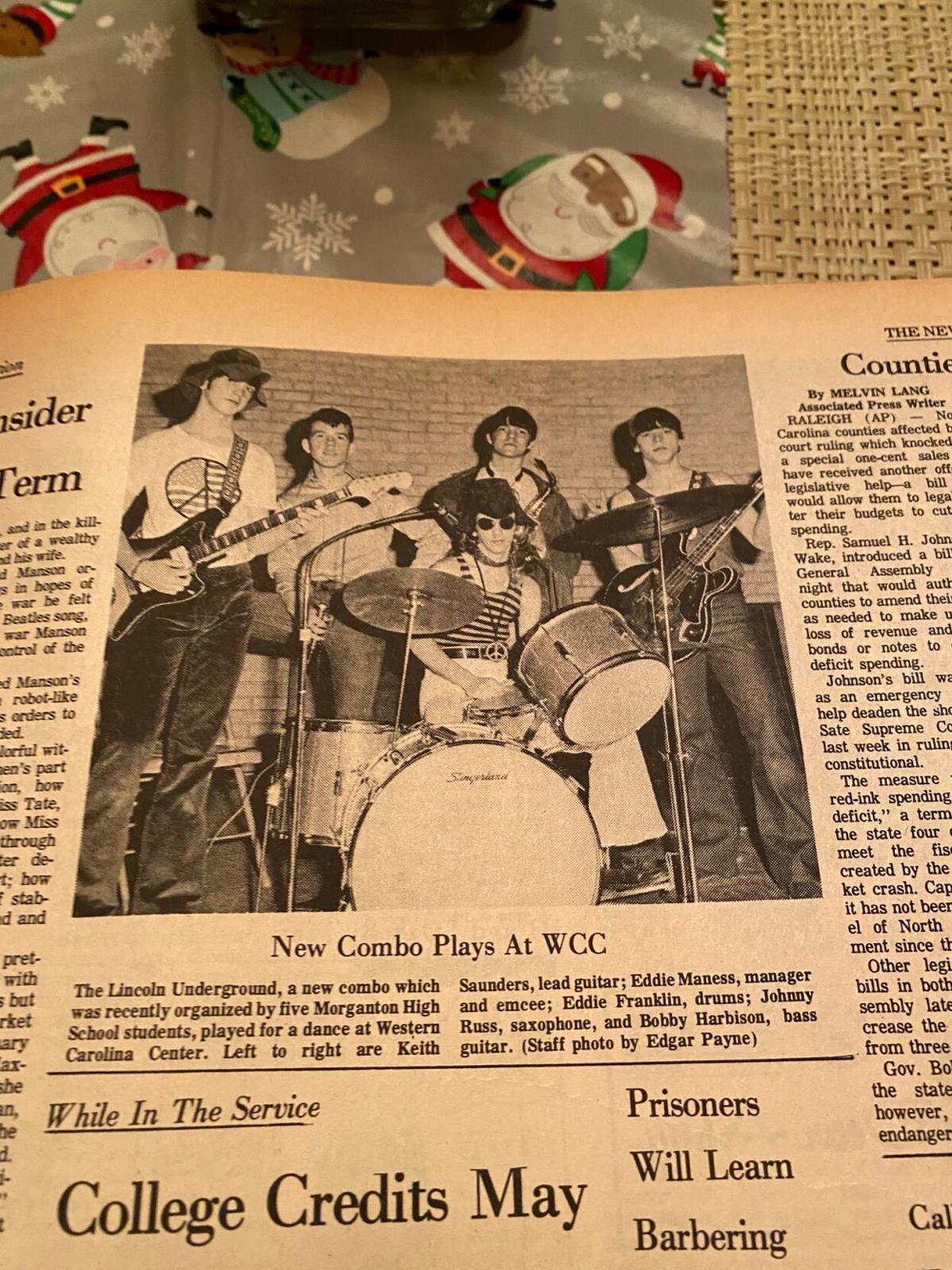 The band, "The Lincoln Underground," comprised of students from Morganton High School, performed for a dance at the Western Carolina Center 50 years ago. 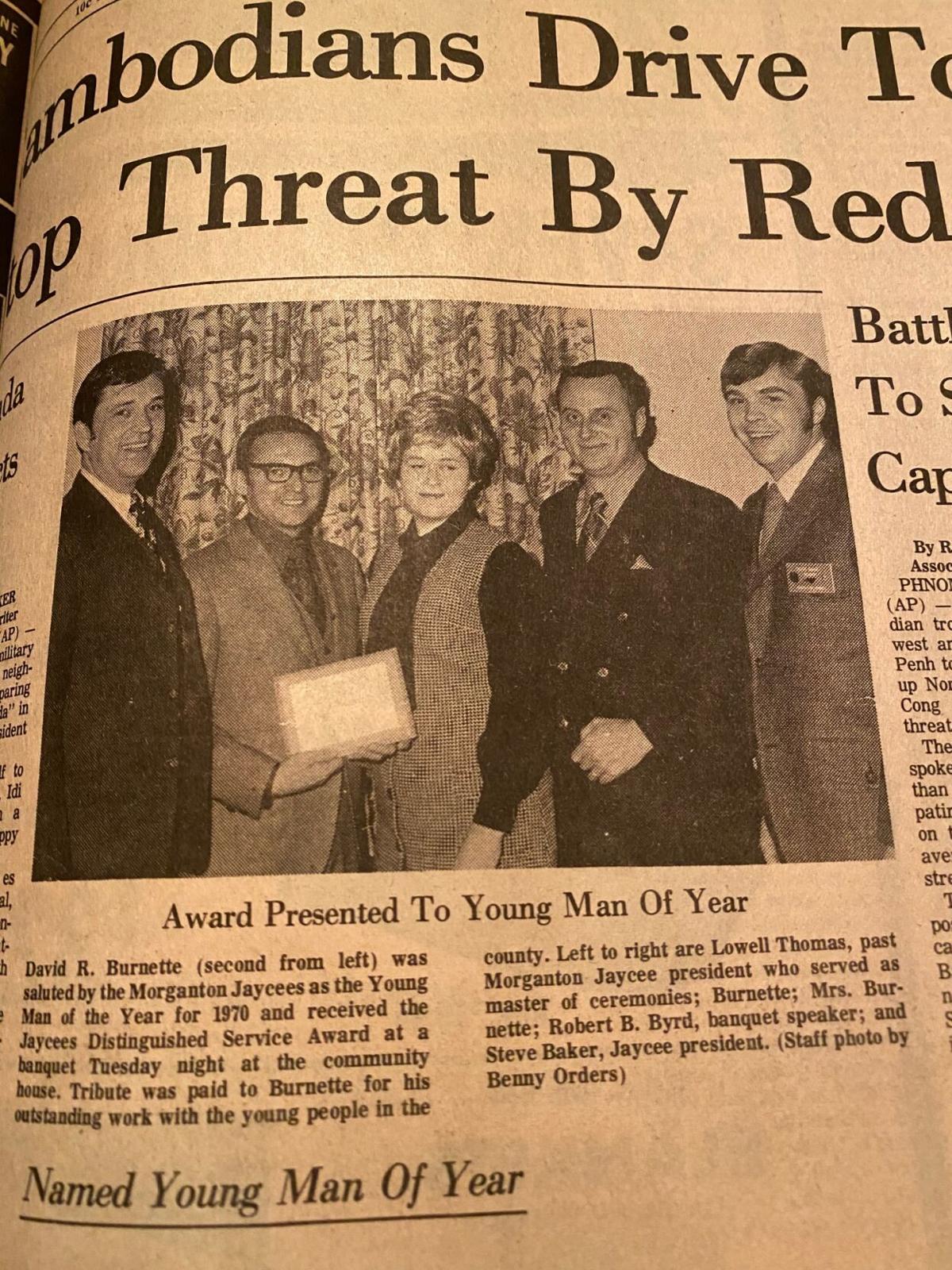 David R. Burnette was named Morganton's "Young Man of the Year" for 1970. 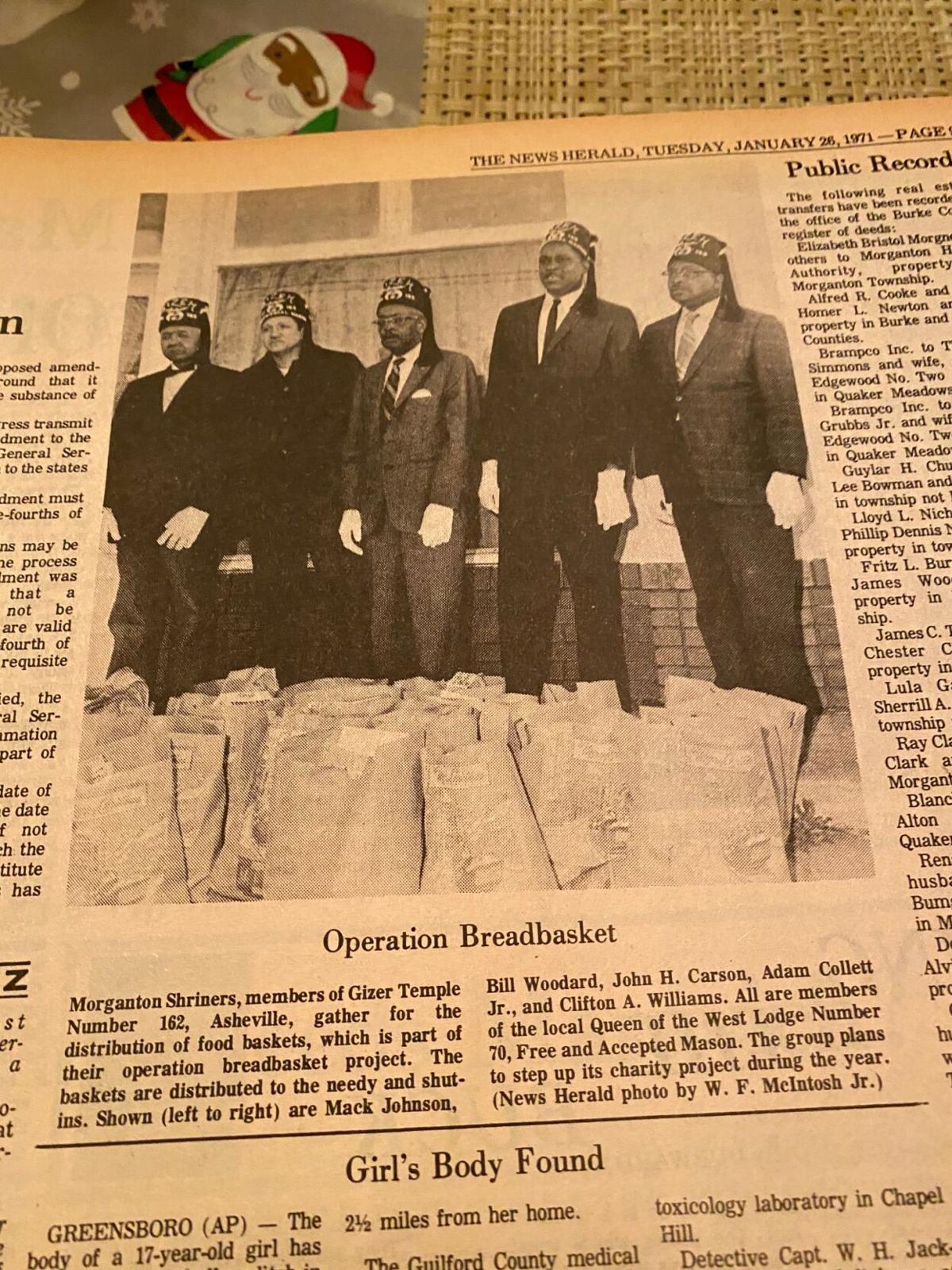 Members of the Morganton Shriners participated in a food basket distribution 50 years ago. 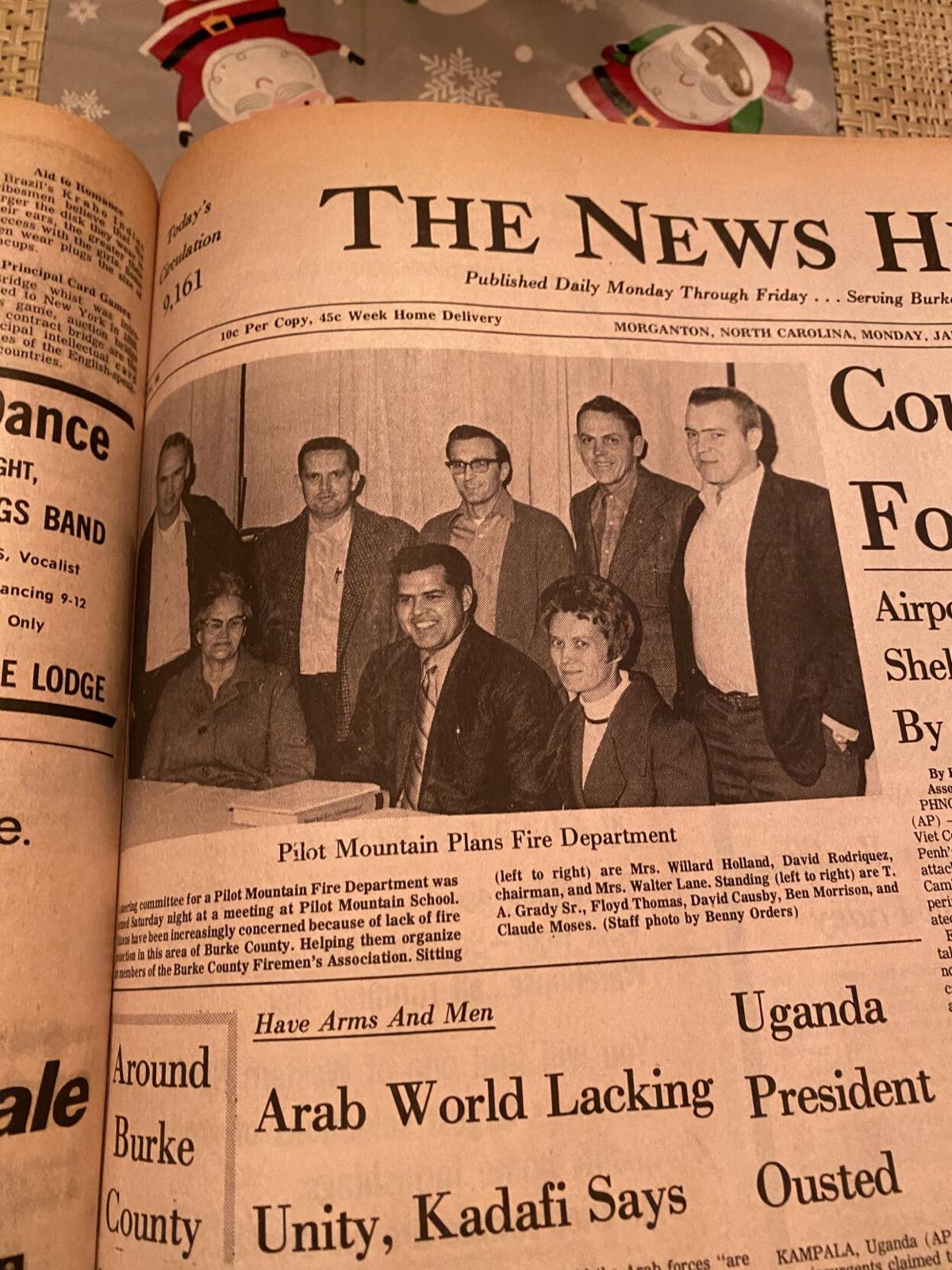 A steering committee was formed 50 years ago to make plans to create a fire department for the Pilot Mountain community.

Causby joined Southern Bell in July 1962 and has worked at various assignments, including service assistance representative, night chief operator and business office representative prior to her promotion.

A graduate of Salem High School, Causby is married to Mr. Lewis Causby and they have one son, Chris Causby, a student in the fourth-grade at Salem Elementary School.

The Causbys live at 1117 Salem Road in Morganton and are members of Salem United Methodist Church, where Mrs. Causby teaches Sunday school.

Shareholders of the Morganton Savings and Loan Association reelected present directors at their annual meeting and heard reports of a record year’s operations in 1970, despite a tight money market condition.

The association’s new building, which was formally opened in July 1969, was paid for during 1970.

Jaycees honor Burnette for his work

David R. Burnette, associate agricultural agent in Burke County, was one of the most surprised people at the Morganton Jaycees’ banquet last night when he was announced as the winner of the Jaycees Distinguished Service Award.

Accompanied by his wife, Carol, Burnette thought he was there to represent the Morganton Lions Club.

The award that carries the title of Morganton’s “Young Man of the Year” for 1970 came as a highlight of the annual DSA and Bosses Night Banquet at the Morganton Community House.

Morganton’s population, now officially placed at 13,625 people, continues to be the surprise feature of the 1970 census.

The city’s final population count, released by the Bureau of the Census in an advance report for North Carolina, was increased by 718 from the preliminary report released last June.

The first report credited Morganton with 12,907 inhabitants, which was itself a surprise. The city’s boundaries had been expanded due to an annexation, which would have increased the population, but even the best informed observers did not expect such a rise.

Dr. Hugh Hemmings and Dr. T.R. Nichols have been elected to Grace Hospital’s board of trustees.

Both were elected to one-year terms during the board’s annual meeting.

Last March, the board revised its bylaws so the president or the vice president, or both, of the hospital’s medical-dental staff may be elected to full membership.

There are now four generations to carry on the family name of the E.J. Clontz family. Mr. and Mrs. Clontz make their home in Oak Hill and for a long time, he had a shoe repair shop in Morganton. Now semi-retired, he has a similar shop in Glen Alpine. E.J. Clontz recently has his photo taken for The News Herald with his son, Norvin E. Clontz; his grandson, Norvin A. Clontz; and his great-grandson, Norvin A. Clontz II.

You just have to hand it to Tom Walton and Fred Patton when it comes to building houses. Presently, they are having a three bedroom brick residence built on Mimoss Hills Drive, a beautiful section of our growing city. The residence is being built as an investment. The men recently had an 18-unit apartment complex built in the section. There are three apartment houses, with six units in each one. The apartments have almost any modern conveniences you can think of. Walton and Patton both believe “Morganton will grow whether we like it or not.” That is really a growing section out that way.

Come to think of it, Morganton has 30 factories we can brag about. Just about anything you can think of is manufactured here. Just name it.

How come we do not have a bus station? A service station is a poor excuse for a bus station. Here is the question: why was the terminal we were using abandoned? Can someone answer that?

According to permits issued, quite a bit of additions and improvements have been done recently, despite the wintry weather. Keep up the good work.

Come on now, boost your home city — the people in Timothyville won, do it for us.

With help from a caring staff, a local couple celebrated 72 years of marriage recently when the husband was a patient at Mission Hospital McDowell.

The band, "The Lincoln Underground," comprised of students from Morganton High School, performed for a dance at the Western Carolina Center 50 years ago.

David R. Burnette was named Morganton's "Young Man of the Year" for 1970.

Members of the Morganton Shriners participated in a food basket distribution 50 years ago.

A steering committee was formed 50 years ago to make plans to create a fire department for the Pilot Mountain community.