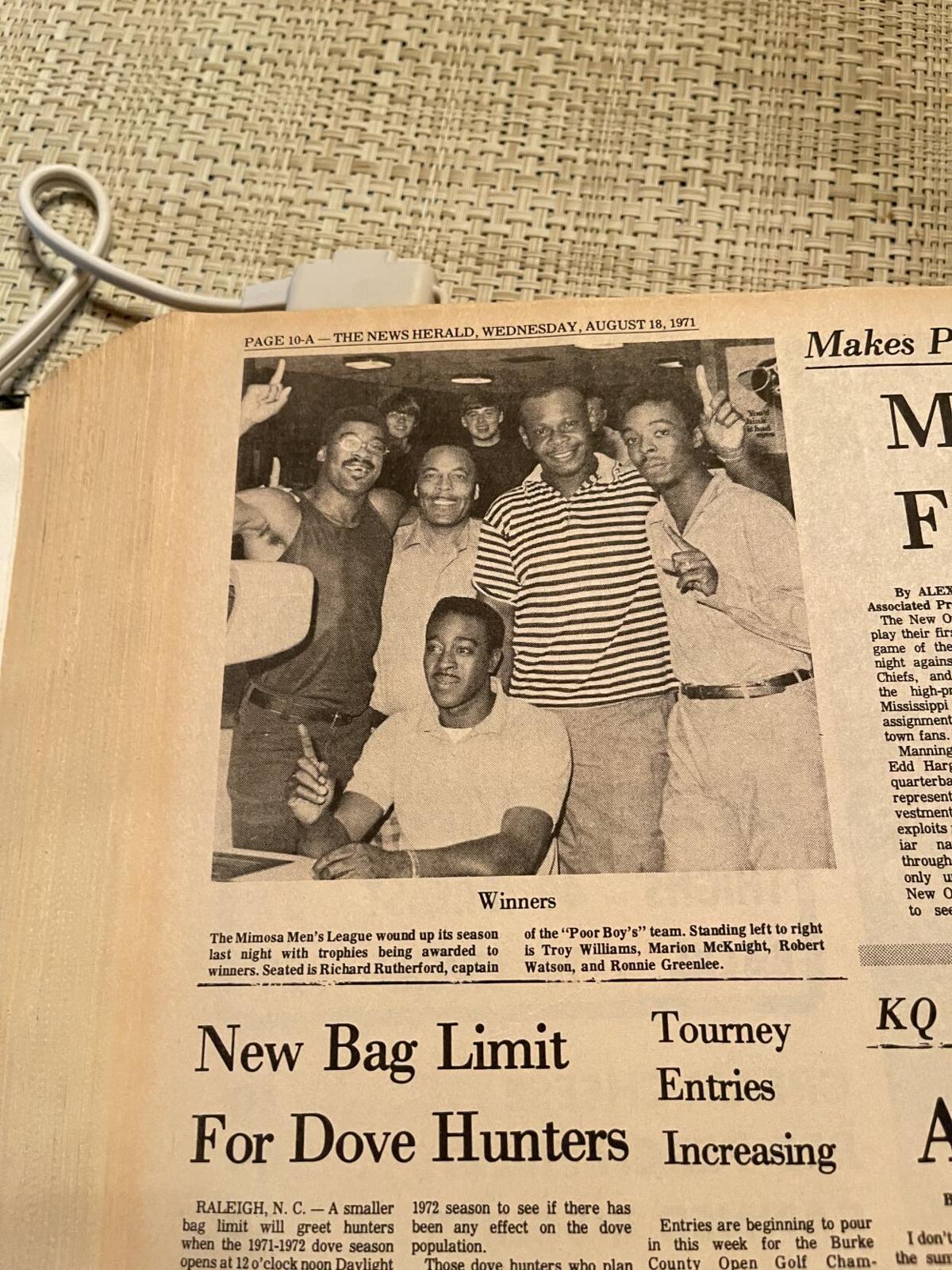 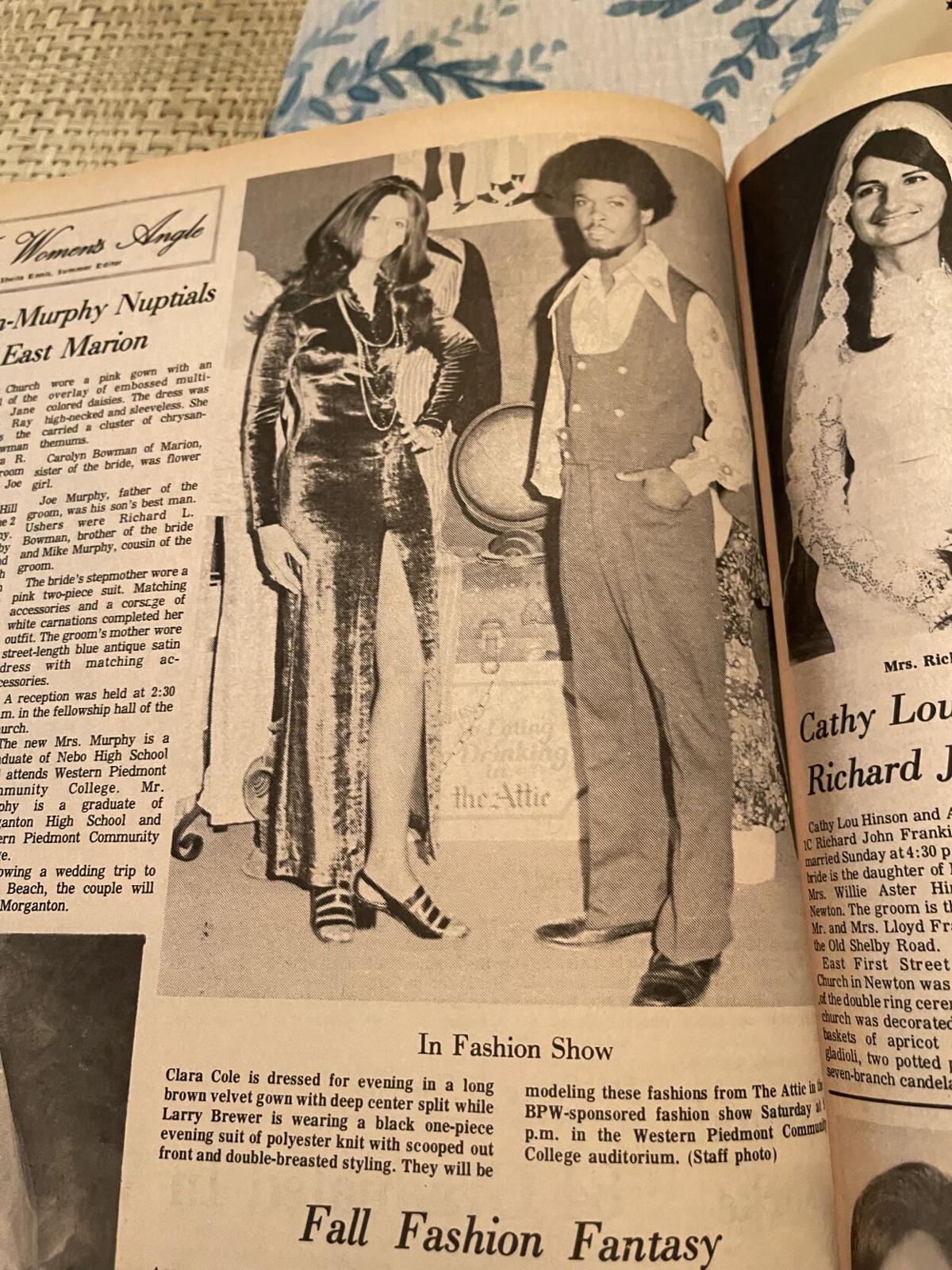 Pictured, from left, are Clara Cole and Larry Brewer modeling clothes for a fashion show held at Western Piedmont Community College 50 years ago. 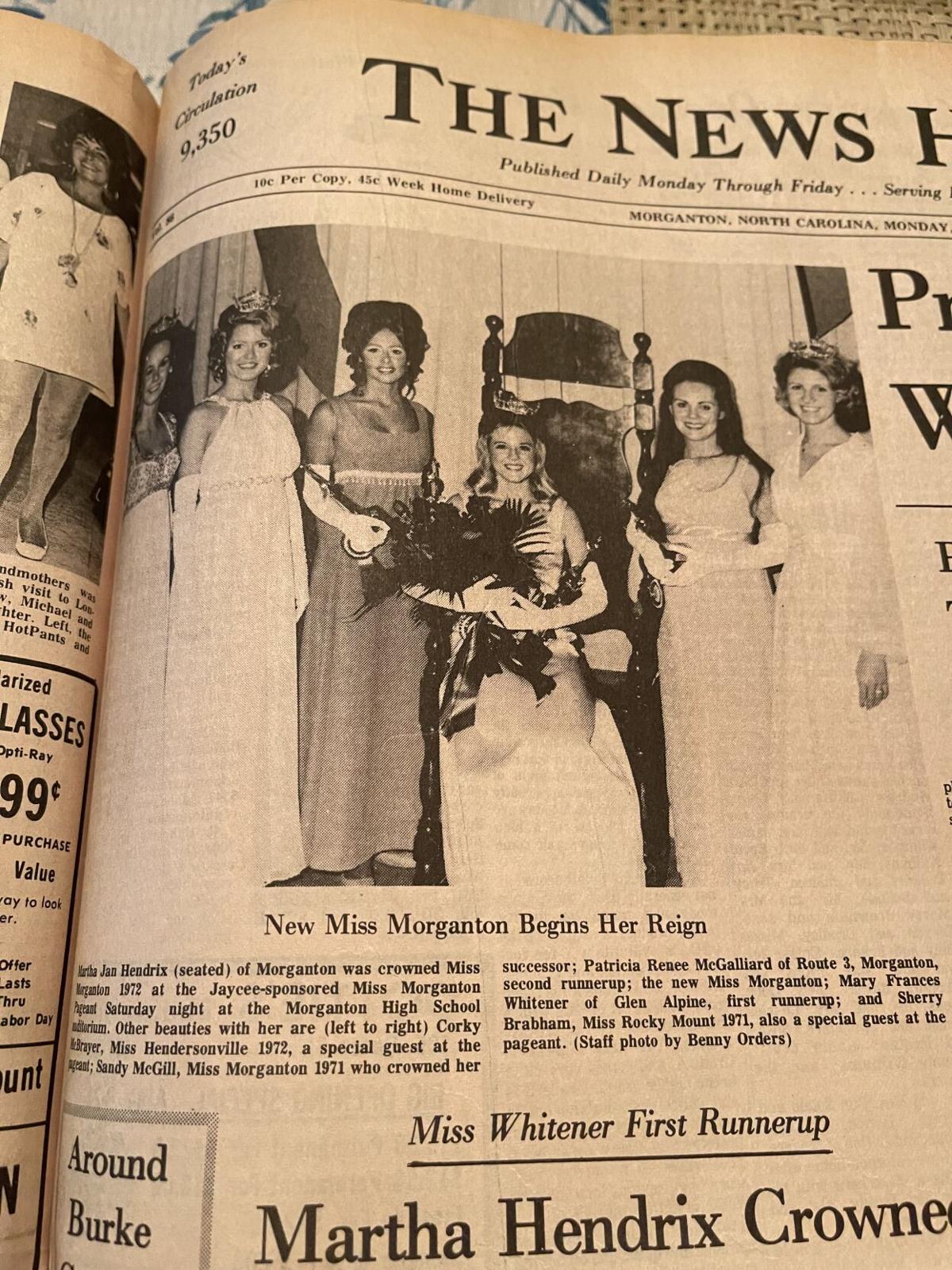 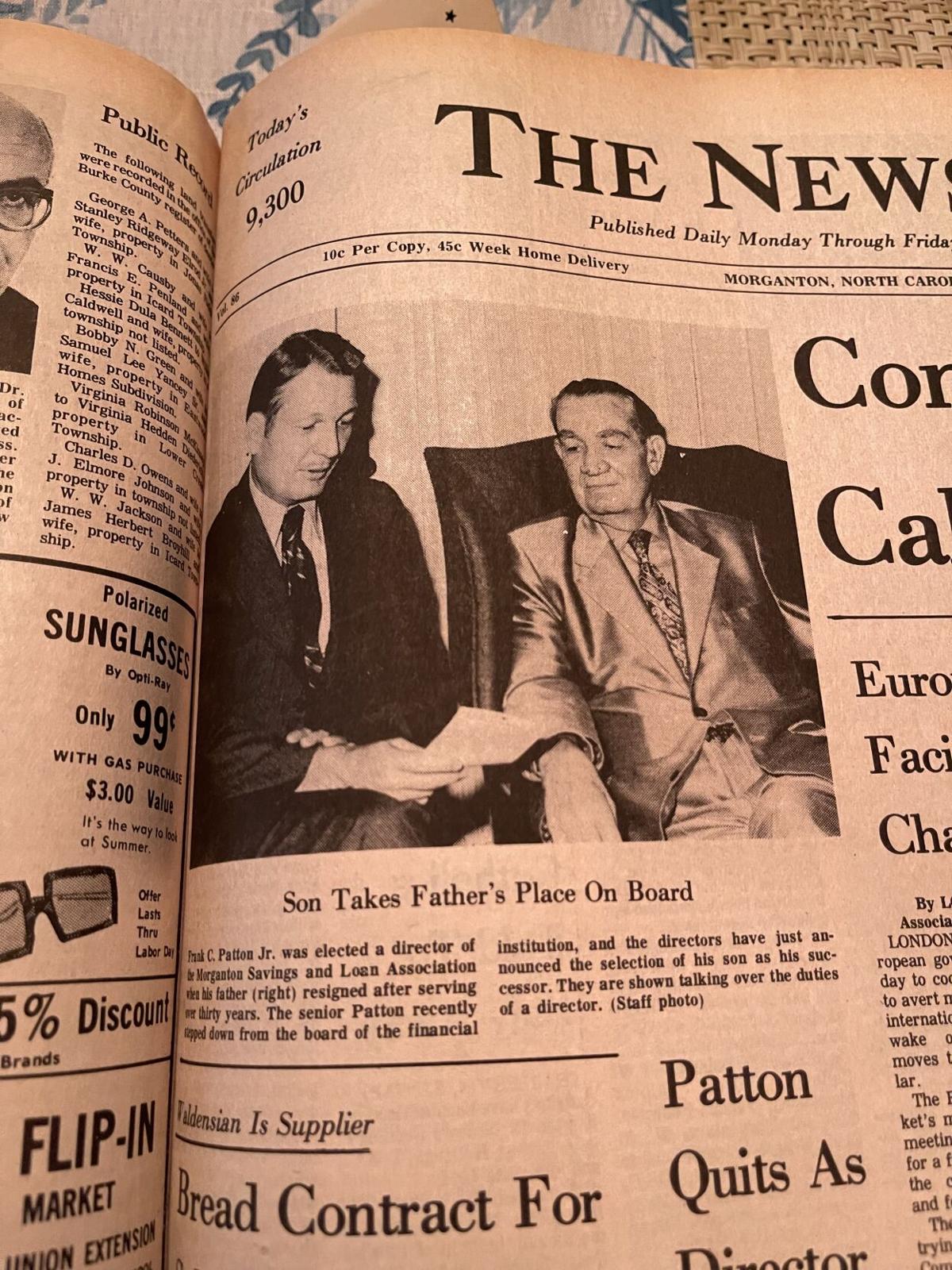 Frank C. Patton Jr., left, was elected to succeed his father, right, as director of the Morganton Savings and Loan Association 50 years ago.

Willie F. McIntosh III, son of the Rev. and Mrs. W.F. McIntosh Jr. of Yellow Mountain Road, underwent surgery at 11 p.m. at Grace Hospital after being kicked in the stomach by a pony at 5:55 p.m.

The young boy was giving an apple to a horse in a pasture when the pony came up from the side and kicked young McIntosh.

The boy’s father rushed him to Grace Hospital.

A few minutes before the incident, the boy’s parents had agreed to buy him a saddle, and the happy boy had run out of the house to the pasture, where he was kicked a few minutes later.

Margaret Houser has been appointed building principal of Jeter Hall at the North Carolina School for the Deaf, Superintendent Rance Henderson announced today.

Jeter Hall is the newly opened hall at NCSD, which is for grades five, six and seven. Named for members of the Jeter family of Morganton who were instrumental in the past growth of the school, Jeter has a capacity for 120 students. Architecturally, it is one of the most progressive classroom structures for the deaf in the United States.

Houser has taught reading to grades six through nine at NCSD for several years.

She is married to Henry James Houser, who is employed with Carolina Freight Carriers of Cherryville and they reside on Route 2 in Valdese. Her parents are Mr. and Mrs. Lester P. Sigmon of Connelly Springs.

A 1960 graduate of George Hildebran High School, Houser received a Bachelor of Science in Deaf Education from Appalachian State University and a Master of Arts as a reading specialist this year. She participated in the 1964 NCSD teacher trial program.

John B. Wiles will return to Morganton as director of public works and engineer for the city of Morganton, Cyrus L. Brooks said. Wiles will begin work here Monday.

He held this position with the city for more than a year before resigning to become town manager of Siler City on March 1.

He submitted his resignation as town manager to the Siler City board last Friday.

Press reports indicate the resignation at Siler City resulted from differences of opinion on the approach to policy matters and the budget. Town officials there said they regret the decision.

Brooks, in announcing Wiles’ return to city employment, said he was sorry that such circumstances developed in Siler City that Wiles decided to make a change.

Marjorie Bowers Greene of Lenoir has been hired as a full-time instructor at Caldwell Community and Technical Institute.

Her appointment was announced by Eliza Bishop, chair of the English department.

Greene, a native of Morganton and daughter of Mr. and Mrs. J.F. Bowers, has been associated with the college in Caldwell for several years on a part-time basis. Her appointment on a full-time basis came as a result of increased enrollment, it was stated.

She was senior English teacher at Morganton High School prior to joining the college in 1968. Her teaching experience also includes employment with the Durham County School system and Glen Alpine Schools.

Morganton woman dies from COVID-19 weeks before her wedding

Robin Colley texted her mom “I love you” every morning, and she was set to get married next month. But because of COVID-19, her family is left only with memories of her.

Burke County health officials reported 14 new deaths related to or associated with COVID-19 on Tuesday, including a person who was in their 20s.

"I hope there’s somebody that follows in my footsteps and continues to do all the things that we do,” Kinard said.

Pictured, from left, are Clara Cole and Larry Brewer modeling clothes for a fashion show held at Western Piedmont Community College 50 years ago.

Frank C. Patton Jr., left, was elected to succeed his father, right, as director of the Morganton Savings and Loan Association 50 years ago.