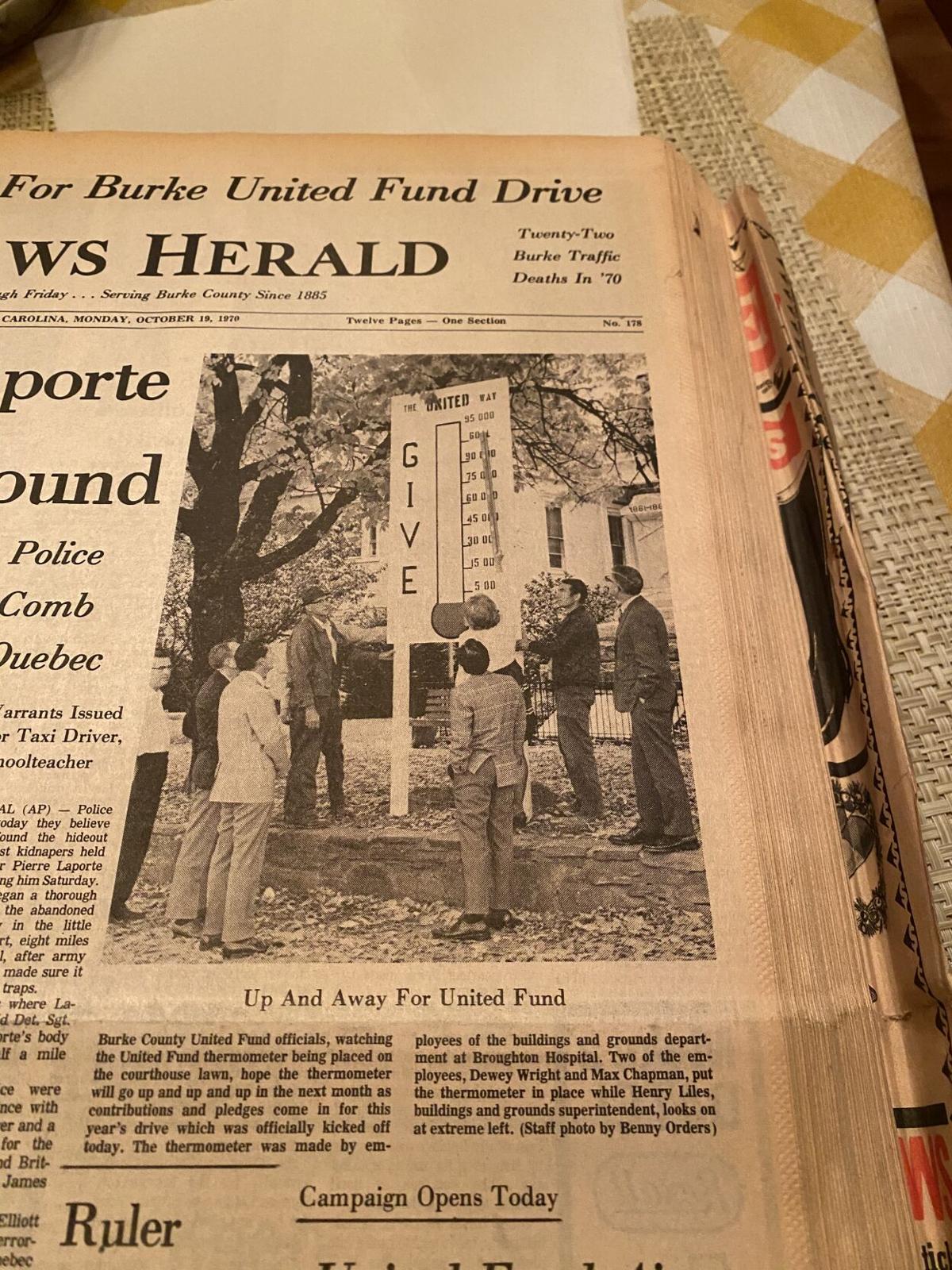 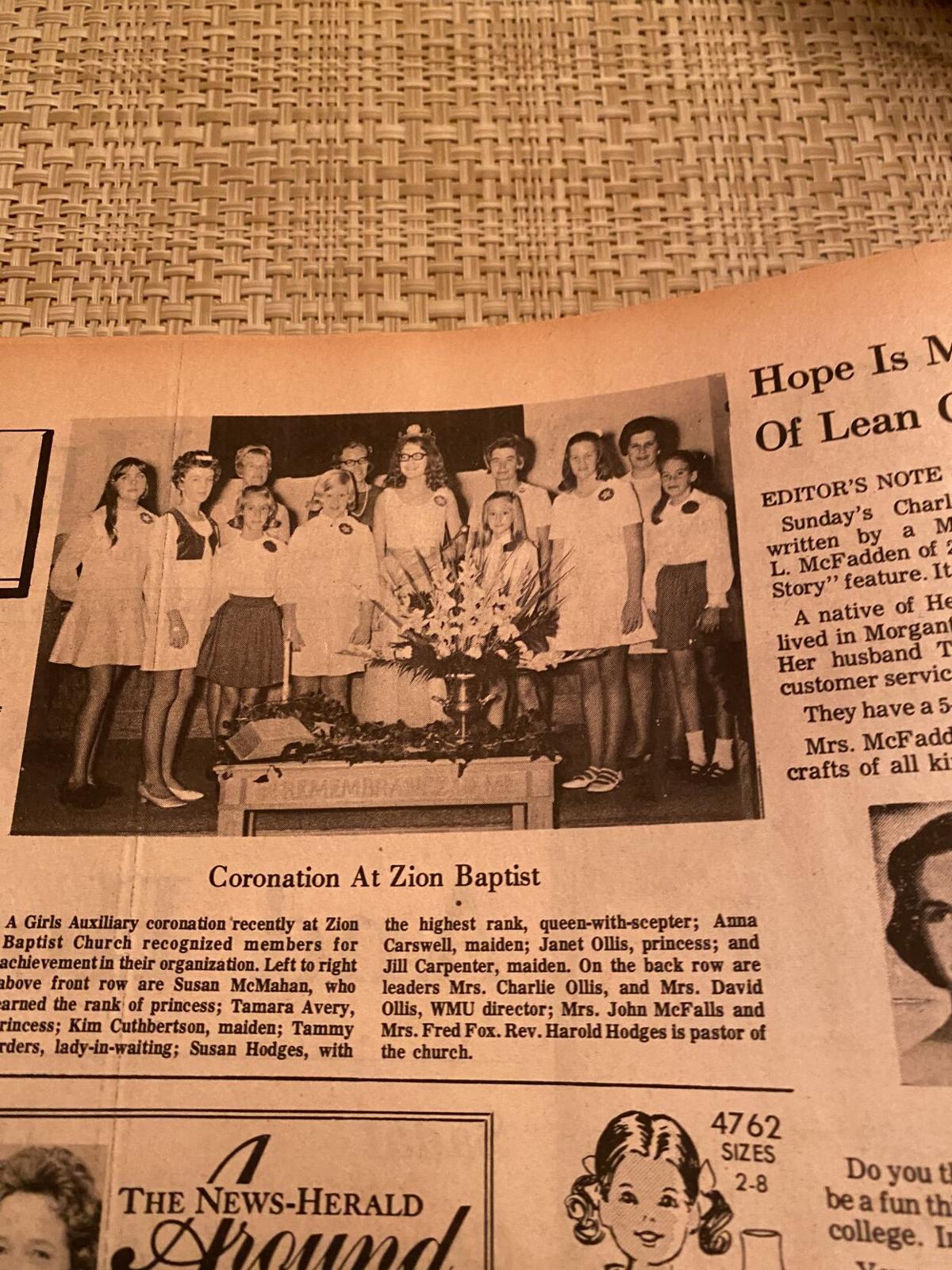 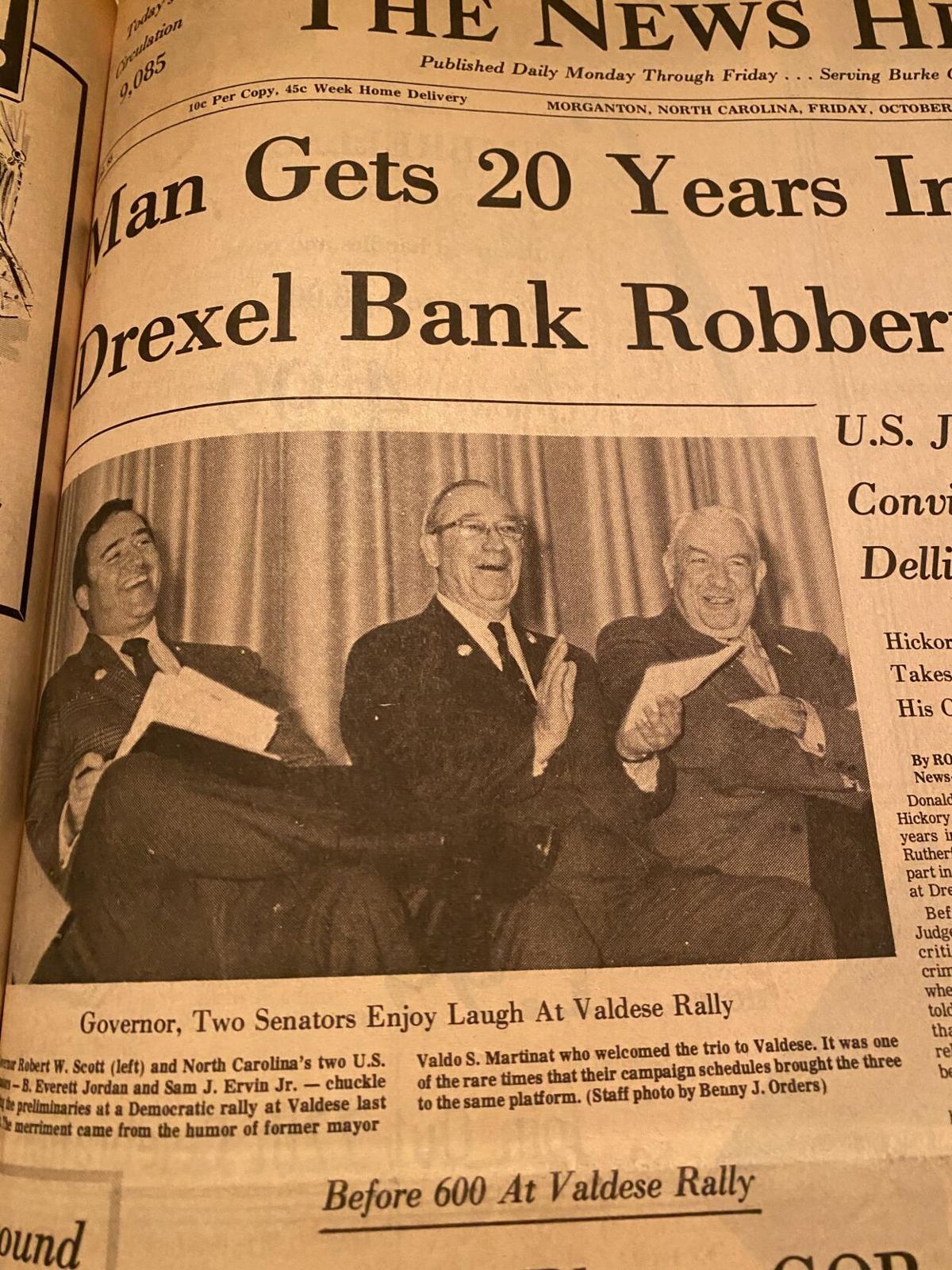 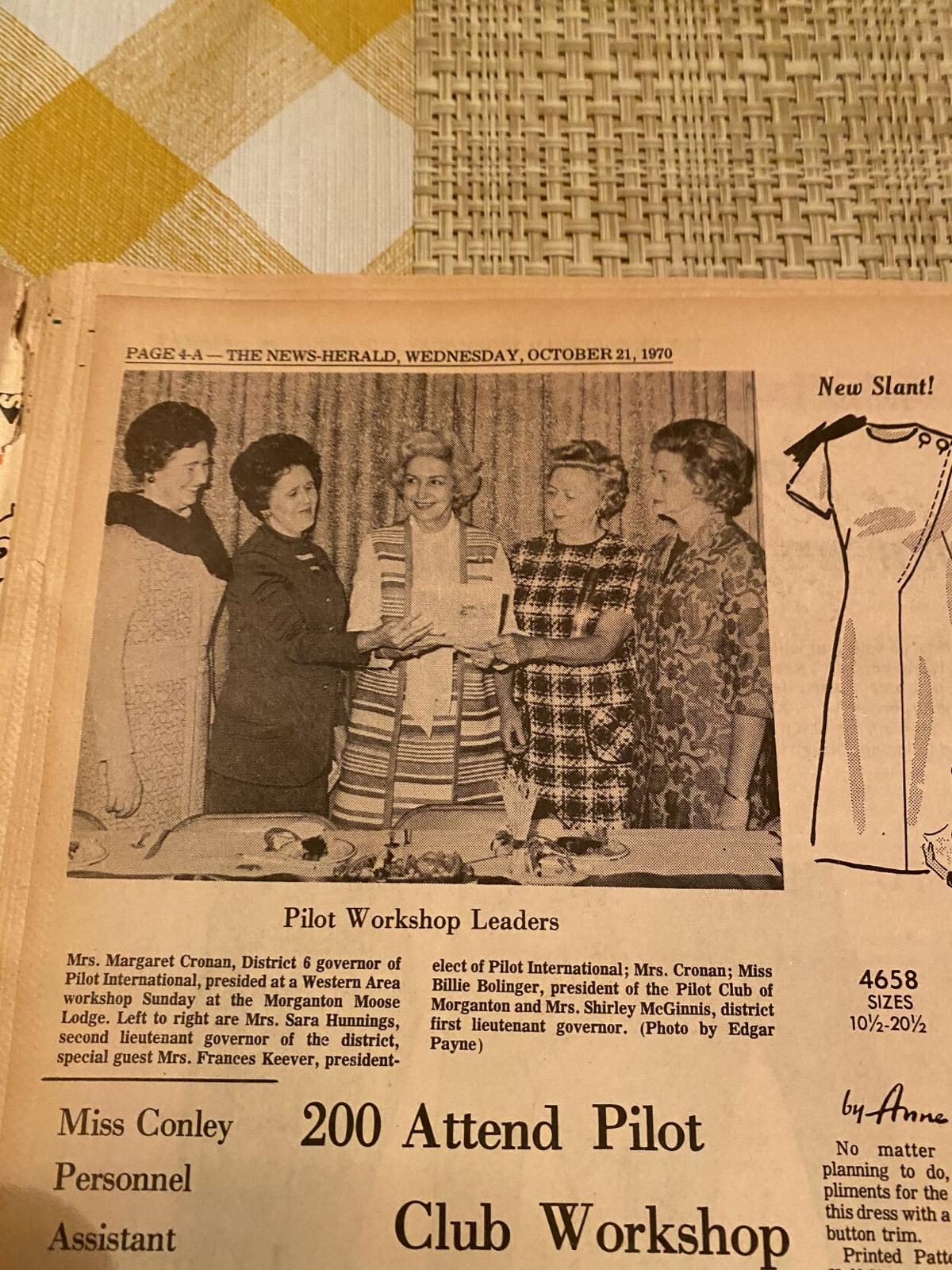 Members of the Pilot Club of Morganton participated in a workshop led by a representative of Pilot International 50 years ago.

Bargains galore will greet Morgantonians when the doors open at noon Friday on the lower level of the Collett Street Recreation Center for the annual Bargain Fair, hosted annually by the Morganton Service League.

The two-day event will take place from noon to 9 p.m. Friday and will continue Saturday, ending at noon.

A special feature and treat will be an auction at 6 p.m. Friday evening, when a varied but valuable assortment of items will go on the auction block.

A wide array of clothing in all sizes will be available for children, women and men.

Before and after photos of U.S. Sen. and Mrs. Sam J. Ervin Jr’s home at the corner of Lenoir Street and Ervin Road are pictured in the fall edition of “Better Homes and Gardens Guide to Home Improvement.”

The Ervin home, which was transformed from a bungalow into an imposing Colonial style house by architect Stuart Penn, is found on page 128 in the magazine in a pictorial section featuring remodeled homes.

The remodeling, completed in 1969, added two bathrooms, two bedrooms and a library. The front bedroom was turned into a large entrance foyer and a colonial portico was added in the front. Since the additions and alterations, the old eight-room house now contains ten rooms plus the foyer, about 15,000-square-feet.

DEMOCRATS TO MEET IN VALDESE

Democrats from four counties will converge on Valdese Thursday for a rally that will feature Gov. Robert W. Scott as the principal speaker and the state’s two Democratic Senators, Sam J. Ervin Jr. and B. Everett Jordan.

The rally, sponsored by Burke, Caldwell, Catawba and Alexander counties, will be held in the auditorium of the Valdese Elementary School.

Claude S. Sitton, chair of the Burke County Democratic Party, will preside. Valdo Martinat, former mayor of Valdese, will give the welcome, and the Waldensian Dancers will perform.

The public is invited to hear the governor and the two senators.

The Swingels have been through heartbreaking days and nights since Aug. 8. That was the day their daughter, Margaret, was driving a car with the Swingels’ only grandchild, and a rain-slicked highway killed the young girl and left Margaret in critical condition in a Charlotte hospital.

Since that day, more than two months ago, the anxious parents have waited for some signs of recovery from their daughter.

Margaret remains in a semi-conscious condition at Charlotte Memorial Hospital.

Expenses are mounting, and friends of the family and News Herald readers have started the Margaret Swingel fund in an effort to reduce the ever mounting expenses and medical costs.

Now another blow for the Swingel family – while they were counting on a good hospital insurance policy to defray a good portion of the medical expenses, the insurance company notified the Swingels that Margret was not covered, since she was secretly married a few weeks before the accident. Under the conditions of the family insurance policy, she became ineligible for the policy when she married.

Now more than ever, funds are needed, and this column is sending out a plea for help.

Mail or bring your contributions to The News Herald and keep the fund increasing.

Also your prayers would be welcomed and helpful for this popular Morganton family. Pray for the recovery of Margaret and a special blessing for her family. They need your prayers and your help. Let us hear from you.

WATCH NOW: Man hospitalized after being struck while on lawn mower

HICKORY — A Hickory man was transported to a local hospital after being struck by a vehicle while on his lawn mower Thursday afternoon.

BREAKING: Interstate 40 westbound backed up for miles near 109 mile marker

Interstate 40 westbound is backed up for several miles near the 109 mile marker after a tractor-trailer caught fire Thursday afternoon.

BREAKING: Tractor-trailer fire backs up traffic for miles on I-40

VALDESE — Traffic was backed up for more than three hours near Valdese after a tractor-trailer caught fire on Interstate 40 on Thursday afternoon.

Members of the Pilot Club of Morganton participated in a workshop led by a representative of Pilot International 50 years ago.