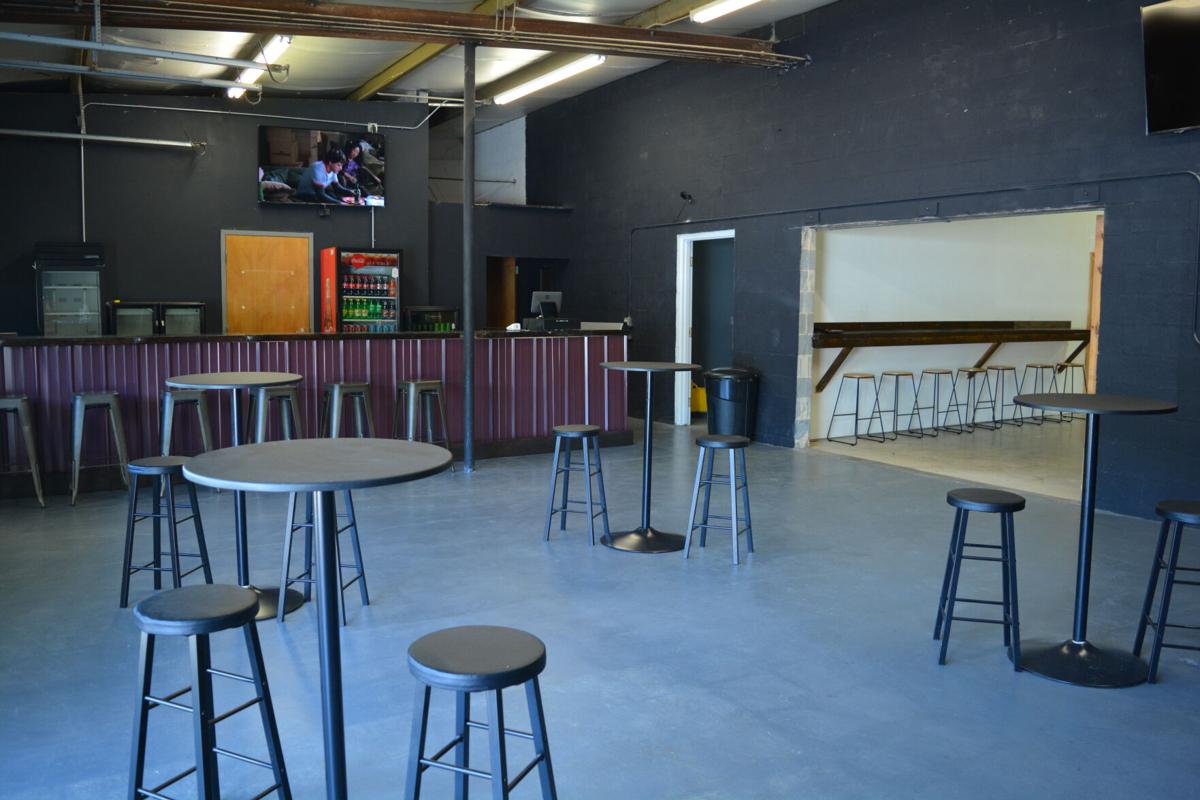 Bar and lounge seating will be available at Stidham’s Axe Throwing. 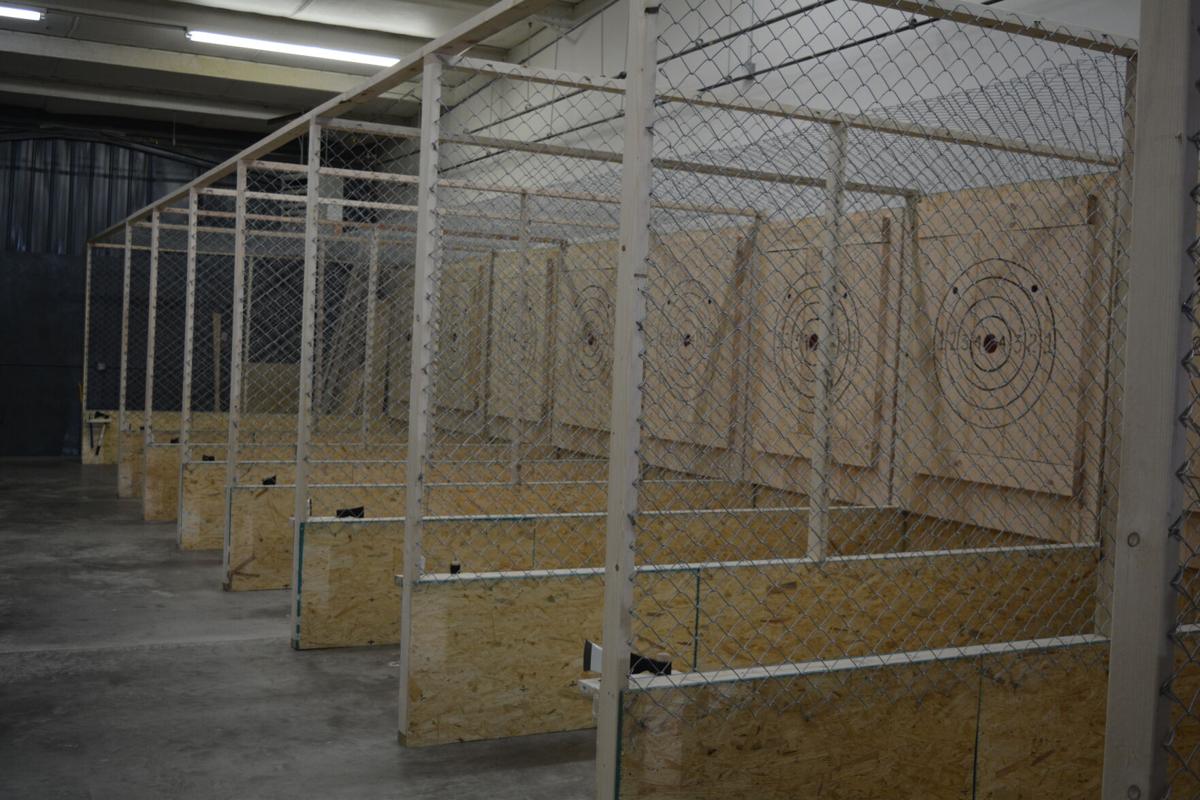 Many lanes are offered at Stidham’s Axe Throwing for friends and families to enjoy. 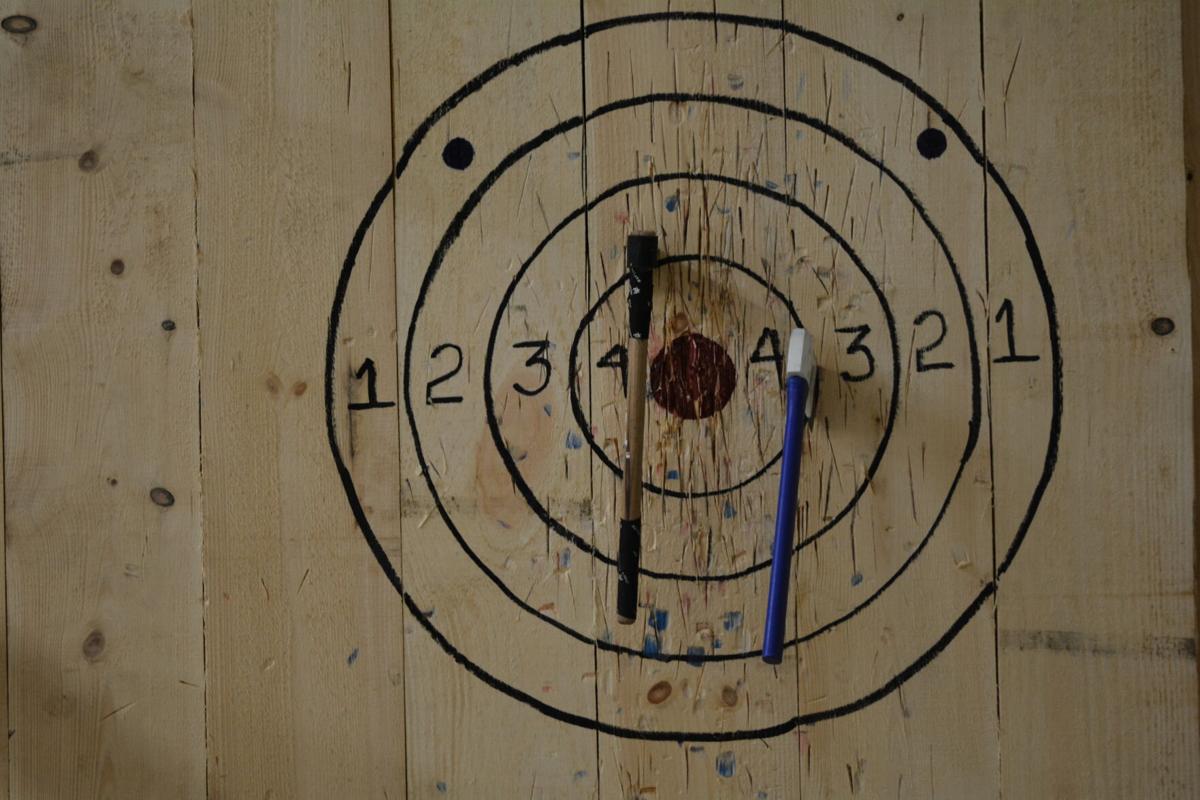 Customers will aim for the targets in the lanes of Stidham's Axe Throwing. 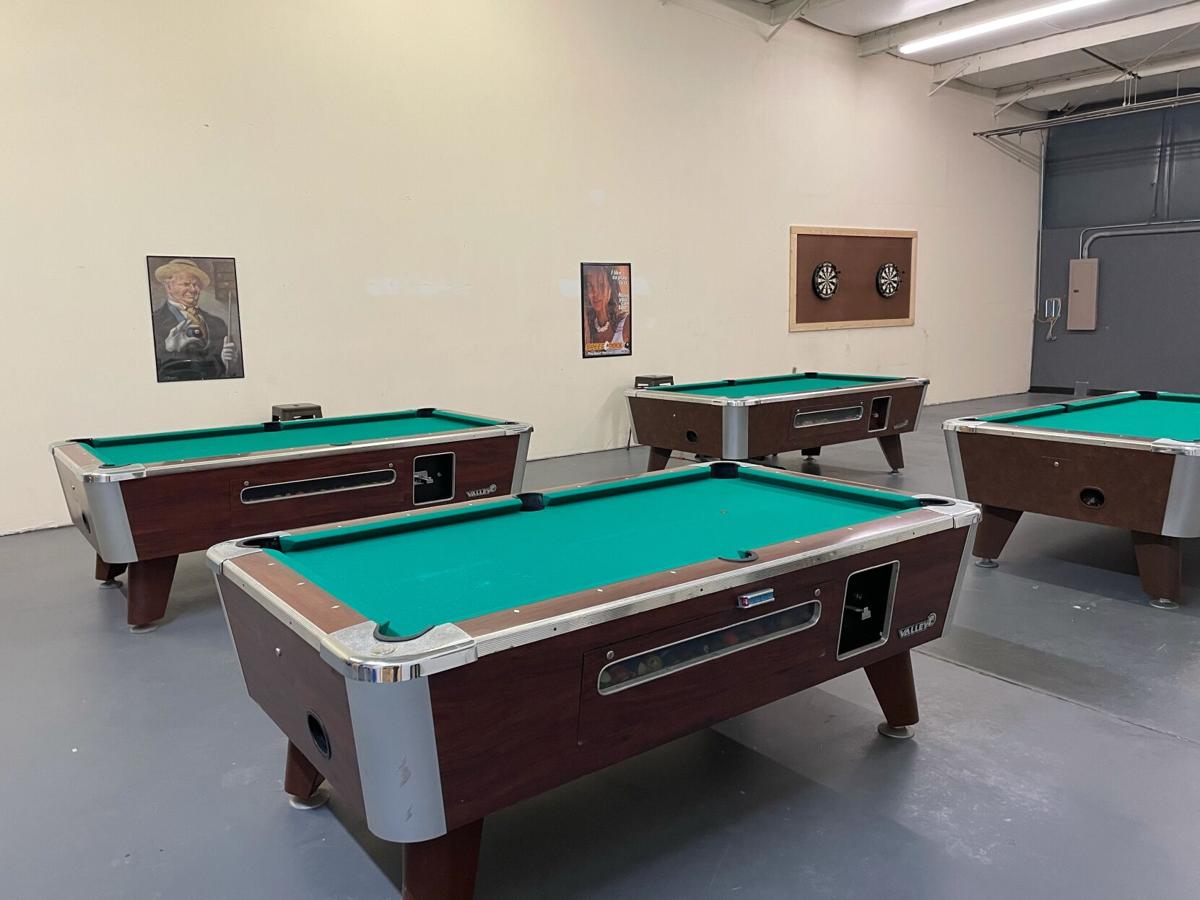 A local couple is taking aim at bringing a exciting type of entertainment Burke County residents.

Owners Dylan Stidham and Kristin Hamm are opening Stidham’s Axe Throwing to the public and the venue also will offer billiards, foosball and a variety of other entertainment. The business is located at 420 W. Fleming Drive in the Tannery Square shopping center will open on Friday, May 14 at 4 p.m.

“We are going to be operating seven days a week,” said Stidham. “We will be offering axe throwing, access to pool tables, foosball tables, darts, corn-hole boards and a jukebox.”

Hours will vary depending on the day, with the schedule set as:

Monday through Thursday from 4-10 p.m.

Friday from 4 p.m. until midnight

Saturday from noon until midnight

Sunday from noon until 10 p.m.

Stidham and Hamm want their business to be inclusive to everyone, including families with children. Beer will be served at Stidham’s Axe Throwing once they receive their alcohol permit later this month.

“We want to try and keep the business family-friendly, that’s why we will only be serving beer and not operating a full bar,” said Stidham. “We want people to be able to bring their kids to be able to throw and play pool and just enjoy the scenery and stuff.”

Stidham and Hamm are also planning on upgrading the facility space within the year to create an outdoor patio space for customers.

“Live music will be something we plan on doing in the future,” said Stidham. “Once we get the space figured out, I am eventually going to fence the front in and create an outdoor patio and that’s probably going to be where we put the live music.”

Once business gets up and running, Stidham and Hamm plan on allowing customers to host events, including birthday parties and other gatherings in the future such as axe lane and facility rentals.

Both Stidham and Hamm got into axe throwing after trying it themselves. They decided to open their own business after realizing how much they enjoyed it.

“We went and tried it back in February and we realized there wasn’t one in Morganton and we thought there wasn’t a reason one of these couldn’t be in Morganton,” said Stidham. “We’ve looked at several different locations for one and she [Hamm] ended up finding this place and it just worked.

“The building itself needed a little love, but we got it done.”

Axe throwing is an activity that anyone can try. Stidham and Hamm encourage anyone who has never tried it before to give it a chance.

“When I first tried it, I didn’t think I was going to be too crazy about it, but I’m telling you, once you hit that target a few times, you’re like, ‘Man this is awesome,’” said Stidham.

Cost per person will be $15 for one hour, per person. Monday and Tuesday nights will be kid’s nights where kids ages 10 to 15 can come throw for half price. Stidham’s Axe Throwing also will offer discounts to emergency responders and military veterans.

All ages are welcome at Stidham’s Axe Throwing, but everyone must sign a waiver before entering the building, even if you are not axe throwing. All throwers must be 10 years old or older.

For more information on Stidham’s Axe Throwing, visit their Facebook page at www.facebook.com/stidhamsaxethrowing or call 828-391-3495.

Black bands added a heavy weight to the badges of Brendletown firefighters Friday as they honored one of their own.

Burke County is a natural beauty, but lately it has been tainted by trash.

Bar and lounge seating will be available at Stidham’s Axe Throwing.

Many lanes are offered at Stidham’s Axe Throwing for friends and families to enjoy.

Customers will aim for the targets in the lanes of Stidham's Axe Throwing.