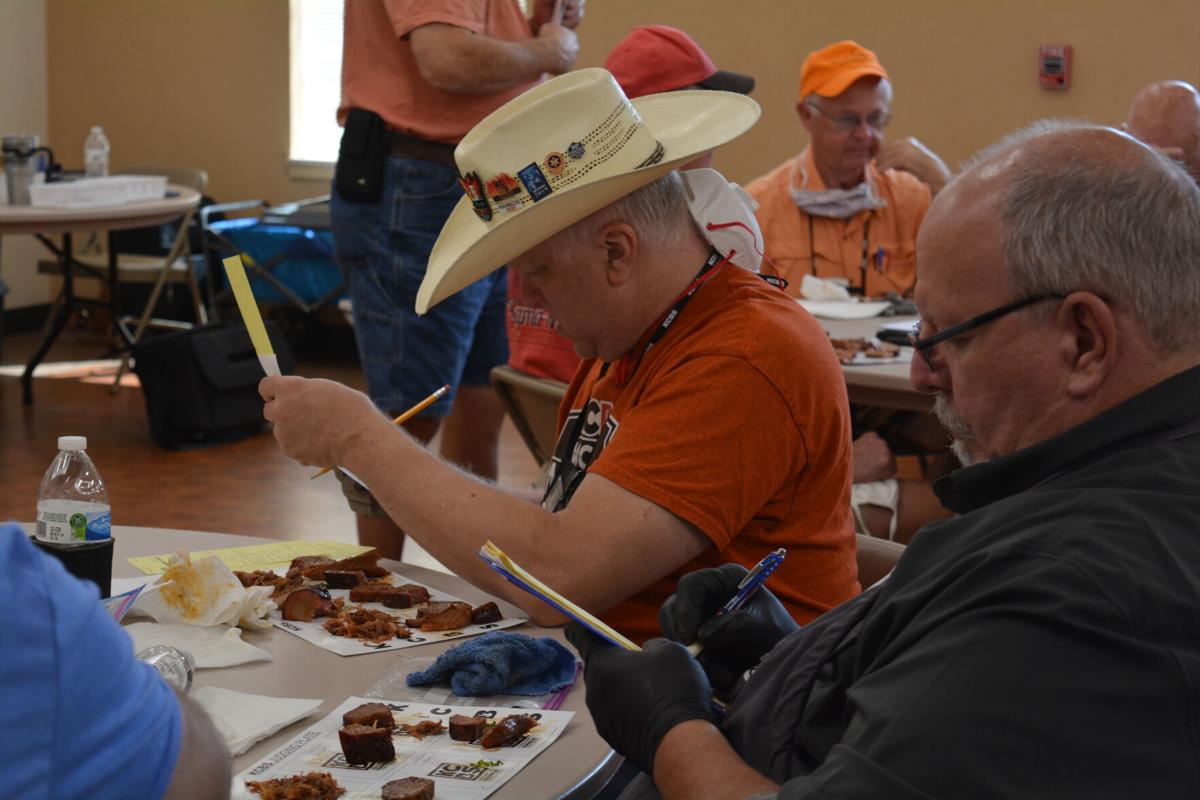 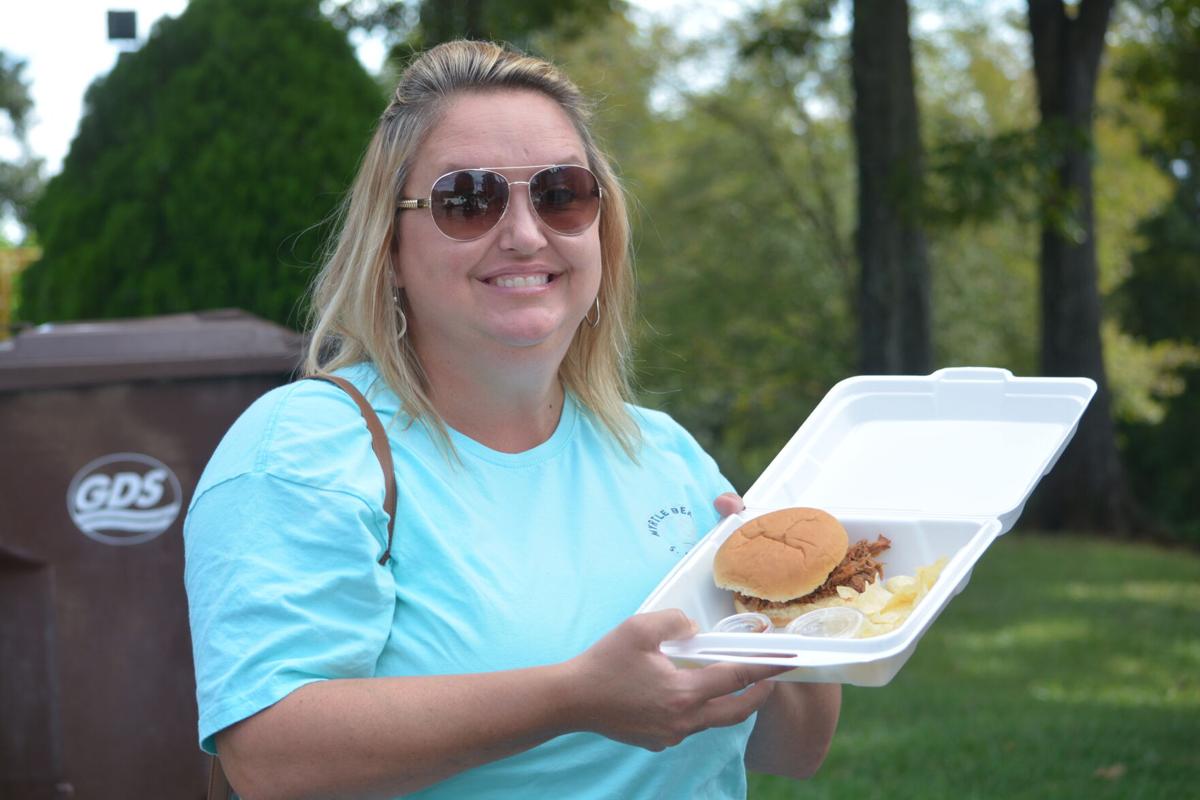 Brandy Gentry smiles with her plate of competition barbecue. 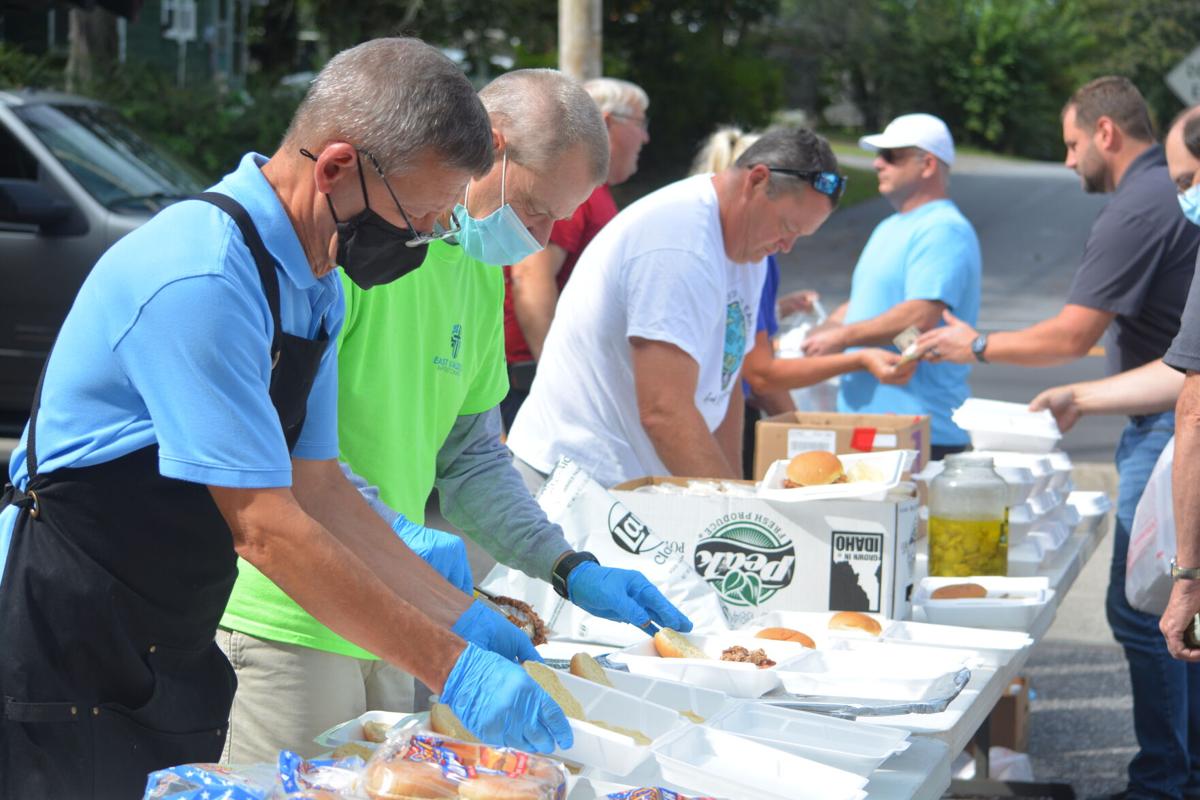 Members of the Foothills Service Project serve barbecue to the event attendees. 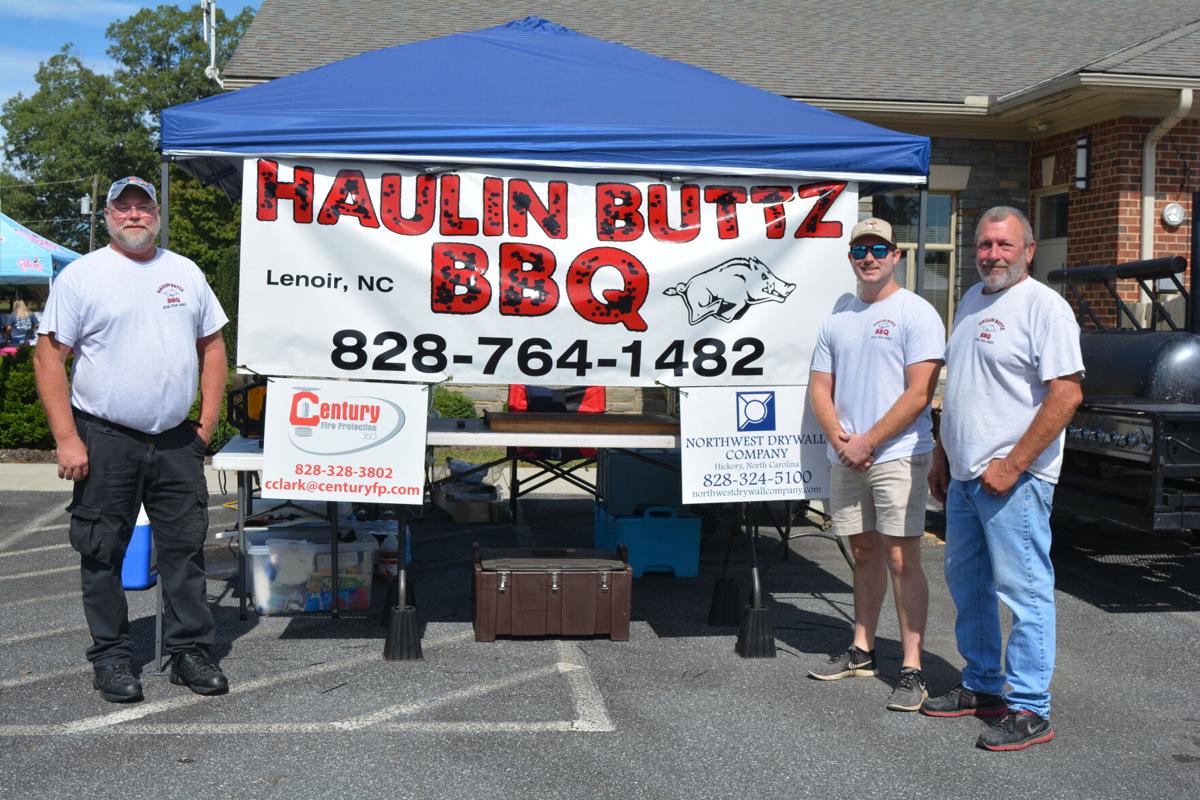 The members of the Haulin Butts barbecue group pose in front of their team tent. 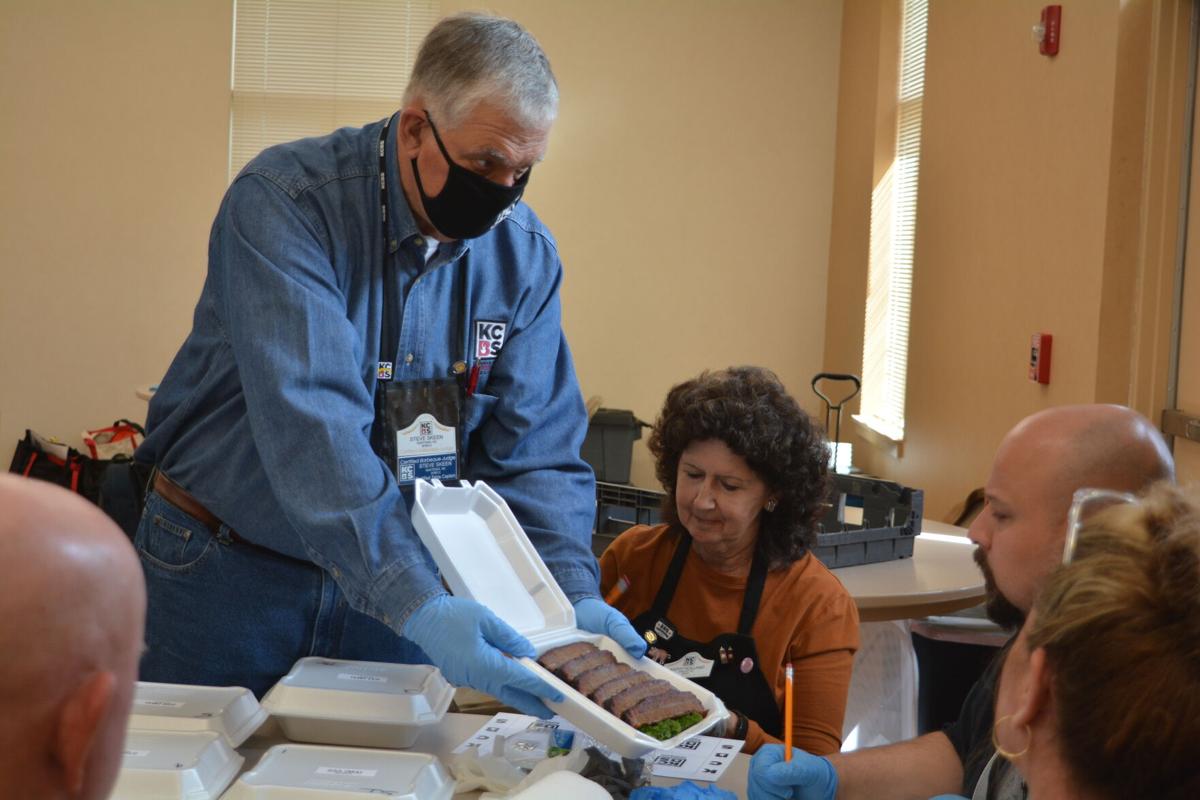 The KCBS judges are shown each meat before beginning the judging process.

RUTHERFORD COLLEGE — Barbecue chefs from across various states gathered this weekend to compete in the second-annual Pigmaster’s BBQ Challenge.

The competition was held at the Rutherford College Municipal Park and Town Hall on Friday and Saturday.

The event consisted of 28 teams and each team was required to provide submissions in the various groups of meat including pork, ribs, pork brisket and chicken to be judged.

Bryan McCreary, pit master for Haulin Butts Barbecue, was a member of one of the 28 teams competing for the title of grand champion at the event.

“We’re cooking in the Pigmaster’s Challenge,” McCreary said. “It’s a Kansas City Barbecue Society event. We do four meats. We do chicken, pork ribs, pork and brisket. A lot of these teams travel professionally. We’re in a professional group, but we’re here more for just fun and to be here.”

Wayne Annas, mayor of Rutherford College, was excited to host the teams, judges and members of the local community. He believes the annual event has made a positive and significant impact on the reputation of the town.

“We’ve got participants and judges from all over the eastern part of the country,” Annas said. “This event is becoming a big deal. The first year we had it, a small number of participants, maybe around 14 or 15, participated. Now we are up to over 27 applicants this year and had to turn away a bunch, so we’re expecting to grow again next year. It’s really put a lot of prominence in Rutherford College.”

Members of the community were able to partake in some of the competition barbecue through a fundraiser held by the Foothills Service Project.

Attendees were able to purchase plates and pounds of competition barbecue to raise money for a local couple, Merri and Nelson Rudisill, who were in a motorcycle accident over Labor Day weekend.

All proceeds of the fundraiser went to assist the couple with their medical expenses.

The event also consisted of a variety of different vendors, allowing Burke County locals to showcase their products and services at the competition.

Brandy Gentry smiles with her plate of competition barbecue.

Members of the Foothills Service Project serve barbecue to the event attendees.

The members of the Haulin Butts barbecue group pose in front of their team tent.

The KCBS judges are shown each meat before beginning the judging process.