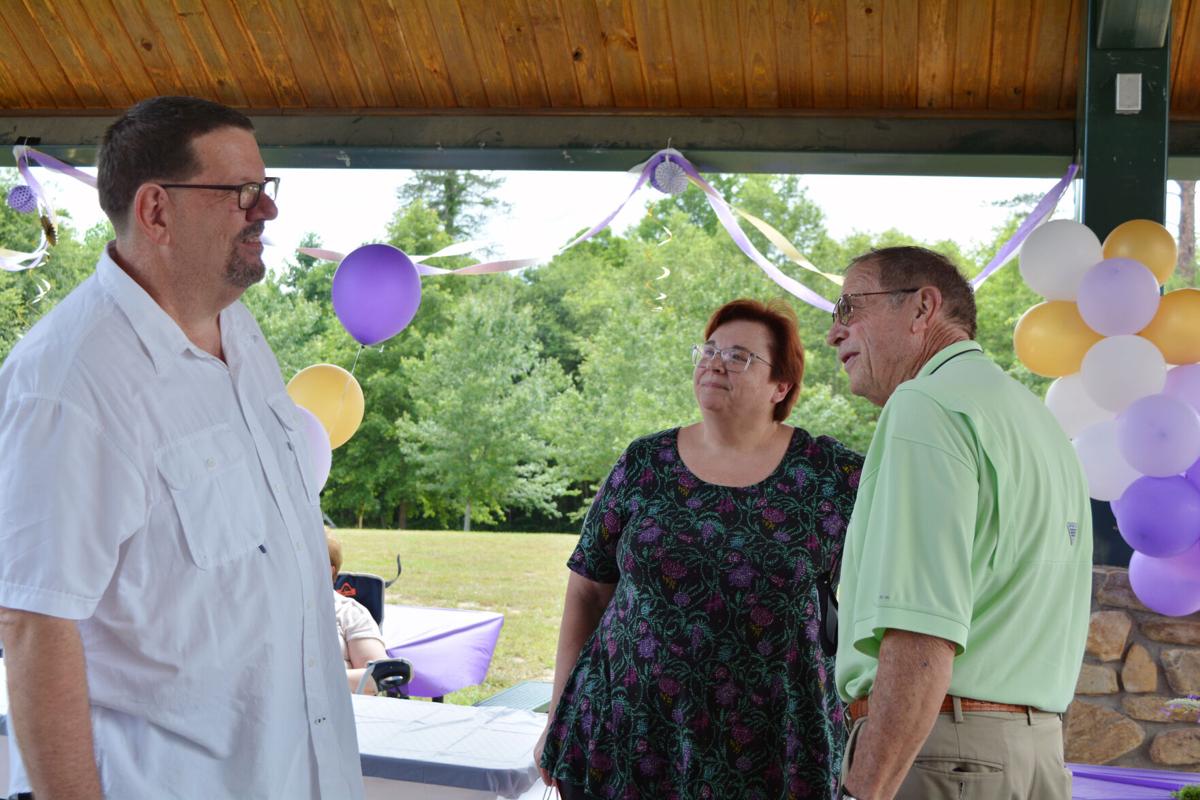 Rebecca McLeod, center, stands with her husband, Mack McLeod, left, and Morganton City Councilman Butch McSwain at a retirement party held for her and Lisa Moore at Catawba Meadows Park on Tuesday. 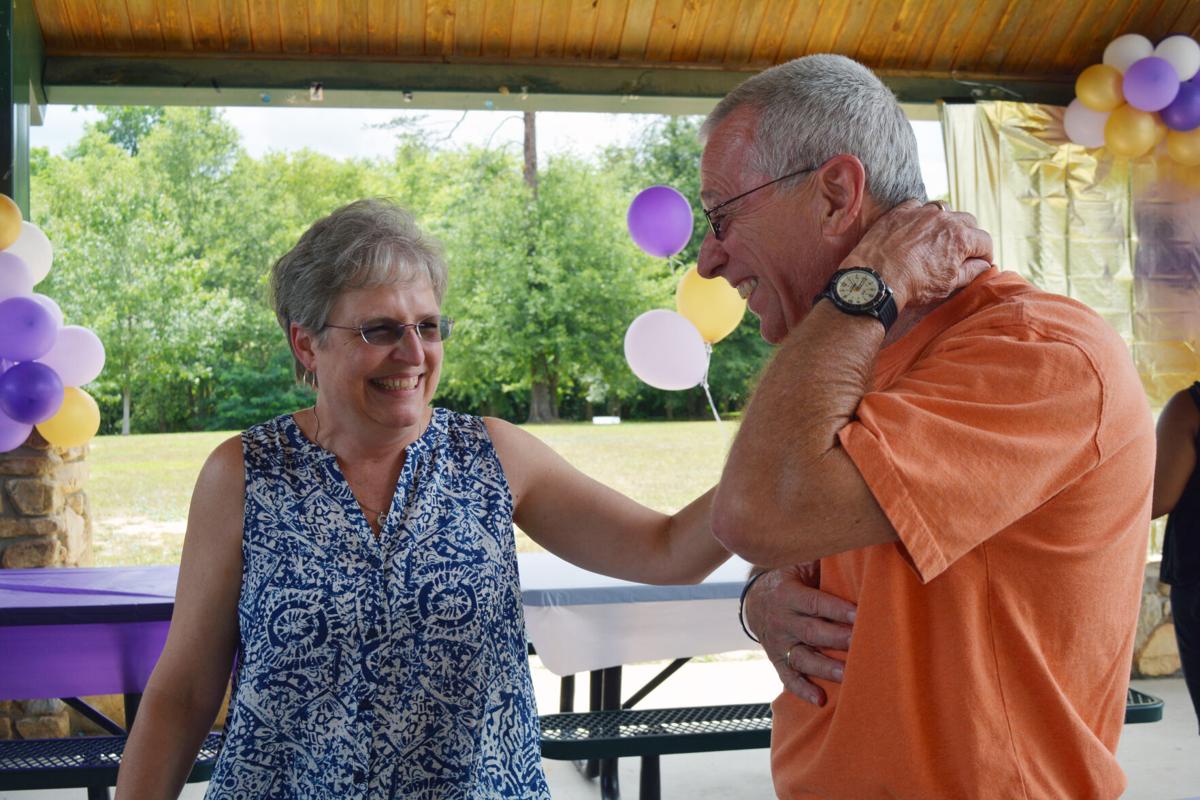 Lisa Moore, left, talks to a well-wisher at a retirement party held for her and Rebecca McLeod. 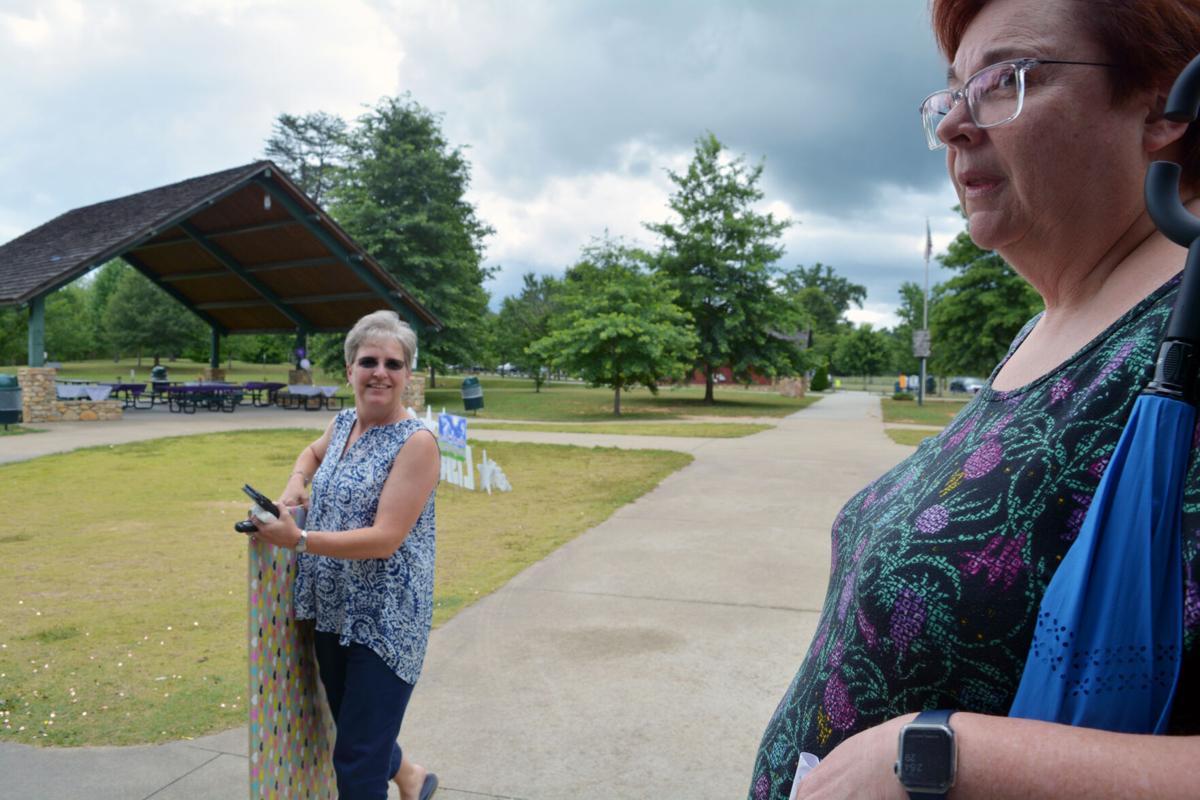 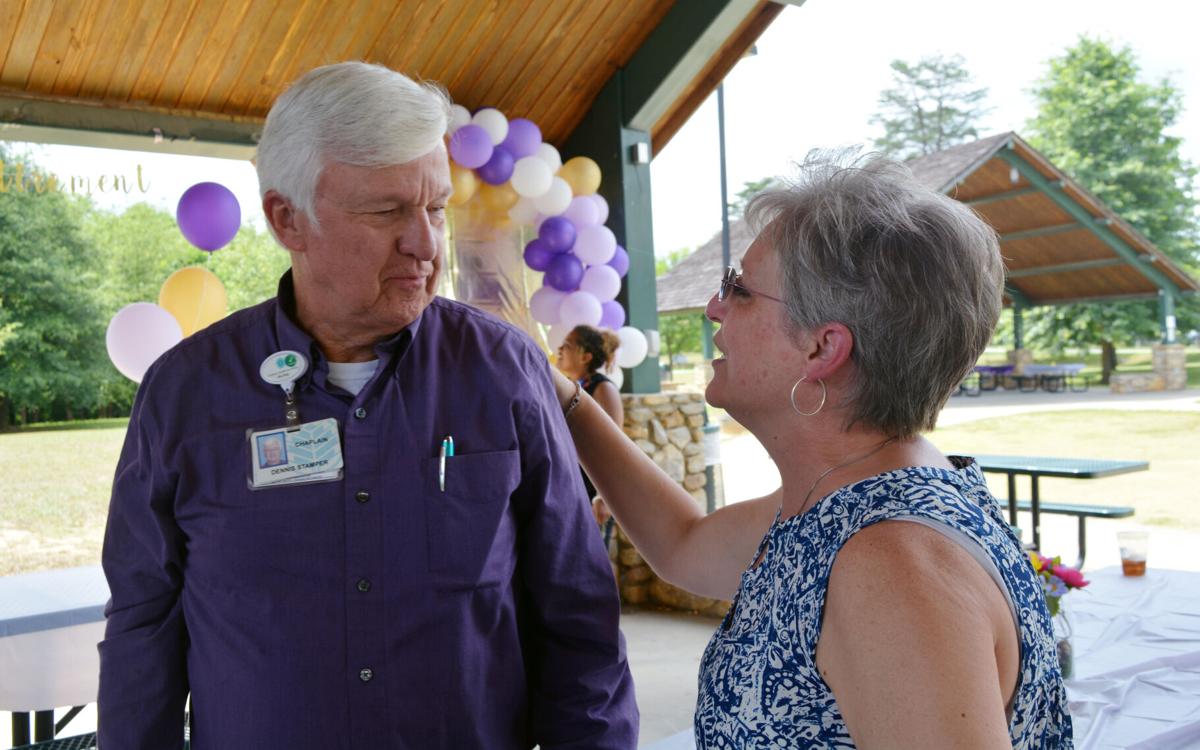 It was a festive farewell for two long-time Burke County Health Department leaders this week at Catawba Meadows Park in Morganton.

McLeod began her public health career in Cleveland County for a year and a half before accepting a public health education position in Burke County 34 years ago. She became health director nine years ago.

In February, McLeod told The News Herald the decision to retire wasn’t an easy one but she believes it is time, and she’s ready.

“I want to have fun with my husband, who’s retired,” McLeod said at the time.

Her husband, Mack McLeod, was at the retirement celebration on Tuesday for his wife and Moore. He’s been retired for two years and their two sons are grown and out of the house. The worst of the pandemic is behind us, so she felt this was the right time to retire, he said.

He jokingly said she’s going to upset his daily routine. But then said his wife already has things planned out for them to do, including a trip.

“It’s bittersweet, but I feel good,” Rebecca said at the celebration.

She plans to enjoy her retirement going on cruises and road trips, some of which will be trips to see their sons.

Lisa Moore first joined the Burke County Health Department in December 1989 as a public health education specialist trainee. She left the department in 1994 to work for Catawba County Public Health but came back to the Burke health department in 2004.

Charles Moore, Lisa’s husband, said he’s happy for his wife and she will get to do what she wants to do. He plans to let her relax, which he says she’s good at, before he will ask her for some help around the house.

But Lisa already has her own list of things she plans to tackle.

She said she’s heading home to take care of projects at her house and her mother’s house, and she plans to take some cruises.

This last year has changed things, she said about the pandemic. But she thinks things will get back to normal and the new leadership at the department will do great things.

Watch Now: America is running out of lifeguards

Children and delta: What parents need to know

Children and delta: What parents need to know

Police: Man wrecks car on I-40, runs through woods naked before capture

Witnesses told troopers the man climbed out of the car with a cat in one hand and a beer in the other.

Check out the highest bonds issued in Burke County from June 6-12.

J. Iverson Riddle Developmental Center has been found negligent in the death of a resident who was found June 12 submerged in a bathtub.

Janelle Pearson has proven that the hardest of times can be overcome by hard work.

His girlfriend had cuts to her face, arms and body, and her mother had multiple bite injuries, according to the Burke County Sheriff's Office. He's considered armed and dangerous.

Johari “J.” Hemphill, a Morganton native and Freedom High School graduate, was recently promoted to the rank of colonel in the United States Air Force:

State employees ordered to be vaccinated or be tested

As COVID-19 cases have started an upward trend in Burke and across the state, North Carolina Gov. Roy Cooper issued an executive order Thursda…

For months now, residents who want to see the Confederate statue removed from the Old Burke County Courthouse square have called on county com…

Rebecca McLeod, center, stands with her husband, Mack McLeod, left, and Morganton City Councilman Butch McSwain at a retirement party held for her and Lisa Moore at Catawba Meadows Park on Tuesday.

Lisa Moore, left, talks to a well-wisher at a retirement party held for her and Rebecca McLeod.