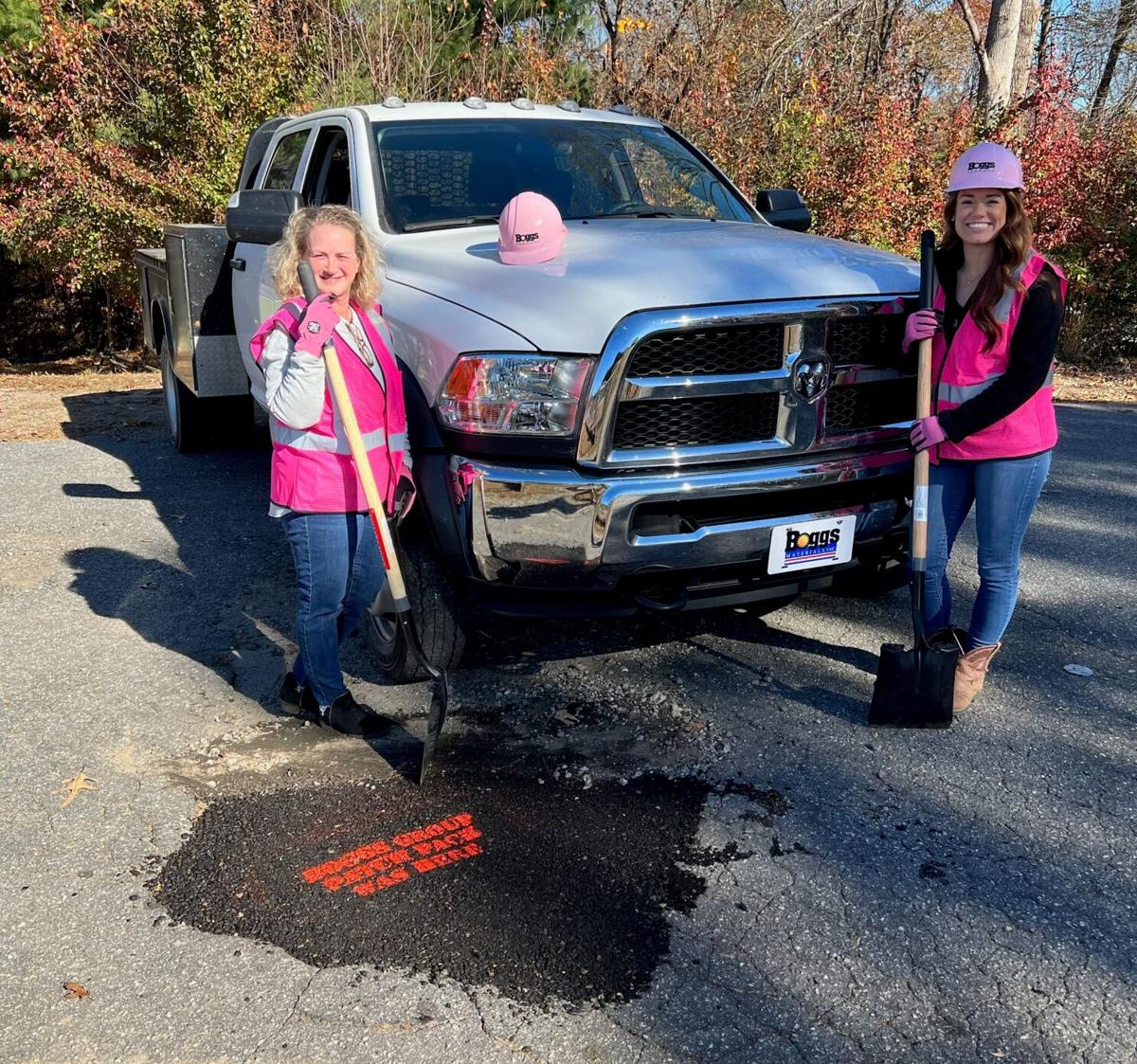 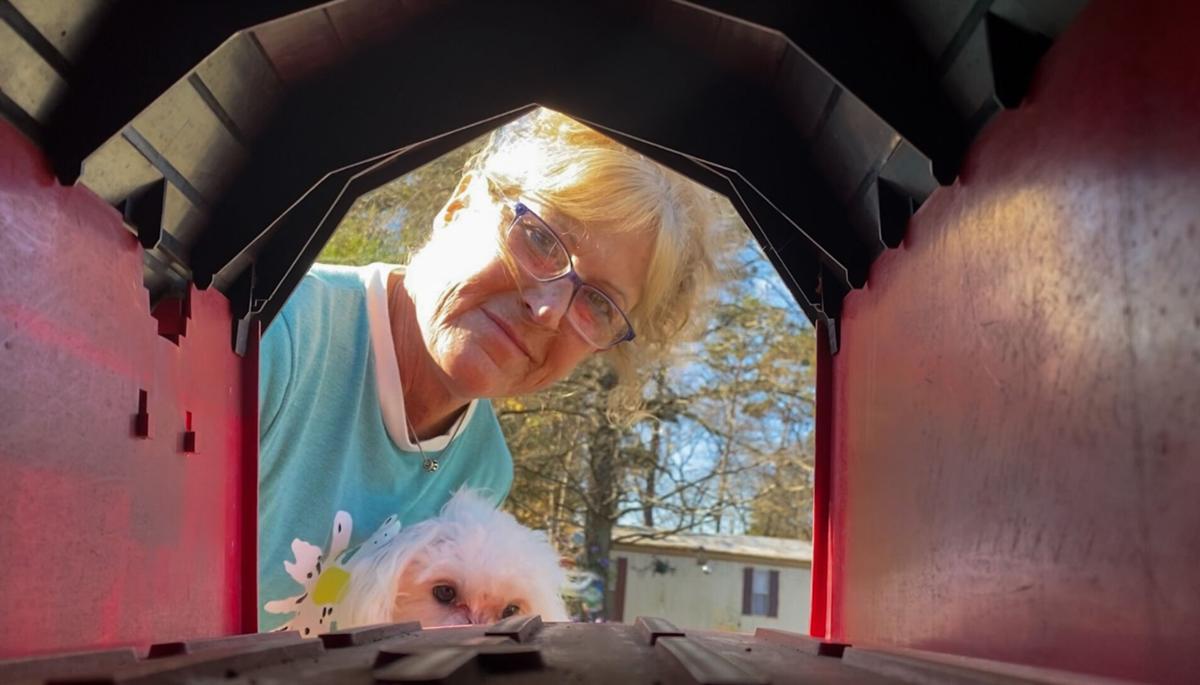 Lynn Ruffner checks her empty mailbox on Carroll Street in the Hickory area of Burke County. 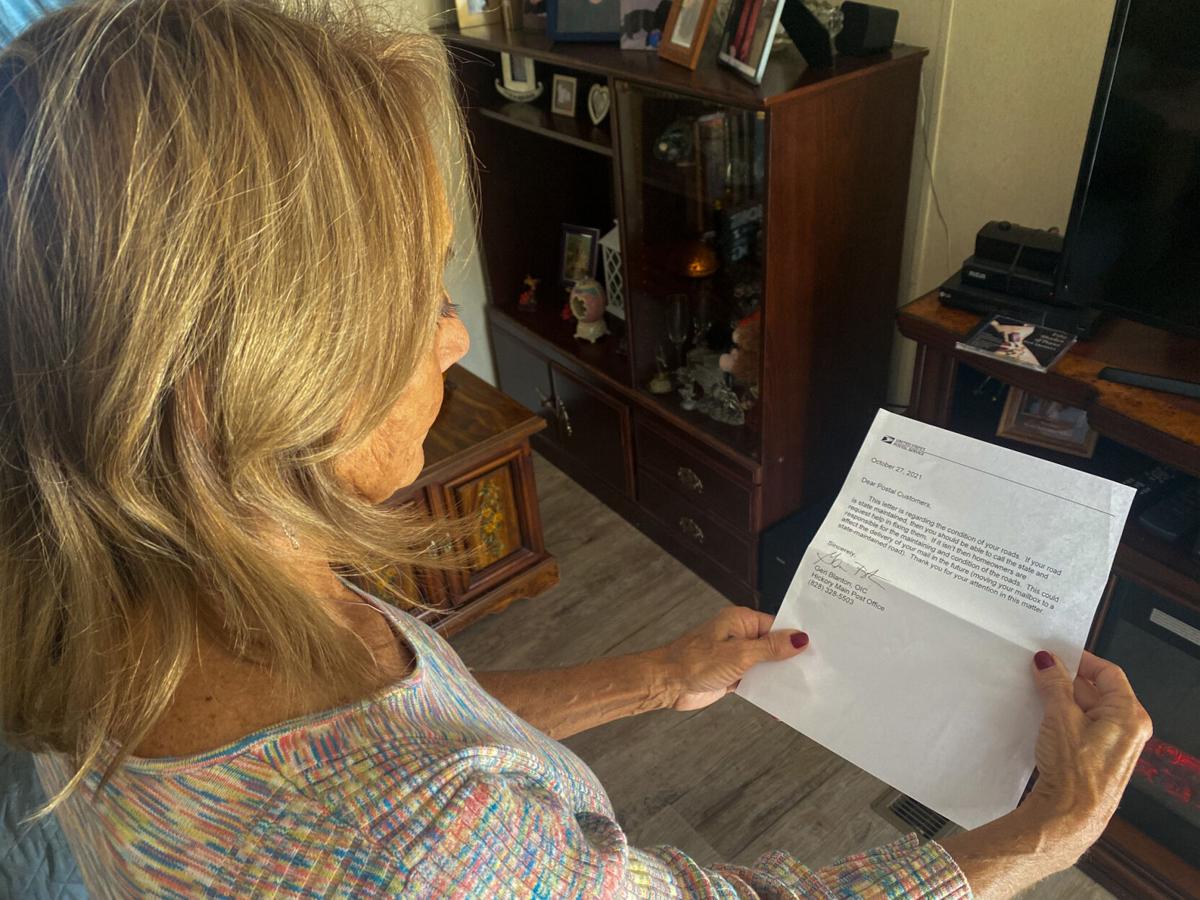 Kathy Duncan looks at a letter telling her that mail service would be stopped to her neighborhood in the Hickory area of Burke County.

HICKORY — Chuck Steele knew his company could help when he saw a neighborhood was at risk of losing its mail service because of potholes.

Steele, president of Boggs Materials Inc. in Monroe, saw WSOCTV’s Thursday night story about the ongoing issue for residents on Spring Meadows Drive, Brent Street and Carroll Street, all in the Hickory area of Burke County.

“I was there and I turned the news on and the first thing I saw was this story,” Steele said. “I felt sorry for these older people, I know they ain’t got a whole lot. One lady said something about she couldn’t get her medicine and was about to run out, kind of had her in a bind, and she didn’t really have a way to get to Hickory to go to the post office and get her stuff. The only thing that was keeping the post office from delivering out there was those pot holes.

“I said, ‘you know what we’ll do? I’ll just get a group in the morning and I’ll send them up there.’”

Residents of that neighborhood received a letter a couple of weeks ago telling them mail service would be stopped because of poor road conditions.

“I was aggravated, I was angry, because I’ve lived here almost 10 years and the roads are a little better now than they’ve ever been before because I’ve had some neighbors that have tried to work on the roads a little bit themselves,” said Kathy Duncan, a woman who lives on Carroll Street. “We’ve never had a problem until this letter out of the blue.”

Geri Blanton, the person who signed the letter sent to neighborhood residents, told Duncan that she and the postmaster drove through the neighborhood Thursday and could see where neighbors had made efforts to repair the roads.

Blanton told Duncan mail delivery would resume Friday for most residents, but that something would have to be done to better address the roads, especially regarding a larger pothole at the end of the cul-de-sac.

That’s where Steele and Boggs Materials came into play.

Steele said he had formed a group of mostly women from his company last winter that’s called the Patch Pack of the Carolinas. They go around and patch problematic potholes for free.

“When you’re in the asphalt business, you don’t have a whole lot to do in the winter,” Steele said. “We had ladies that worked for us, a couple in the lab, a few in the offices, that really weren’t that busy in the winter … we do it kind of to help people out, like if a church parking lot has a big old pothole in it and everybody’s busting their tires on it, we would go out there and just patch it because patch doesn’t cost all that much.”

He emailed WSOCTV Reporter Dave Faherty to get the street names.

“It kind of touched my heart last night when I was sitting there, eating my hamburger, watching these folks that needed to get their mail, but yet it wasn’t going to get delivered because of the pot holes,” Steele said. “I thought, ‘you know what? We’ll go over there and fix those pot holes that way nobody’s got no excuses and they can get their mail and kind of be a good ending to the story.’”

He said giving back was a good way to start off the holiday season.

“I’ve always found that if you do something good like that, it gets passed back to you somehow,” Steele said. “It’s just a good deed we did and hoping to bless their hearts and touch people.”

Find out more information about Boggs Materials Inc. at www.boggsgroup.com.

A Morganton man who got lost while hunting in eastern North Carolina has been reunited with his family.

The autopsy of a resident who died in June at J. Iverson Riddle Development Center in Morganton says she drowned but a seizure may have contri…

Lynn Ruffner checks her empty mailbox on Carroll Street in the Hickory area of Burke County.

Kathy Duncan looks at a letter telling her that mail service would be stopped to her neighborhood in the Hickory area of Burke County.