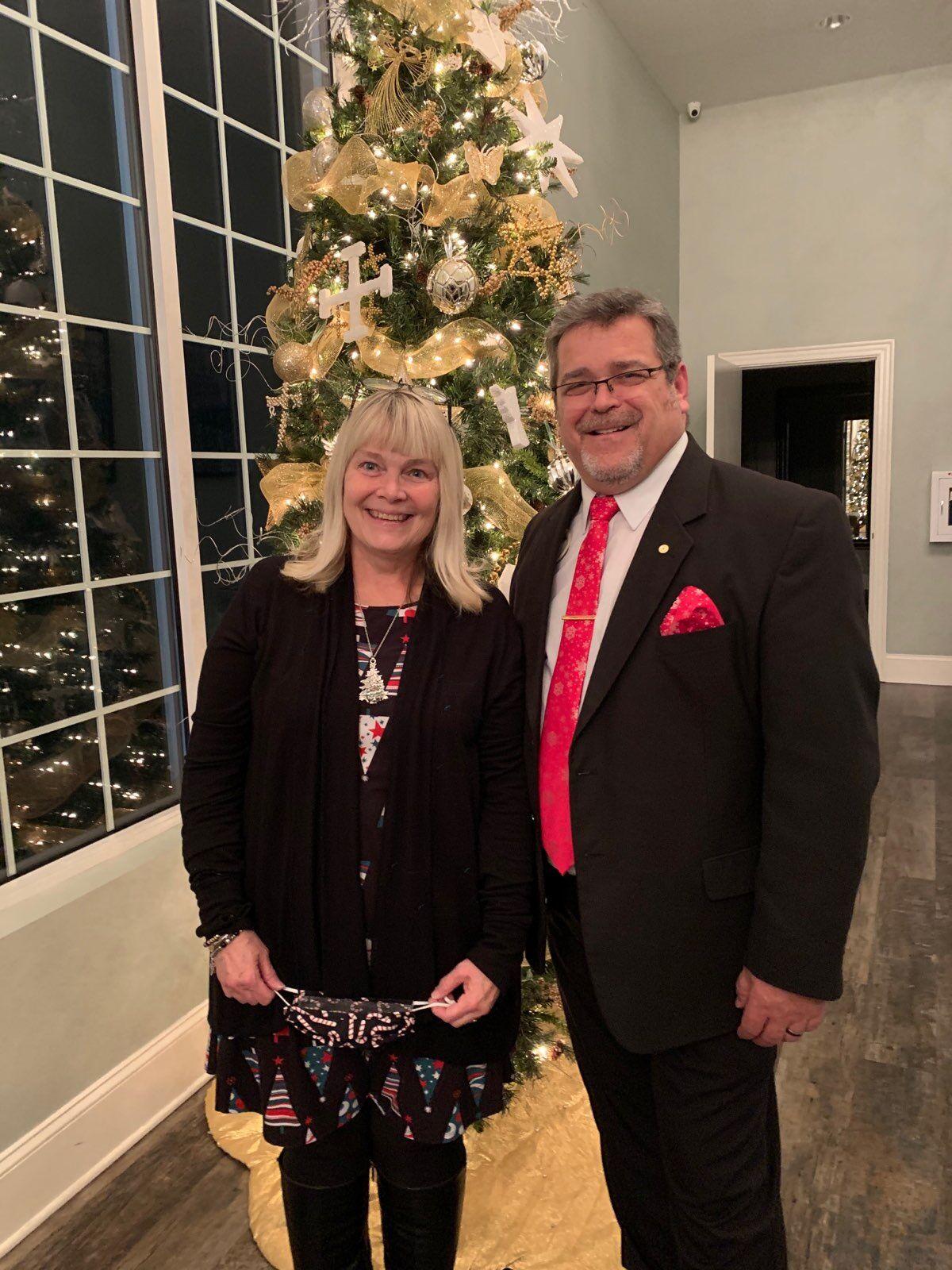 The Rev. Thurman Roe has been called to serve as pastor of Wilkies Grove Baptist Church. With him is his wife, Donna. 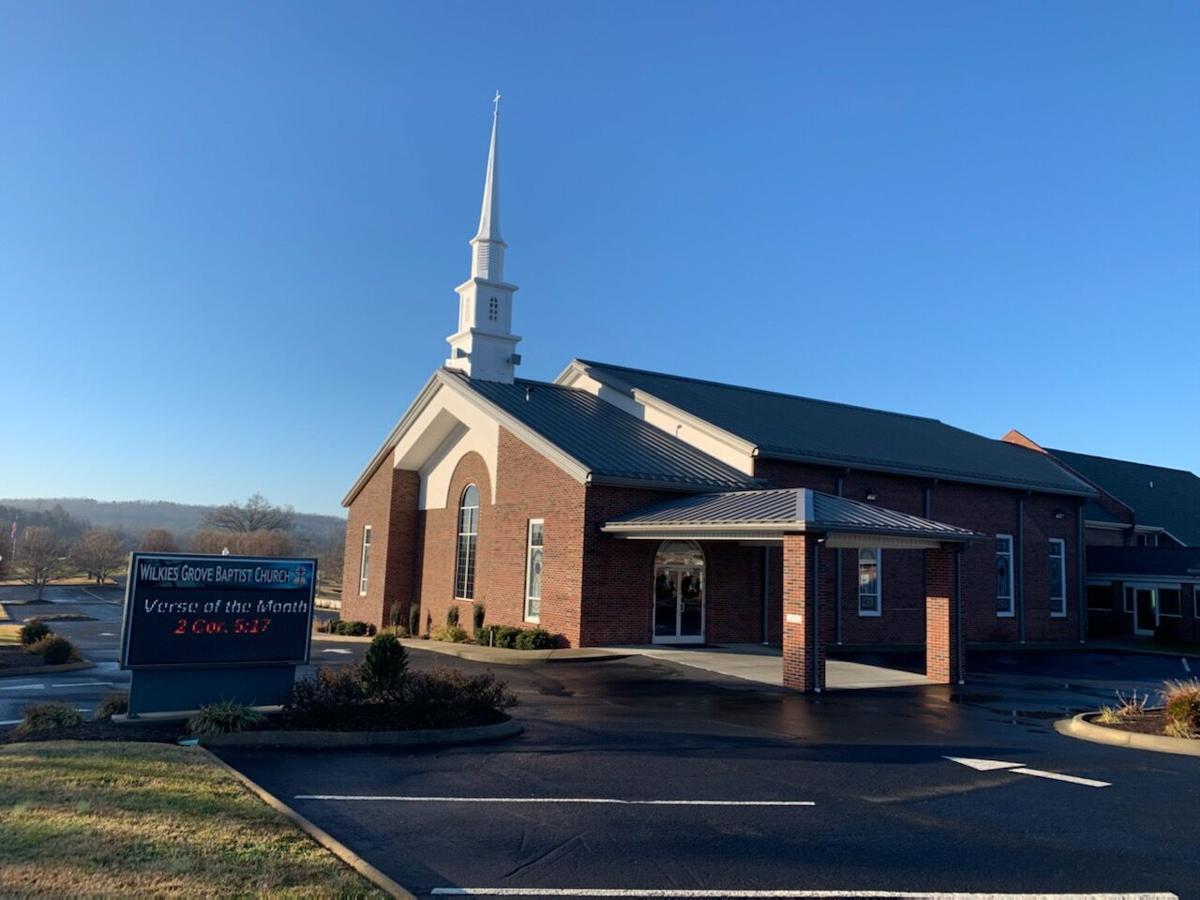 A longtime member of Wilkies Grove, Roe has been serving as the church’s interim pastor since the retirement of the Rev. Kenneth Bryant at the end of 2019. For nearly 15 years, Roe served in various capacities at the church, including as deacon and youth leader, before leaving his job at MDI in 2015 to accept a full-time position as the church’s associate pastor.

“I had been at MDI for 29 years,” Roe said. “I stepped away from a full-time job with benefits and a good retirement for the associate position, but it’s what the Lord wanted. It was a step of faith, but it was exactly what I needed to do.”

Roe said taking on the pastorate of a church where he has been a longtime member comes with unique challenges and opportunities.

He noted that being close to his people can be an important benefit to his ministry.

He believes his longstanding relationship with church members has allowed him to continue ministering without interruption.

“Doing it like this eliminates the get-to-know-each-other process,” Roe said. “We don’t miss a step.”

Roe grew up in the small upstate New York town of Port Byron in the Finger Lakes region. He said he was first exposed to the Baptist faith through a vacation Bible school program sponsored by a church in the nearby city of Auburn.

“They had a VBS instructor that traveled to people’s homes,” Roe said. “My aunt sponsored them one year, and I accepted Christ as my Lord and savior.”

As a 13-year-old with no connection to a local church, Roe said he found it challenging to live out his newfound faith.

In 1979, Roe left New York, reporting for service in the Army two weeks after his high school graduation. While serving, he met and married his wife, Donna, a Burke County native. A few months after they were married, Roe received orders to relocate to Germany. He was gone on maneuvers most of the time, leaving his 19-year-old wife and newborn daughter behind on the post.

Roe decided not to reenlist after three years in Germany, and they moved back to Connelly Springs and began attending St. John’s Baptist Church, where Donna had been reared. While attending St. John’s, Roe was baptized in his late 20s, and soon sensed a call to ministry.

“When I felt the calling … I started taking Bible classes, just to see,” Roe said.

During those initial classes, Roe felt increasingly confident that he was pursuing the right track, so he enrolled in a seminary extension program through the Southern Baptist Convention. He also took classes through Liberty University, where he earned a diploma in advanced Biblical studies.

“I did all that, plus worked at MDI, plus serving in youth ministry,” Roe recalled. “You have to manage your time in situations like that.”

Roe’s main goal for Wilkies Grove under his pastorate is to become more effective in reaching out to those who have gotten out of the habit of making church a regular part of their life. As the interim pastor, he emphasized the importance of developing daily spiritual habits and plans to continue this emphasis in his new role as senior pastor.

“We need to focus on getting back to worship and to get the wanderer,” Roe said. “We need to solidify their presence in the house of worship and help them understand the importance of a daily relationship with Jesus Christ.”

According to Roe, Wilkies Grove is fortunate to have recently completed a building project that expanded the sanctuary and added the capability to run an audio-video feed into the fellowship hall.

“Two years ago, we finished the construction,” Roe explained. “We added a stage in the fellowship hall and upped our capacity by 200 people, which has been great. It came at a great time, because we can sit every other pew.”

Roe hopes to be able to use this extra space, as well as their online and social media presence, to encourage his members to stay connected to the church.

The Rev. Thurman Roe has been called to serve as pastor of Wilkies Grove Baptist Church. With him is his wife, Donna.