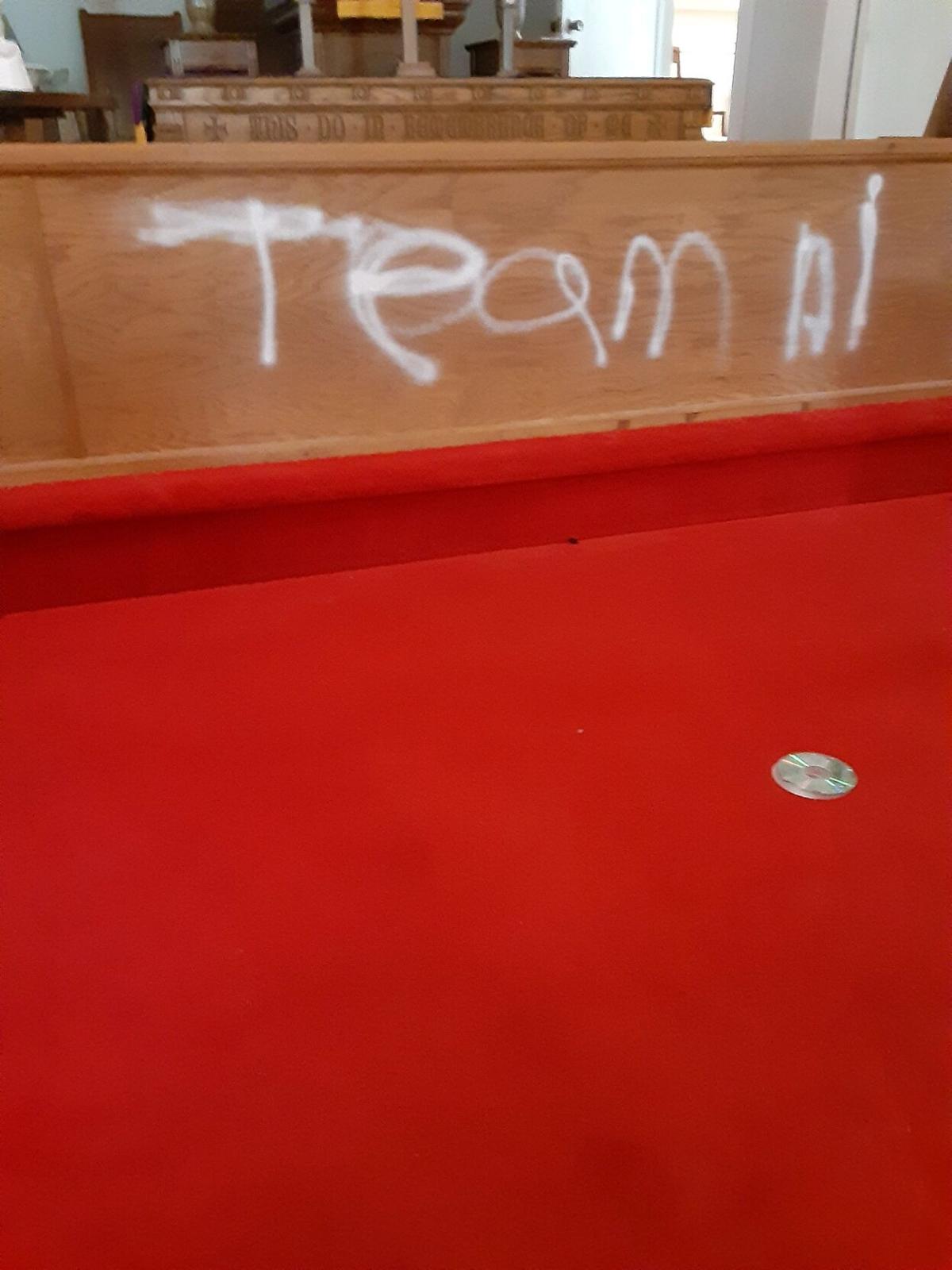 Graffiti was sprayed throughout the church. 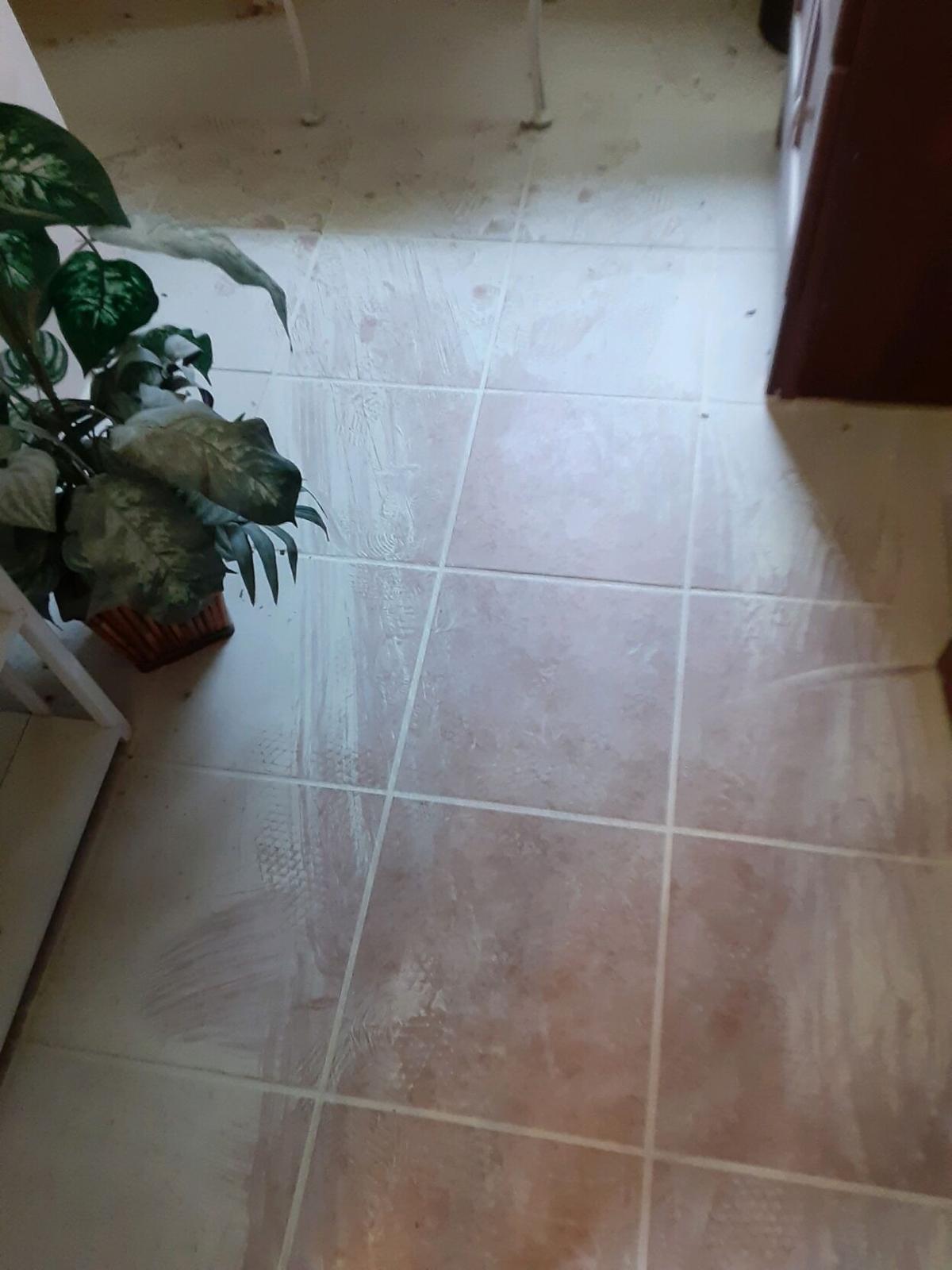 It looked like a fire extinguisher had been set off inside the church, leaving footprints tracking the vandals' paths throughout the building. 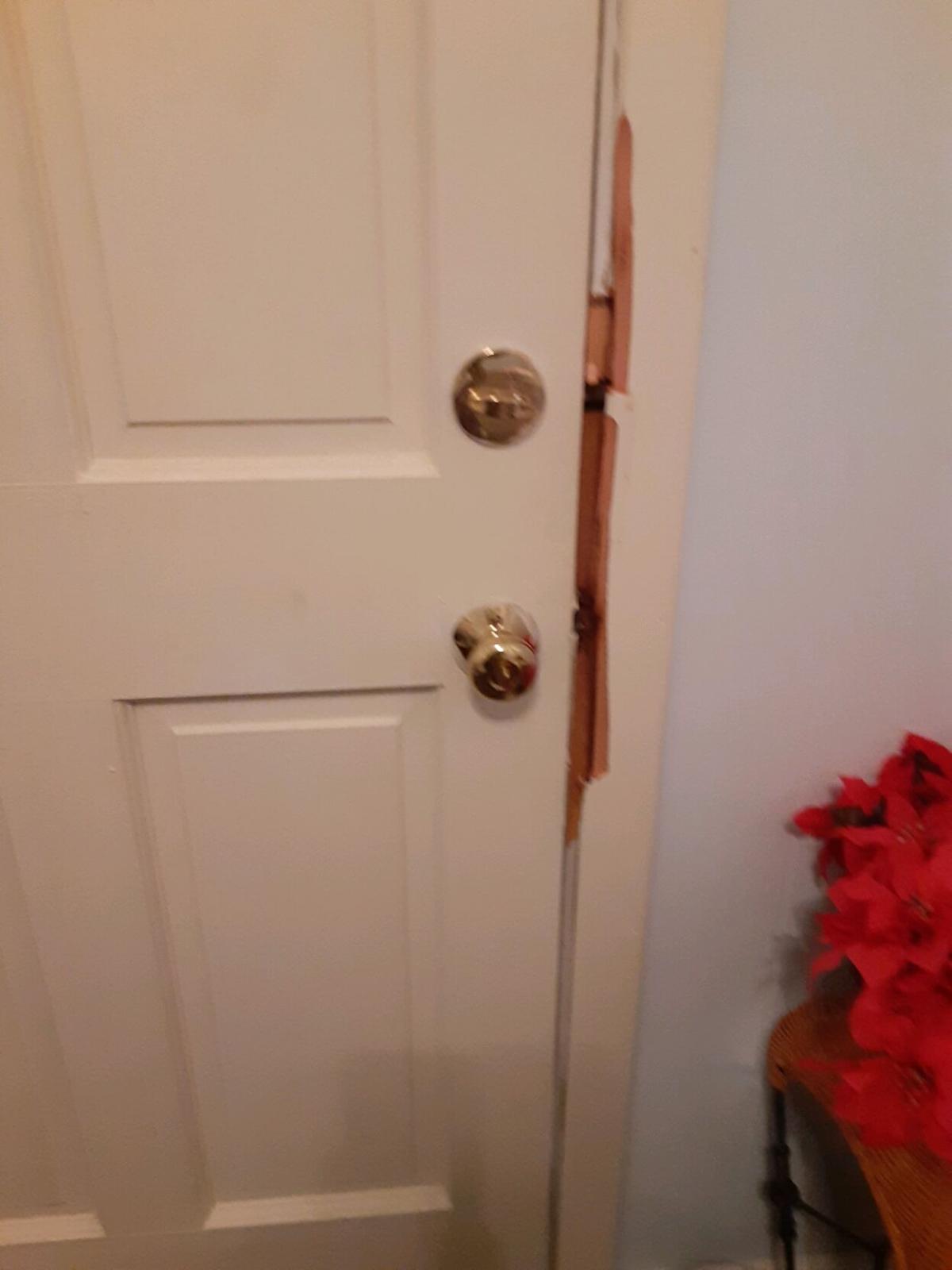 A door was damaged in the break-in. 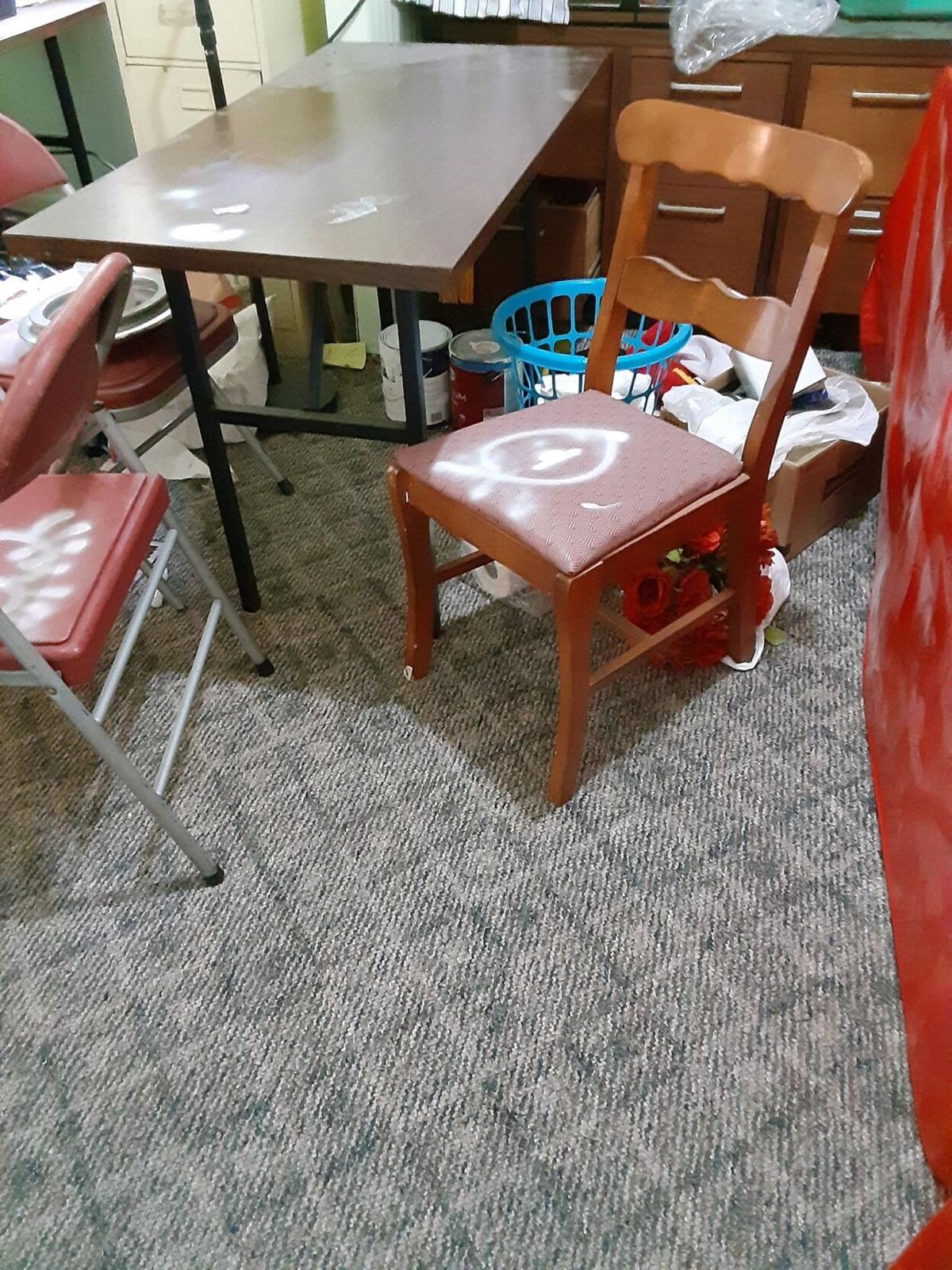 Chairs also were the victim of graffiti at the church.

She’s been attending the church, which has been around for nearly 150 years, ever since.

Services have been held by conference call since March to protect members from the spread of COVID-19. Monday was the first time anyone had been into the church for security purposes since June 7.

They were met with a sight, unlike anything she’s ever seen before.

The Burke County Sheriff’s Office reported that it looked like a fire extinguisher had been set off inside the church. Items were thrown all over the church and someone had walked on top of the pews.

“[It was] devastating,” Carson said. “I just sat down and cried. It hurt me to my heart to see somebody would do our God that way.”

Footprints were left in the fire extinguisher residue on the pews and floors.

“It’s all over the church,” Carson said. “All over the pews and everywhere.”

The vandals and thieves even took it as far as spray painting graffiti on the church’s altar.

This level of vandalism hasn’t been seen since Carson has attended the church.

“We’ve had some vandalism,” Carson said. “Once somebody took out all the copper that they could get their hands on, and once somebody tried to break-in but they couldn’t get in and they damaged one of the stained glass windows.”

Carson hoped whoever committed the crime against the church would find God.

“Frankly, they need some Jesus,” Carson said. “They need a lot of Jesus. I don’t know if it was adults or teenagers or children or who, but somebody needs to, if its children, somebody needs to be talking to them or guiding them in the right way about destruction of property, not only of the church but anybody’s property.”

Town Mayor Johnny Berry said he’s grown up with most of the congregation at the church, and he attends a church right down the road at Shady Grove United Methodist Church.

“It’s an unfortunate thing,” Berry said. “I hope it was just vandalism and not racism or prejudice. We’ve never had an issue in this little part of our town.”

BCSO said there is no information that the incident involved racial bias. It remains under investigation.

Berry said that a $1,000 reward is being offered to anyone with information that leads to an arrest and conviction of those responsible for the crime.

“It’s just very disturbing,” Berry said. “You always see it in town where they do the walls and this, that and the other, but not out in the country where we’re at. It’s everywhere I guess. It’s closer to home than I wanted it to be.”

The devastating vandalism has proven the strength of community, Berry said. Several community members, businesses, and other churches have offered to help Israel Chapel in any way they can.

“A lot of people are stepping up … that’s the way it’s supposed to be,” Berry said. “We take care of each other.”

Graffiti was sprayed throughout the church.

It looked like a fire extinguisher had been set off inside the church, leaving footprints tracking the vandals' paths throughout the building.

A door was damaged in the break-in.

Chairs also were the victim of graffiti at the church.