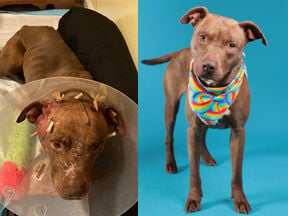 In December, Angus was covered in wounds and had a broken foot. Now, he’s looking to find his forever home. 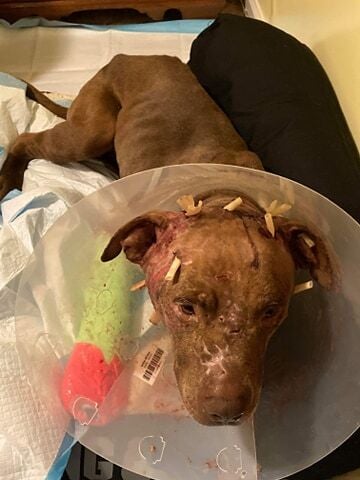 Angus had a broken foot and several infected wounds that had to have drains put in them. 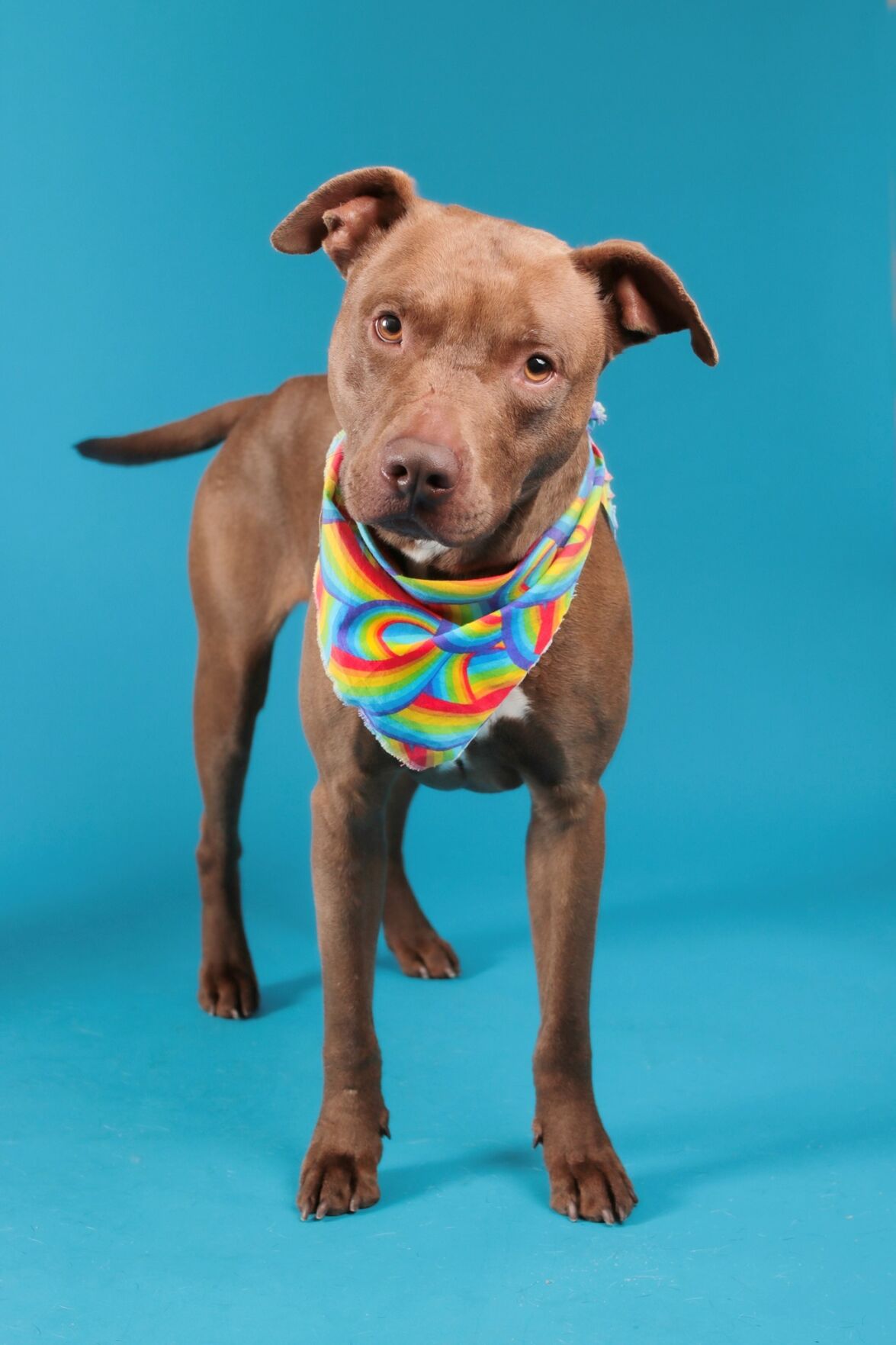 Angus now is looking to find his forever family.

A dog who was attacked by a pack of dogs is ready to be adopted after months of recovery.

Animal Control Officer Pete Aldridge was on-call the night of Dec. 22 when he received a call for a dog that had been attacked.

That dog, now named Angus, had some pretty extensive injuries. Aldridge said the woman who was watching the dog, and had him for about a month, told him that he had been attacked by a pack of dogs running loose in the neighborhood.

He advised her to take the dog to the vet, and she said she would. He said either he or another animal control officer would come by the next day to make sure the dog had been taken to the vet.

When an animal control officer came to the scene the next day, the dog was still tied up outside. Aldridge told the officer to seize the dog and get it some medical attention.

That began months of treatment for Angus from the doctors at Burke Animal Clinic. Things were touch and go for a while, with Angus having a broken foot and with some wounds that got infected and had to have drains put in them, according to a post from Burke County Animal Services.

His first fosters decided it would be better to send him to another home that could focus on some of his behavioral needs, and Angus was the only animal in his new home, the post said. His new foster family could spend more time at home with him, too.

Since then, he has been weaned of several anxiety medications and has started training, and now he is looking to find his forever home.

Kaitlin Settlemyre, director of animal services, chose to feature Angus last week in the department’s animals of the week.

She said Angus would need to go to a patient family who is willing to dedicate time and effort to helping him cope with stress from his past, and especially a family where he can be with his humans at all times. He’s not fond of other animals.

The woman from whom Angus was seized, Judy Ann Lail, 66, of 2064 Brent St. in Hickory, was charged with misdemeanor animal cruelty, according to a copy of the arrest warrant.

Lail pleaded guilty to the charge June 10 and was sentenced to one year’s supervised probation and ordered to pay $5,445.98 in restitution to animal services, according to documents filed at the Burke County Courthouse. Once she pays all the monies required by the case, her probation will be transferred to unsupervised.

If she violates any of the terms of her probation, she will be imprisoned for 75 days, court documents said.

It costs $125 to adopt a dog or puppy from animal services, and anyone interested in a meet and greet with him can call the department at 828-764-9588 or email animalservices@burkenc.org. Animal services said potential adopters may have to complete a questionnaire to make sure Angus is paired with the right family.

A person of interest has been charged after a man was found dead at his home Saturday night.

Here are the charges served in Burke County from Aug. 1-7.

In December, Angus was covered in wounds and had a broken foot. Now, he’s looking to find his forever home.

Angus had a broken foot and several infected wounds that had to have drains put in them.

Angus now is looking to find his forever family.