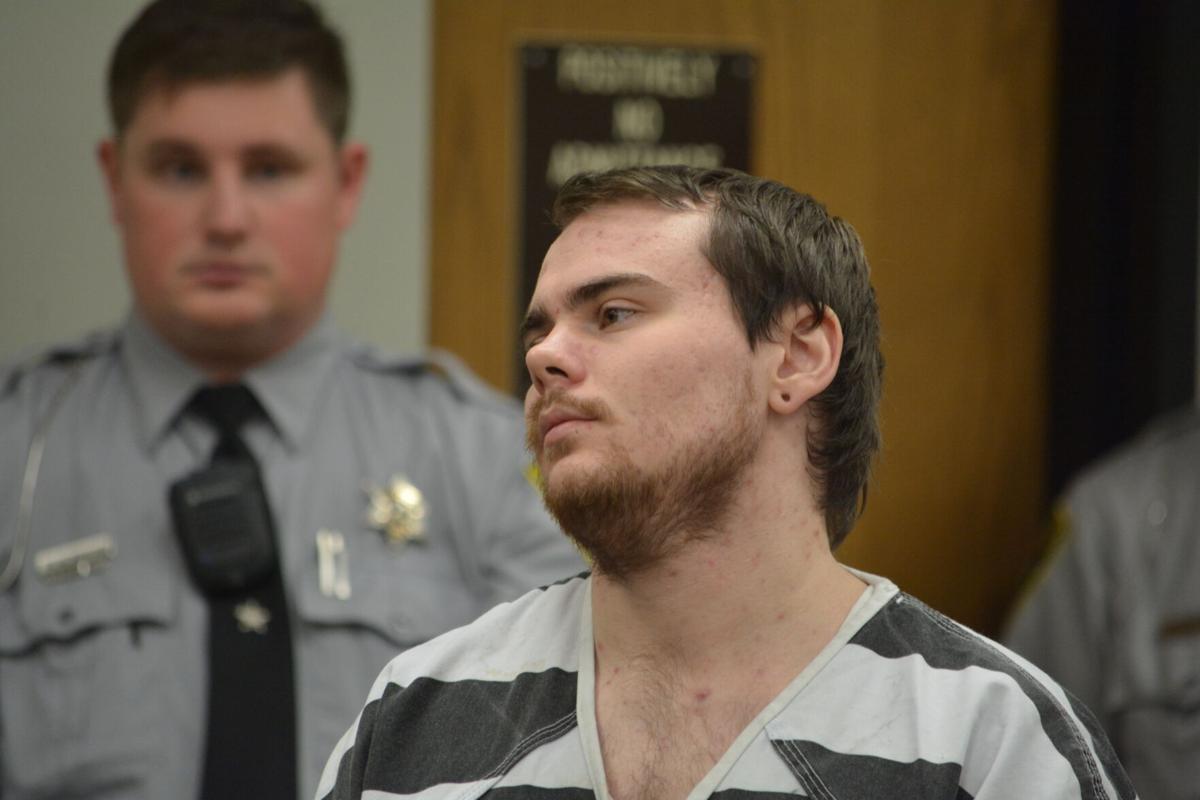 Jeremy Baldridge appears before a judge to plead guilty to second-degree murder in February. 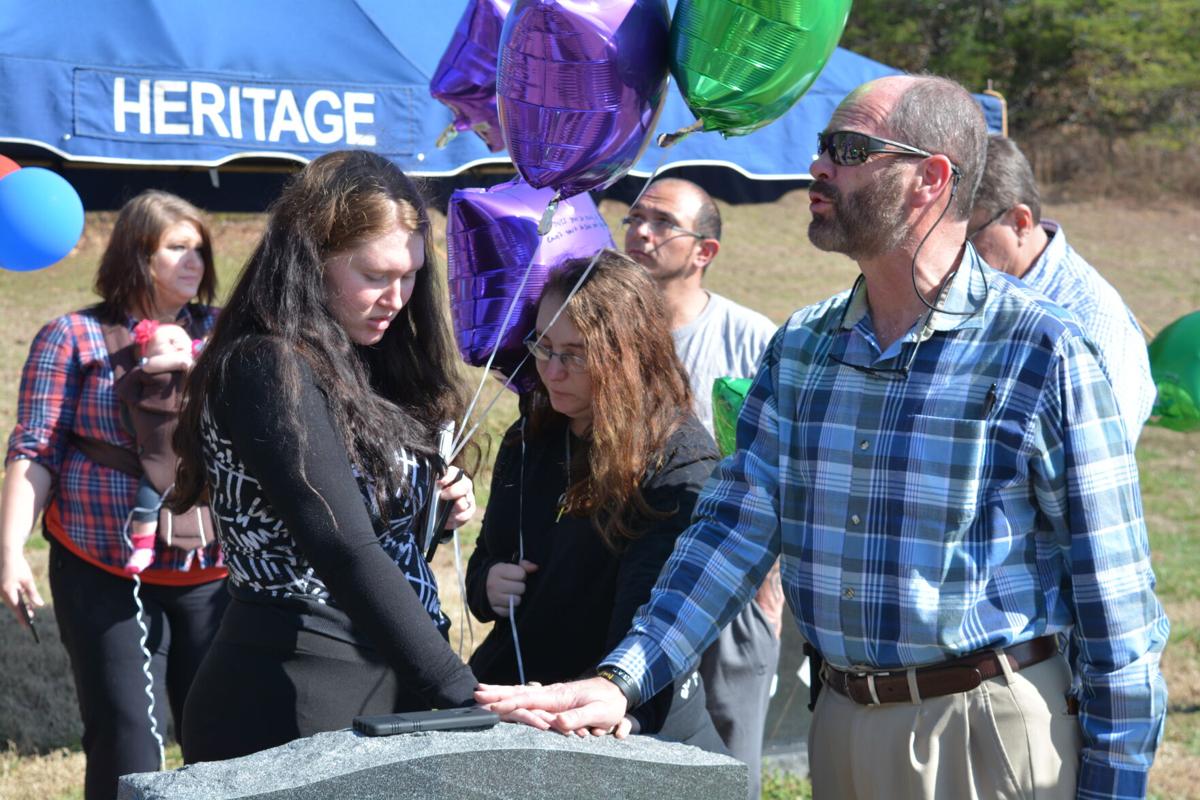 Family and friends of Caitlyn Truax lay their hands on her tombstone during a prayer at a balloon release in February. 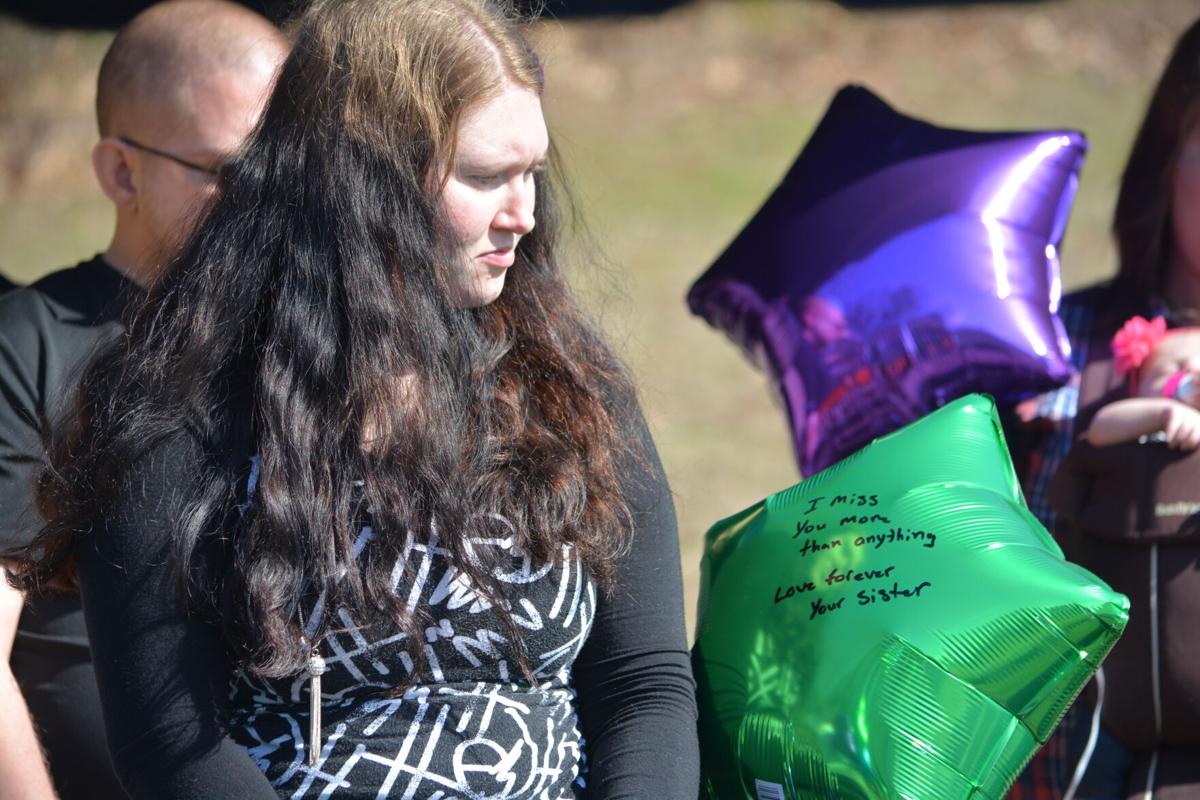 Ashley Truax, Caitlyn Truax' sister, holds a balloon with a message to Caitlyn ahead of a release in her honor in February. 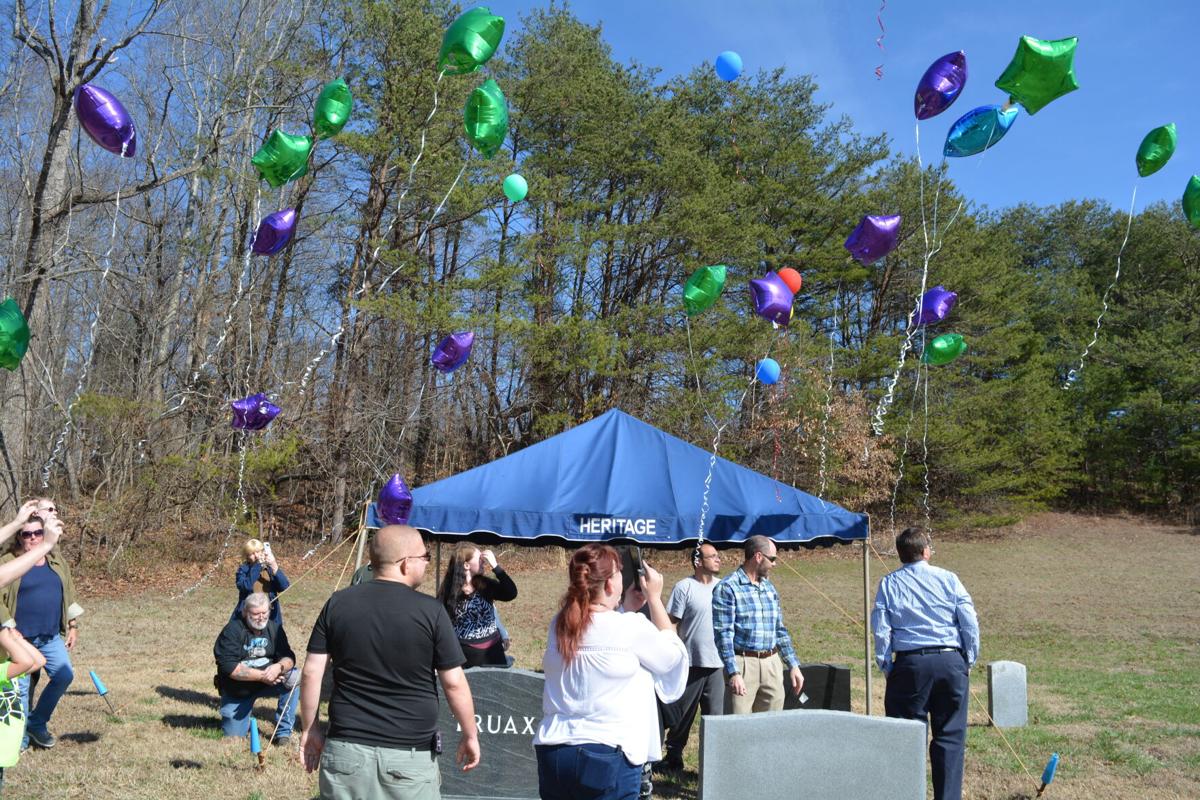 Balloons float away from family and friends of Caitlyn Truax during a February balloon release.

Caitlyn Alexis Truax was just 18-years-old when she was shot and killed in the middle of a side street in Connelly Springs on June 3, 2019.

Her 23-year-old ex-boyfriend, Jeremy Shayne Baldridge, admitted to police that he shot and killed her before walking away from the scene, according to previous News Herald articles. He pleaded guilty to killing her eight months later, to the day, and was sentenced to at least 28 years, 9 months in prison on Feb. 3.

Not even six months into that sentence, Baldridge has another court date scheduled for Aug. 10 to adjust his sentence. District Attorney Scott Reilly said that an extra month will be added to his maximum sentence because of a technical error.

Reilly explained that with any case, when a minimum sentence is selected, the maximum sentence is calculated by a chart. Sometimes, though, with lengthier sentences, the chart cuts off and the calculation has to be done in court. That opens the door to the possibility for errors, like the one seen with Baldridge’s sentence.

He said the state’s Department of Corrections felt that the math was done incorrectly and that Baldridge’s maximum sentence was one month too low.

In the nearly five months Baldridge has been in the prison system, he has had two infractions: involvement with a gang, which was lodged less than three weeks after he arrived at the prison, and assault on a person with a weapon on May 24, according to the North Carolina Department of Public Safety website.

Reilly said it’s up to Baldridge and his actions to determine how much of his sentence he will serve.

“That’s why they have minimum and maximum sentences,” Reilly said. “You have the opportunity to work down to your minimum, but when you start getting infractions and getting in trouble, you’re going to set your maximum sentence.”

For Caitlyn’s father, Bryan Truax, finding out about the error dredged up a lot of the hurt he and his family members were trying to work through.

“We actually found out about the sentencing error on the anniversary of her death,” Truax said. “Her mom and my other daughter had gone by the sheriff’s office to see about getting her cellphone back and they said they were not able to release it. At first they told us it was an appeal or something.”

He said that caused quite a bit of anxiety for the family because they thought since Baldridge had accepted a plea deal the amount of time he had to appeal his sentence would be shorter and should already have passed. Once they spoke to officials with the district attorney’s office, they were told that it was a sentencing error.

“Honestly, it just opens up the wound again and it gave me the feeling of ‘is this ever going to end?’” Truax said. “I thought we were done with court. We strongly opposed any plea deal to begin with. We fought it right up until I walked into court and decided I was just going to let it ride for my family’s sake.”

He thought accepting the plea deal would be the best option for his family.

“The only thing we gained by the plea deal, we thought, was no more court,” Truax said. “No appeals, no more nonsense, it’s just done. And then we find out well, we’ve got to go back to court. And it was upsetting to find that out on the anniversary of the day she died too.”

He said he wasn’t sure if he would be able to make it to the next court date because he’s in Alaska. The cost plays a role, but also travel restrictions because of COVID-19 plays a role.

Still, Truax and his family continue to work to bring changes to domestic violence laws in North Carolina.

He started a petition a couple of months after his daughter was murdered to get domestic violence added to the list of the state’s aggravating factors for cases to be considered for the death penalty.

He said he didn’t think Baldridge deserved the plea deal he received.

“He should never get out,” Truax said. “She doesn’t. But because the death penalty was already off the table, they gave him the maximum sentence they could give him in a plea deal for second-degree murder with his criminal history.”

Assuming Baldridge remains in prison for what will become his new maximum sentence — 35 years and 6 months — he’ll be 58-years-old when he’s released.

“That’s not justice to me,” Truax said. “She never gets out. He took her life and he doesn’t even care.”

From Jan. 1 to June 5 of this year, there have been 35 domestic violence homicides in North Carolina, according to the North Carolina Coalition Against Domestic Violence.

“That doesn’t even count the ones that aren’t killed, you know, the ones that are wounded, the ones that are beaten,” Truax said. “And honestly, with all the COVID going on and all the isolation and the lock down, people are trapped with their abusers and they can’t get away from them right now … I just think something needs to be done about it.”

He spoke about Caitlyn’s experiences, and how just 6 months before she was killed, she had taken out charges against Baldridge for breaking her cellphone and burning some of her property.

“They sent them to mediation,” Truax said. “To me, that’s ridiculous. Why would you send a domestic violence victim to mediation with their abuser? Obviously their abuser manipulates them and intimidates them.”

He said he’s shared some of his comments from Caitlyn’s funeral and from his impact statement for the case with Options, a domestic violence shelter in Morganton.

Truax wants others to learn from what his family has gone through.

“Regardless of how the exact issue of the petition turns out, I won’t stop pushing for more changes to domestic violence laws and stuff in North Carolina because it’s crazy,” Truax said. “That’s the only thing I know to do to honor Caitlyn and to hopefully give some sort of meaning to what happened.”

He said Caitlyn had her own issues, but she was young and she was learning.

“I don’t want Caitlyn forgotten,” Truax said. “I want people to remember and hopefully somebody will learn from what happened to her and get out of this type of relationship before this happens to them and before another family has to deal with this.”

The petition Truax started on change.org had nearly 1,800 signatures by press time Thursday. Visit https://bit.ly/3jD47Ai to learn more about the petition.

Jeremy Baldridge appears before a judge to plead guilty to second-degree murder in February.

Family and friends of Caitlyn Truax lay their hands on her tombstone during a prayer at a balloon release in February.

Ashley Truax, Caitlyn Truax' sister, holds a balloon with a message to Caitlyn ahead of a release in her honor in February.

Balloons float away from family and friends of Caitlyn Truax during a February balloon release.