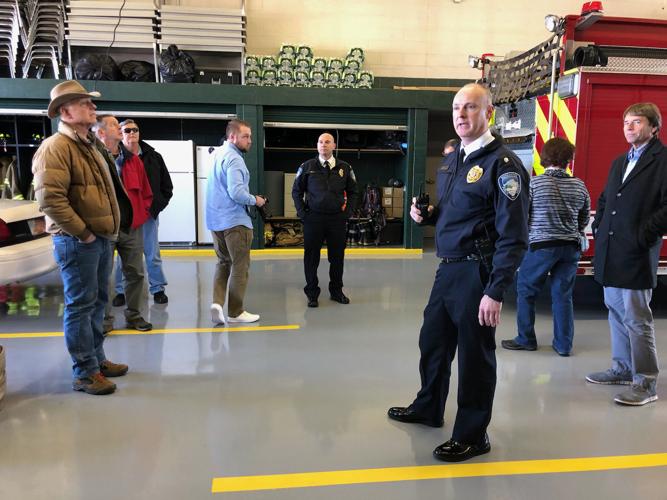 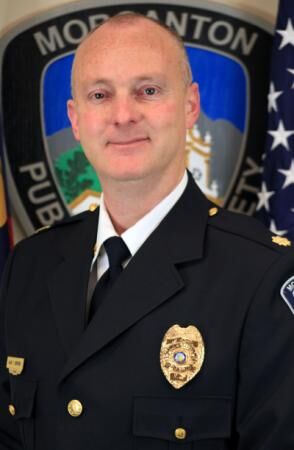 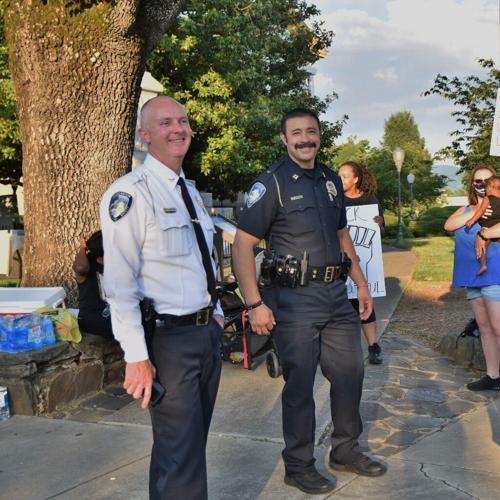 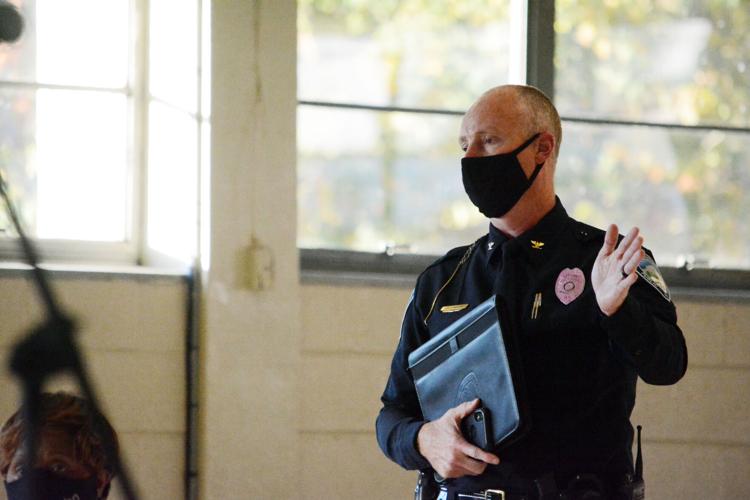 It’s been almost 30 years — but Morganton Public Safety Chief Tony Lowdermilk still looks forward to coming to work every day. And while he only has a few more weeks left to keep coming to work at the city, he doesn’t think that will change now.

Chief Lowdermilk will officially retire from Morganton Department of Public Safety on March 1 after a 27-year career in law enforcement with the city. He will take some well-deserved time off, and then get started on a career in the private sector. Lowdermilk has served as chief since early 2020.

“The best advice I could give anyone getting into law enforcement is to stay true to yourself and maintain your integrity,” Lowdermilk said. “If you hold on to your values, regardless of who you are, it will follow you for your entire career. I have been in public safety for my entire career, so I’m looking forward to finding out what my next career feels like, and plan to approach it with that same mentality.”

Lowdermilk was born and raised in Morganton, and graduated from Freedom High School. He received his associate degree in applied science and criminal justice technology from Western Piedmont Community College and earned his bachelor’s degree in criminal justice from Lees-McRae College.

Lowdermilk holds his Firefighter Level I and II certifications, Advanced Law Enforcement certification, is certified in levels 100, 200, 300, 400, 700, and 800 of Incident Command, and is a graduate of the 67th session of the Administrative Officers Management Program through N.C. State University in 2014. He has completed hundreds of hours of in-service training, and served in numerous notable training and supervisory roles during his time with Morganton Public Safety.

From the beginning of his career, Lowdermilk said he wanted to serve in a supervisory role at public safety — he just never dreamed it would lead him all the way to the top of the organization.

“Early on I realized I wanted to be in a position to make decisions that would better the organization and make things better for our officers. It is incredibly important in those supervisory positions to never get too far removed from the officers on the streets every day,” Lowdermilk said. “When Ronnie Rector was chief, I thought I would retire as a major serving under him. When he retired, our City Manager Sally Sandy trusted me to lead the department, and I am very grateful for the opportunity to serve as chief before retiring.”

Sandy said Lowdermilk was a natural choice to take the reins and lead the organization, and she is very glad Lowdermilk was open to serving as chief during the final years of his career.

“Tony has navigated the city through some tough times, and has shown over and over again why he was the right choice for this position,” Sandy said. “I am so thankful to have worked with him for so many years, and for his service to our community. He will be hard to replace.”

The city manager’s office and human resources will begin the hiring process to replace Lowdermilk in the coming weeks, and are currently developing the process that will select the next chief.

Lowdermilk said while he won’t miss working nights, weekends, holidays and odd hours, he will absolutely miss everyone he’s worked with over the years.

“I’m going to miss the friendships and family I’ve made at public safety when I retire,” Lowdermilk said. “It’s hard to replicate that type of bond anywhere else, and I know that will be one of the most difficult parts of retirement.”

Local law enforcement officers laced up their sneakers for a 22-mile run Friday, carrying a symbol of hope from Morganton to Hickory.

Murder suspect appears in court, held under no bond

A man charged in what authorities described as a “brutal” killing made his first court appearance Friday morning.

A traffic stop in McDowell led to a drug charge against a Morganton man, authorities said on Monday.

Woman on probation gets jail time, rehab and more probation

Four months in jail, two years in rehab and up to five years on probation is on the menu for a Morganton woman who has racked up at least 30 mugshots in less than 30 years.

Man in custody after church break-in

Deputies are searching for a man after a break-in at a church early Tuesday morning.

GLEN ALPINE – A man has been charged after police and court documents said he went into a church’s prayer room, defecated and used pages torn …

US to fly in baby formula on military contracted jets