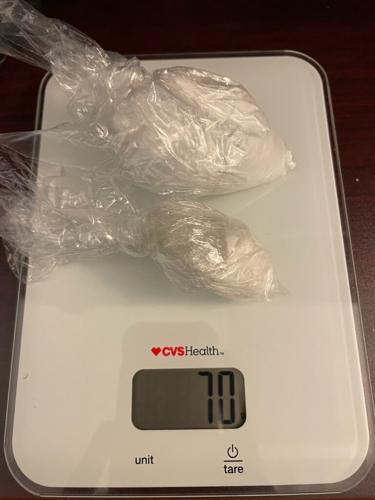 A photo shows 70 grams of fentanyl seized by investigators with the Morganton Department of Public Safety, which is enough to kill 3,500 people. The FDA says the synthetic opioid is 80-100 times more powerful than morphine. 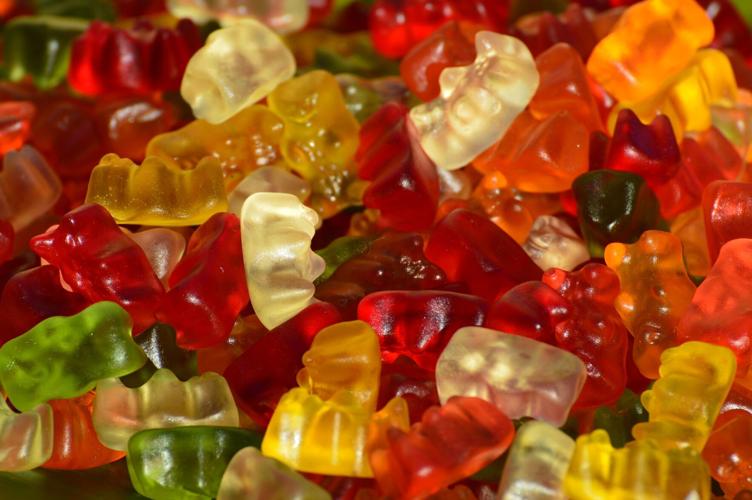 A student thought they were experiencing an overdose after they ate gummy bears laced with an unknown substance at a Morganton high school on Monday.

Overdose calls in Burke County have seen a jump over the last two weeks, and one of those calls took place at a Morganton high school.

MDPS officers arrived at the scene within minutes and it was reported a student believed they were overdosing after taking gummy bears that were laced with an unknown substance, he said.

Officers administered Narcan, a drug that reverses the effects of an opioid overdose, as a precaution, Whisnant said.

She said BSAN leaders set up a simulated bedroom with suspicious items that adults might not be aware could be related to drugs or other destructive behaviors.

“They had five minutes to search the room,” she said. “For example, if there was a wad of cash hidden in something or false bottoms on a soda can just to make the counselors aware of where kids are hiding stuff and the kinds of things kids are hiding.”

According to Shuffler, school counselors went through the room and learned about the different ways teenagers hide things and warning signs to look for. She said the program is available to individual schools and for parents and community members as well.

But the Monday overdose at Freedom wasn’t the only call of the sort in the county recently. Browning said it was just one of 26 overdose calls EMS personnel have responded to since Feb. 18.

Burke County Sheriff Steve Whisenant said 14 of those 26 calls took place in the last week, and two of them resulted in deaths – though officials won’t be completely certain overdoses caused the deaths until autopsy and toxicology reports are returned, a process that could take several months.

The rise in overdoses is a startling trend officers have noticed in the last couple of years.

So far this year, MDPS officers have had to administer Narcan 10 times, Whisnant said.

“The potency of what people are taking is much higher than it was years ago, and there are so many unknown substances in illicit drugs,” Whisnant said. “You’re gambling with your own life every time people inject these drugs.”

Apart from the recent spike in overdoses, officers have seen another startling trend in overdose calls.

He said investigators have seen things like speedballing, where methamphetamine and fentanyl, a synthetic opioid the FDA said is 80-100 times stronger than morphine, are mixed.

Evidence of that came in a Thursday evening release from the Burke County Sheriff’s Office, where deputies arrested a man for possession of methamphetamine and fentanyl. The release said the fentanyl seized could have caused 500 fatal overdoses.

Whisnant said officers have seen an increase in people carrying Narcan or having a friend or relative carry Narcan in the case of an overdose, and encouraged anyone struggling with addiction to reach out to resources like Burke Recovery, a local nonprofit that offers substance use treatment, and A Caring Alternative, which offers behavioral health and substance use disorder services.

“Addiction is hard to treat, it’s challenging to treat, but it is treatable,” Whisnant said. “Those struggling through addiction need to hold on to hope that it’ll get better.”

HICKORY — Investigators seized nearly 5 pounds of methamphetamine and more than 800 oxycodone tablets during a search of a home Tuesday, accor…

Cops to be out in full force for holiday weekend

These Tibetan herdsmen use big tech to keep tradition alive

Next frontier for drones is flying out of sight

Next frontier for drones is flying out of sight

Lebanese artisans are fighting to preserve their heritage over mass production

Lebanese artisans are fighting to preserve their heritage over mass production

A photo shows 70 grams of fentanyl seized by investigators with the Morganton Department of Public Safety, which is enough to kill 3,500 people. The FDA says the synthetic opioid is 80-100 times more powerful than morphine.

A student thought they were experiencing an overdose after they ate gummy bears laced with an unknown substance at a Morganton high school on Monday.