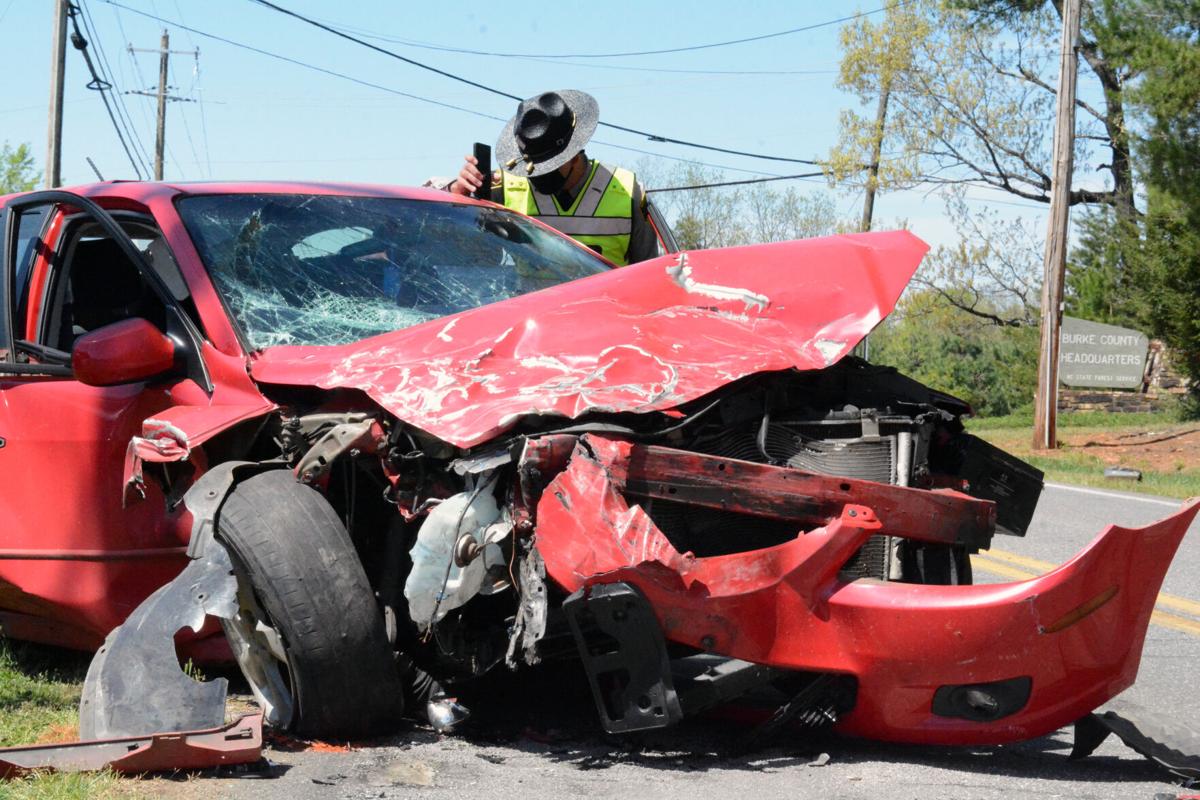 Trooper J.W. Gouge with the North Carolina State Highway Patrol talks to the driver of a car involved in a crash in front of Mull Elementary School early Friday afternoon. 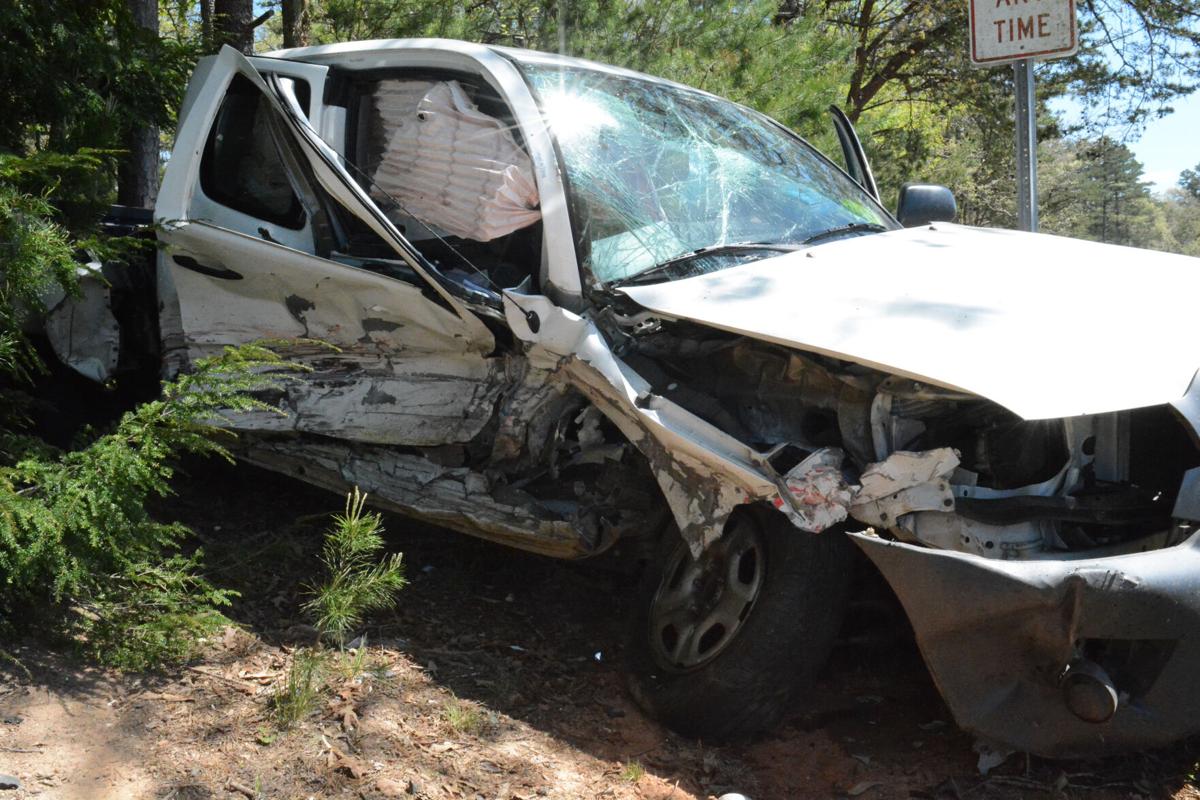 The red car crossed a center line and hit the white truck on its passenger side, sending the driver of the truck to the hospital with injuries. 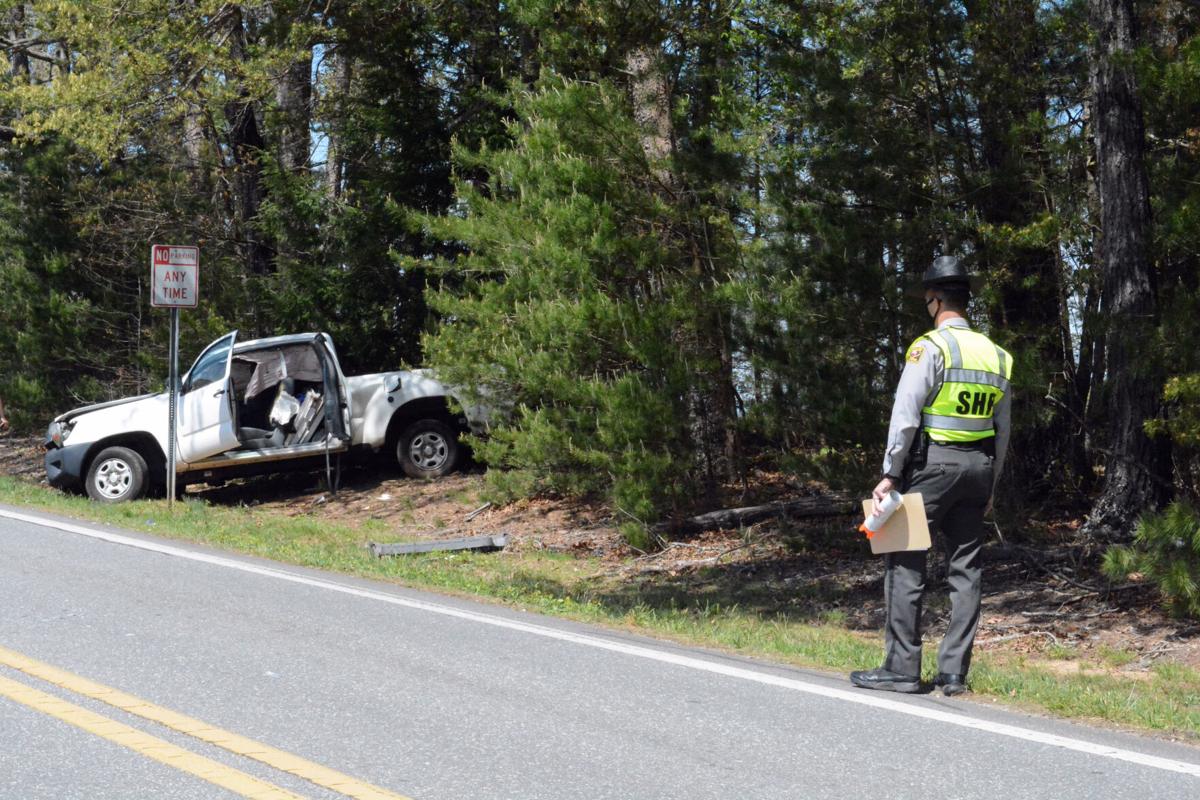 A Friday afternoon crash south of Morganton sent a man to the hospital and a woman has been charged in the case.

Troopers were called to the wreck around 1:47 p.m. after a red car headed north on Old 18 in front of Mull Elementary School crossed the center line and hit a white pickup truck headed south on the road, said Trooper J.W. Gouge with the North Carolina State Highway Patrol.

Both vehicles came to rest facing the opposite direction each was headed, and the truck ended up off the road and against some trees. The driver of the red car, Amanda Dawn Shaffer, 42, of Duckworth Avenue in Morganton, was charged with left of center and failure to carry a license, Gouge said.

The driver of the white truck looked to have minor injuries, he said. The man was taken to a local hospital by EMS for treatment.

Shaffer has two previous driving while impaired convictions, one conviction from 2013 and another in 2000, according to a records search on the North Carolina Department of Public Safety website. She did have a valid driver’s license, Gouge said.

Futuristic pasta is made flat, shapes itself while it boils

Futuristic pasta is made flat, shapes itself while it boils

Check out the highest bonds issued in Burke County from April 4-10.

A lengthy drug investigation ended up with a man in handcuffs on a drug-trafficking charge Friday.

Trooper J.W. Gouge with the North Carolina State Highway Patrol talks to the driver of a car involved in a crash in front of Mull Elementary School early Friday afternoon.

The red car crossed a center line and hit the white truck on its passenger side, sending the driver of the truck to the hospital with injuries.