Board members address faulty data, COVID-19 cases at local daycare
0 comments
Share this
Only $5 for 5 months

To start, Monday’s Burke County Board of Education emergency meeting, in which chairman Buddy Armour mistakenly provided the board with incorrect information he received from Burke County Health Director Rebecca McLeod, drew concerned reactions from students, parents, family members and community members throughout the county.

Monday’s meeting resulted in the board voting to open remotely through at least Sept. 14.

On Thursday, Armour told The News Herald that the information he received from McLeod and presented to the board members during Monday’s meeting was incorrect. Armour said he found this out on Wednesday, when McLeod called him to let him know she had made an error in calculating the data.

Armour also said he did not tell McLeod that he was planning an emergency meeting during their email correspondence on Sunday.

McLeod said she told Armour not to use the numbers listed in the daily percent positive section.

“We don’t look at the dailies because that does not give you a true picture of what’s going on in the county,” McLeod said. “That’s like a snapshot in time.”

On Friday, Armour published a letter on the Burke County Public Schools website in which he explained his version of the miscommunication and said McLeod communicated to him that the percentage of positive COVID cases had been increasing throughout the last two weeks.

“In an email, (McLeod) provided with numbers and admitted that her numbers seemed off to some degree,” he said in the letter. “However, she did state ‘[t]he data is here by day and yes over the last two weeks, our percent positive has been increasing.’ Based in part on what I clearly understood to be a trend in positive cases I called a meeting of the school board to consider Plan B versus Plan C to give parents and staff the maximum amount of time possible to plan for August.”

Other Board Members’ Reactions

The News Herald spoke with other school board members to gauge their reactions to the news that the information they were presented with during Monday’s meeting was incorrect, and whether they would change their vote if given another chance.

A number of board members said that the information they received from Buddy was not given to them until only minutes before the meeting.

“I think if there are any numbers (at meetings) that are coming from the health department, Rebecca will want to be there. She wants to be able to explain the figures. I don’t think Buddy was trying to do anything underhanded. Undoubtedly, he thought that the numbers was all that was needed. But there was more explanation that needed to be there. In dealing with the numbers from the health department, it would be nice if she was there, if at all possible, to explain the numbers because she deals with these numbers every day.”

McLeod told The News Herald she would have liked to have been invited to the meeting.

“If you’re going to use data that I gave you, let me be there to defend it,” McLeod said.

Wendi Craven said she isn’t making one more decision without the correct data and the correct people in front of her.

“When data is placed in front of you – and you’ve not had an opportunity to study it – and you’re asked to make a decision, it’s very difficult,” Craven said. “I was sitting there thinking, ‘Where is Rebecca McLeod? Why isn’t she at this meeting?’ I should have said it out loud, instead of thinking it.

“All the key players who have been there in some shape or form – Burke Recovery, Department of Social Services, law enforcement – I want them (at board meetings). I want to hear what they have to say. I make my decisions (based) on data. I don’t want skewed data. I want real data, and I want it interpreted to me by the experts in their field.”

Craven said that knowing what she does know about the information being incorrect, she is not sure if she would have voted differently, since she did not have factual data to inform her decision.

She said that after Monday’s meeting she asked Armour for data reports from each respective school system department – including auxiliary services, daycare, elementary education, and secondary education – to see where each department was at in its transition progress.

Seth Hunt said that the information presented to him prior to Monday’s meeting did not drastically sway his decision either way. Hunt said he was more concerned about state and regional trends of COVID-19 hospitalizations.

“What really made my decision was we were still above the CDC 5% of infection recommendation, and the trending upward of the COVID-related hospitalizations,” Hunt said. “I certainly hate that it wasn’t good information, but I can honestly say that didn’t sway me one way or the other.”

During Monday’s meeting, the board discussed the possibility of opening schools remotely through the first nine weeks. Hunt offered a motion to reduce this time period to the first five weeks, through Sept. 14, which was then passed in a vote.

“I’d like for us to stay where we are for the next three weeks, and let’s see what the numbers look like again,” Hunt said. “If they’re more favorable, or even if they’re getting closer to the 5% (rate of positive tests) that CDC recommends, then I’d be ready to open back up.”

Hunt said despite the misinformation, he doesn’t think he would change his vote if given another chance.

“My deciding point was not the information that Buddy shared from the health department – right or wrong,” he said. “I’m just trying to keep my eye on the trend of the COVID-related hospitalizations. Let’s see if that can get tracking downward. I’m not looking for a zero infection rate to open schools back up, because that’s just not going to happen. What I am doing is trying to be satisfied with the overall risk that we’re going to put kids and teachers back in when we decide to open the schools back up.”

Craven and Icard said the board could have used the opportunity to discuss its reopening plan during its closed session meeting on July 24, but for whatever reason did not.

Board members also addressed the news of the Hildebran Elementary daycare COVID-19 cases and whether the news impacts their feelings on a potential return.

“(The news) sort of reinforces the decision of the board (to open remotely through at least Sept. 14),” Edna Weller said.

Icard, who was the lone board member opposed to the decision to start remotely, said the situation at the Hildebran daycare does not impact his belief that schools should resume in-person, and that he “absolutely” would have voted to reopen schools either way.

“I still think the kids need to be in school,” Icard said. “The daycare ratio is 1-to-15 (teacher to student).The school ratio is going to be like 1-to-9 or 1-to-10. It’s easier to keep nine or 10 separated than it is to keep 15 or 20 separated. I thought we had guidelines in place to keep it safe.”

Hunt said the news of the positive cases at Hildebran confirms that the board made the right decision to open remotely through at least Sept. 14.

“(The Hildebran news) validates my concern right now,” he said. “I hope maybe we’ll be beyond that, because I want to open schools. But we’ve got to do it safely, and I want us to be ready. I’m not convinced we’re actually ready yet. I think we still have a lot of work to do.”

School board given faulty data

In the aftermath of the Burke County Board of Education’s emergency meeting decision Monday to open schools remotely to start the school year,… 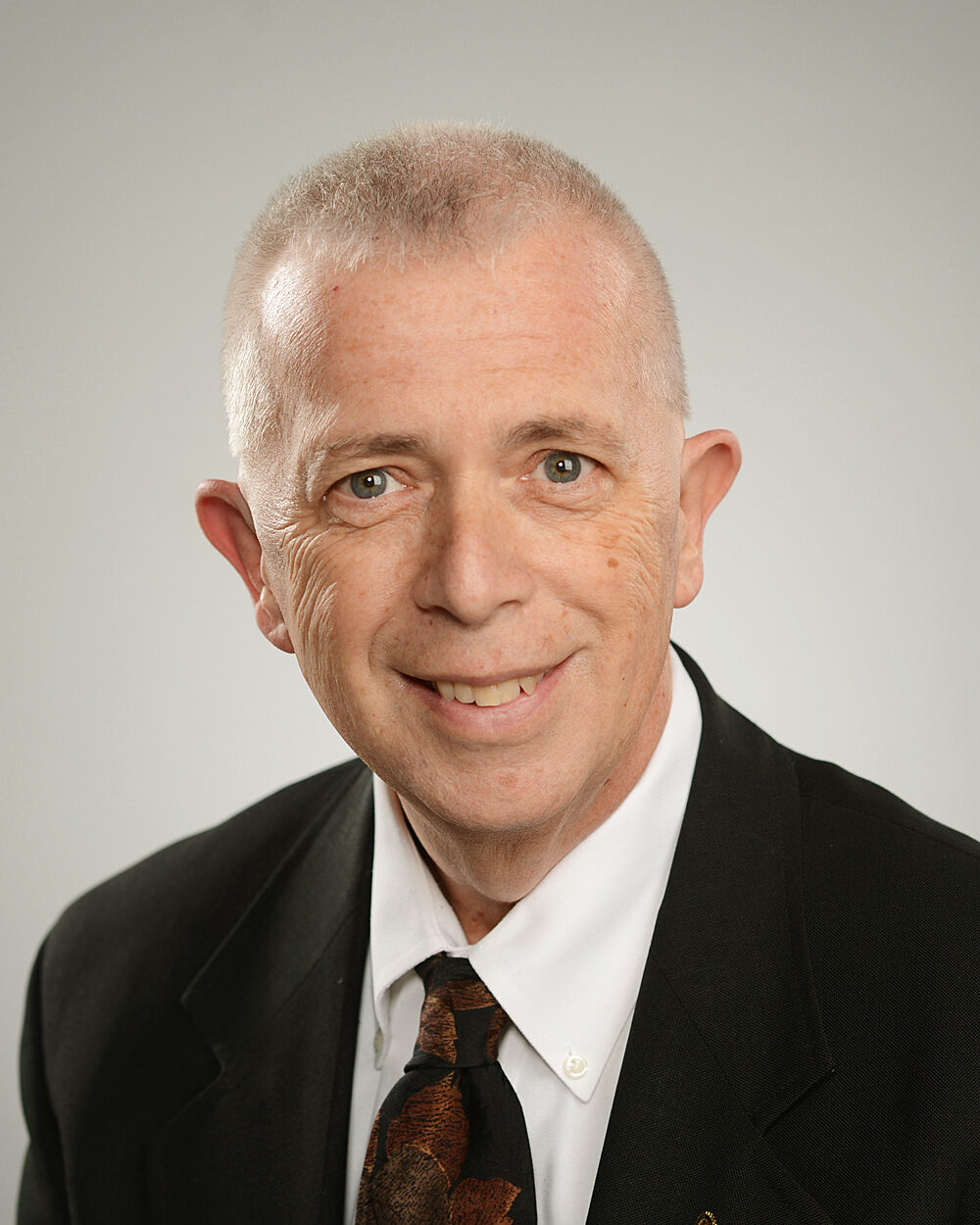 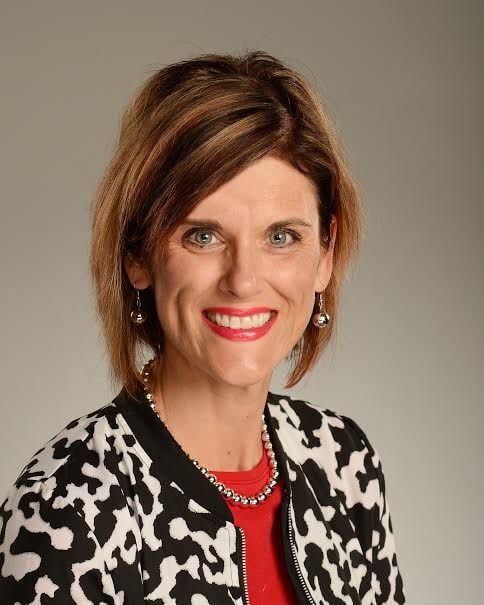 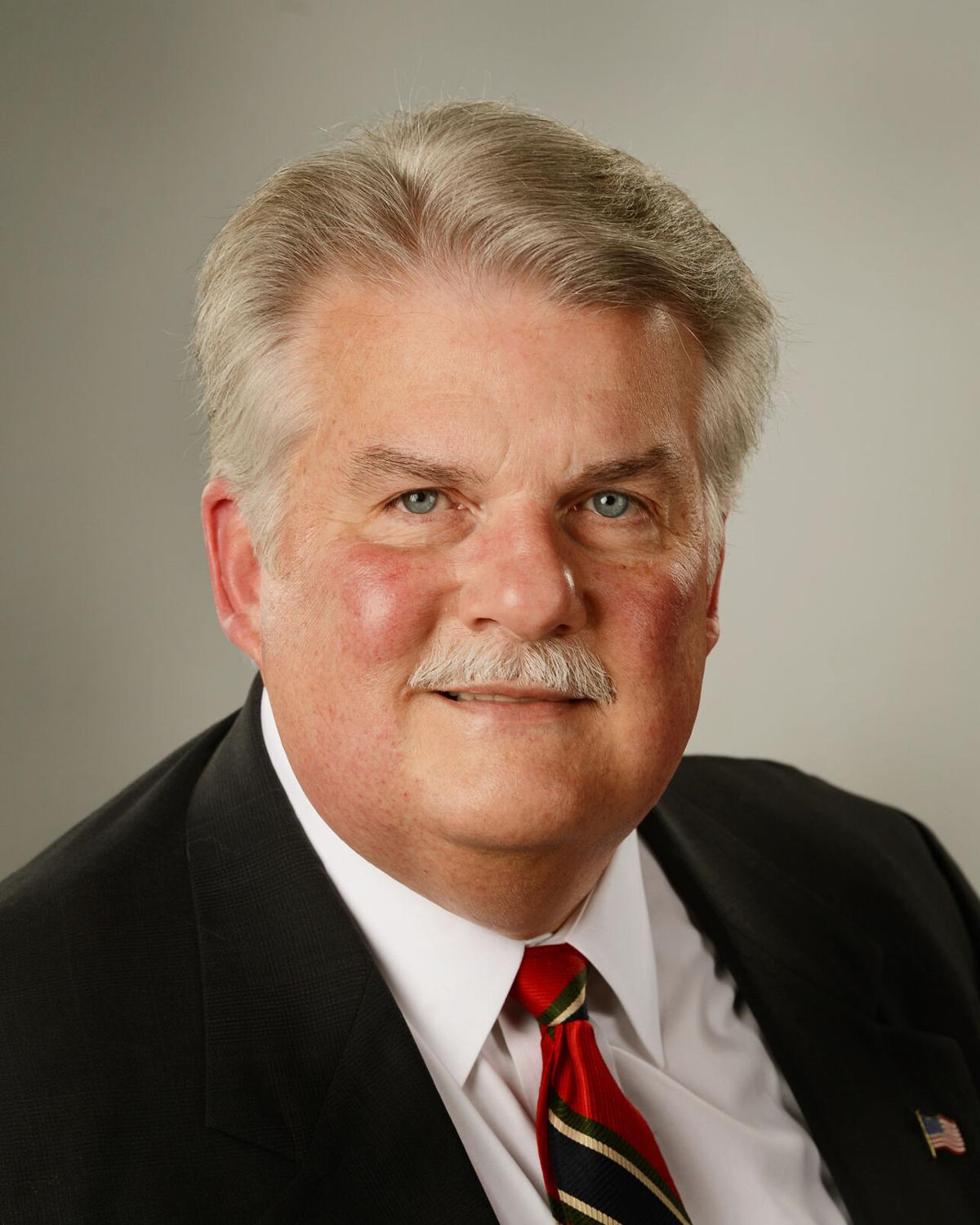 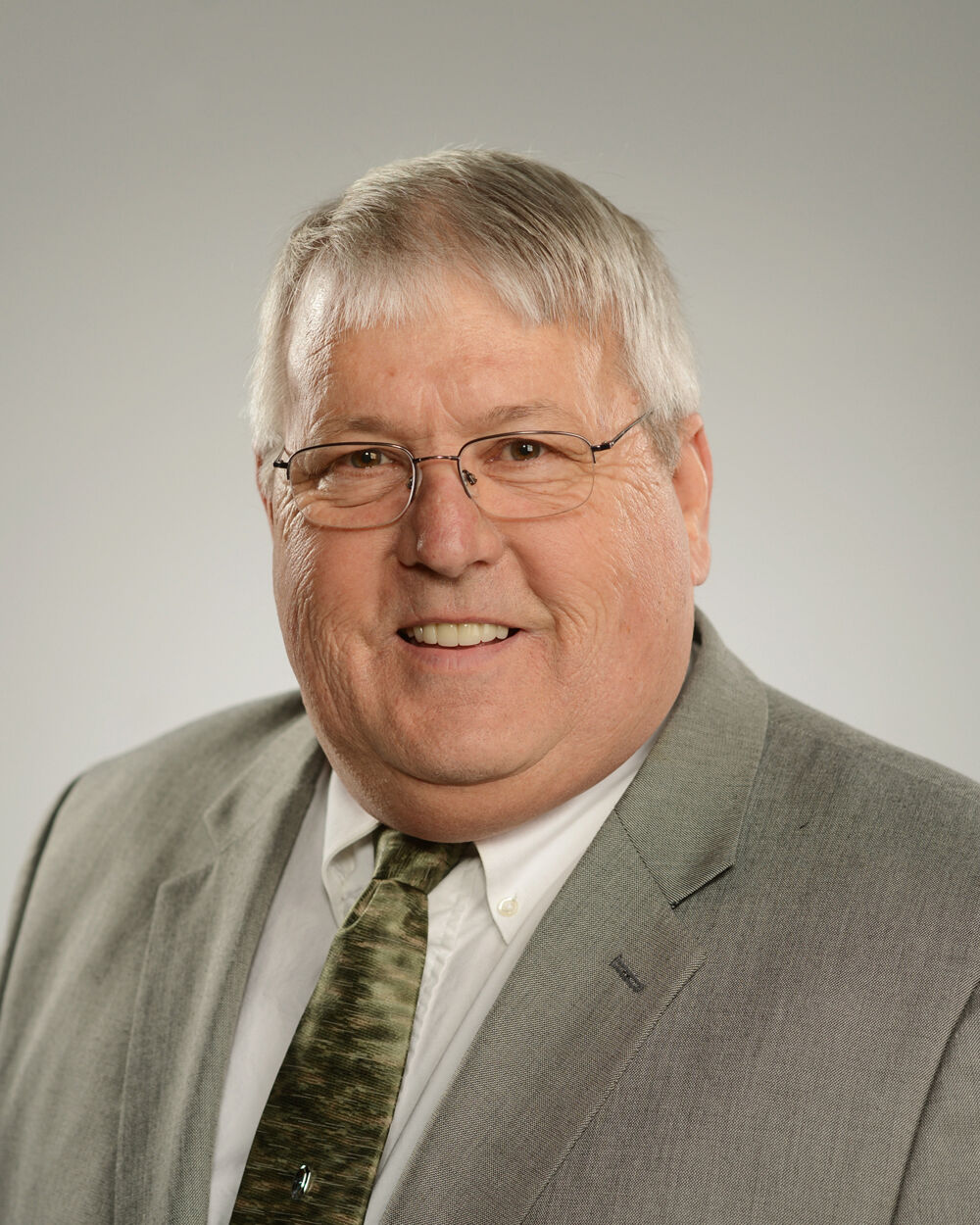 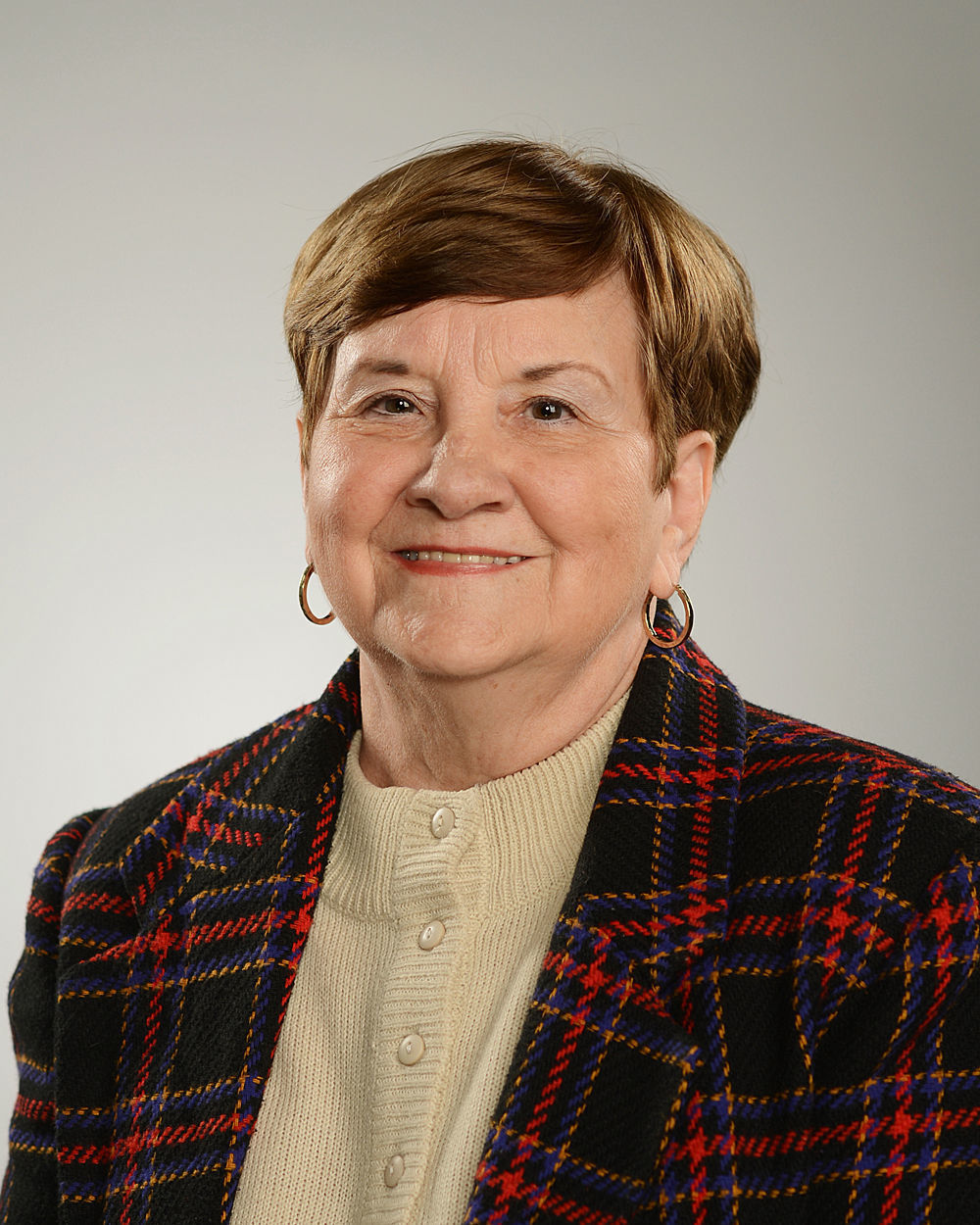