As the N.C. School of Science & Mathematics extends its mission by adding a second residential campus in western North Carolina, members of the family of Dr. Edward W. Phifer Jr. have committed contributions totaling $250,000 to support the construction of the school, which opens in 2022.

At the request of the Phifers, the recognition of these gifts and the associated naming opportunity will be used to honor Dr. John Fleming, a Morganton native, who has achieved great educational and professional success while dedicating his life to the preservation of African American history. A prominent staircase at the main arrival point on campus will be named for him, serving as a symbol of his rise to great heights.

The donation is provided by five siblings in the Phifer family who grew up in Morganton: Adair Phifer Armfield, Edward Phifer III, Susu Phifer Johnson, Mimi Phifer and Nancy Phifer. The donors chose to honor Fleming because they wanted to elevate and amplify his story so that more people know about it and can draw upon it for inspiration.

“My sisters and I mulled it over and decided on the staircase, which is symbolic of the grand entrance which John made into the world of high-profile artistic and scholastic achievement,” said Edward Phifer III. “You think about him ascending the way he has, and a grand staircase is kind of symbolic of his rising out of very humble beginnings here in Morganton.”

Fleming serves as the museum director in residence for the National Museum of African American Music in Nashville, Tennessee, and director emeritus of the Cincinnati Museum Center in Ohio. He began his career in the mid-1970s as a research assistant at the Dictionary of American Negro Biography. From there, he helped create and direct museums highlighting African American history, wrote many books and articles about the Black experience in America, taught history at the university level and served on numerous boards.

He has earned many awards for his work and has been appointed by a president and several governors to contribute his expertise to historic preservation initiatives. Chief among these, perhaps, was his appointment by President George W. Bush to the National Museum of African American History and Culture Presidential Commission.

“For Edward Phifer and his family to think about naming the stairwell after me, I consider that to be a big honor,” Fleming said. “I hope students may get some inspiration from the things that I’ve been able to achieve in life — I certainly have been inspired by many people as I grew up and went to college.”

The staircase that will be named in honor of Fleming serves as the central entry point for Goodwin Hall, a four-story historic building that will house the main check-in area for the campus, administrative suites and classrooms. The staircase, situated underneath the building’s central archway, will feed up to the second floor to re-create the look and design that was here upon the opening of the N.C. School for the Deaf back in the early 19th century.

“We are so grateful to the Phifer family not only for this generous gift but also for the incredible opportunity to share Dr. Fleming’s story in such a prominent way in this historic building,” said Kevin Baxter, vice chancellor and chief campus officer for school. “It’s my hope that we can honor Dr. Fleming’s living legacy with our commitment to delivering a cutting edge public education that prioritizes diversity and inclusion.”

Fleming grew up on West Concord Street in Morganton. In 1962, he graduated from Olive Hill High School, the only high school in Burke County for Black students before integration. He went on to attend Berea College, the University of Kentucky, the University of Malawi, and Howard University. During his years of study, he became close with Edward W. Phifer Jr., a Morganton physician, amateur historian and the father of the Phifer siblings.

“He was a dear friend of my father, and it is an honor for us to be able to do something to honor John Fleming,” said Susan Johnson. “He’s a wonderful example of what a bright mind and a lot of drive can do under any conditions.”

Fleming has deep ties to the land surrounding the School of Science & Mathematics, which is on what was formerly the eastern ridge of the School for the Deaf. After the Civil War, Fleming’s great-grandfather was looking for work as the state hospital was being built in Morganton.

“Because he was African American, other bricklayers didn’t want him to learn the trade, but the foreman on the job taught him so he actually helped build the state hospital,” Fleming said. “That whole area has a special meaning for my family. You could see the School for the Deaf from my front porch on Concord Street so we have a lot of history connected to those institutions.”

Free Fridays and premium meals are coming to a Burke County Public Schools cafeteria near you.

Protests in Russia as anger grows over partial mobilization

Protests in Russia as anger grows over partial mobilization 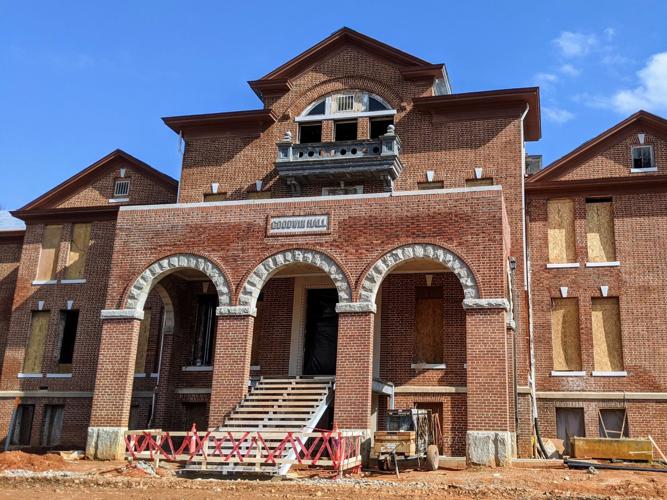 The staircase that will be named in honor of Dr. John Fleming serves as the central entry point for Goodwin Hall, the four-story historic building that will house the main check-in area, administrative suites and classrooms at the N.C. School of Science and Mathematics — Morganton. 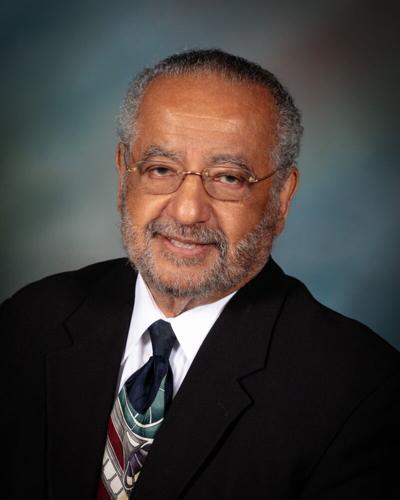