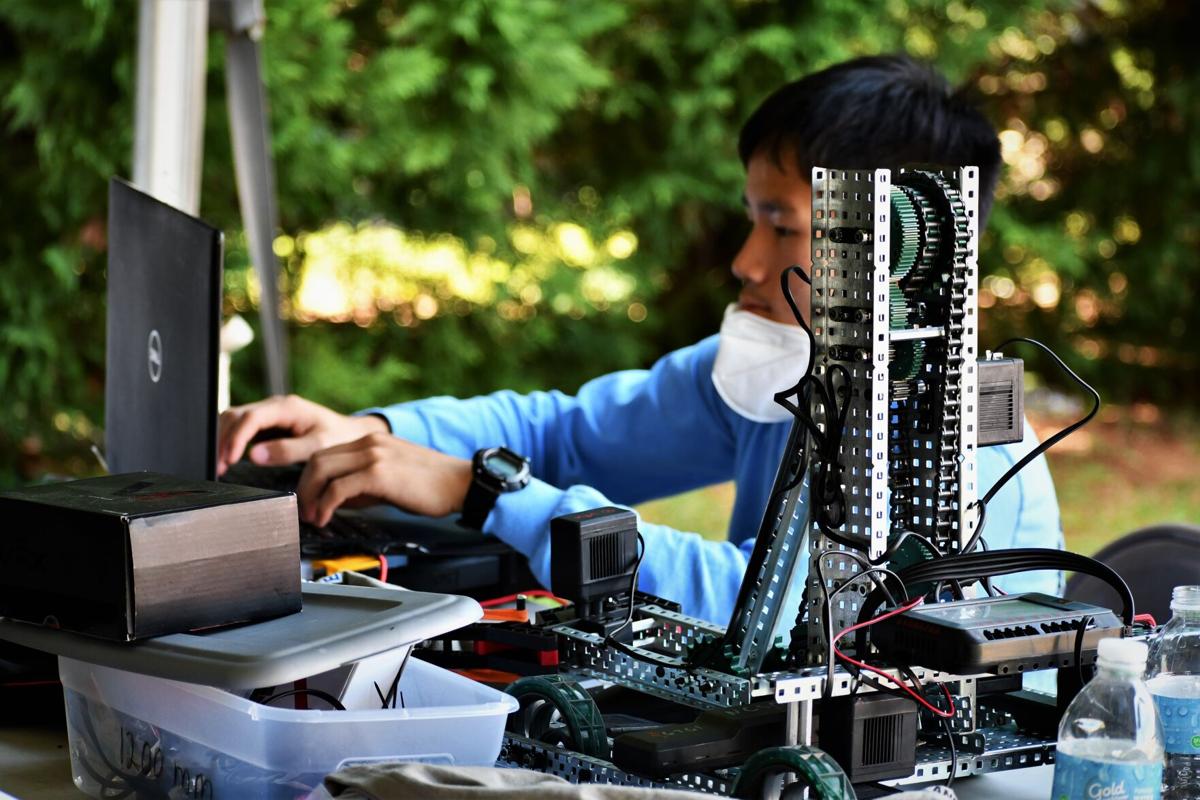 A student works on his team’s robot before the competition on Friday. 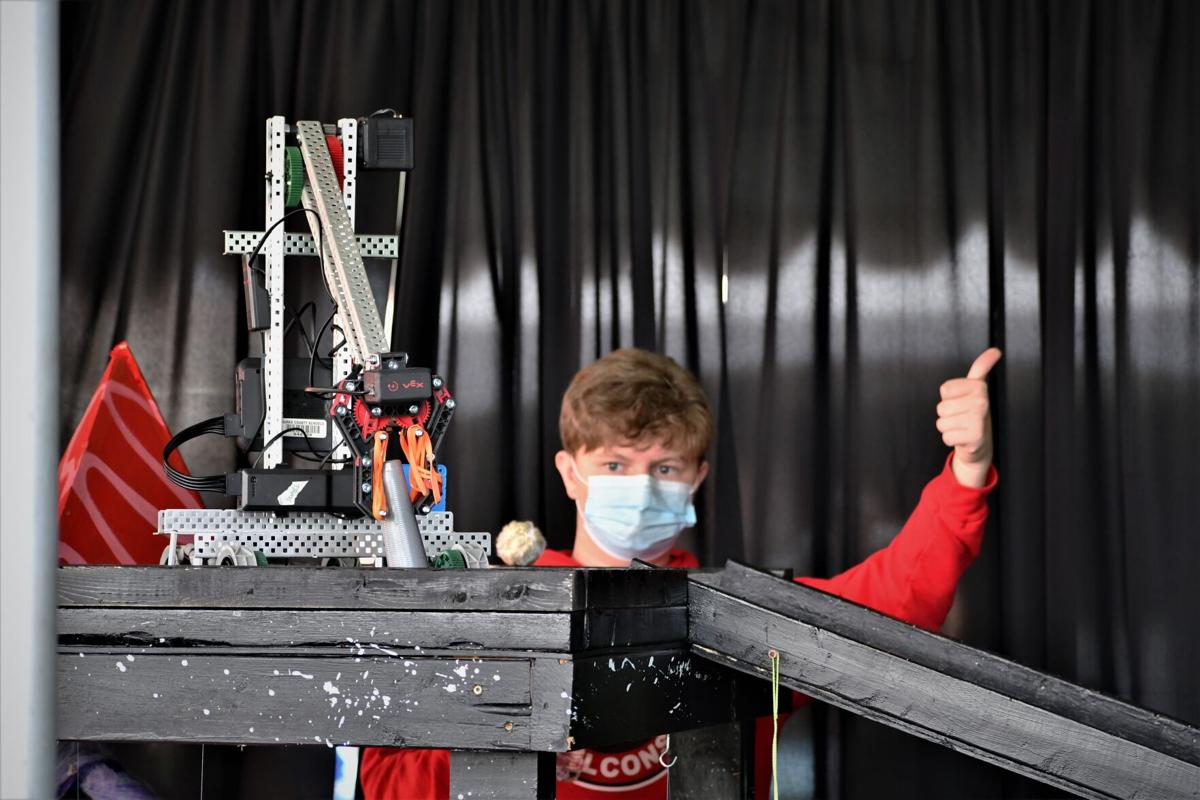 A student helps direct his team's robot during the practice round of the competition. 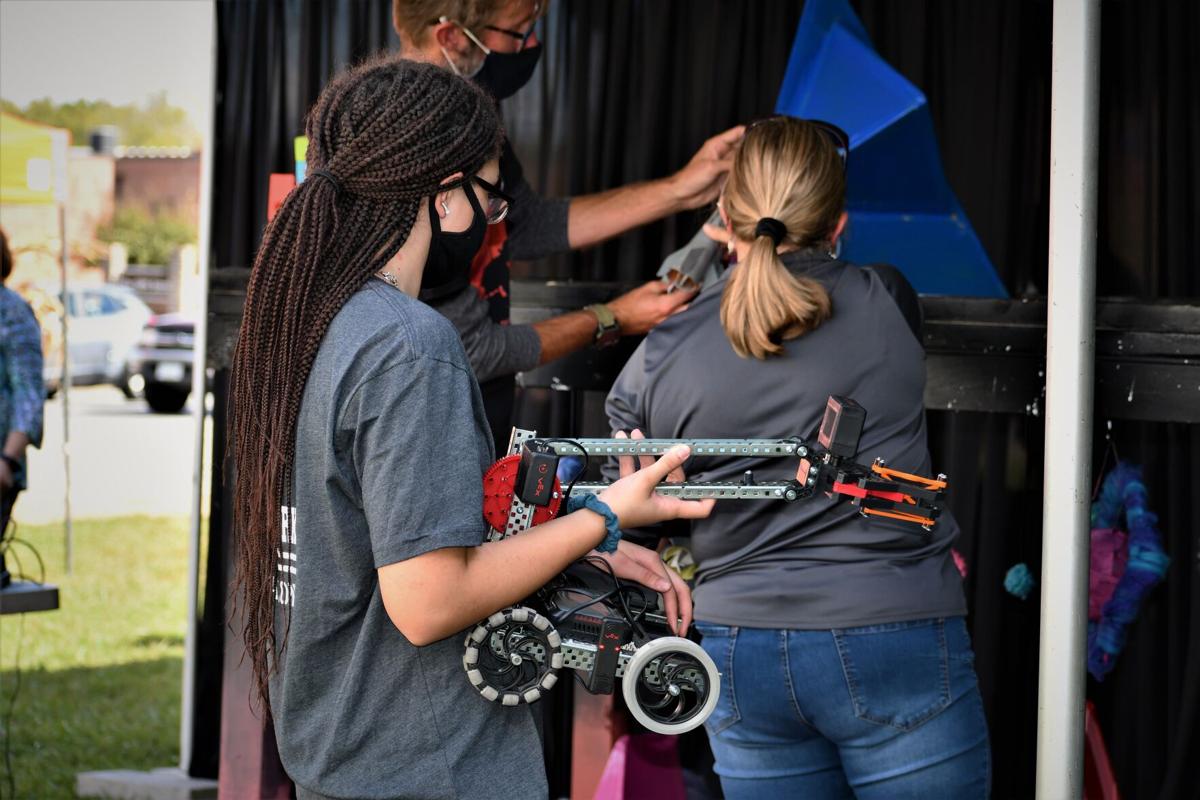 A student and her team work to reset the course during their practice time. 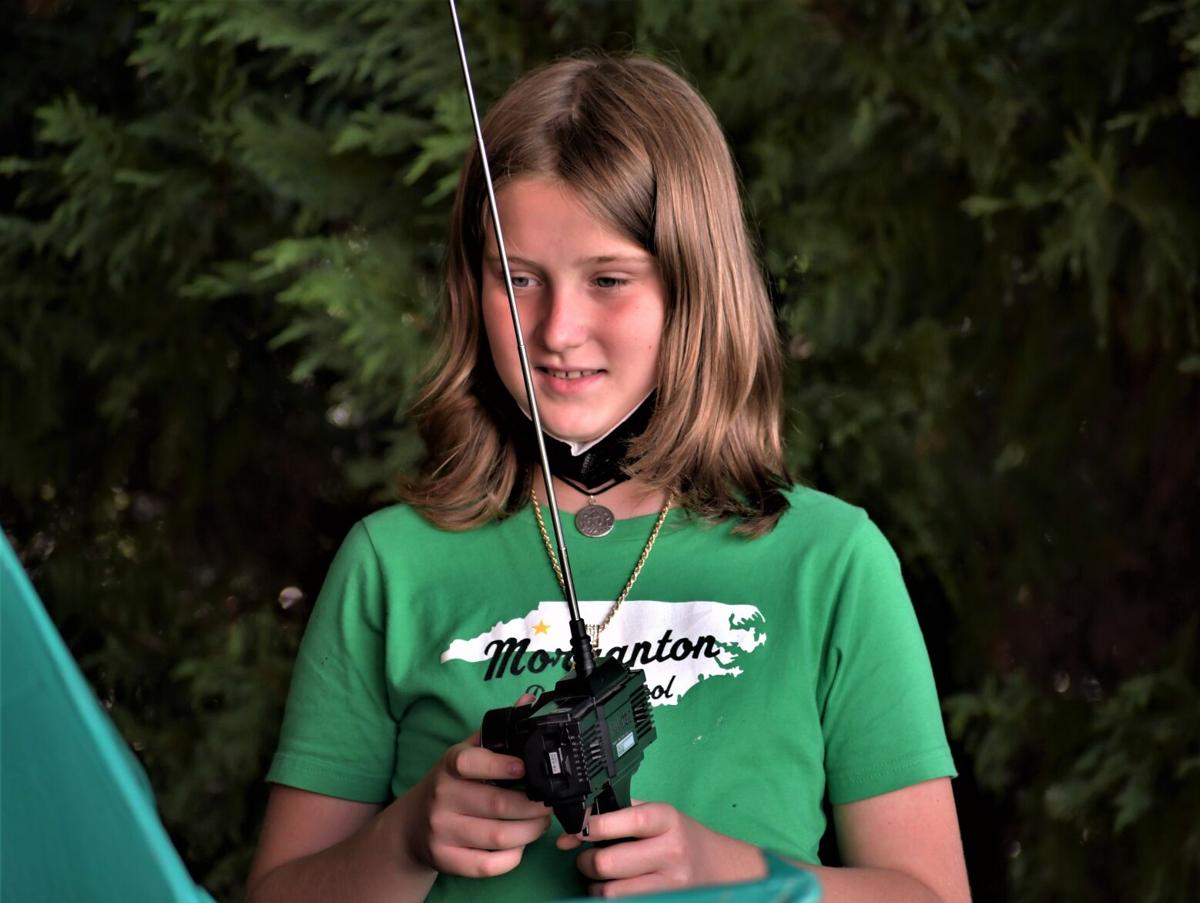 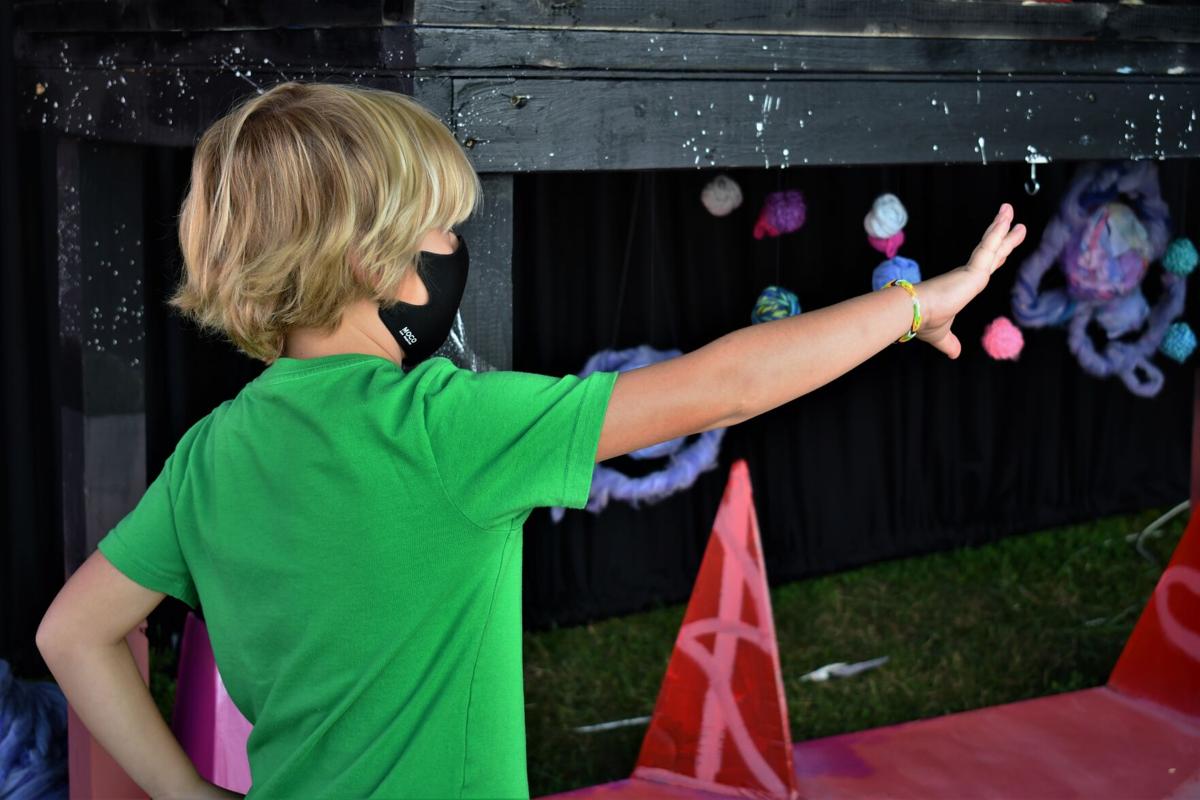 Another Morganton Day student helps guide his team during their practice round.

The 2021 Morganton Arts Design and Engineering competition was held on Oct. 22 from 8 a.m. to 4 p.m. in downtown Morganton. The science, technology, engineering and math competition allowed middle and high school students from various Burke County schools to compete for the overall high score.

The competition was originally scheduled for the first of the three weekends of the Historic Morganton Festival, but was postponed due to COVID-19. The competition was rescheduled and revamped for students to put their robotic creations to the test.

This year’s theme was “Robot Rescue Challenge.” Students were required to build and develop a robot and compete in a series of challenges to accumulate points for their teams.

Students were separated into different sections based on their grade levels to allow ultimate fairness throughout the competition.

Each group was given a four-minute time limit to complete as much of the designed course as possible. Each of the obstacles were worth a certain amount of points and whoever had the most points in their category, won the title champion.

The course was designed to test the students on a variety of different skillsets. They had to use their engineering skills while applying different design concepts, properly communicating and problem solving.

“We had different value items at different places and the students showed up with their pre-made robot ready to come out on the course,” Gantt said. “Most of the day the students practiced how to grab items, worked on their strategy and pieced everything together in different practice sections ... They later went live in front of the judges and were ranked from top to bottom from there.”

The winners of the competition were as follows:

Second place, Heritage Middle School with a score of 115 points

Third place, Liberty Middle School with a score of 90 points

First place, North Carolina School for the Deaf with a score of 130 points

Third Place, Draughn High School with a score of 95 points

As the Thanksgiving season approaches, local students and principals showed their appreciation for frontline workers by distributing “Thank You” cards on Friday afternoon.

Appalachian State University will open a campus in Hickory in the large building off U.S. 321 that once housed the headquarters of Corning Optical Communications.

The health department has identified a cluster of COVID-19 cases at a another Burke County elementary school.

The Burke County Board of Education celebrated the service of fellow board members, students and staff at Monday nights meeting.

The students at Forest Hill Elementary School were able to experience new cultures through sculpture art on Wednesday afternoon.

A student works on his team’s robot before the competition on Friday.

A student helps direct his team's robot during the practice round of the competition.

A student and her team work to reset the course during their practice time.

Another Morganton Day student helps guide his team during their practice round.