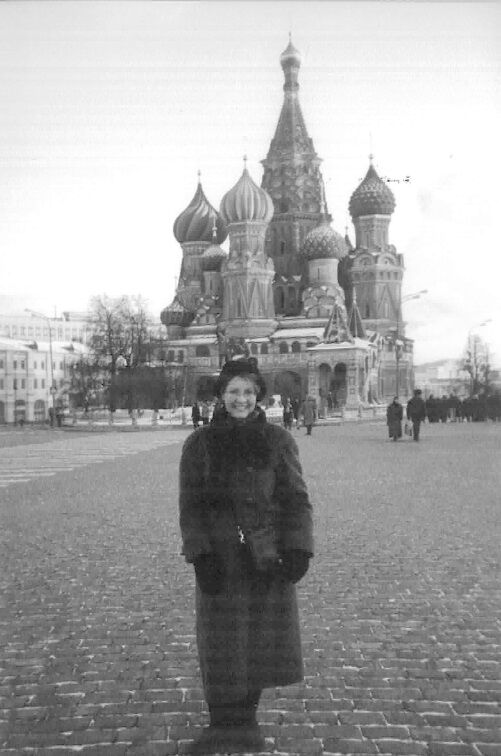 Taryn Hutchison is pictured in Moscow, Russia, during her time with Campus Crusade. 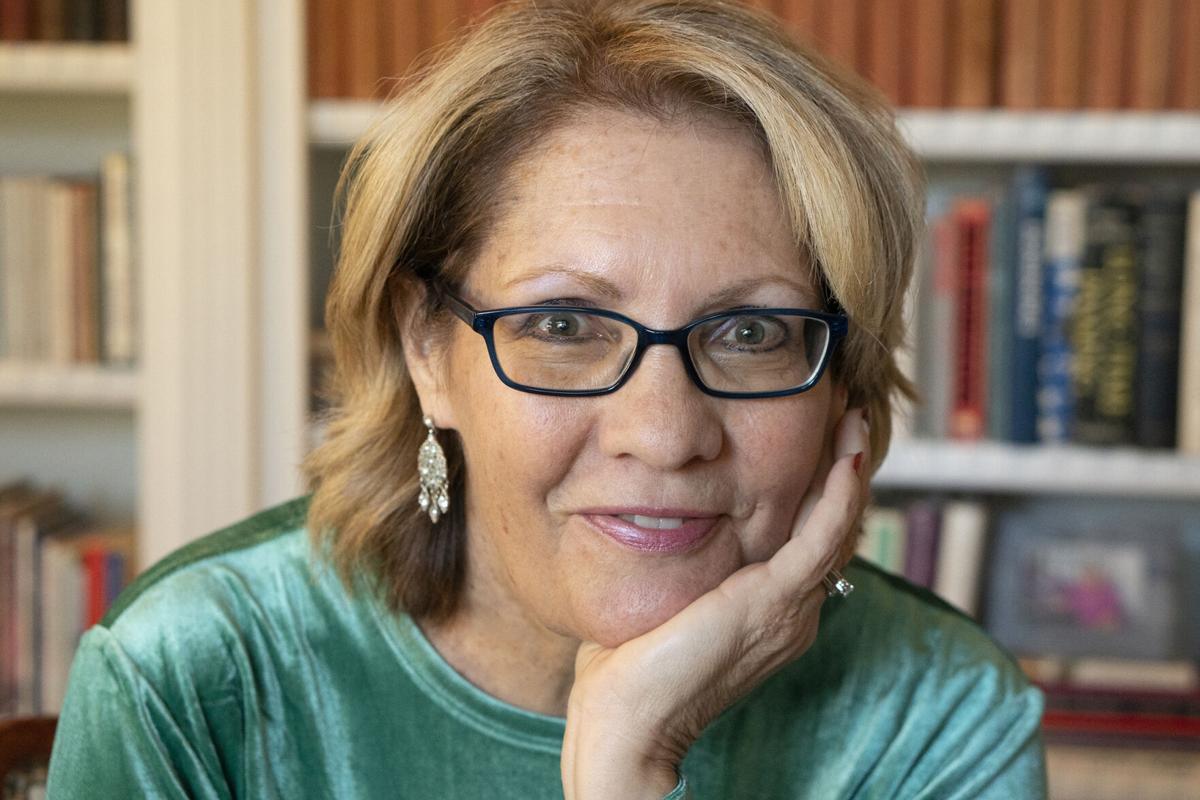 Taryn Hutchison is the author of "One Degree of Freedom," a historical novel for readers ages 12 to adult. 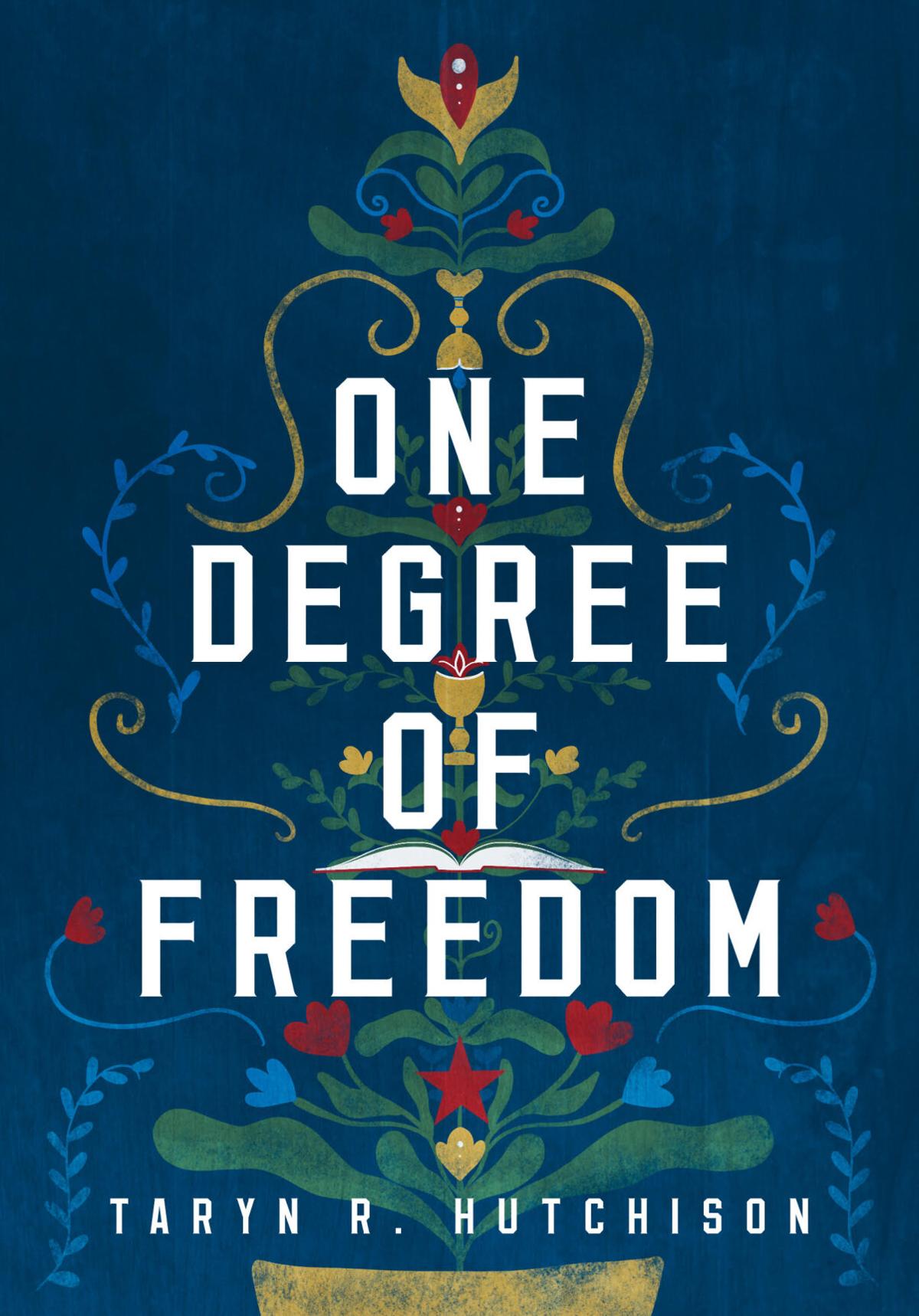 "One Degree of Freedom" is the first book of what will become a trilogy.

I enjoy connecting with other local writers and took the opportunity when one recently published a book.

Morganton resident Taryn Hutchison released “One Degree of Freedom,” a novel for readers age 12 to adult, on Nov. 17, according to a previous News Herald article.

I became acquainted with Taryn through email when she was a contributor to the “Uplifted in Faith” column in the Faith and Values section of The News Herald a few years back, and remembered enjoying her thoughtful take on spiritual matters.

I was aware she had already published a work of non-fiction called, “We Wait You - Waiting on God in Eastern Europe,” which documents her journey as a Christian missionary there during the 1990s. Her new novel features a young girl growing up in Romania during the Cold War, so I figured Taryn must have been inspired by her travels to write the story. I reached out to her to learn more.

Taryn is a Maryland native who has lived in eight states and three countries.

Taryn earned a bachelor’s degree in art from Salisbury University in Salisbury, Maryland.

“After college, I joined the staff of Campus Crusade (now Cru) and served 21 years all over the U.S. and world,” she said. “I wanted to make a difference in the world, to share the hope of Christ with others. I moved to Romania shortly after communism fell to minister to university students in Bucharest and Cluj. After living there five years, I moved to Budapest, Hungary, for another five years to oversee staff members serving in 18 countries throughout Eastern Europe and Russia. Needless to say, I traveled constantly.”

She shared the lessons she gained from her time overseas.

“(I learned) that God can do the impossible, that he can use someone ordinary like me and give me the strength and grace I needed each day to thrive in a difficult situation, that people are the same with the same needs and desires everywhere,” Taryn said.

When she returned to America, she got married and moved to San Francisco, where she worked at Gateway Seminary. When she and her husband moved to Morganton, she got a job working in the president’s office at Lenoir-Rhyne University. She earned a Master of Arts in Writing from LR’s Asheville campus in 2016 and now works as an adjunct in the university’s Writing Center.

Learning from others' experiences - Favorite stories from 2020

As I looked back on my favorite stories of the year, I realized the common theme among them …

“I have wanted to write all my life,” Taryn said. “I wrote my first novel, also historical fiction, at age 10. I just was interested in a lot of other things, so I put writing on hold, but I never forgot my dream. Soon after I moved back to the states, I wrote a memoir of those tumultuous years in Eastern Europe, but my real love has always been fiction. The time was right to start to pursue it once I was here in North Carolina. It was in a graduate class for my writing degree that I was inspired to write this particular novel.”

In the story, the heroine, 15-year old Adriana Nicu, navigates communist culture in Bucharest, Romania, in 1987. Adriana stumbles upon a secret treasure trove of forbidden books in her aunt’s apartment. As she begins reading, she is forced to reexamine some of her beliefs.

“One Degree of Freedom” reached the No. 1 new release ranking on Amazon Kindle for Children’s European Historical Fiction, according to the previous article.

Taryn said it is the first book of a trilogy she is writing that will end with the Romanian Revolution of 1989.

“The second novel is with the publishers now,” she said. “I’m finishing up the third novel this year. And then I’ve written another book, a nonfiction memoir written for a prisoner recently released from San Quentin after serving 29 years for stealing $116. That one is currently with an agent.”

She shared her hopes for “One Degree of Freedom.”

“One hope is just to tell a really good story,” Taryn said. “I want readers to fall in love with the characters and the setting. Another is for them, especially young readers, to want to read more. The protagonist’s reading list is in the front of the book. I want them to learn about an under-represented time and place — Romania during the Cold War. I want them to gain empathy as they try to imagine life for another person in another part of the world at another time, and for that to shape how they live their life here and now.”

For more information about Taryn Hutchison and her writing, visit tarynhutchison.com.

Tammie Gercken is a staff writer with The News Herald and a member of the Morganton Writers’ Group.

Beth Willard Patton has joined the team at Southmountain Children and Family Services to help the agency better engage with the community and share its mission.

Burke County Public Schools on Friday amended its announcement from the day before regarding graduation at Patton High School.

Taryn Hutchison is pictured in Moscow, Russia, during her time with Campus Crusade.

Taryn Hutchison is the author of "One Degree of Freedom," a historical novel for readers ages 12 to adult.

"One Degree of Freedom" is the first book of what will become a trilogy.