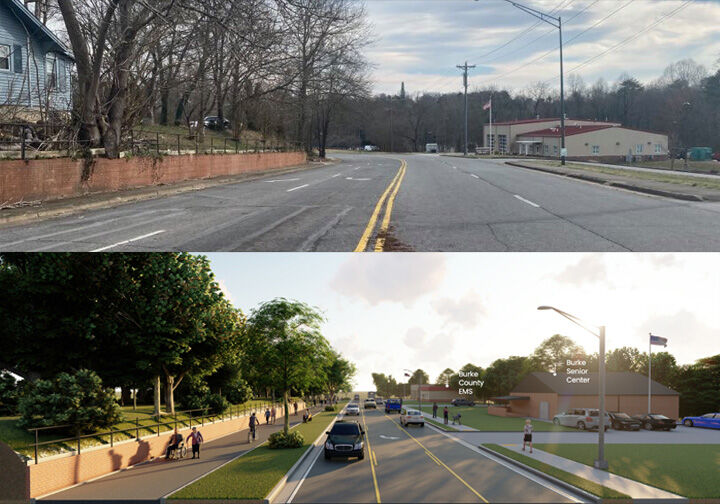 College Street as it appears now at North Green Street, top, will be changed, above, as part of the proposed redesign of the area. 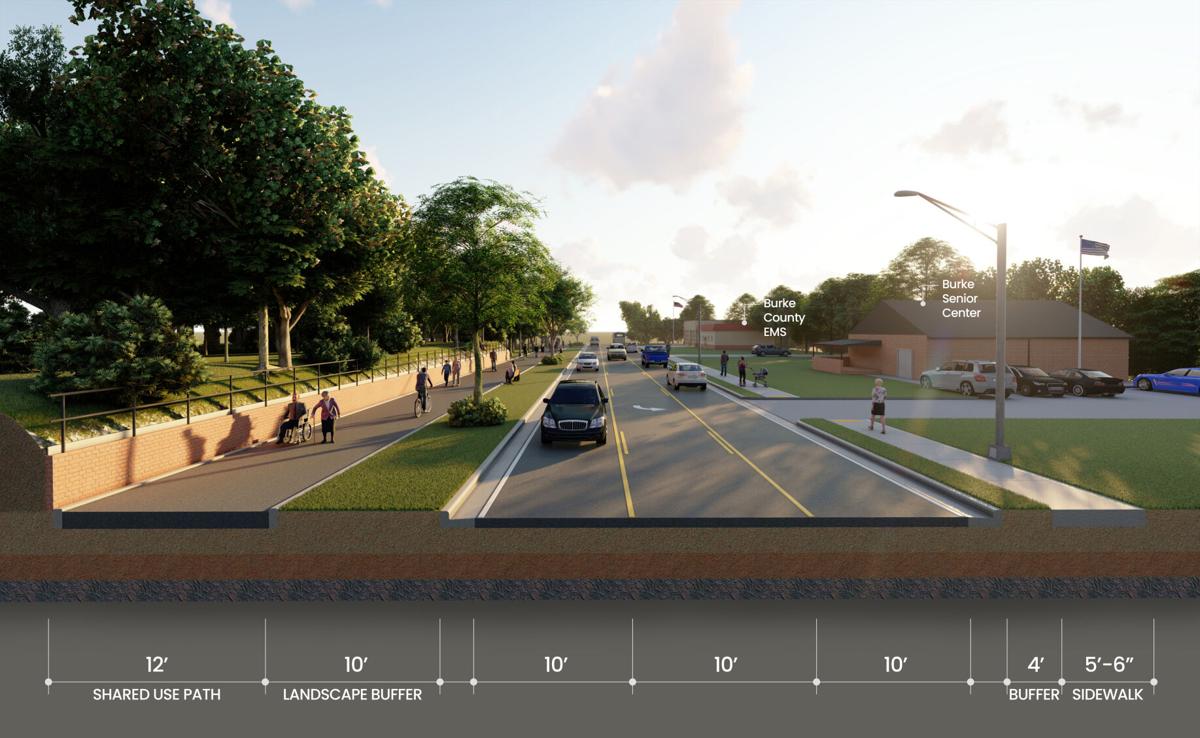 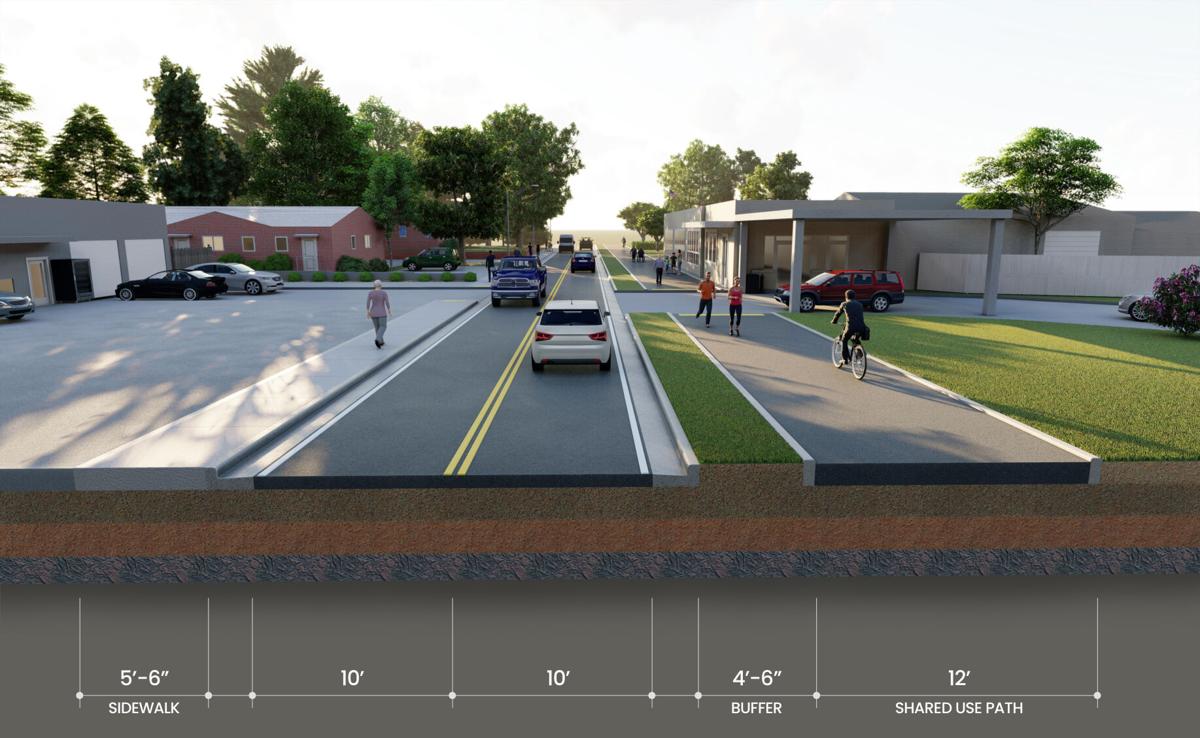 Morganton leaders are looking for the public’s input on the redesign of College Street.

The city will host a virtual public meeting for the College Street redesign project at 5:30 p.m. Tuesday.

The proposed redesign will add a greenway connection all the way from North Green Street to West Fleming Drive, Phillip Lookadoo, director of development and design for the city of Morganton, said at a previous city council meeting.

“Once we’re able to cross Fleming, we’ll tap into the state properties — the School of Science and Math, School for the Deaf, Broughton and those facilities,” Lookadoo said. “The really nice thing about this project is that it also connects into the downtown greenway connector, where you see construction going on currently, and will tie into the remainder of the Catawba River Greenway system.”

A $3.312 million grant from the Federal Highway Administration is making the project possible, of which the city will have to pay 20%, or $662,400.

Lookadoo said at the March 1 city council meeting that 25% of the designs have been completed. Designs will be completed in the next phase, and the project will go to bid in 2024 because of some N.C. Department of Transportation funding issues.

The redesign will feature a 12-foot multiuse path on one side of College Street, with sidewalks on the other side of the street, Lookadoo said. The size of the multiuse path will be the same as the newly paved walkway at Freedom Park.

Preliminary designs put the multiuse path on the northeast side of College Street, closest to Martha’s Park and the Collett Street Recreation Center, until it hits West Meeting Street, according to a video the city put together outlining the project.

The multiuse path is set to cross College Street at that intersection so that it will line up with future plans to connect the state properties with the greenway at the West Fleming Drive intersection.

A roundabout proposed at College and Collett streets also would include pedestrian and bicycle crossings, the video said.

The traffic signal at West Concord Street also may be removed, and city staffers are asking for input on that piece of the project.

To attend the virtual public meeting, visit bit.ly/3blkcbz and use the event number 145 844 3262. The event password is CollegeStMeeting. Residents also may call into the meeting at 650-429-3300.

To speak at the meeting, residents must register by March 12. Anyone who needs auxiliary aids or services to participate in the meeting should contact the city manager’s office at 828-438-5228 or citymanager@ci.morganton.nc.us by noon Friday.

For those who do not speak English or have a limited ability to read, speak or understand English, interpretive services are available for those who request them by calling 888-281-8311 before the meeting.

Residents who can’t make it to the meeting also can complete a survey at bit.ly/3ckERM4, which will open at 5 p.m. Tuesday.

Comments also may be submitted to Lookadoo by email at plookadoo@morgantonnc.gov or by phone at 828-438-5260.

The city will accept comments until April 13.

College Street as it appears now at North Green Street, top, will be changed, above, as part of the proposed redesign of the area.