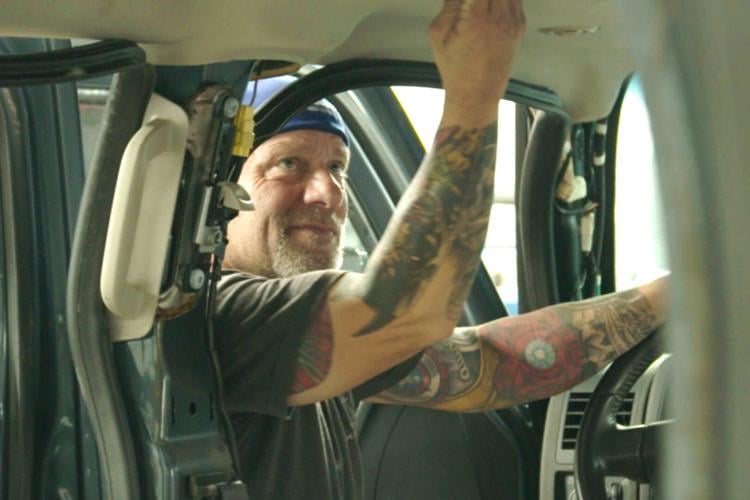 Jamie Buchanan works on a vehicle on the set of “Dirty Old Cars.” 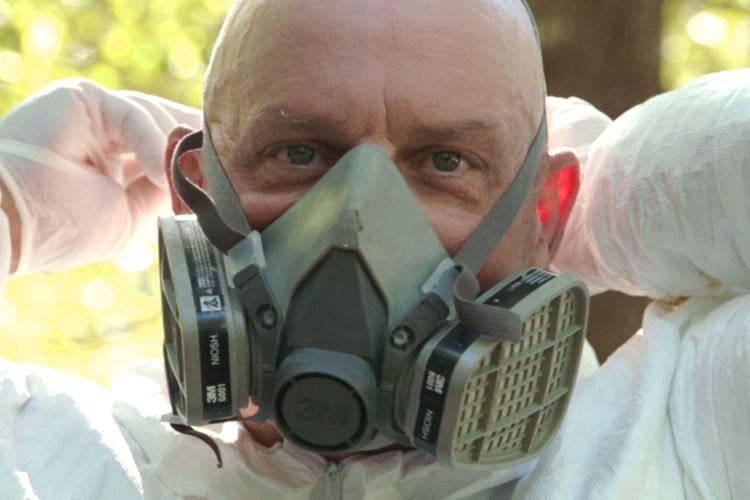 Jamie Buchanan suits up to tackle a job on the set of “Dirty Old Cars.” 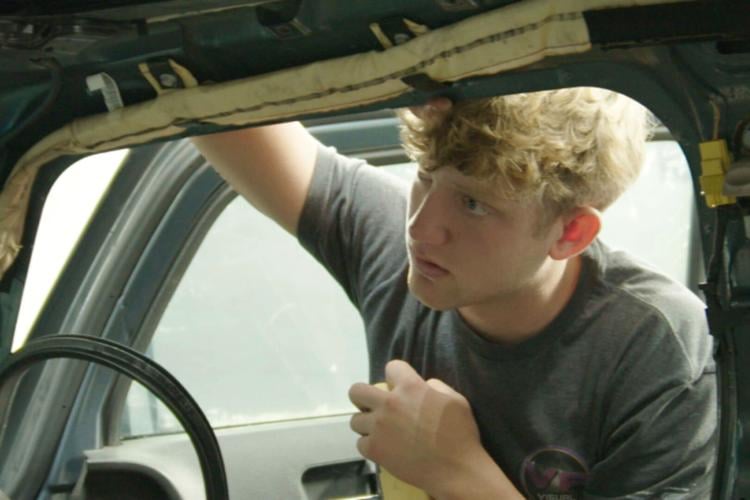 Caleb Castle, who works for Visual Perfection, works on a vehicle on the set of “Dirty Old Cars.” 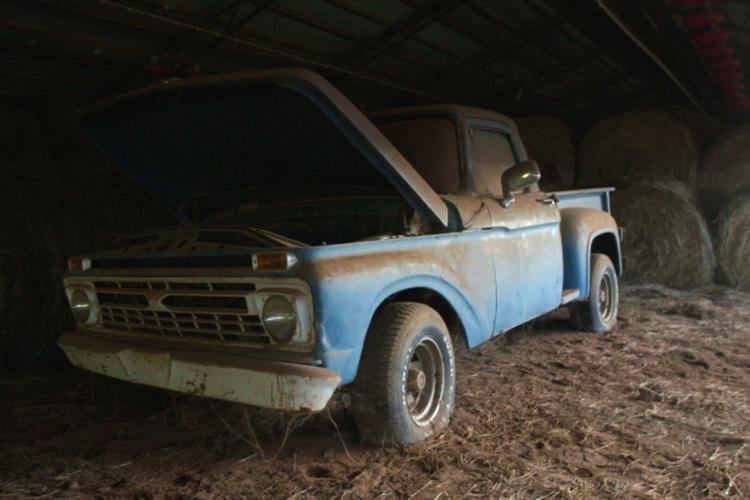 A photo shows one of the dirty, old trucks Visual Perfection is set to clean in the HISTORY Channel series.

A career that started in his grandpa’s driveway has landed a Morganton man on the cast of a HISTORY Channel show premiering this week.

Jamie Buchanan started working when he was just a teenager, first washing dishes at a restaurant, then taking after one of his uncles and washing cars.

“He would wash his car and my grandpa’s car in our driveway, so that’s where I started, in my grandpa’s driveway,” Buchanan said. “I would take people’s cars home from work and wash them and make some extra money.

“You got some gratification or satisfaction from doing that, and … making people happy, and you could see the end result, and so I kind of got good at that.”

He started his own business at 19, detailing cars and picking up a full-time, third-shift position to help make ends meet until he made the connections for his small business to take off.

“For two years, I worked about 100 hours a week starting out,” Buchanan said. “Just working, trying to make somewhat of a name for myself, somewhat of a business for myself. And the harder you work, the more you make, and I was all about working hard, but it was also about taking care of people.”

Now 50, that’s still how Buchanan tries to run his business.

“A lot of people come in and look at the bottom line, at business and ‘this is how much money I need to make to survive,’” Buchanan said. “I can tell you when I come into work, I don’t look at it that way. I look at it as it’s a new day, it’s a new challenge, it’s a new breath of air. How can I be helpful to somebody in my community today? You have a problem, I’m here to fix it.”

When it comes to making vehicles shine, there likely isn’t much Buchanan hasn’t seen in the last 30 years of running Visual Perfection, his detailing business, but this week viewers from across the country will get an inside look at Buchanan’s work on the new HISTORY Channel series “Dirty Old Cars.”

“It’s really been about a year and a half in the making,” Buchanan said.

Buchanan said he was contacted to be in the series through a group of detailers from around the world. Producers had reached out to the group looking for five detailers to interview for a potential reality show.

Members of the group recommended Buchanan and Visual Perfection. Producers reached out to Buchanan around noon on a Thursday, giving him 36 hours to submit a video explaining who he is and giving details of his business.

“What we didn’t know in the beginning was they wanted to see how well we operated under pressure,” Buchanan said. “And if we could produce under timelines, time restrictions and give them great quality content. We didn’t know that until it was all over and we got chosen.”

It wasn’t long after they submitted the reel before the network reached out to Buchanan wanting him to sign a contract to be on the show.

“We nailed it because they contacted us immediately,” Buchanan said. “Three days after we submitted it they called and they were like, ‘hey, look, we really would like for you to sign. We would like to cast you in this thing.’”

Once the ink was down, production dates ended up getting moved around a couple of times, but eventually the crew — with members from across North Carolina and as far away as Vermont and Georgia — was assembled.

“We had a phenomenal team,” Buchanan said. “Everyone was just so nice and so courteous and so helpful.”

When shooting began, Buchanan said the work was nearly nonstop.

“We worked every day, six days a week,” Buchanan said. “The video team would be here for those five days, they’d shoot 12 hours a day, five days a week. And of course we had to stay late to finish up the work, so we worked an average of 16-17 hours a day for six days (a week) for eight weeks, just making sure we had everything done that needed to be done.”

The show will feature Buchanan’s detailing shop and two others from around the country as they clean cars smothered in filth and, in some cases, infested with creatures. Each 30-minute episode features two before-and-after reveals.

“If you’re looking for a way to be amazed by looking at a car that’s sitting in your driveway for the last 15 or 20 years and you have not known what to do with it, you watch this show and you’re gonna want us to haul it to our place to clean it up so you can sell it and get it out of the yard from being a pot planter,” Buchanan said.

He said some people find it hard to believe that all it took was throwing some elbow grease into cleaning cars like the ones featured on the show to get them back in good condition.

“Dirty Old Cars” will premiere Wednesday at 10 p.m. on the HISTORY Channel. Visual Perfection is at 431 E. Fleming Drive, Morganton.

Across America, under layers of dust, mold and mud there are forgotten cars waiting years for someone to revisit their history and give them t…

The line of royal succession explained with new baby news

Jamie Buchanan works on a vehicle on the set of “Dirty Old Cars.”

Jamie Buchanan suits up to tackle a job on the set of “Dirty Old Cars.”

Caleb Castle, who works for Visual Perfection, works on a vehicle on the set of “Dirty Old Cars.”

A photo shows one of the dirty, old trucks Visual Perfection is set to clean in the HISTORY Channel series.