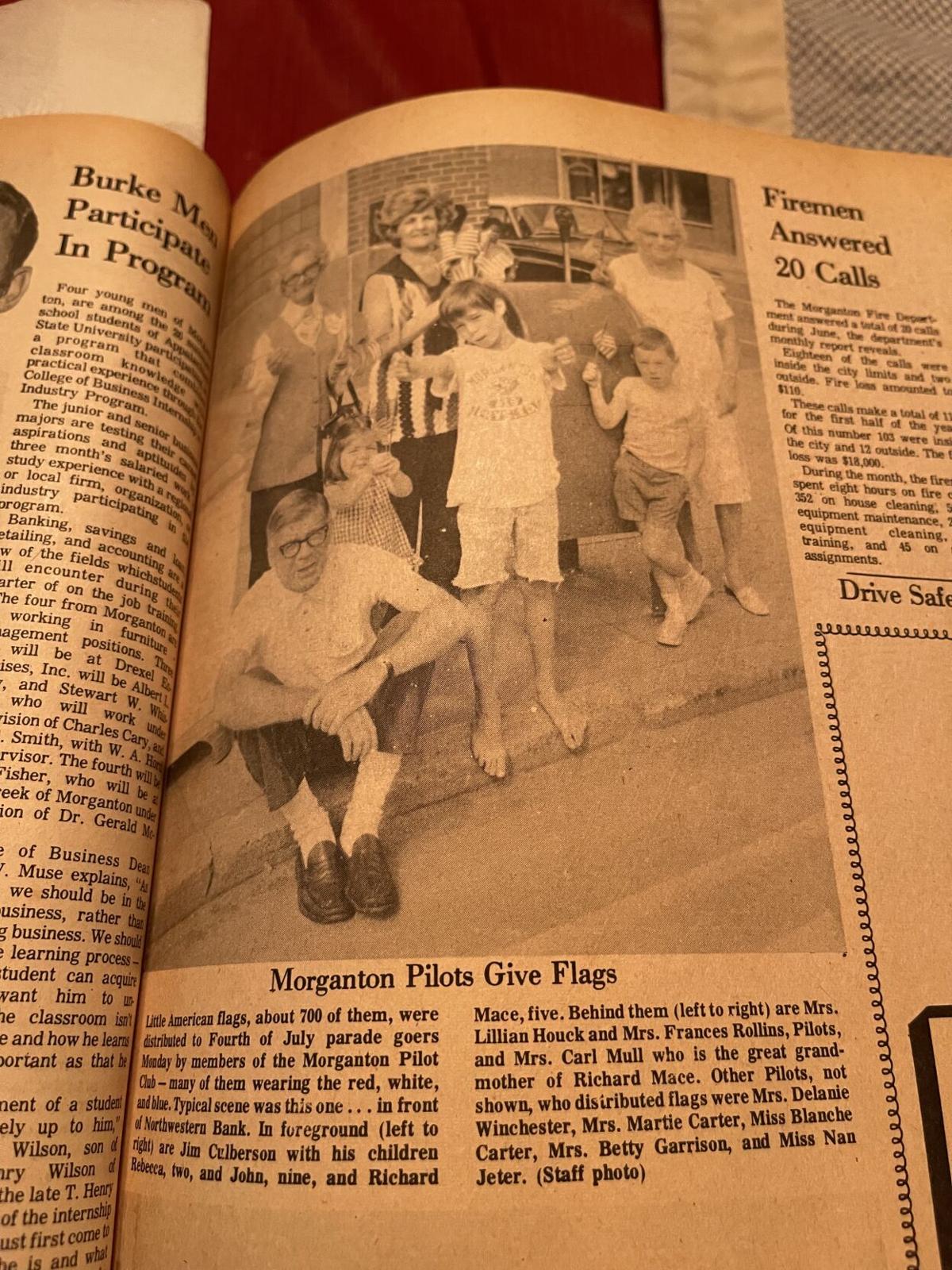 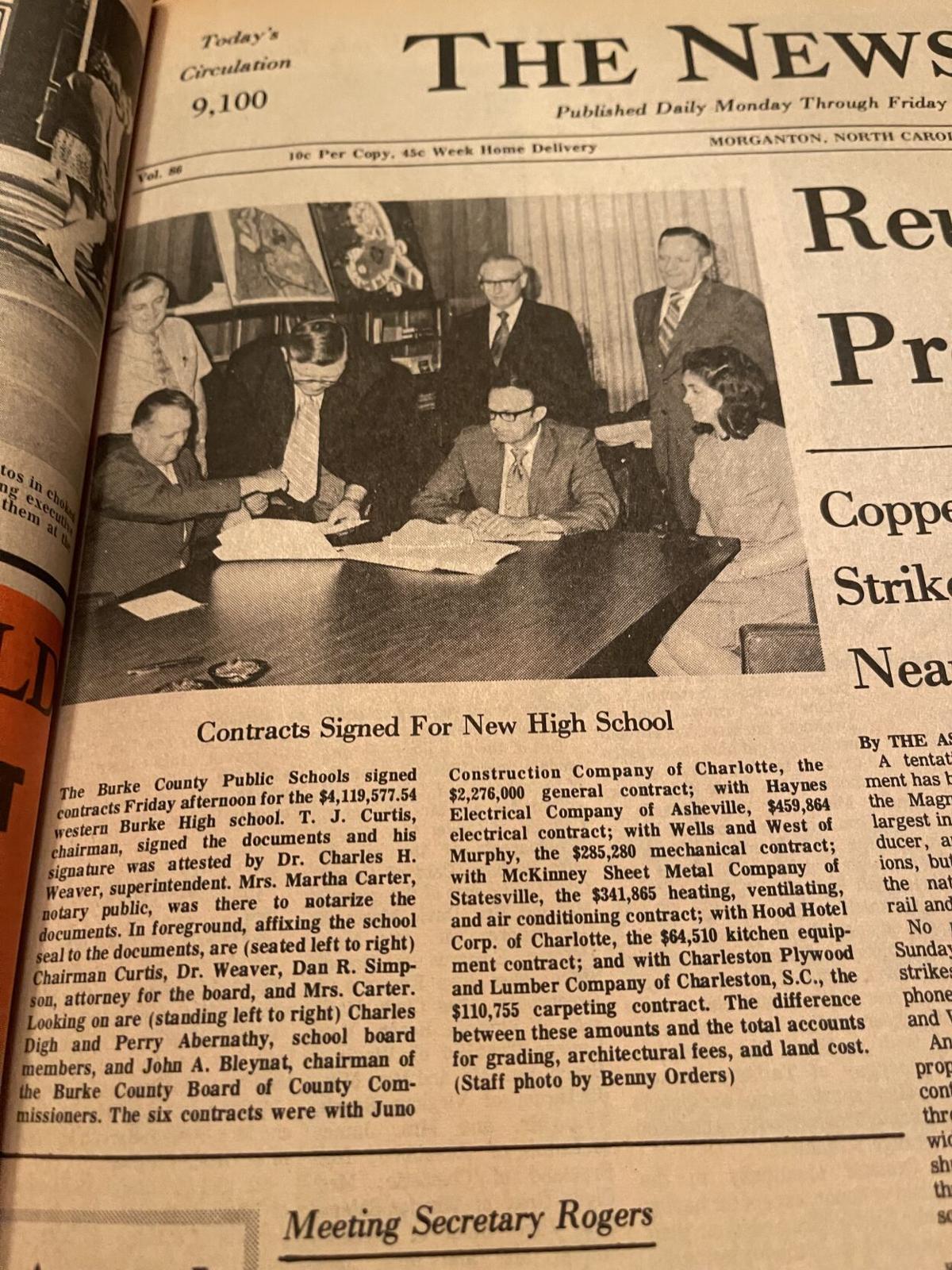 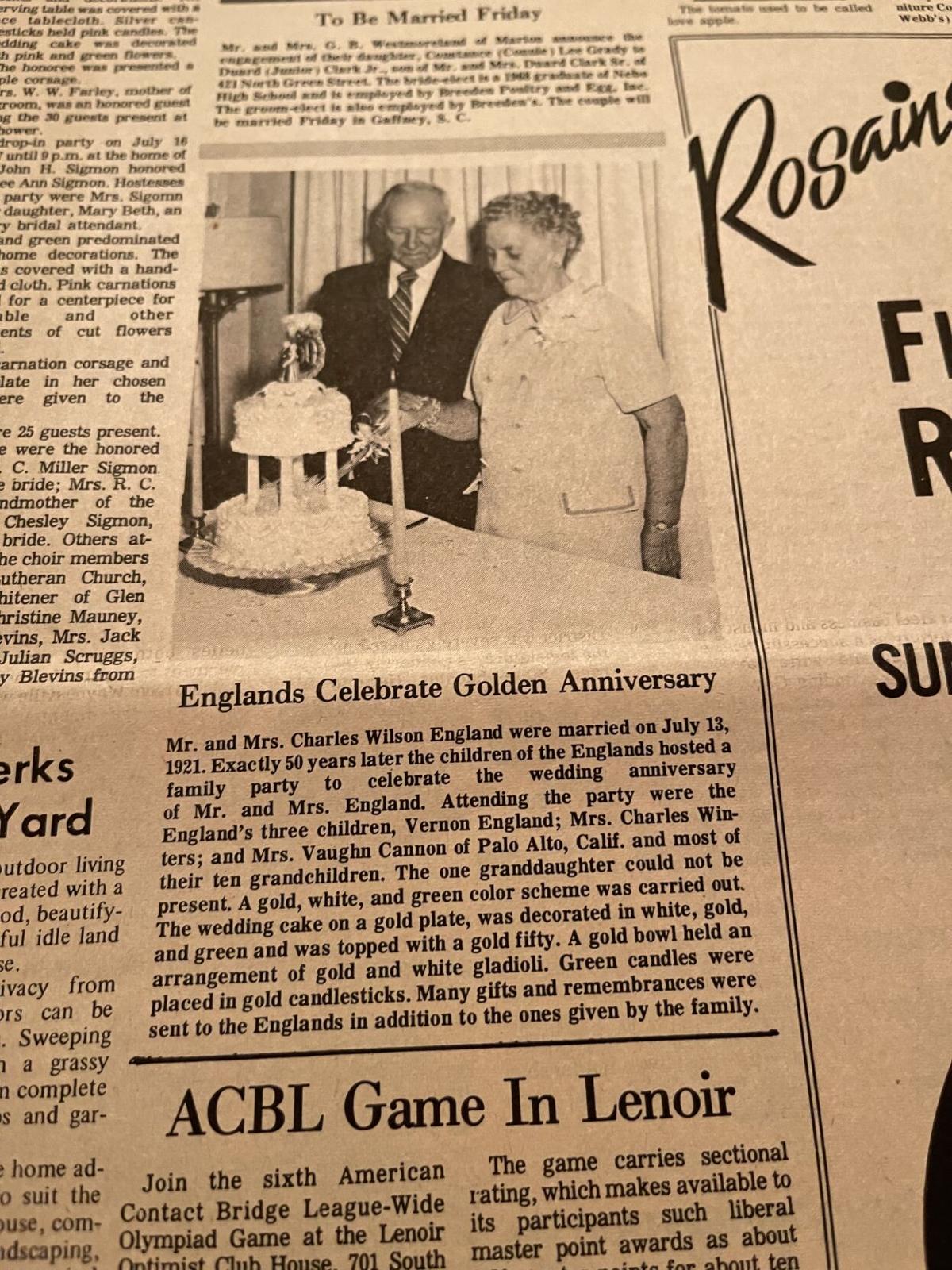 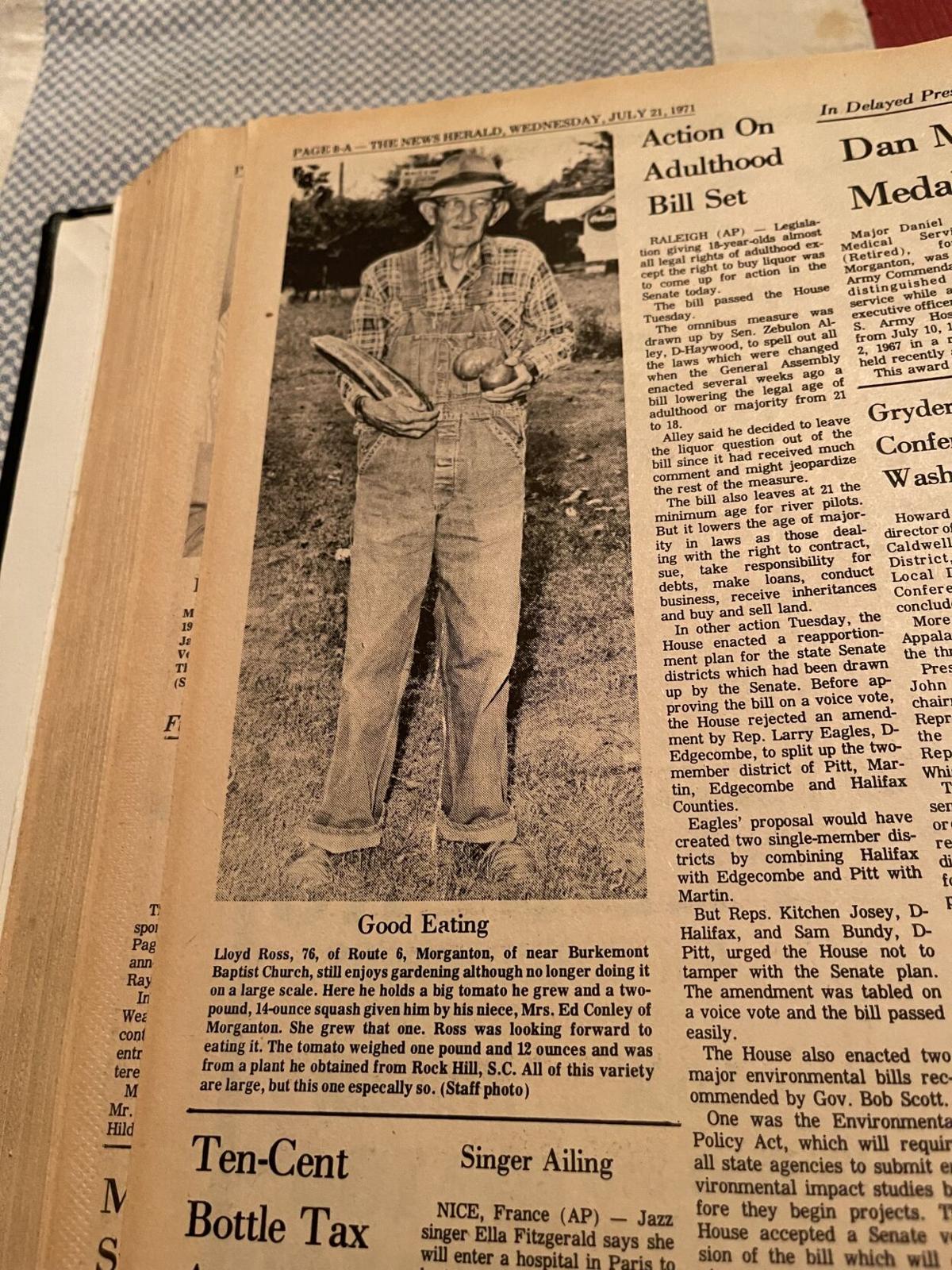 Paul William Hipps, 53, of Route 2 in Valdese, died today at 5:20 a.m. in Valdese General Hospital. He had suffered critical injuries late Saturday afternoon when a tractor turned over on him.

Deputies said Hipps had entered a private drive off Milton Road just west of Valdese at approximately 7 p.m. when the tractor that he had owned only two weeks turned over.

He was pinned under the tractor for almost an hour before he was freed.

Mr. Hipps, an employee of Drexel Furniture Co., was born in Burke County on June 5, 1918. He was the son of Dock Franklin and Mamie Frances Taylor Hipps of Route 1 of Morganton.

Surviving in addition to his parents, are his widow, Mrs. Margret Brown Hipps of the home, one son, Paul Norman Hipps, of the home, and two daughters: Mrs. Donnie Downin of Hagerstown, Maryland, and Mrs. Myrellevina Stamey of Route 2 in Valdese.

Services will be held at High Peak Baptist Church, of which he was a member.

Burial will be in Burke Memorial Park.

The Morganton Jaycees are sending out an SOS today for girls to enter the Miss Morganton Pageant that the Jaycees sponsor.

This year’s pageant will take place Aug. 14 at the Morganton High School auditorium.

John Murphy and Steve Baker, pageant co-chairs, said the Jaycees have volunteers available to work with contestants on talent, poise, etc., so a girl need not be concerned about entering the pageant unprepared.

Even though only one can be Miss Morganton, every girl who comes out a winner. Not only does she gain from the experience of being a beauty pageant contestant, but each contestant receives gifts donated by area merchants.

Trophies are awarded to Miss Morganton, also to the first and second runner-up, and to Miss Congeniality. Scholarships totaling $600 also are awarded.

The Jaycees will provide a wardrobe to the winner and an all-expense paid trip to the Miss North Carolina Pageant in 1972. She will be given charm school and additional talent training in order to better prepare her for the state pageant. Miss Morganton will be scheduled to make a number of guest appearances as well.

The pageant co-chair said some girls may be reluctant to enter themselves in the pageant, so he encouraged people who know girls they think would be good contestants to get in touch with the Jaycees, and they will call the girls.

Specialist Fourth Class Robert A. Lambert, son of Mr. and Mrs. Jack Lambert of Drexel, is stationed with the 141st Signal Battalion near Goppingen, Germany. Lambert has been appointed to a committee for the improvement of enlisted men’s and non-commissioned clubs in Germany.

Seaman Apprentice Stephen A. Wilson, son of Mr. and Mrs. Aubrey R. Wilson of Route 6 in Morganton, has returned to his home port of Long Beach, California aboard the guided missile destroyer escort the USS Schofield after four months of anti-submarine training exercises in the Indian Ocean, Philippine Sea, South China Sea, Sea of Japan, Northern Pacific and Bering Sea.

Cpl. Benny J. South of Williams Road in Drexel is serving with the Second Marine Air Wing at the Marine Corps Air Station at Cherry Point.

William Thomas Bullard III, a native of Cleveland, Tennessee, has been appointed purchasing agent for Grace Hospital and has already taken up his new duties.

J.G. Brothers, administrator, announced the selection of Bullard to fill a vacancy created when former purchasing agent Keith M. Brown was elevated to the newly created position of director of materials.

Brothers said Bullard is well qualified for the position of purchasing agent and comes to Grace Hospital at a time when planning for the opening of the new hospital is taking place.

“We are happy to have him and his family come to Morganton and to be associated with us at this critical time,” Brothers said.

Bullard earned a Bachelor of Science in Business Management from Lipscomb University in Nashville, Tennessee in 1966 and served in the US Navy from March 1967 to February 1971. During this time, he worked in the accounting office for three years after training as a hospital corpsman. He was involved in accounting supply procedures.

Bullard and his wife, Naomi, reside at Chateau Village apartments in Morganton with their infant son Eric, who was born Nov. 30.

Some folks still say they do not want Morganton to grow — they want it to stay like it was. How in thunder can it stay like it was when it isn’t like it was? How would you like to go back to muddy streets, real small and sorry street lights, back lots knee-deep in waste paper, chicken coops and pig pens all around and gravel sidewalks? Yes, they were the good old days and folks enjoyed the times, but those days are gone, and frankly folks would not swap them for the present days by any means. So-o-o let’s get down to business and forget the good old days and push our city forward and foremost.

Come to think of, we still say some of our business buildings are really facelifted in a real nice way, while others do not look so hot. While we are at it, let’s keep Morganton on the go.

Instead of saying “Morganton will grow whether we like it or not” we can say, “It has grown.”

Yes, Morganton can use more industry — the more the merrier.

Do you remember when the scissors grinder would come to town often? And when Pyle’s Pearline, a washing powder, was a big seller in this area? Whatever became of the path that used to lead through the Tannery Square area? Oh yes, sure: the path is now the modern common highway know as College Street. Did you know that years ago the North Carolina School for the Deaf had a crack baseball team?