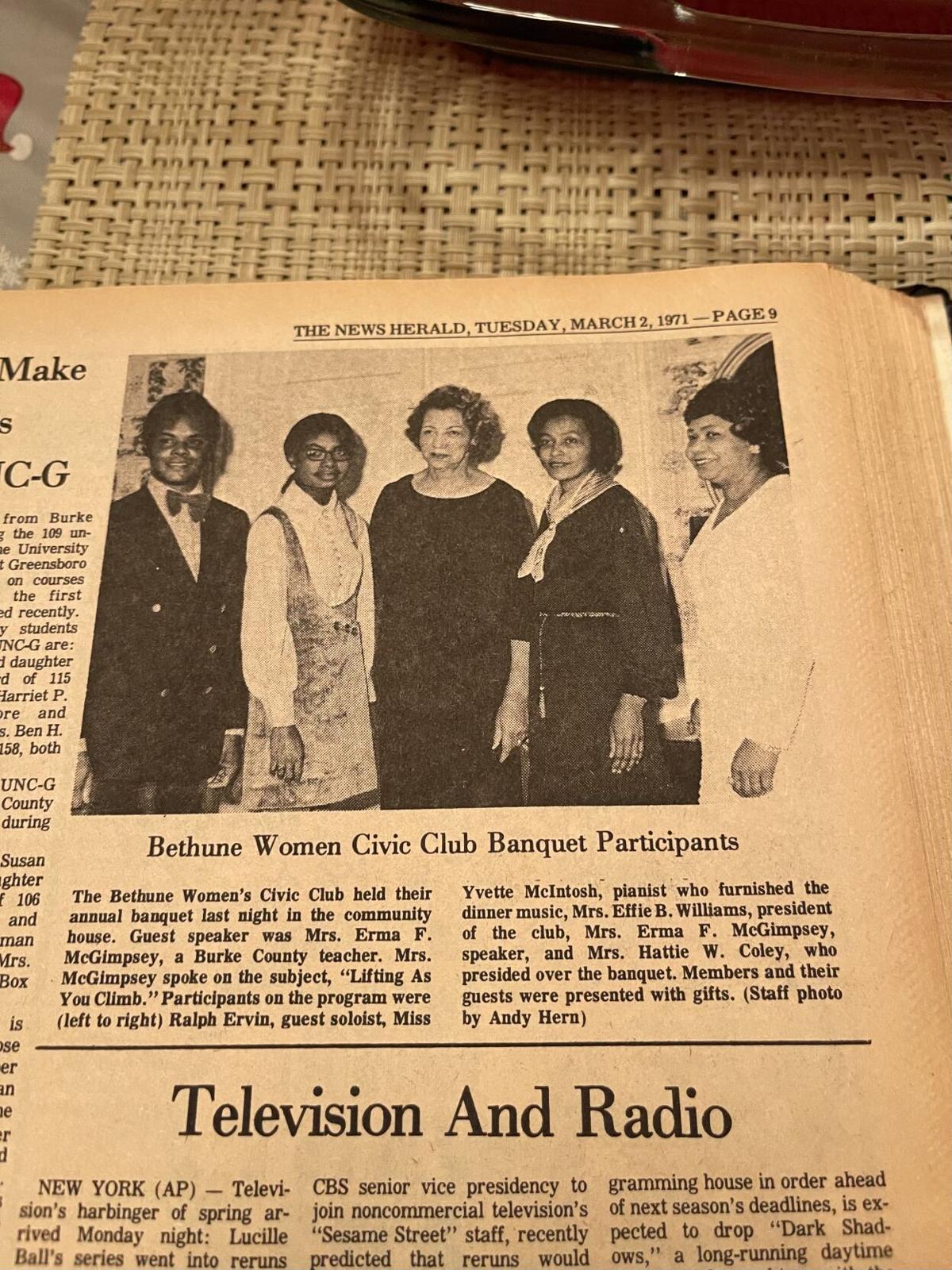 The Bethune Women's Civic Club held a banquet 50 years ago. 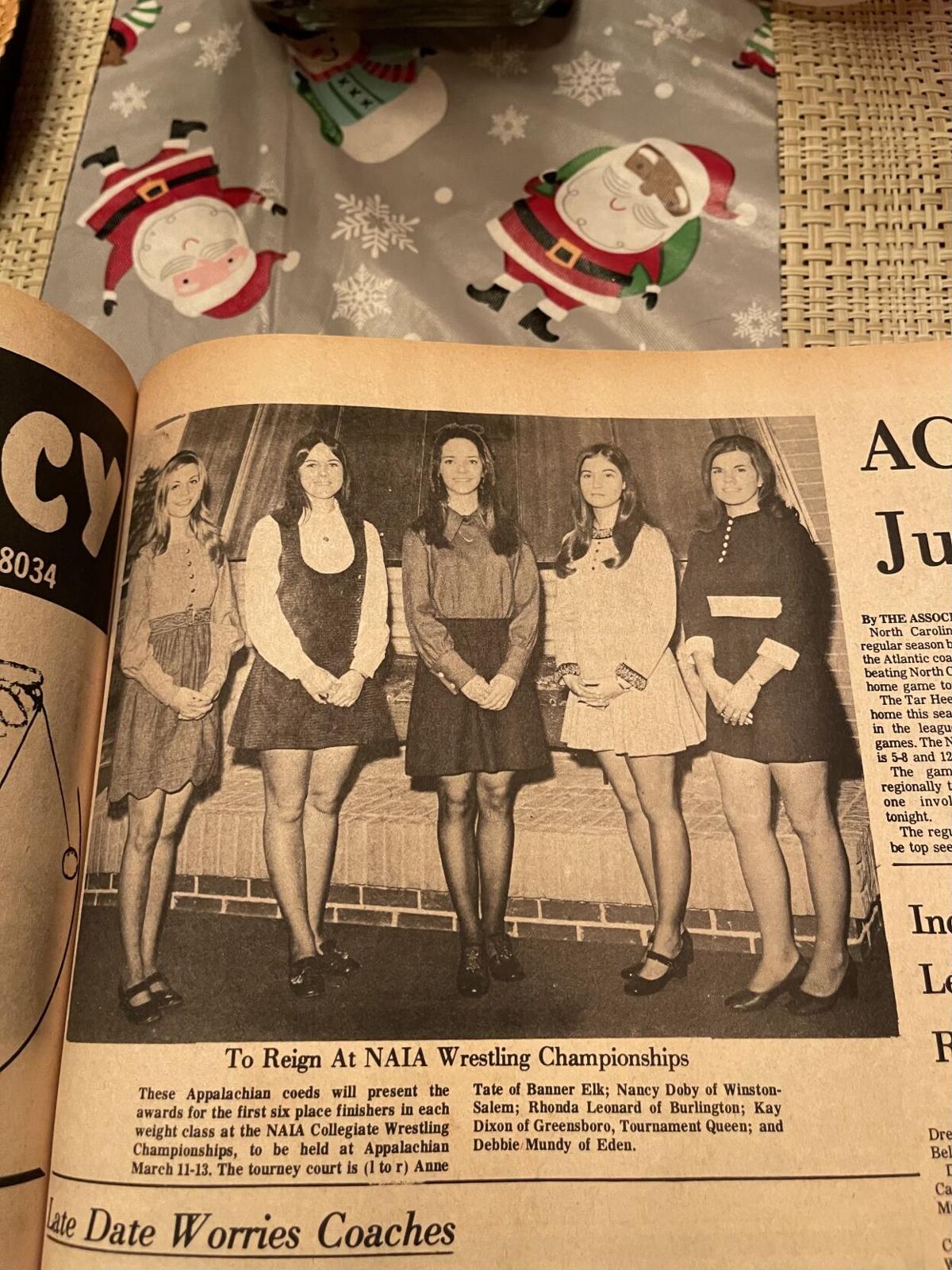 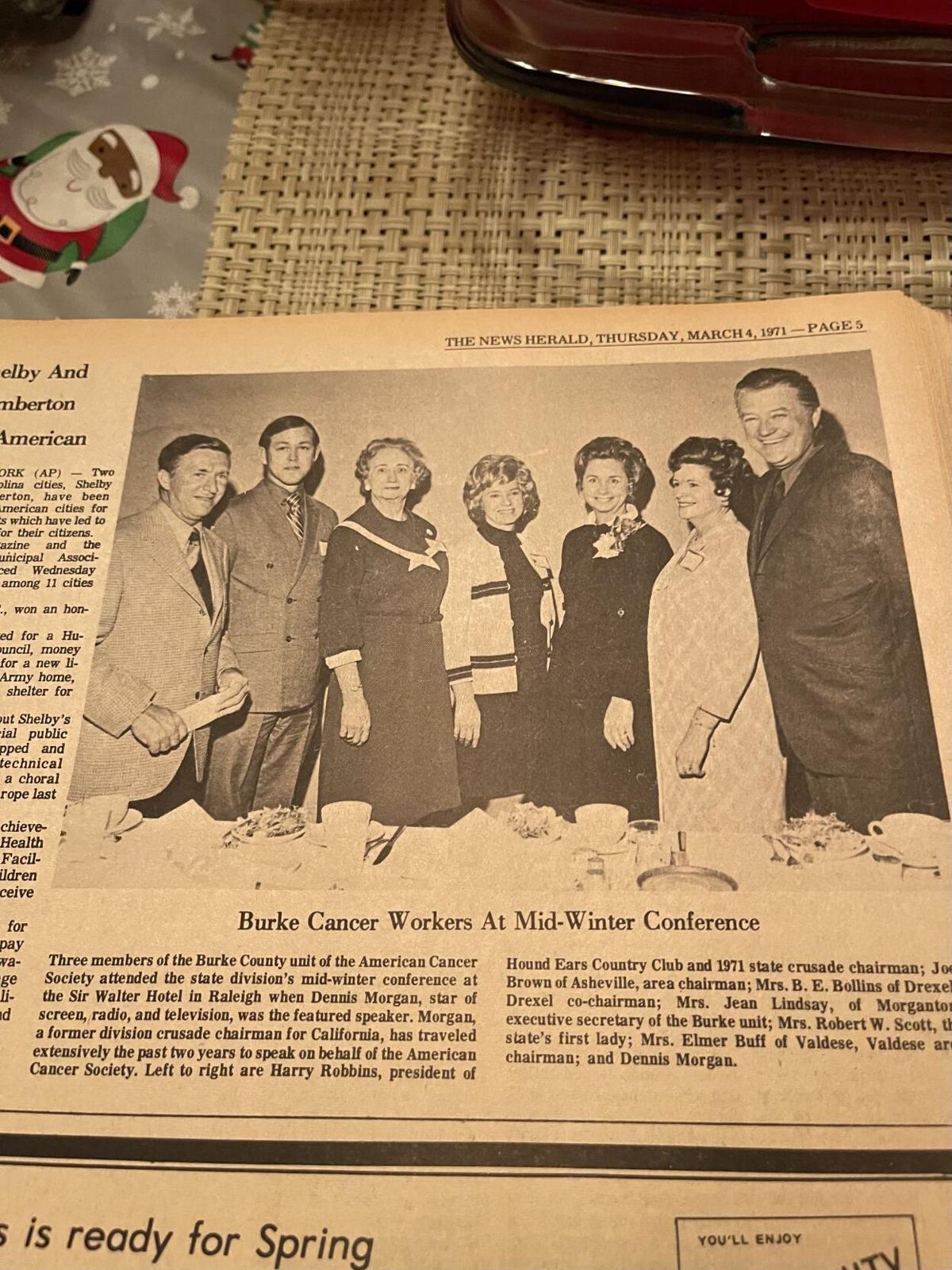 Three members of the Burke County unit of the American Cancer Society attended the state division's mid-winter conference in Raleigh 50 years ago. 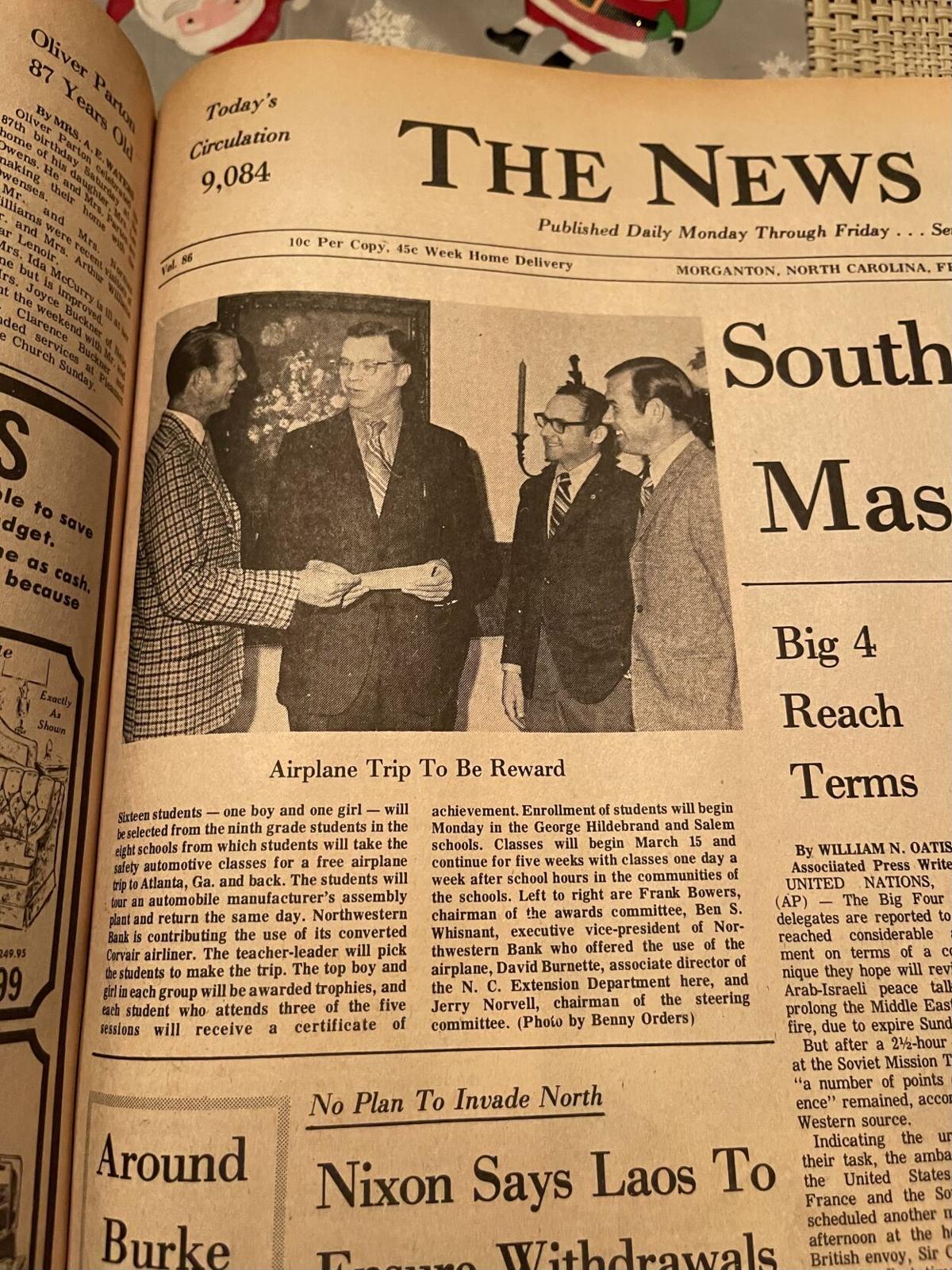 Long files for mayor of Valdese

C.C. Long, a resident of Valdese for 47 years, today filed as a candidate for Valdese in the municipal election May 14.

Long, who retired last Aug. 31 from the position of cost accountant after 27 years with Alba-Waldensian Inc., completed his filing form this morning at the Valdese town hall.

He was the first candidate to file for the mayor post to be filled by the upcoming town election. Long said he was told that incumbent Mayor Gerald Baker will not be a candidate to succeed himself.

A mayor will be elected May 4 for a two-year term, and one alderman each are to be selected for four-year terms from Wards 4 and 5. Present board members are John C. Pons and J.W. Howard Wilkie of Ward 4, who has not formally announced.

Voting for board members, as well as mayor will be at large, with all residents of the municipality balloting in all races.

Bowman is backed by bar

The Burke Bar Association has unanimously endorsed James C. Bowman of Southport for reappointment as a special Superior Court Judge.

This was announced by Robert L. Thompson, secretary, following a meeting of Burke attorneys.

Judge Bowman, now serving as a special judge by gubernatorial appointment, has presided over court in Burke County, and the bar voted to notify N.C. Gov. Scott and the Director of the Administrative Office of the Courts of the endorsement of the Southport jurist after his term expires June 30.

RALEIGH - A House sub-committee today unanimously approved a substitute bill calling for an increase in North Carolina’s minimum wage from $1.24 to $1.75 per hour.

N.C. Rep. E. Lawrence Davis. D-Forsyth, who sponsored the original bill, offered the substitute measure and another proposal calling for $1.60 in a three-step process.

There was a little discussion as the committee approved the two step approach.

State Labor Commissioner Frank Crane told the House Manufacturing and Labor Commission he favored the two-step measure. It would affect establishments with four or more employees. Davis said about 50,000 North Carolinians would get pay raises.

The occasion was the second annual meeting of the council, which serves the Unifour Complex of Burke, Alexander, Caldwell and Catawba counties.

Some 75 people from the four counties attended the meeting and social hour at the Lenoir Country Club and were presented the council’s program of work for 1971.

In speaking to the group, Lambeth said, “As leaders of your communities, you have a great challenge before you. The program adopted here tonight is the most comprehensive in North Carolina, and we think probably in the United States.”

Among us Morgantonians - J. Gordon Queen

In and around the city: Know what work is being done right ahead of units of the new courthouse on South Green Street. And the masonry work is beautiful, putting it mildly. And work is going right ahead on the new Dixie Store on Fleming Drive. Work seems to be finished on the new car wash on South Sterling Street and Fleming Drive. Yes, plenty of construction is going on in this man’s city, proving without a doubt that, “Morganton will grow whether we like it or not.”

Morganton merchants are stocking up for Easter. Let’s all buy our “Glad Rags” here at home.

If you look around enough, you will see that quite a few streets have been opened here in recent years, and many others have been improved.

Come to think of it, we are starting to believe in that uptown faceliftin’ project.

Just about everybody is interested in the reopening of the bus station on Collett Street.

Retrospect: Do you remember when Riley Olsen, former carnival man, was director of the Morganton Concert Band? And when Sam Sloan was in the office at Alpine Mills? Whatever became of that large dwelling that stood in the area of College and Herron Streets? Oh yeah, sure - the home was removed years ago and is now the site of Morganton Junior High School. Did you know that years ago, John M. McGalliard operated a filling station at the corner of Union and Sterling streets?

During past decades, the National Forest Service and partner agencies have documented dozens of ancient Native American rock art, petroglyphs …

In the early 1960s, in my all-white elementary school, my class studied India’s caste system, and I thought how awful it was, and how foreign …

The Bethune Women's Civic Club held a banquet 50 years ago.

Three members of the Burke County unit of the American Cancer Society attended the state division's mid-winter conference in Raleigh 50 years ago.