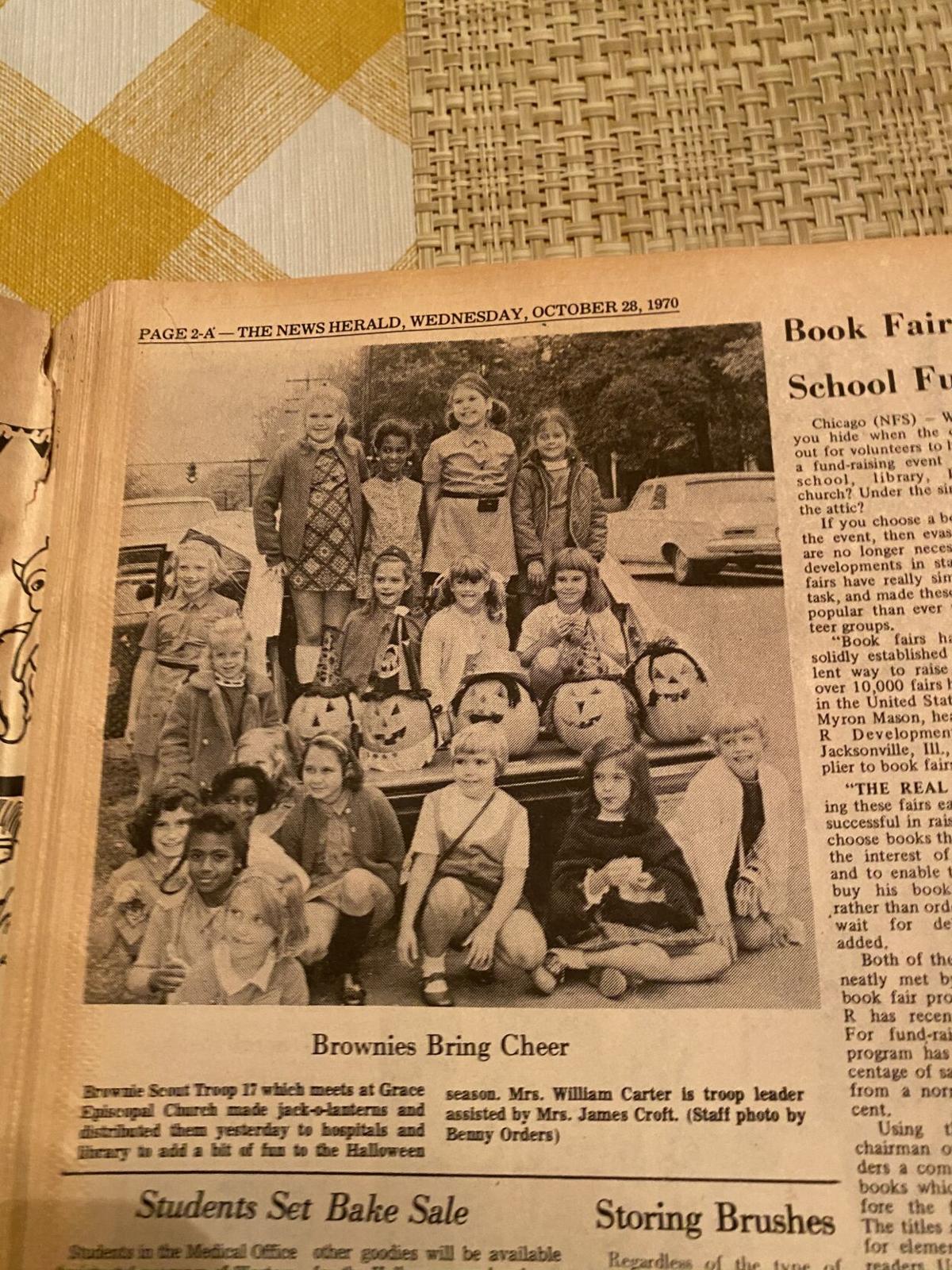 Brownie Scout Troop No. 17 made jack-o-lanterns and distributed them to hospitals and the library 50 years ago. 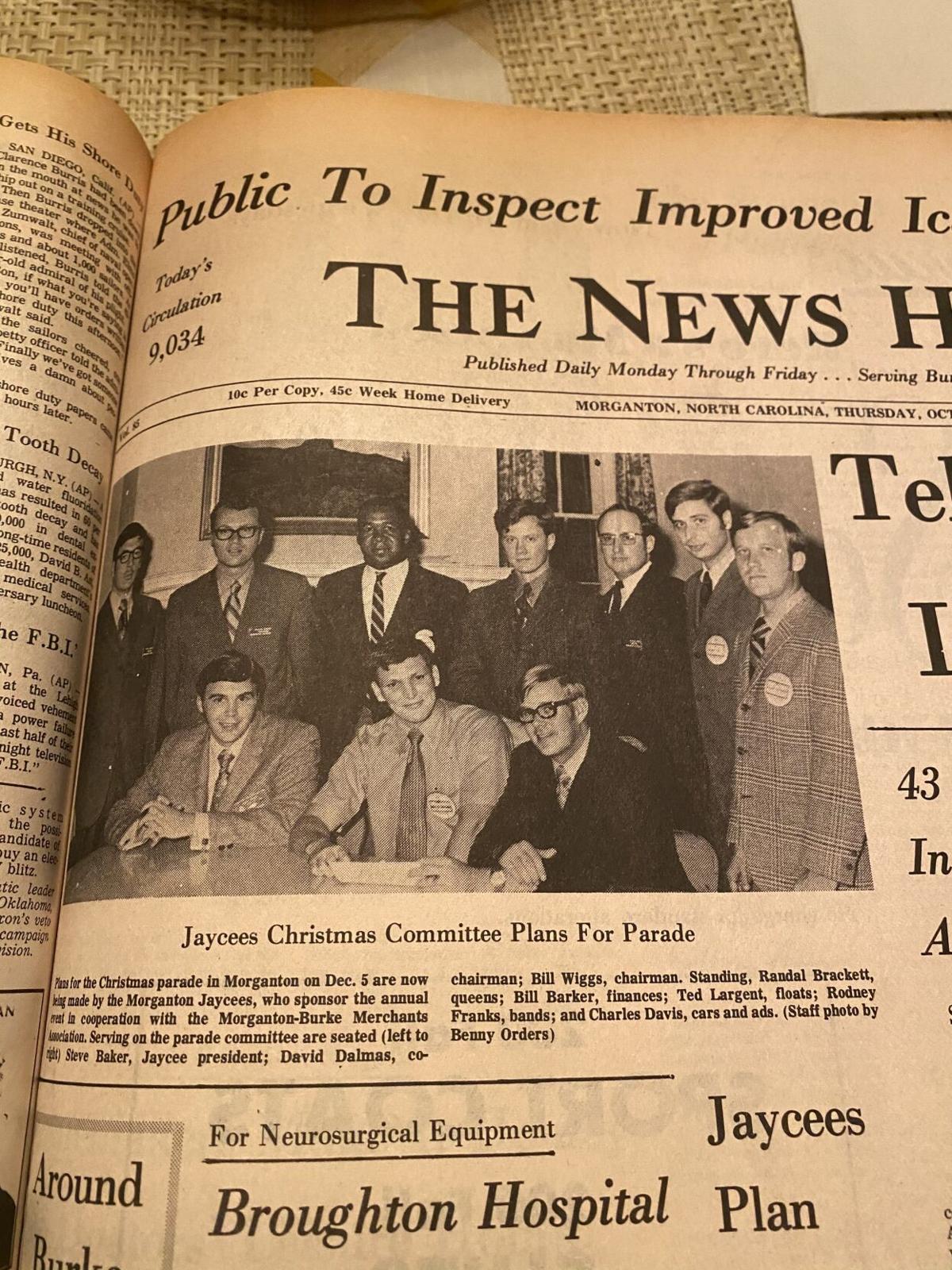 The Christmas parade committee of the Morganton Jaycees met 50 years ago. 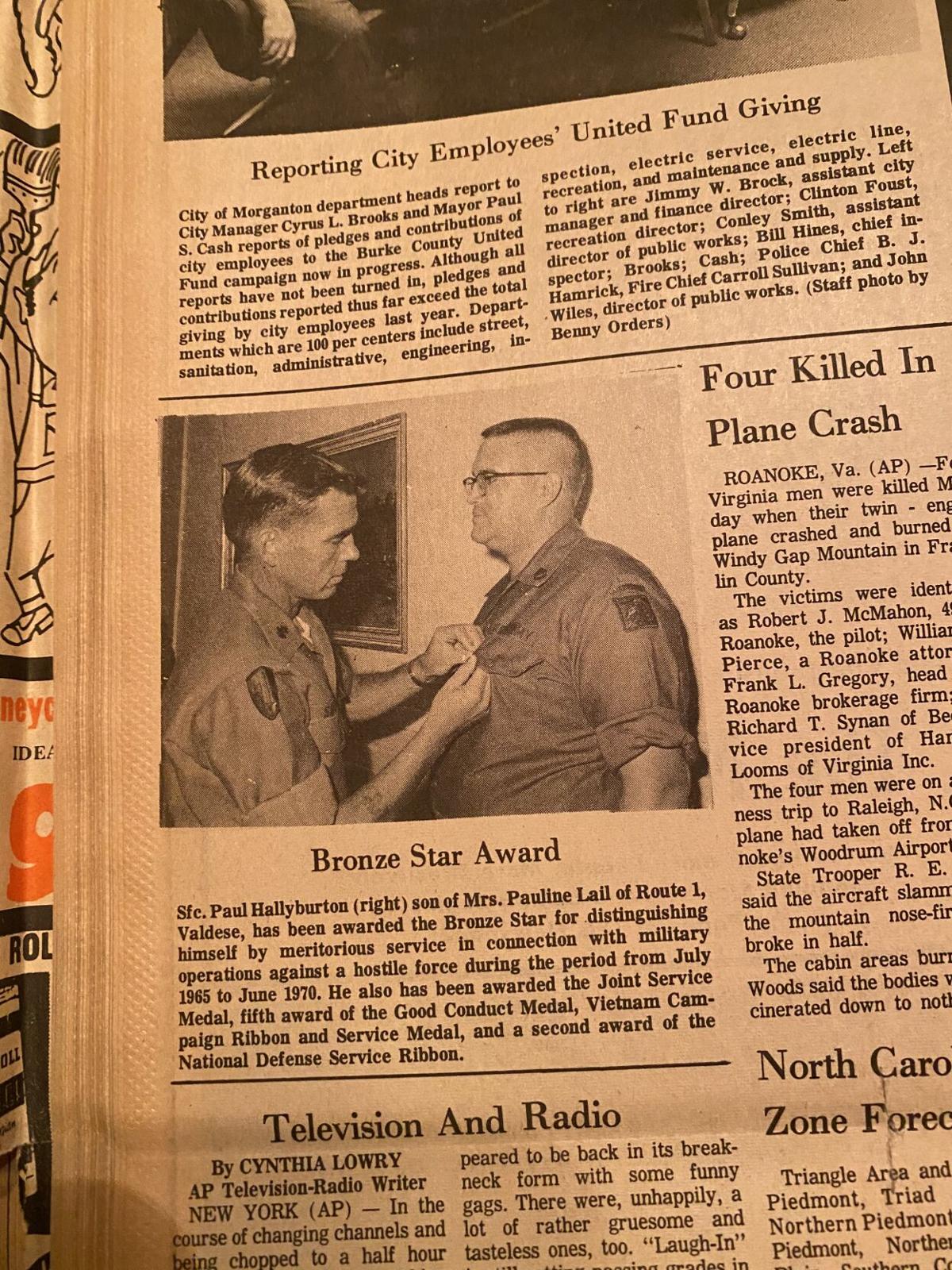 Sfc. Paul Hallyburton (right) was awarded a Bronze Star for his meritorious service to the U.S. military 50 years ago. 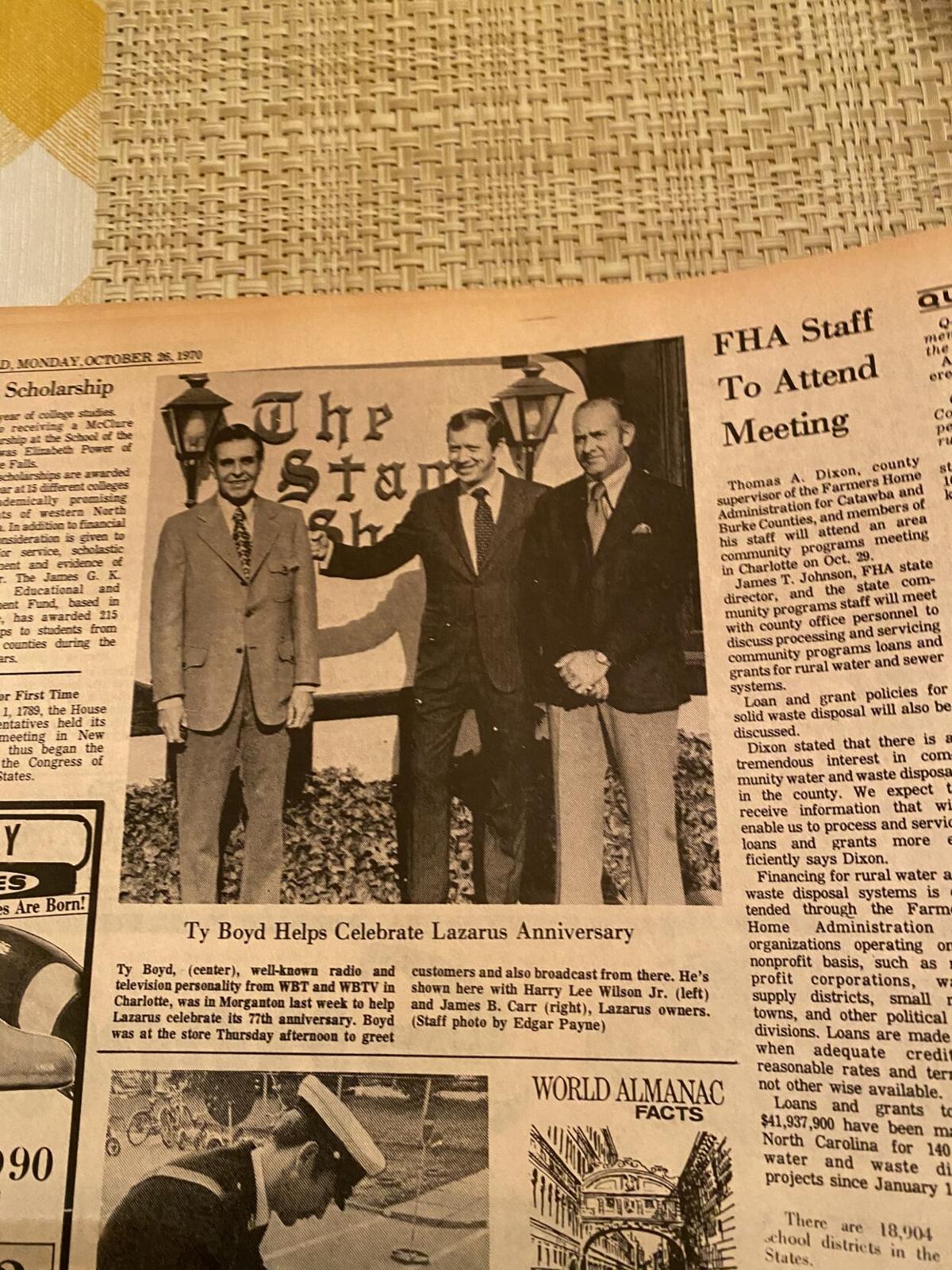 Gets Medal: Army specialist 4 Gary W. Cooper, son of Mr. and Mrs. R.C. Cooper of Route 5 in Morganton, has been awarded the Army commendation medal for meritorious duty in connection with military operations against enemy forces in Vietnam. Cooper is serving with the 16th Aviation Group of the American Division and is stationed at Chu Lai. He attended Oak Hill High School and worked at Wamsutta Mills before enlisting.

Commissioned: Harley S. Warren, son of Mr. and Mrs. Harley H. Warren of Route 1 Valdese, has been commissioned a 2nd Lieutenant in the US Air Force upon graduation from officer training school at Lackland Air Force Base in Texas. Warren was selected for OTS through competitive examination and is being reassigned to Mather Air Force Base in California for navigator training. He a 1966 graduate of Valdese High School and received a Bachelor of Science degree from Appalachain State University.

Bronze Star award: SFC Paul Hallyburton, son of Pauline Lail of Route 1 Valdese, has been awarded the Bronze Star for distinguished service in connection with military operations against hostile forces from June 1965 to June 1970. He also has been awarded the Joint Service Medal, fifth award of the Good Conduct Medal, Vietnam Campaign Medal and a second award of the National Defense Medal.

William Robert Patton, 84, of 223 N. Anderson St. in Morganton, was found dead at his home this morning. Death was believed to have happened at 4 p.m.

Patton, known for years as “Honest Will,” had been in the construction business for many years and had remained active until a heart attack in 1961.

He had been in declining health for the past two years, but his death was unexpected.

He was born Jan. 11, 1886 in Manhattan, Kansas. He was the third child of William P. and Sarah Cannon Patton. When he was 2-years-old, the family traveled by covered wagon to Morganton. The trip took eight weeks. Patton remained on the family farm until he was 15, when he cut his foot through bone and all, and was expected to be disabled. This made him think about an education and when he was 16, his parents encouraged him to leave home and get the education he wanted.

City of Morganton department heads reported to City Manager Cyrus L. Brooks and Mayor Paul Cash reports of pledges and contributions of city employees to the Burke County United Fund campaign now in progress. Although not all reports have been turned in, pledges and contributions reported thus far exceed the total giving by city employees last year. Departments that are 100-percenters include street sanitation, administrative, engineering inspection, electric service, electric line, recreation and maintenance and supply.

Belated Birthday greetings to Mr. Morganton - J. Gordon Queen, the dean of the News Herald staff. Jake, as we call him, was 78 years young last Friday. He was the guest of honor at the News Herald morning coffee break, where his fellow employees greeted him singing “Happy Birthday.” But Jake didn’t mind. He was happy to celebrate his birthday, and his spirits have been high even with losing a leg almost a year ago. Even now, he contributes to the newspaper by keeping editor Stanley Moore informed of news tips, and until a few weeks ago, typing out his widely read column. He hopes to start again soon. A big cake, coffee and cookies were enjoyed by all. We wish you many more, J. Gordon.

This article is sponsored by the History Museum of Burke County where the archives of The News Herald are stored. Jimmy Rhyne is the researcher of the archives.

Furnifold in the Snow, circa 1945 – Margaret Caroline Hamilton and Cecil Dane Hamilton Jr. playing in the snow. The house was located at 308 T…

Brownie Scout Troop No. 17 made jack-o-lanterns and distributed them to hospitals and the library 50 years ago.

The Christmas parade committee of the Morganton Jaycees met 50 years ago.

Sfc. Paul Hallyburton (right) was awarded a Bronze Star for his meritorious service to the U.S. military 50 years ago.