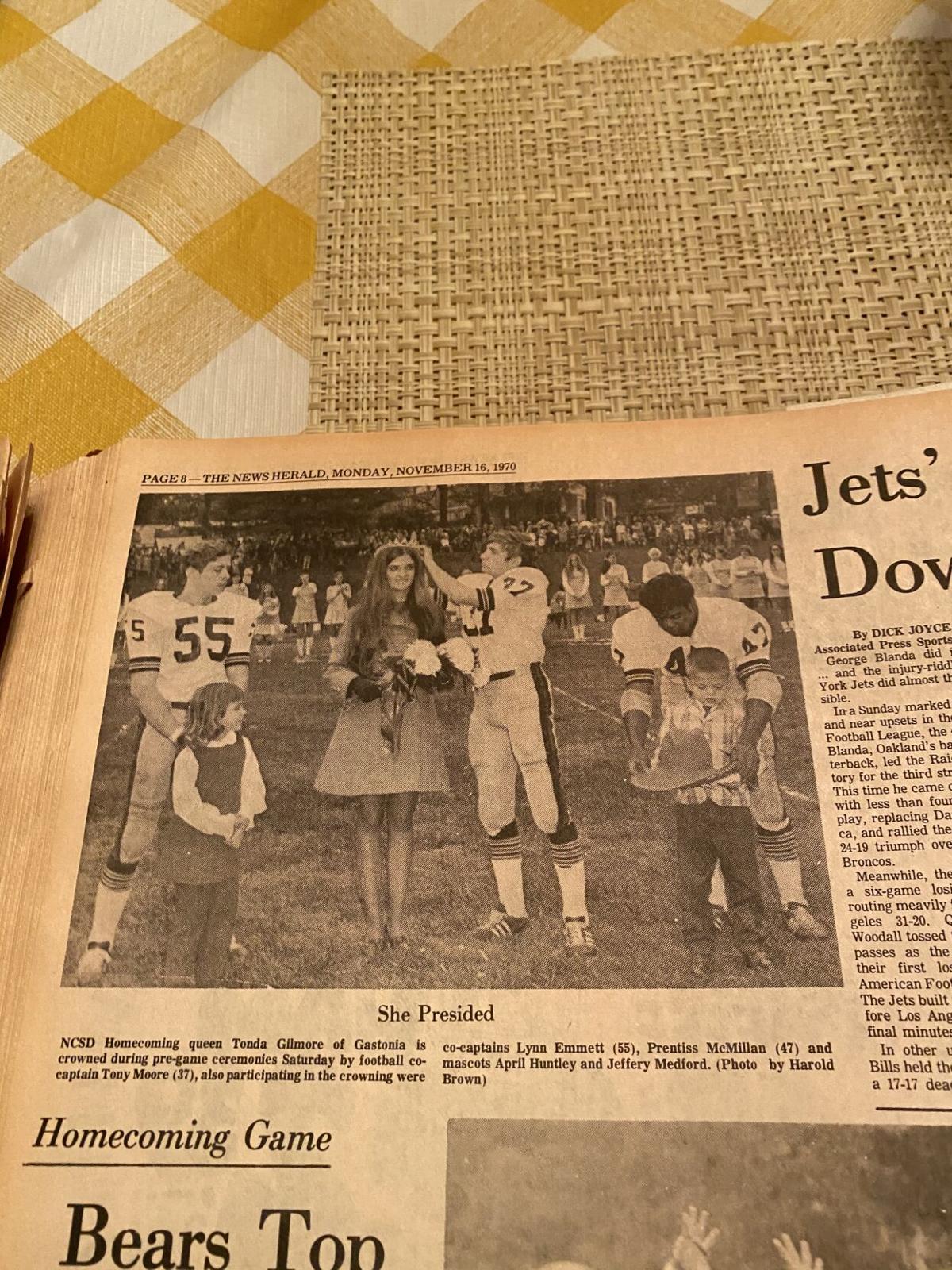 Tonda Gilmore was crowned homecoming queen at the North Carolina School for the Deaf 50 years ago. 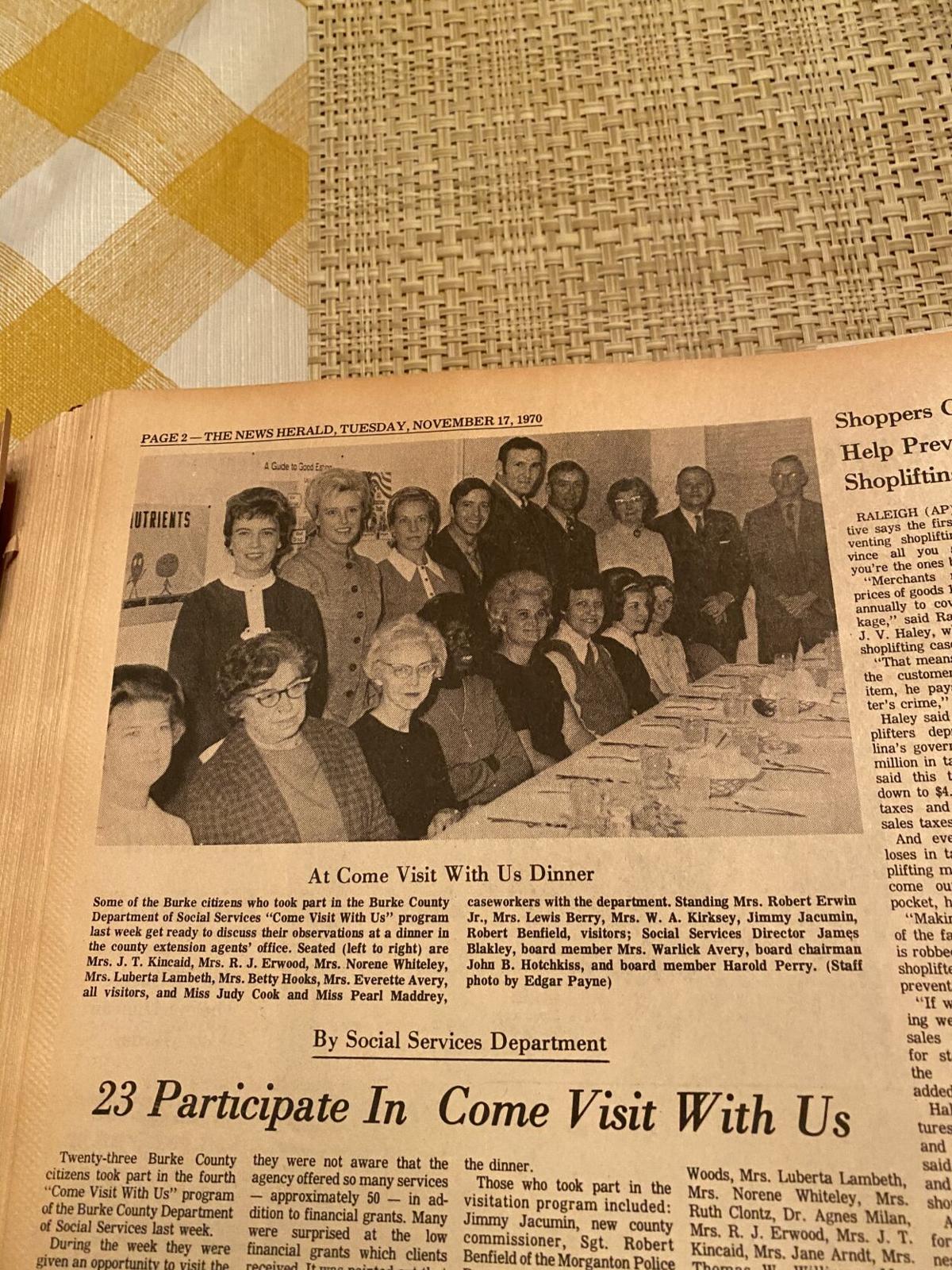 The Burke County Department of Social Services held a "Come Visit With Us" program 50 years ago. 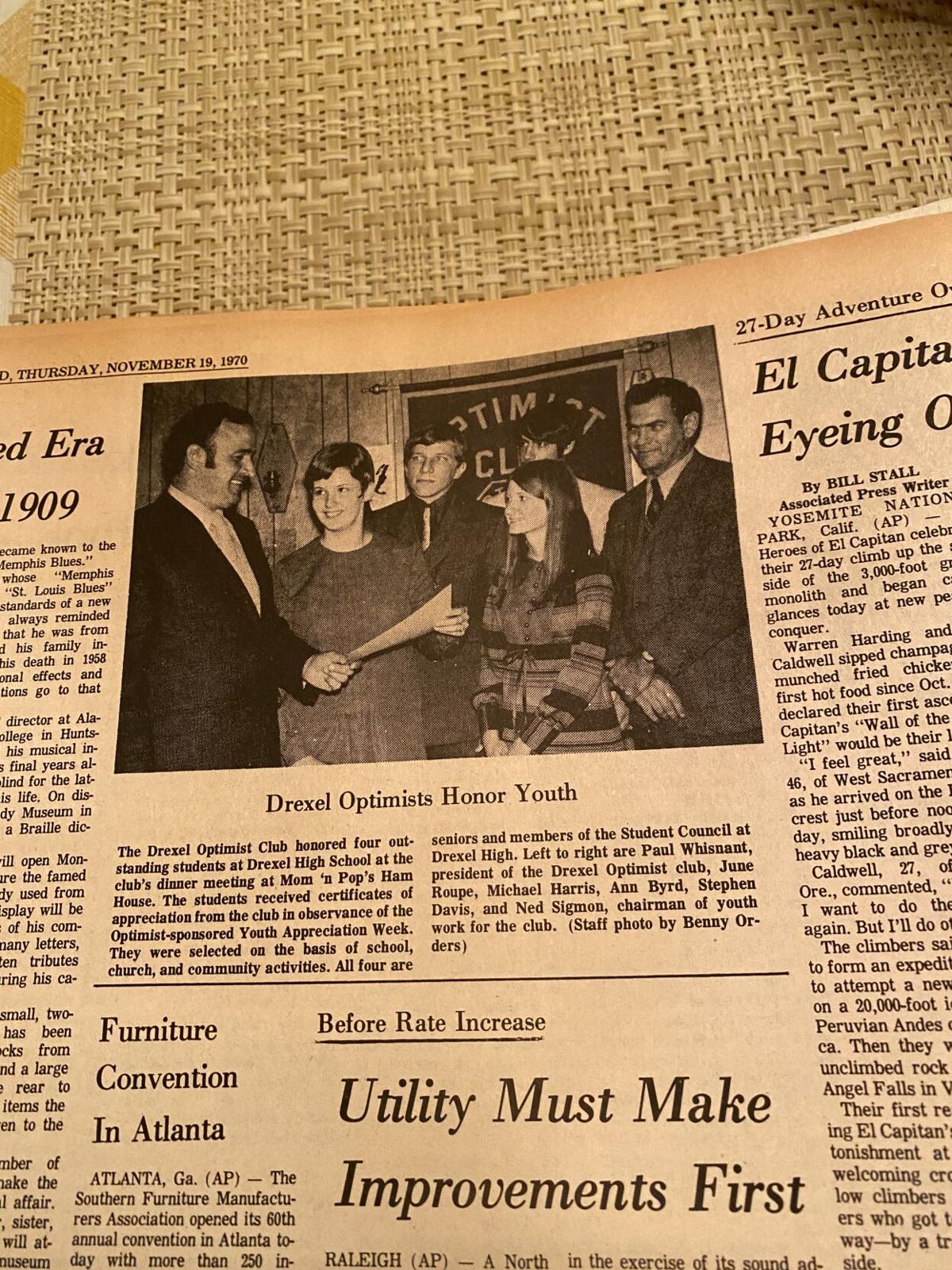 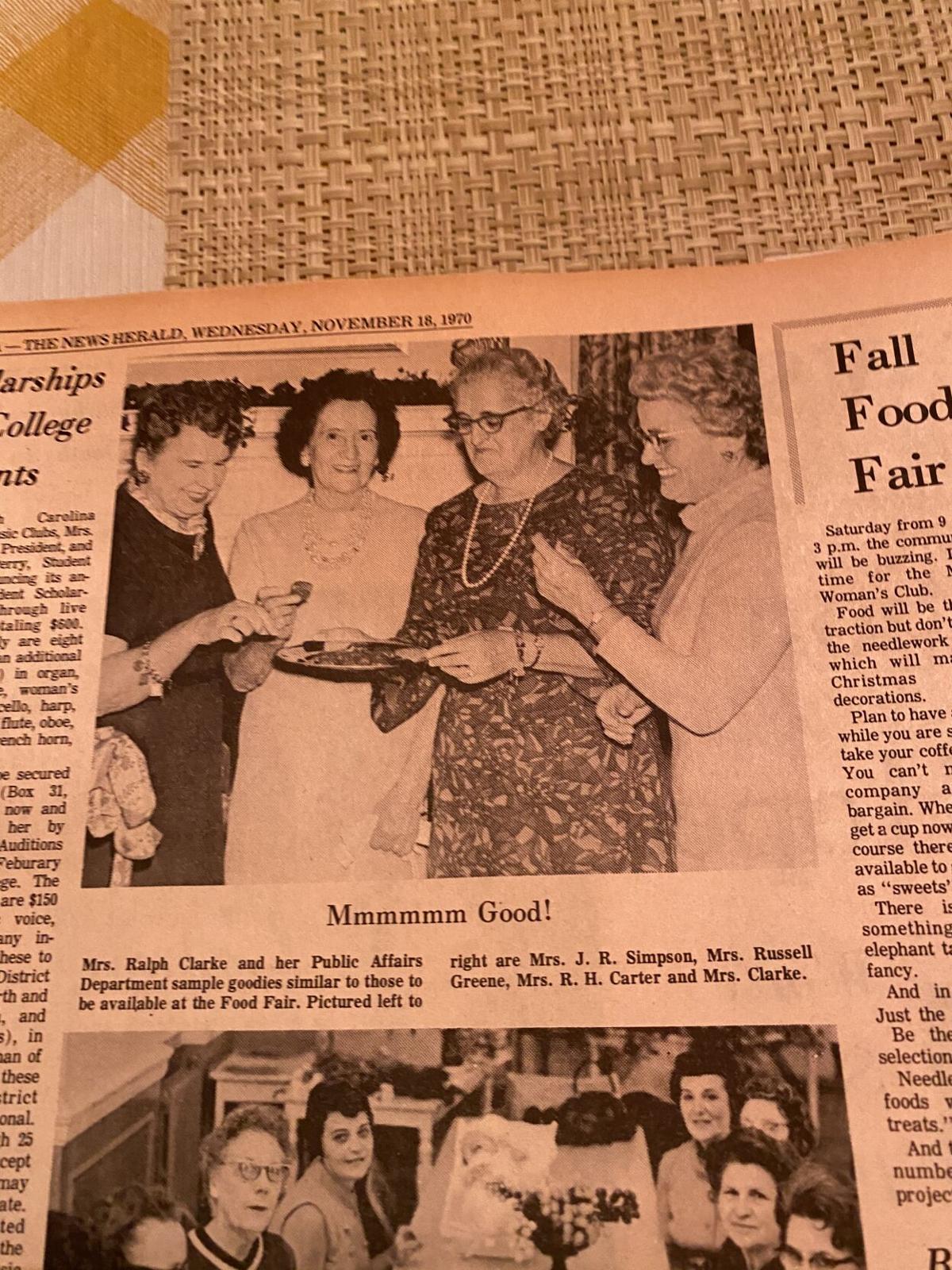 Mrs. Ralph Clarke and her Public Affairs Department sample tasty treats in anticipation of the upcoming Food Fair 50 years ago.

A record-breaking membership drive for the Burke County chapter of the North Carolina Symphony Society brought praise for Mrs. John I. Barron, general chair, and other campaign volunteers.

S.R. Cheslock, chapter president, said the 1970 enrollment set a new high mark in fundraising and number of members, but was conducted in the shortest period of time.

Barron and her co-workers closed out the membership drive in five weeks, and it is not recalled that this has ever been done before in such a small amount of time.

Elam S. Epley celebrated his 90th birthday with a dinner at the home of Mrs. Ray Hipps, a stepdaughter with whom he makes his home. Epley has no children of his own, but has six other stepchildren: William Denton of Columbia, South Carolina; Carrie Hicks of Hillsboro, Oregon; Mary Jo Black of Charleston, South Carolina; and Preston Denton, Irene Williams and Mamie Seawell of Morganton. He enjoys 19 step-grandchildren and one step-great-grandchild. He was 90 on Nov 5.

More than 150 gold-filled medals, ribbons and certificates of achievement will be presented to Burke County 4-H Club boys and girls at their annual awards banquet program Friday night at Morganton High School.

Four gold-filled medals, provided by national sponsors of 4-H projects, are given annually in each area program.

Flimflammer scams woman out of $80

Sheriff’s deputies learned this morning that an older woman who lives off of Old N.C. 18 South has been flimflammed out of $80 by a supposed sewing machine salesman, who took her money and did not return with her merchandise last Thursday. Officers said the salesman told Mrs. Donnie Butler that he had to leave and get some parts for the machine that he had already sold to her, but did not return and took the machine with him. The Sheriff’s Office advises that people do not let sales representatives into their residences without asking them to produce proper credentials.

GREENSBORO — A milk price war raging in 20 Piedmont North Carolina counties for more than a month has lowered prices in some stores to as little as 89 cents per gallon, compared to $1.26 elsewhere in the state. The state Milk Commission heard arguments Monday for and against a proposal that it regulate prices and indicated it may reach a decision within 30 days.

United Dairies, an organization of dairy farmers based in Forsyth, Alamance and Guilford counties, asked the commission at the public hearings to fix minimum prices at all levels.

Max Hovis, Greensboro general manager of United Dairies, said the price will trigger a chaotic market throughout North Carolina. He said United Dairies has lowered its price to 99 cents to meet competition, and unless the price war is stopped, United Dairies will go out of business. Losses from selling milk below wholesale prices causes higher prices on other dairy products, such as butter and cheese.

Communications: Airman Harold T. Jones of 16 Dogwood Drive in Rhodhiss has completed basic training at Lackland Air Force Base in Texas. He has been assigned to Keesler Air Force Base in Mississippi for training in the communications field. Airman Jones is a 1966 graduate of Granite Falls High School and attended N.C. State University at Raleigh.

Tonda Gilmore was crowned homecoming queen at the North Carolina School for the Deaf 50 years ago.

The Burke County Department of Social Services held a "Come Visit With Us" program 50 years ago.

Mrs. Ralph Clarke and her Public Affairs Department sample tasty treats in anticipation of the upcoming Food Fair 50 years ago.