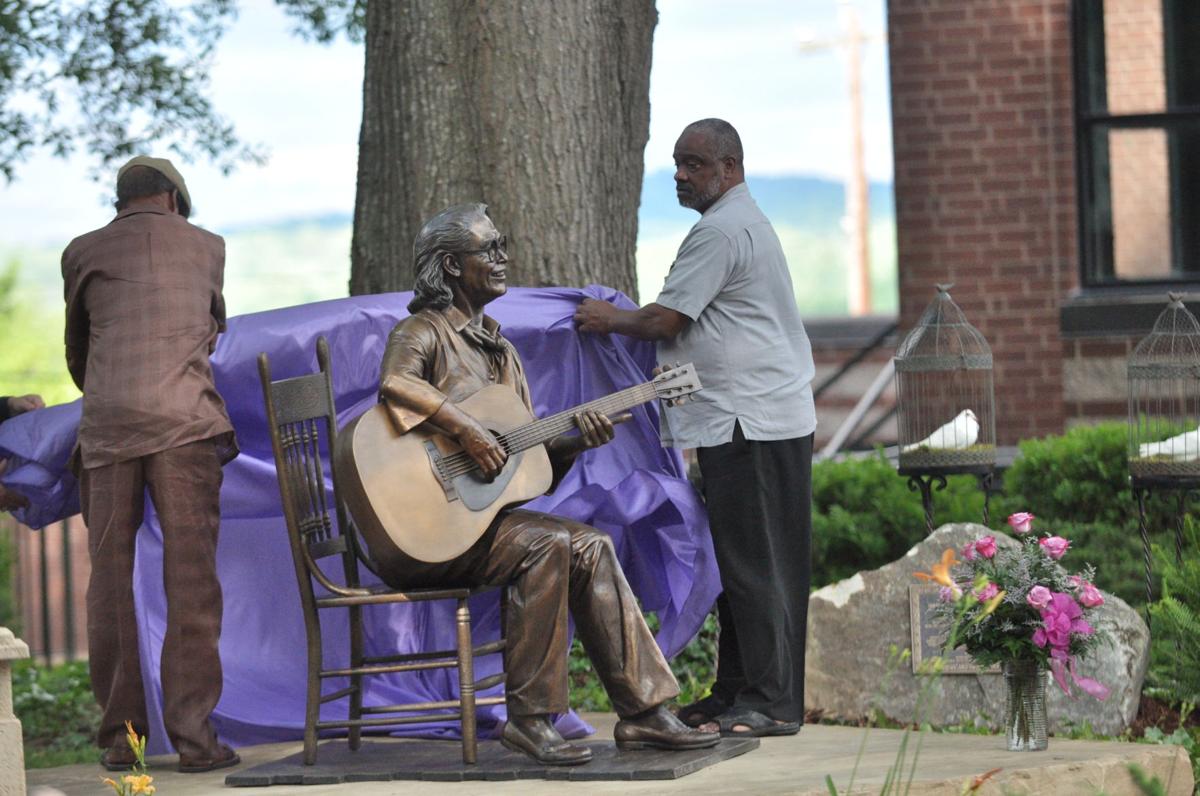 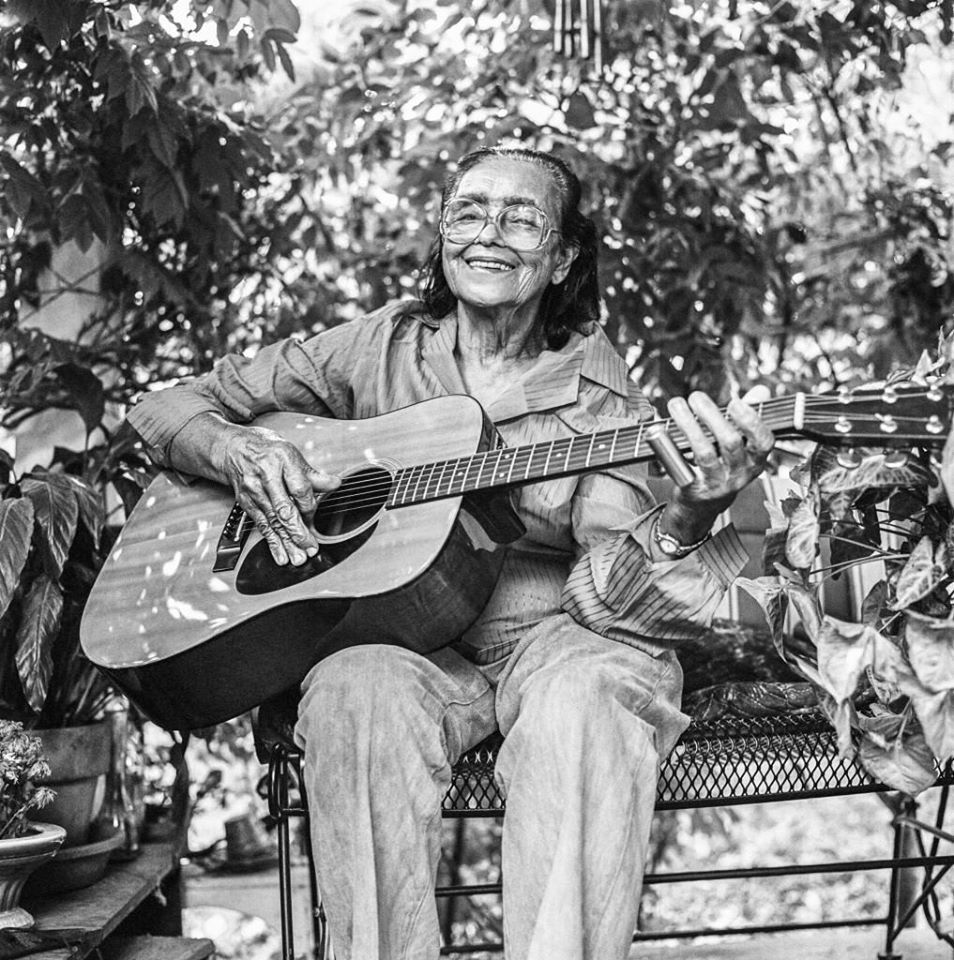 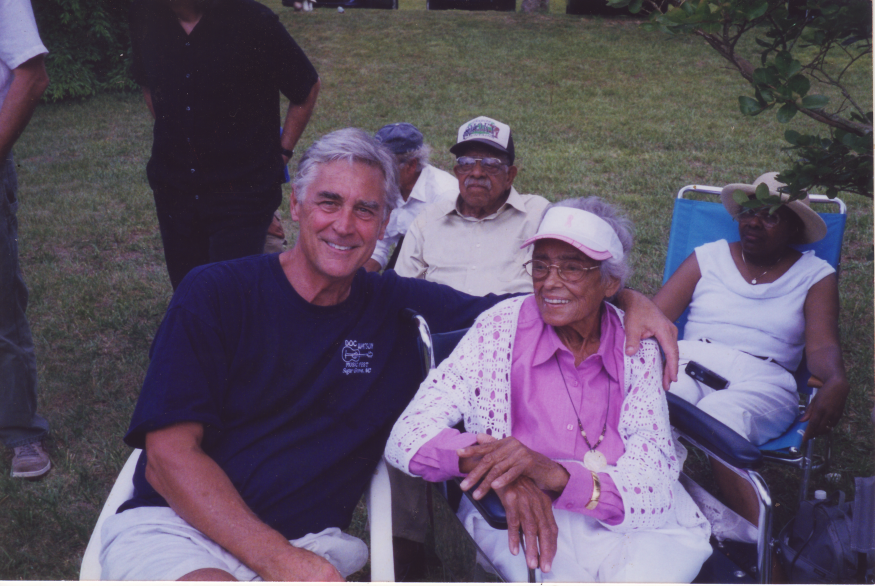 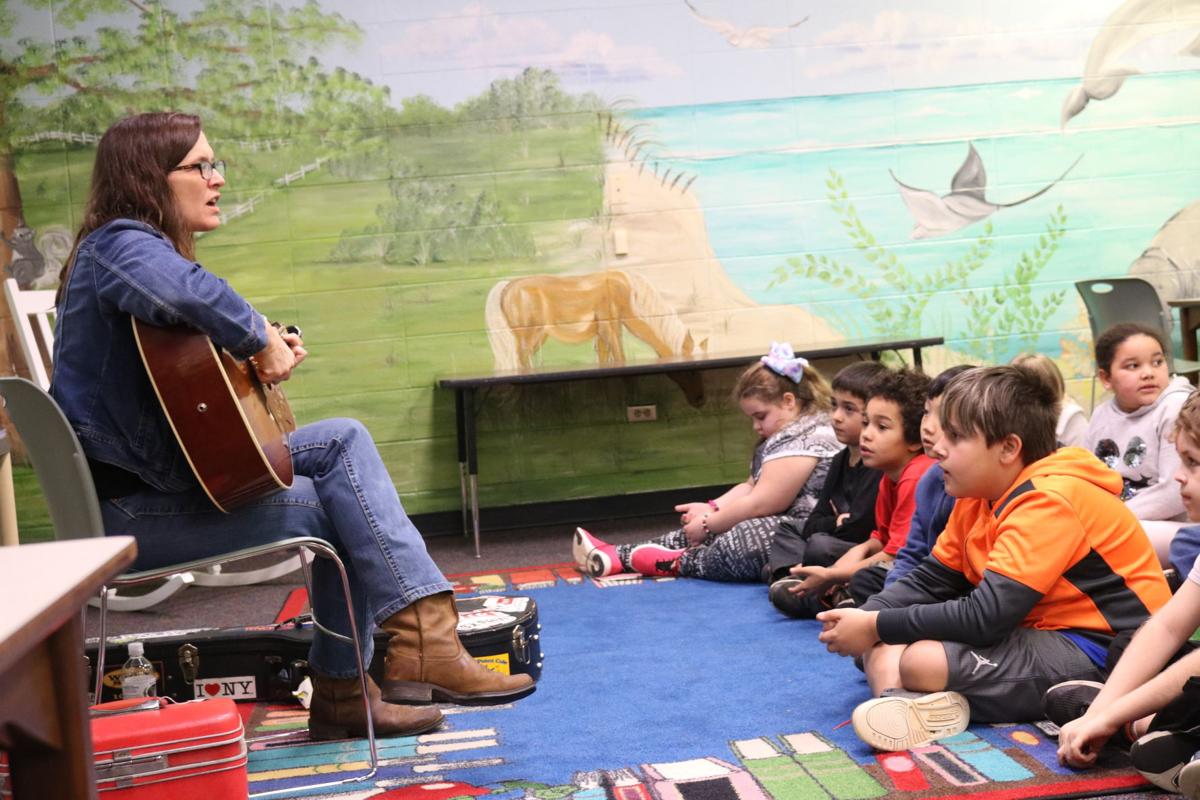 Children listen as musician and music teacher Laura Blackley plays her guitar during a 2018 class about Etta Baker, a talented, local blues musician.

Editor’s note: During the month of February, in honor of Black History Month, The News Herald is highlighting local African-Americans who have dedicated themselves to serving their communities and distinguished themselves as leaders in Burke County or abroad.

A humble factory worker who used to call Morganton home became an icon of blues guitar music during her golden years.

The late Etta Baker was born March 31, 1913, in Caldwell County, according to her biography. Her father, Boone Reid, taught her how to play guitar in the “Piedmont blues” style when she was just 3 years old. The Piedmont blues style uses a ragtime rhythm, which differentiates it from other types of blues music.

As she grew up, she learned how to play six- and 12-string acoustic guitar and the five-string banjo. Her seven siblings also played instruments, and family members sometimes performed together at public events, such as dances.

Baker described what it was like to grow up in a house filled with music in a guitar lesson video recorded at Wilkes Community College.

“When I hear music, it reminds me of when my father would be up, tuning his guitar in the morning, and mother (would be) in the kitchen making biscuits and coffee and frying ham,” Baker said. “It brings all of that memory back to me. I would always hear my dad, early in the morning. I was tiny, but that music brought me out of the bed. I’d hear my dad playing his banjo, then he would lay it down and get his guitar and start on that. When he got tired of that, he would pick up the violin and play that a while.”

Baker’s father was her only music instructor, and she quickly picked up the unique style of picking using only her thumb and forefinger.

“I watched his hands, where he put them, and I would lay my guitar (flat) and would do my three chords across from the top,” Baker said.

She said a move to Virginia exposed the family to types of blues music they hadn’t heard before, which influenced their repertoire.

Over the years, Baker worked on a tobacco farm and later in a Buster Brown factory. She married Lee Baker, a piano player, in 1936. The couple had nine children and, at some point, settled in Morganton. But in between working and raising a family, she diligently practiced guitar for an hour in the morning before sunrise, according to a previous News Herald article.

She started to gain recognition for her guitar playing in her early 40s, when folk singer Paul Clayton recorded her performing in 1956, according to her biography. She didn’t become a professional musician until her 60s and didn’t release a solo album until she was 78. The article reports that she recorded an album with famous blues musician, Taj Mahal, performed with fellow famed musician Doc Watson and once opened for Ray Charles.

She received several recognitions for her work, including:

She also was nominated for several Blues Music Awards in the traditional blues female artist category in 1987 and 1989, and her album “Railroad Bill” was nominated in the acoustic album category in 2000, according to her biography.

Her legacy lives on in Burke County. Local schools celebrated “Etta Baker Week” in 2018. Music teacher Laura Blackley gave a presentation about Baker and played some of her music to third-grade Burke County Public Schools students.

“She is an American treasure,” Blackley said in the article. “If there is anyone who represents a state’s heritage that we can be proud of, it is people like (Etta).”

Some of Baker’s personal effects are on display at CoMMA in Morganton, and a statue of Baker created by sculptor Thomas Jay Warren graces CoMMA’s grounds, a reminder to local residents of Baker’s dedication to the blues and stellar music career.

“We are so excited that Etta Baker’s legacy will live on for future generations,” said Morganton Mayor Ronnie Thompson during the statue’s dedication.

In the early 1960s, in my all-white elementary school, my class studied India’s caste system, and I thought how awful it was, and how foreign …

During past decades, the National Forest Service and partner agencies have documented dozens of ancient Native American rock art, petroglyphs …

Long files for mayor of Valdese

Children listen as musician and music teacher Laura Blackley plays her guitar during a 2018 class about Etta Baker, a talented, local blues musician.