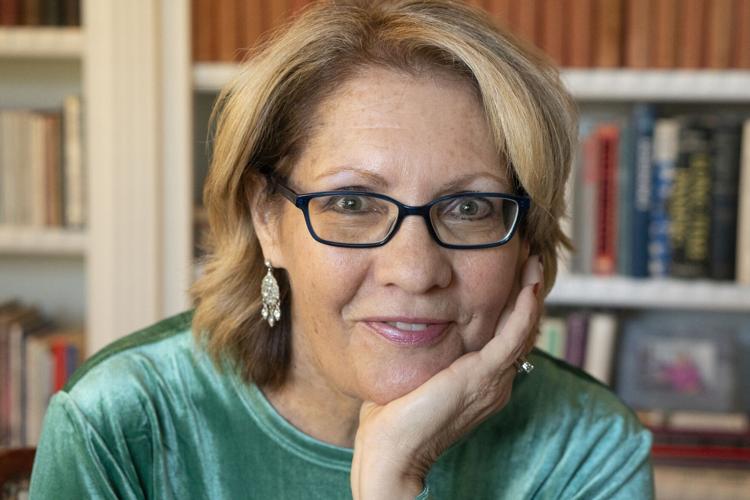 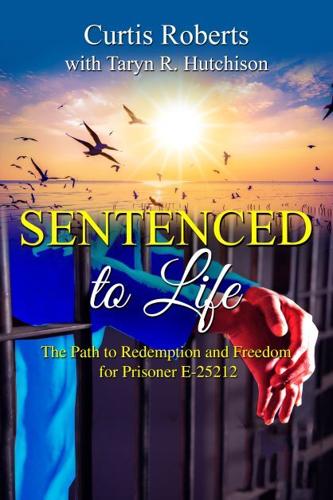 How does a man end up with a life sentence for stealing $116, and what does this say about the criminal justice system, prejudice, redemption and faith?

Morganton author Taryn Hutchison tackles these questions in her latest book Sentenced to Life: The Path of Redemption and Freedom for Prisoner E-25212.

In 1995, high on drugs and low on cash, Curtis Roberts walked into a liquor store in California, spied two $20 bills lying on top of an open register and pocketed the bills. He had just committed his third strike. The judge sentenced him to 50 years to life and Roberts became number E-25212, a lifer in California’s Department of Corrections.

Hutchison, who wrote the new volume along with Roberts, tells the riveting story of a man who served 29 years in prison for three unarmed robberies totaling $116. Roberts claims God set him free long before his eventual release from San Quentin. According to Hutchison, Roberts' journey is one of faith, redemption and unexpected grace.

Hutchison met Roberts while he was still serving his sentence in San Quentin Prison.

“My husband knew him well from prison ministry at San Quentin and I’d met him there a couple times,” she said. “Curtis’ situation was extremely unjust and he is such an endearing person, his story compelled me.”

She said Curtis first approached her with the idea for a book in 2008.

Hutchison said the book does not shy away from some of the criminal justice reform issues connected with Roberts’ story.

“It’s a call to action,” she said. “Three Strikes reform is something that was on the California ballots for decades, but I think everyone will understand the need for criminal justice reform after reading this.”

Even more so, however, the book focuses on the personal and spiritual lessons that can be gleaned from Roberts' story. Hutchison said his story challenges readers to confront the way we view people and the stereotypes we hold, particularly against felons and prisoners.

“I quote Curtis saying that people tend to think prisoners are all monsters,” she said. “He said ‘he’s not a monster; just a stupid idiot who did drugs and stole money…’

“He’s a human being. His humanity is the essence of the story.”

Roberts’ faith that God never abandoned him, even in the darkest moments, is another key takeaway from the book.

"Even in the darkest of circumstances, and Curtis had some very dark ones,” she said. “God is there. And he cares.”

Tackling a story like this is a bit of a departure for Hutchison who has released two books prior to Sentenced to Life. Her first volume, We Wait You, is a memoir of her 10 years living in Eastern Europe and her second, One Degree of Freedom, is a young adult historical fiction novel set in Cold War Romania.

“All three of my books are very different,” she said. “Yet they share two common bonds. They’re all stories of oppressed people in their quest for freedom and I will only write about something I’m passionate about.”

Sentenced to Life: The Path of Redemption and Freedom for Prisoner E-25212 by Curtis Roberts and Taryn R. Hutchison was released Wed. Oct. 19. Hutchison will hold two book release events in Morganton. The first will be Thursday, Oct. 27 at 7 p.m. at Gateway Bible Church and the second Wednesday, Nov. 9 at 6 p.m. at Adventure Bound Books.

A woman accused of letting miniature horses starve has been charged with more than 20 counts of animal cruelty and more horses have been seized.

VALDESE — Work on the old post office in Valdese is underway to turn it into a butcher shop and restaurant. Contractors have been working insi…

Man dies after being hit by truck on interstate

A man died Friday morning after he was hit by a pickup truck while walking on Interstate 40.

After reviewing our financial condition with staff and the town’s independent auditors, I am pleased to report that the town is maintaining a …

The Friends of Fonta Flora State Trail's "Hike & Learn" series highlights the trail sections that are on the ground and educates the community about how the sections came to exist:

Five new officers with the Morganton Department of Public Safety recently were sworn in at Morganton City Hall.

Morganton gets grant for co-working facility

Remote workers who live near the city of Morganton soon will have a new place to gather.

The line of royal succession explained with new baby news