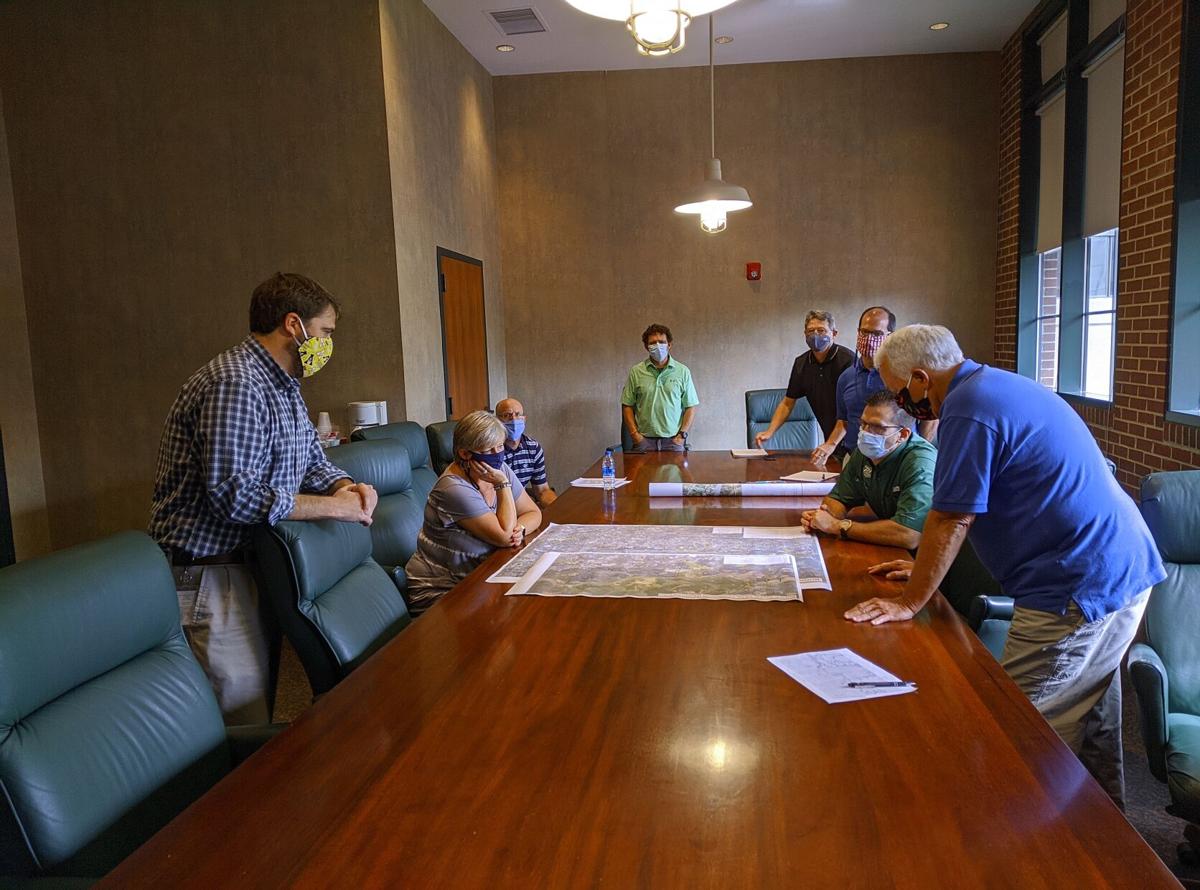 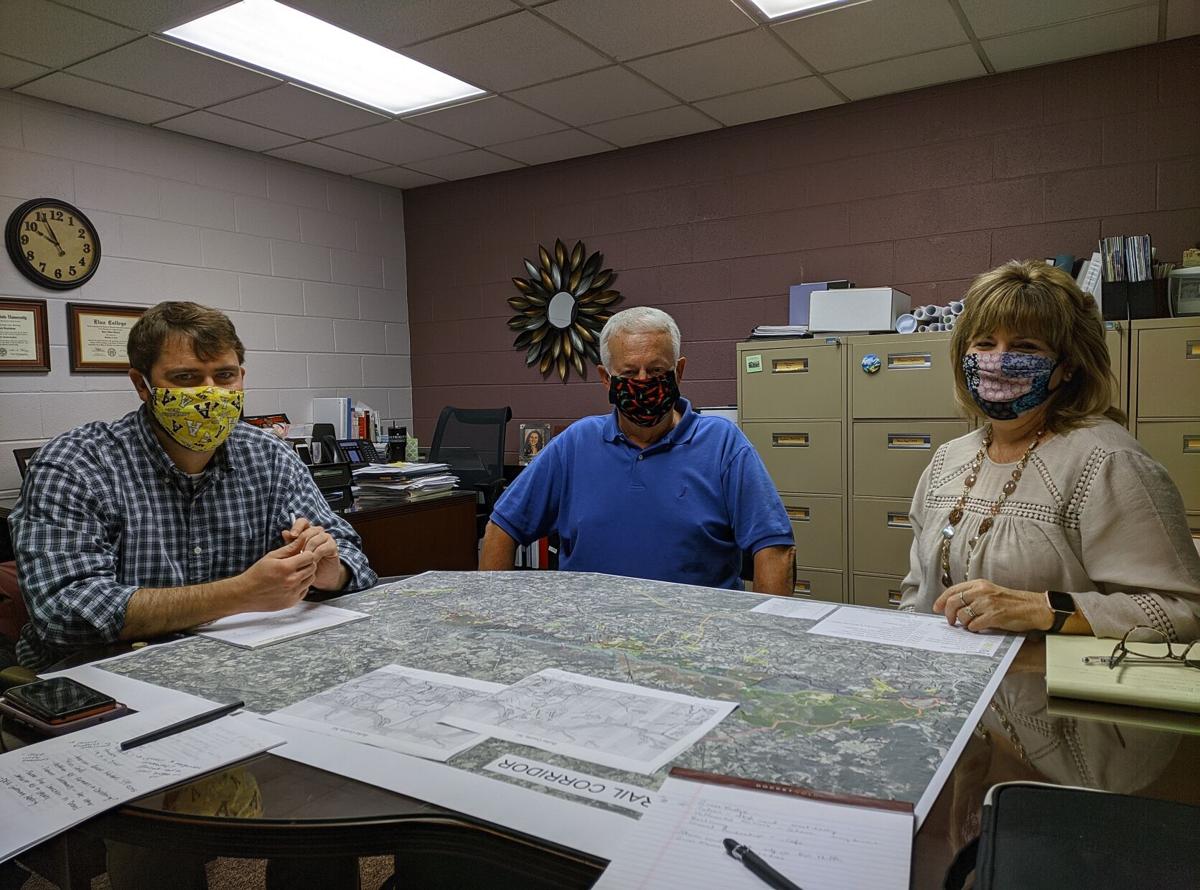 Pictured (from left) are Todd Stroupe, a GIS analyst for the Western Piedmont Council of Governments; NC Rep. Hugh Blackwell (R-86) and Drexel Town Manager Sherri Bradshaw. Not pictured is Beth Heile, president of the Friends of the Valdese Rec.

Representatives of the Burke River Trail project planning team recently met with Morganton City Manager Sally Sandy to discuss the possibility of including a portion of the trail as part of an expansion of the Catawba River greenway.

Heile said the city of Morganton had explored the idea of expanding the Catawba River Greenway to the east in the past, and Sandy’s staff was full of ideas and route suggestions. The greenway continuation is in line with the Burke River Trail that Blackwell is spearheading with the goal of improving the health of citizens and local economies.

From the greenway’s Rocky Ford access, stakeholders participating in the WPCOG’s trail feasibility study had been weighing the options of taking the trail north or south of the river. Just before the meeting with Sandy, Heile spoke to a representative with the North Carolina Wildlife Resources Commission and learned that taking the trail across state game lands on the north side of the river would not be allowed. With north no longer an option, it was welcome news that Morganton supported a southern route.

Michael Berley, project manager of the engineering and design division of the city of Morganton, suggested that the Burke River Trail be a true extension of the Catawba River greenway and thus carry the name for the entire proposed route of the approximately 25 miles.

“Using the Catawba River greenway name instead of Burke River Trail would facilitate in marketing the trail as a substantial recreational draw for tourists and those looking to relocate,” Sandy said.

Heile said she likes the idea.

In Drexel, the team met with Town Manager Sherri Bradshaw. As a way to showcase downtown, a connector path from the river to Main Street was considered as a route for hikers to catch a bluegrass jam session at the famous Drexel Barber Shop and relax at Downtown Park. From there, Howard Creek could be a possible return path. The town of Drexel is currently working to clean up the old Drexel Heritage Furniture site on Main Street for future development. Having access to a regional trail will be a quality of life feature to entice manufacturers to choose Drexel. Bradshaw said she is excited for Drexel to be a part of the trail discussions and is willing to host a socially distanced in-person meeting for stakeholders at the R.O. Huffman Center when the time is right. Since July, meetings have been held online due to inside gathering restrictions. The goal is to reveal the final trail corridor to the public with a display of maps and discussion.

Stroupe will take the route suggestions from these meetings and update the proposed trail corridor.

“After meeting with the municipalities, the trail is shaping up,” Stroupe said. “We started with several locations on a map, and the route's alignment is becoming easier to see.”

Charlotte Eidson is the new executive director of Morganton nonprofit Meeting Place Mission, the organization’s board of directors recently an…

Imagine a horse so versatile it can tackle almost any task — lessons, trail riding, pulling carriages, jumping, tracking — all while sporting …

Pictured (from left) are Todd Stroupe, a GIS analyst for the Western Piedmont Council of Governments; NC Rep. Hugh Blackwell (R-86) and Drexel Town Manager Sherri Bradshaw. Not pictured is Beth Heile, president of the Friends of the Valdese Rec.