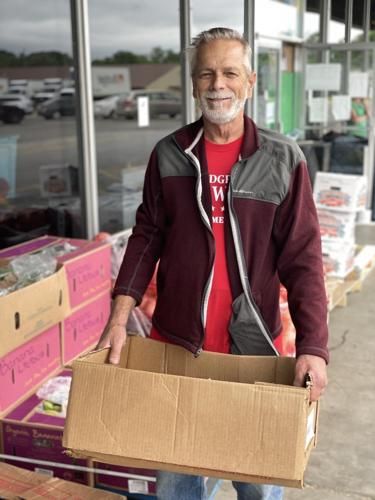 Robert Abernathy volunteers in the food warehouse at The Outreach Center in Morganton. 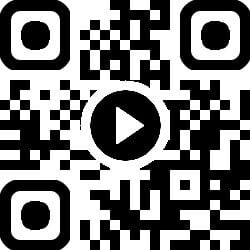 VIEW: To see a video featuring all of this year’s N.C. Governor’s Volunteer Service Award winners for Burke County, just point your smartphone camera at the QR code, then tap the link. 

This article is part of a series of feature stories highlighting the work of all the Burke County volunteers who were honored with a NC Governor's Volunteer Service Award this year.

A local retired construction worker who gave himself a mission to help others in the community has received statewide recognition for his efforts.

Robert Abernathy has been honored with a North Carolina Governor’s Volunteer Service Award for his work with The Outreach Center, a nonprofit ministry in Morganton that provides a variety of assistance to people in need in the community, including a weekly food distribution.

“I like to work,” Abernathy said. “I don’t like to be at home. I decided I needed to get out and do something to help someone else.”

Abernathy grew up in the Antioch community of Morganton and graduated from Drexel High School in 1973. He started out helping his grandfather and uncle with their farms and then worked a variety of construction jobs throughout his life, including with Triangle Contractors.

He said his friendship with Kim Michaels, volunteer supervisor at TOC, through their church, Morganton Church of God, inspired him to sign up as a volunteer with the organization four years ago. He originally worked at the TOC Home Store, and now works in the food warehouse.

“You see a lot of people in need, and it just tears your heart out,” Abernathy said. “We give out food every week, and it seems like the line gets longer and longer.”

Michaels, who nominated Abernathy for the award, noted in her nomination form that Abernathy completes numerous tasks at the center, including driving a forklift and operating a pallet jack to move pallets of food, loading food into cars, breaking down and stacking cardboard for recycling and cleaning the warehouse.

“He even comes in one Saturday a month to supervise and work alongside a group of church volunteers filling boxes of dry goods,” Michaels wrote. “He also supervised some youth who did mission work at TOC this summer.

Abernathy said he appreciates the fact that his volunteer work allows him to make a positive impact in people’s lives.

“I think we’re doing a great thing for the community,” he said. “I just really want to give back, because there are a lot of people who were good to me when I was coming up. It makes me feel good when I help somebody else, because I know it made me feel good when people helped me. I didn’t realize it when I was young and dumb, but now that I’ve grown up, it’s a lot different.”

“I was knocked down when I heard it,” Abernathy said. “I was excited. I’ve never been presented with anything like that. It blesses my heart.”

“Robert is a valuable member of the TOC warehouse team,” she said. “We love him and can’t possibly thank him enough for all he does.”

He noted that the appreciation is mutual.

“They’re nice people, and they’ve been good to me,” Abernathy said of the ministry’s staff and fellow volunteers. “They’re friends and family now since I’ve been up there.”

He encouraged people to consider volunteering in their communities.

“If anyone is at home and don’t have a whole lot to do, that they should get out and volunteer and help others, especially in the times we’re in right now,” Abernathy said. “You can’t reach nobody at home.”

Most days, 911 telecommunicators deal with traumatic and life and death calls.

A man died after a crash north of Morganton early Sunday evening.

A woman has died after a mid-July crash in Morganton.

Burke County commissioners have identified the land that will be the home of a new animal shelter and has seen proposed shelter designs.

The Burke County Board of Education will meet Monday, Aug. 8 at 6 p.m. at the Olive Hill Resource Center for a work session.

State issues back to school vaccination guidance for parents

VALDESE — The town council and residents gave a former councilman an official send-off with a reception and key to the town.

Still Walkin’ celebrates 'The Days Between'

Robert Abernathy volunteers in the food warehouse at The Outreach Center in Morganton.

VIEW: To see a video featuring all of this year’s N.C. Governor’s Volunteer Service Award winners for Burke County, just point your smartphone camera at the QR code, then tap the link.