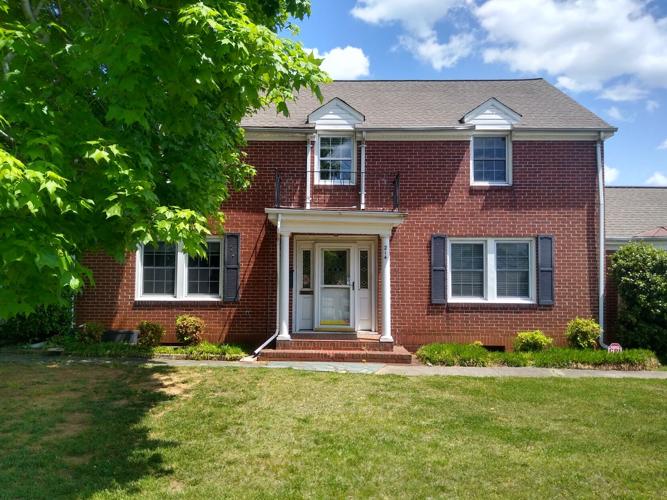 Pictured is 214 Avery St. in Morganton, which will be the future home of “Brighter House,” a planned mental health clubhouse. 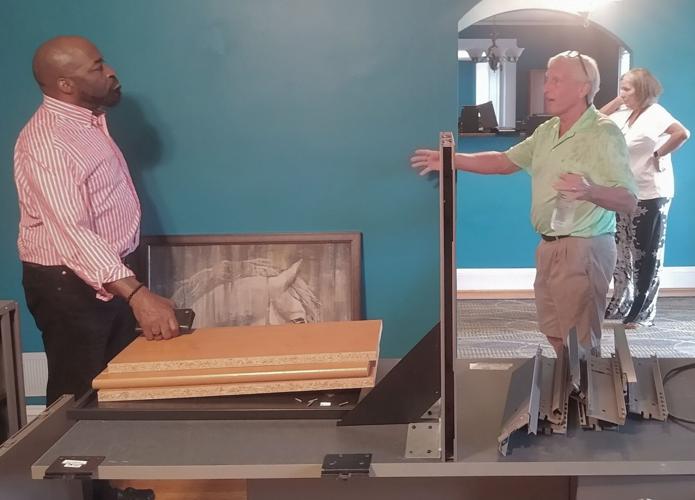 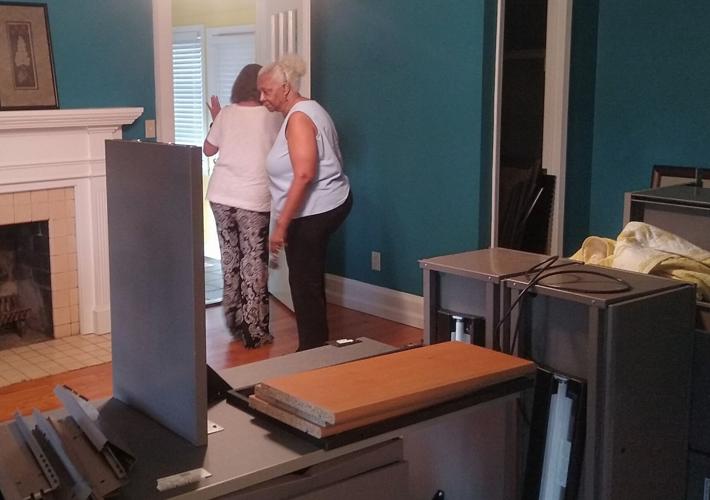 A Morganton nonprofit is one step closer to opening its doors to local residents living with Schizophrenia, bi-polar disorder and other severe mental illnesses.

When it opens, Brighter House, a mental health clubhouse, will provide people living with severe, no-fault brain diseases the support they need to thrive and opportunities to belong and give back to a community. In existence for more than 70 years, the clubhouse model has been demonstrated to dramatically reduce rates of homelessness and criminal justice involvement among those with mental illness. It also eases the burdens on a community’s infrastructure by drastically reducing crisis hospitalization rates.

In a board meeting on Thursday, July 28, at Food Matters Market, Eddie and Sherri McGimsey, who have spearheaded the project since its inception, told board members they are almost ready to begin the process of looking for a director. Board members then discussed qualifications, compensation and a timeline for bringing someone on board.

“The goal is to have about $300,000 to $350,000 so we have a year’s worth of operating expenses first,” Eddie McGimsey told the board, explaining why he is not ready to commit to a certain date by which Brighter House would have someone in place. “We don’t want to hire until we are sure we’ll be able to fund the position.”

Sherri McGimsey told the board about several recent monetary donations and a donation of furniture and office equipment that has already been moved into the property at 214 Avery Ave. After the meeting, board members went across the street to tour the property.

For the McGimsey’s, creating a place where people suffering from serious mental illness can find support and hope is personal. In an interview with The News Herald, Sherri said her son, Matthew, was diagnosed with a Schizoaffective disorder in 2007 after returning home from serving in the military.

“He was honorably discharged, he tried to go back to school, he tried to go to work and then he had a major psychotic break,” she said. “I had no clue what we were dealing with.”

Matthew was attending N.C. State when it became clear his parents were going to have to intervene.

“Eddie had brought him home from school,” Sherri said. “It shocked me when he brought him home because he was so emaciated. He probably had been in this state for a long time and we didn’t know it.”

Sherri said Matthew had almost completely lost touch with reality and did not even know he was sick.

“It was literally like he had created this whole world exactly how he wanted,” she said. “He was so out of touch with reality it was frightening.”

With the help of a sheriff’s deputy, Sherri was able to get her son committed.

“He talked Matt right into it,” she said. “He was so kind … I am a firm believer that there are angels on earth that show up when you need them.”

Over the next several years, Matthew was in and out of treatment at the VA hospital as well as several other inpatient hospitals. Sherri said while she is thankful for the caring doctors who worked with him, it quickly became evident the mental health system is broken.

“That first week, they literally kept him for one week and they sent him home with one prescription that cost 900-and-some dollars,” she said. “He had no insurance; he had just been to school. He was 29-years old.”

Fortunately, the McGimseys were able to absorb some of the cost of Matthew’s treatment, but she knows many other people who cannot afford the treatment they need.

Sherri characterized living with a mental illness as a Catch 22, saying Matthew can’t get insurance to pay for treatment without a job but has no hope of holding down a job that provides insurance without treatment.

For more than a decade, Matthew endured treatment after treatment. At times, he was prone to wondering off and even went through a period when he believed he was the Archangel Michael.

Sherri said he was found a few hours later in Lenoir.

“He had walked all the way to Lenoir without a coat in mid-February,” she said.

Even during periods when he is stable, Sherri worries about the combination of the powerful drugs and the physical effects of Matthew’s illness, which she said can lower his life expectancy by as much as 20 years.

Between the medicine and the years he spent vomiting almost constantly convinced he needed the “throw up the evil” within in, Matthew’s illness has already taken its toll on his teeth.

“They were just totally rotting and falling out,” she said. “I’m determined he’s going to be able to smile again.”

Even if Matthew does beat the odds, his mother worries about what will happen to him when she’s no longer able to look after him. Sherri and her husband are working to put finances into place to continue paying for his treatments after the are gone.

“I have to be three steps ahead and that’s hard,” she said, choking back tears. “If I’m not here, where is he going to be and who will accept him with his diagnosis?”

Today, Matthew has been stable for nearly two years, but his mother knows the battle will never truly be over.

“He’s extremely med compliant but he’s isolated,” Sherri said. “He really has nothing to do and that’s where I want Brighter House to step in – to give him a place he can go where he’s very comfortable and everybody knows him.”

She hopes Brighter House will also fill these gaps for others suffering with severe mental illness.

“They need to give back. He needs something to feel like he has self-worth,” she said. “I love the whole concept … they run that house. They literally come in and they have to pick a job … you are now a club member. This place is yours.”

Most days, 911 telecommunicators deal with traumatic and life and death calls.

A man died after a crash north of Morganton early Sunday evening.

A woman has died after a mid-July crash in Morganton.

Burke County commissioners have identified the land that will be the home of a new animal shelter and has seen proposed shelter designs.

The Burke County Board of Education will meet Monday, Aug. 8 at 6 p.m. at the Olive Hill Resource Center for a work session.

State issues back to school vaccination guidance for parents

VALDESE — The town council and residents gave a former councilman an official send-off with a reception and key to the town.

Still Walkin’ celebrates 'The Days Between'

Pictured is 214 Avery St. in Morganton, which will be the future home of “Brighter House,” a planned mental health clubhouse.