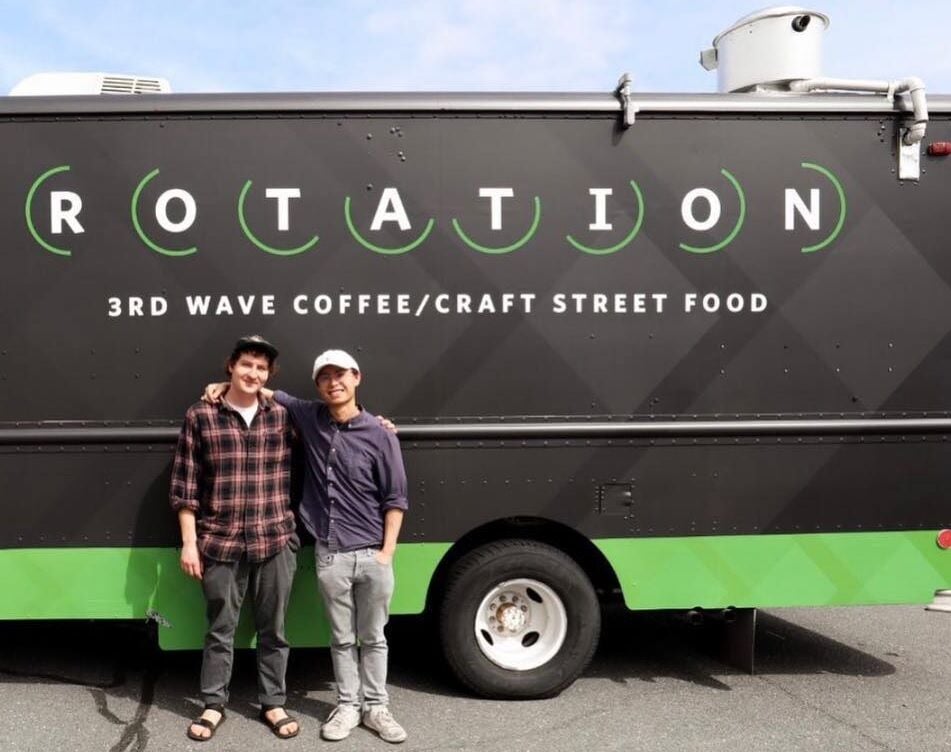 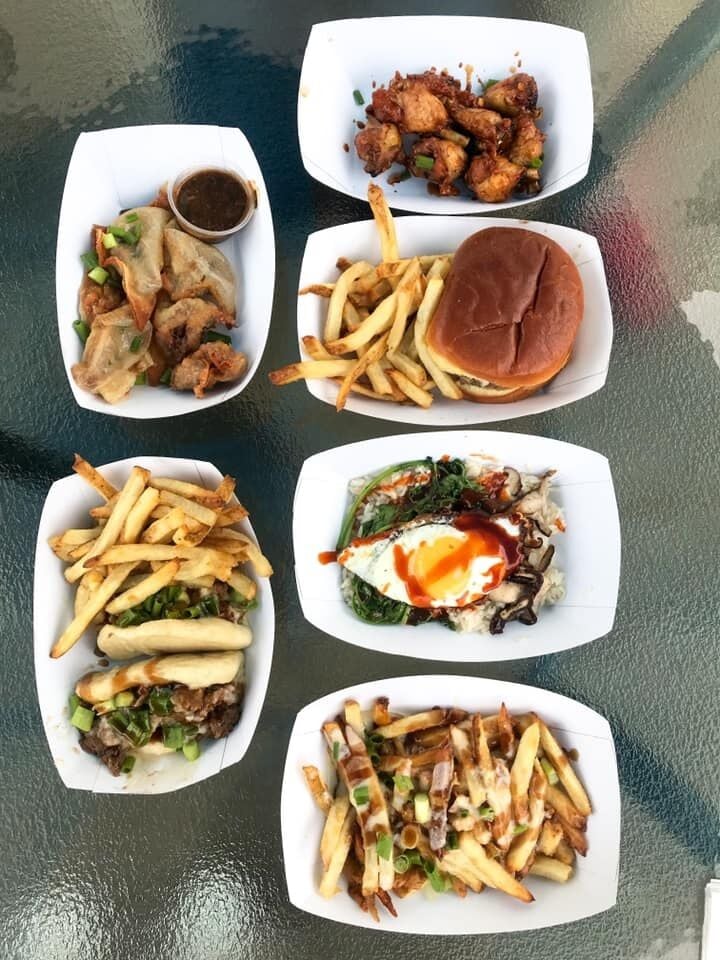 Pictured is one of each item from Rotation's debut menu last Friday.

On Oct. 9, downtown Morganton was introduced to a new food truck dedicated to bringing variety to local patrons.

That day marked the debut of Rotation, a food truck business started by Henry Tran and Caleb Skaar. It also marked a rousing success, as Rotation sold out its entire menu well before closing time.

Tran, who was a barista, and Skaar, who was a cook, met while working at The Grind Cafe and Coffeehouse in downtown Morganton and decided to build their idea around craft street food.

“Friday (Oct. 9) was our first opening day, and things went really smooth,” Tran said. “We got good community feedback from that. We ran out of food before our service time ran out, so that was good. Right now, we’re getting everything prepped up for this coming week.

“It was great (to see) the sheer amount of support that the community gave to us. It was shocking. The other thing was the curiosity for a different type of cuisine was nice to see, as well.”

About 1½ years ago, Tran said he and Skaar started talking about their idea to bring something new to the city, and eventually decided it was a goal worth pursuing. They spoke to Sharon Jablonski, who previously was the director of the Morganton Main Street Department and now is in charge of the city’s new Department of Cultural and Creative Development, and she expressed interest in their idea, too.

“She was interested in setting up more of a mobile street food in downtown Morganton,” Tran said. “After she showed that interest in us doing it, we definitely pursued it. Three or four months from then, we got the truck and started working on financing and the business plan, building everything together and getting up to code.”

“Rotation kind of has two parts,” Tran said. “We’re trying to bring craft street food, and the goal is that we kind of rotate different items here and there from the menu. The major cuisine is more or less a fusion. A lot of it right now is an Asian fusion. It’s Korean-American right now. In the future, we’d like to bring more Hispanic influences and stuff like that.

“The other part of it is that we’d like to serve coffee, hopefully, in the next upcoming months. We’re pushing third-wave coffee, which is more or less focusing on the coffee beans themselves. We’re trying to find fair trade and organic beans. It’s something new.”

While the focus of many food trucks is to embrace one item or style of food and get really good at it, Rotation is tackling the task of getting good at several different items and styles. That task was set upon because Tran and Skaar think it’s a needed idea for the city they’re serving.

“The idea of the food truck built from start to finish is catered around Morganton itself,” Tran said. “Being residents here, we know there sometimes isn’t much of a difference in terms of selection of food. We’re bringing something that people can appreciate just to be able to try. Really, in the future, we would like people to have the same level of interest as they did on (opening day).

“We appreciate that they’d be willing to walk up to the truck and just see it and try it. For this past weekend, we were pleasantly surprised for the Bibimbap (described on the menu as coconut rice, shiitake mushrooms, kimchi, kale, Gochujang sauce and a sunny-side egg). A lot of people couldn’t pronounce it, but they still wanted to try it. We got a good response from that.

“That’s what Rotation is really all about, getting people to try different things.”

Rotation has set hours of noon to 7 p.m. on Wednesdays and Thursdays and 2-9 p.m. on Fridays and Saturdays. The food truck’s location will continue to be near the downtown Wells Fargo bank.

Miss the news this week? Watch our recap of this week's top news stories, and read more at the links in the article.

Pictured is one of each item from Rotation's debut menu last Friday.