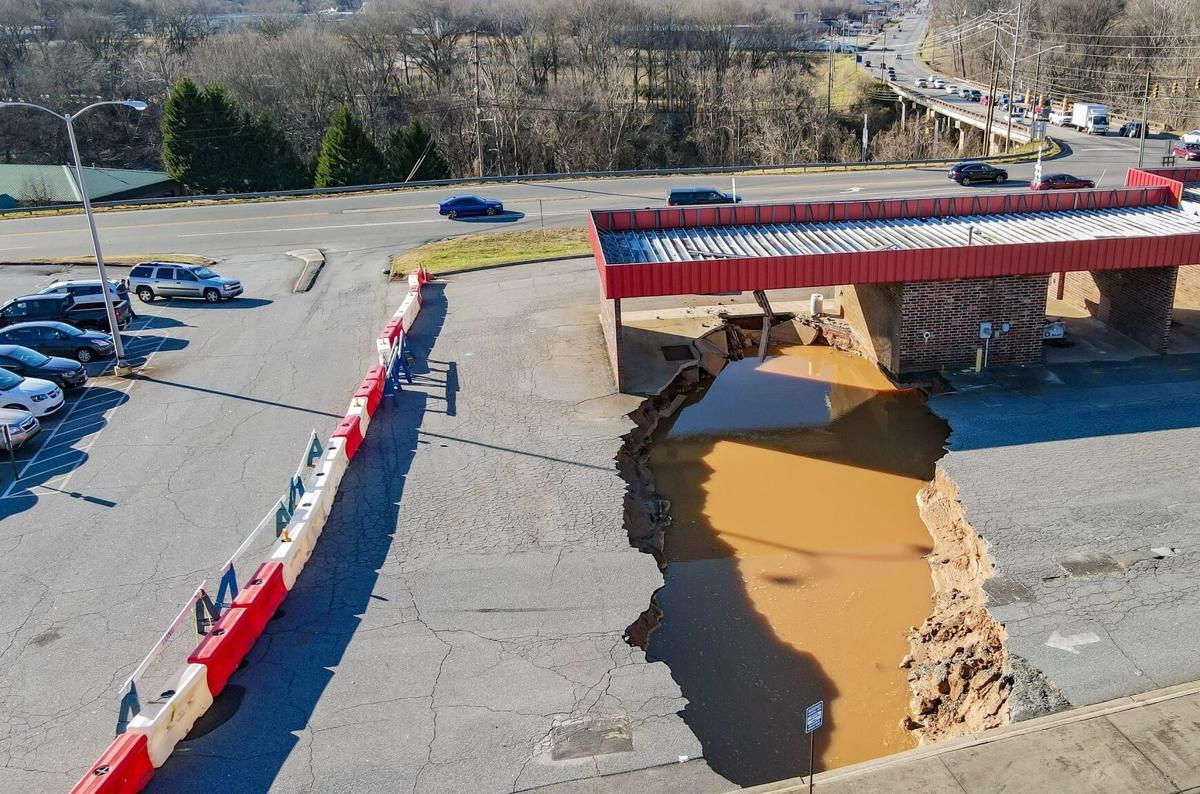 This sinkhole at the Morganton post office and the adjacent carwash has destroyed two bays of the carwash. The U.S. Postal Service says repairs are slated to begin this month. 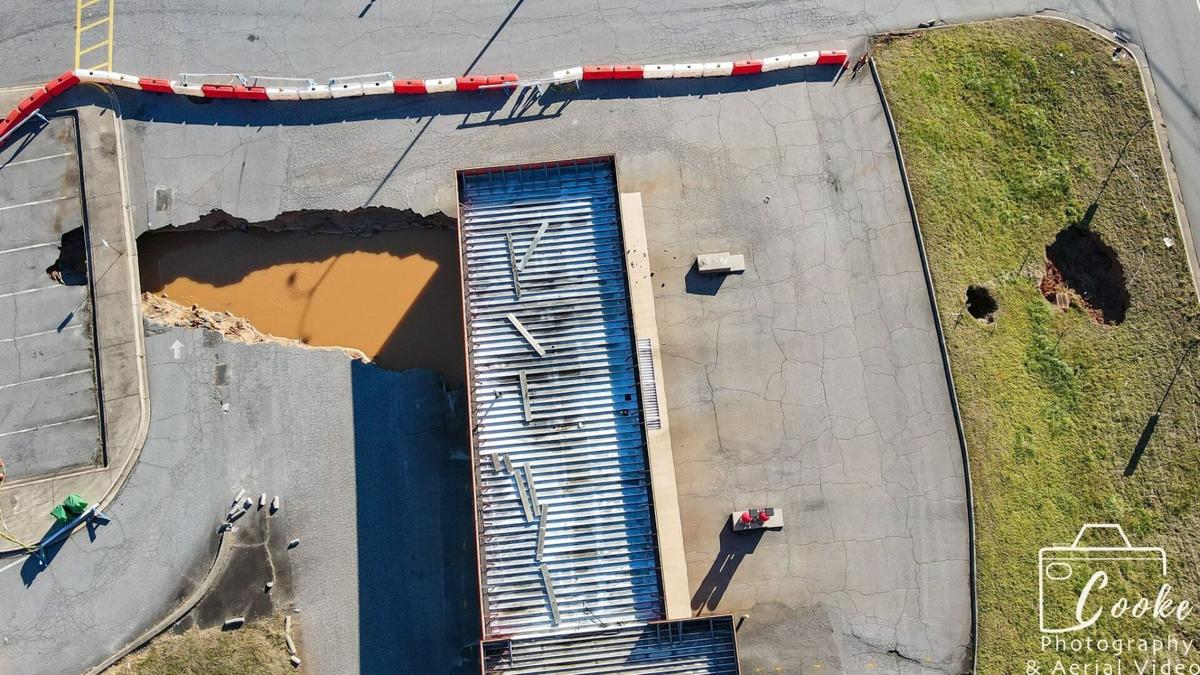 A smaller hole can be seen to the right in the grass next to Sanford Drive.

Nearly two months after a sinkhole opened in the parking lot at the Morganton post office, repairs are set to begin.

“Repairs are scheduled to begin this month and will take place after retail hours,” he said in a statement. “Delivery will continue as usual, and we do not expect any impact to our retail hours or operations.”

Officials with the city said Morganton bears no responsibility for the problem, adding that it is a “private drainage issue” and that a Greensboro engineer was handling the project for the post office.

The sinkhole is near the North Green Street/N.C. Highway 181 entrance to the post office, but N.C. Department of Transportation spokesman David Uchiyama said it is outside the department’s right-of-way and on private property.

Tim Biddix owns the carwash and the property on which it sits, and said the sinkhole is the result of an issue with the post office’s drainage system. The post office owns its property, as well, and the sinkhole lies on both lots.

Biddix said the situation likely will result in demolition of his building, followed by a decision either to rebuild or sell the lot.

“Nobody has ever contacted me and, of course, they haven’t started. We’re not real sure. We’re just kind of on hold. ... There’s probably some miscommunication there or something. But we can’t do anything until they fix their problem, because they’re dumping water down on us.”

In addition to the two destroyed bays, Biddix said the equipment room next to them likely will be gone the next time the area receives a good rain.

The area around the carwash, North Green post office entrance and part of the parking lot remains barricaded off. Additionally, a smaller hole can be seen in the grass between Sanford Drive and the carwash.

Senior royals walk in the Duke of Edinburgh's funeral procession

Did you miss any local news last week? Get caught up with this week's recap.

Repairs to start soon on sinkhole in Icard

ICARD — Repairs are set to start soon on a sinkhole in Icard near an Interstate 40 on-ramp.

This sinkhole at the Morganton post office and the adjacent carwash has destroyed two bays of the carwash. The U.S. Postal Service says repairs are slated to begin this month.

A smaller hole can be seen to the right in the grass next to Sanford Drive.