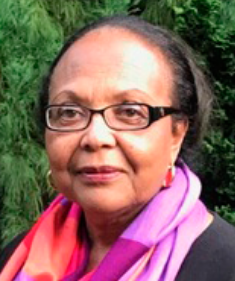 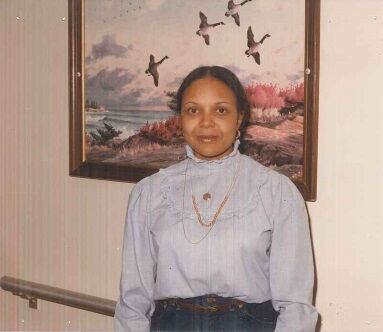 Artie McKesson Logan has served with many community organizations in Burke County during her lifetime.

Editor’s note: During the month of February, in honor of Black History Month, The News Herald is highlighting local African-Americans who have dedicated themselves to serving their communities and distinguished themselves as leaders in Burke County or abroad.

Artie McKesson Logan was the first and only African American woman elected to the Burke County Board of Education.

Logan, a Morganton native, is a licensed clinical social worker and psychotherapist who worked at Broughton Hospital for many years, as well as A Caring Alternative and the Burke County Department of Social Services. She earned a bachelor’s degree in psychology/sociology from N.C. Central University, and a master’s degree in clinical social work from the University of North Carolina at Chapel Hill.

“I felt like there was a need to reach out and help people,” Logan said of her desire to go into social work. “I got great enjoyment out of seeing the end product of things I was involved in. I developed the philosophy of a ‘boomerang effect’ — if you throw it out there, it comes back to you in rewards, and those rewards have been many for me.”

In addition to her work, Logan has devoted herself to community service, serving on about 30 different boards of local organizations over the years.

“I had a mentor, Ms. Betty Ervin, who felt that I had something to offer,” Logan said. “She said she liked the way I would reason out and think and find solutions to problems. She encouraged me at a very early age to get involved.”

“I felt that was a way that I could reach many, many children,” Logan said. “A lot of my work has been with the adolescent division at Broughton Hospital in mental health. I saw special needs children in school and just felt like their needs weren’t being met and that there was a lack of sensitivity to their needs, so I had some ideas and expertise and training and felt I could bring that to the board and target that specific population.”

She is proud that during her tenure on the BOE, the school system increased services for autistic students.

“At that time, I was really the only therapist working with autistic children,” Logan said. “I felt it was an accomplishment to bring more recognition to that specific population and to be instrumental in seeing that programs would meet their needs.”

Over the years, she has found a common theme in helping underserved populations.

“So often, those that don’t have a voice are looked over,” Logan said. “I hear their cries and feel their pain and see their need, and that’s what I try to address. I have found that if I or others can serve as a voice and bring recognition to that population, things can get better.”

Other community boards she has served on include:

“I’ve enjoyed every minute of working and seeing that progress was being made,” Logan said. “I haven’t finished yet. I still have some more energy, and I plan to continue to work in the community. I’d like to send a shout-out: if anybody needs me to get involved in anything, just give me a call.”

Logan retired from state employment after 30 years of service, but is still doing some private, pro-bono counseling in addition to volunteer work.

She has been recognized for her achievements. She was included in the 1982 edition of the “Outstanding Young Women of America” and was named “Burke County’s Woman of the Year” by the Business and Professional Women’s Club of Morganton in 2001.

She hopes people will take the time during Black History Month to reflect on those who have helped to build up the nation since its founding.

“I would like people to keep in mind that it’s not only Black History Month, it is a universal historical time that we need to recognize – all people who were instrumental in building this United States and keeping it going and preparing for the future,” Logan said.

An Amber Alert has been canceled for 14-year-old Savannah Childress.

Artie McKesson Logan has served with many community organizations in Burke County during her lifetime.