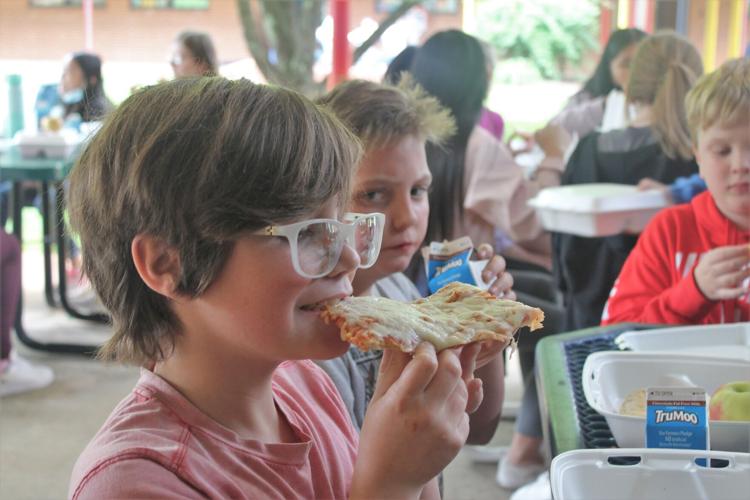 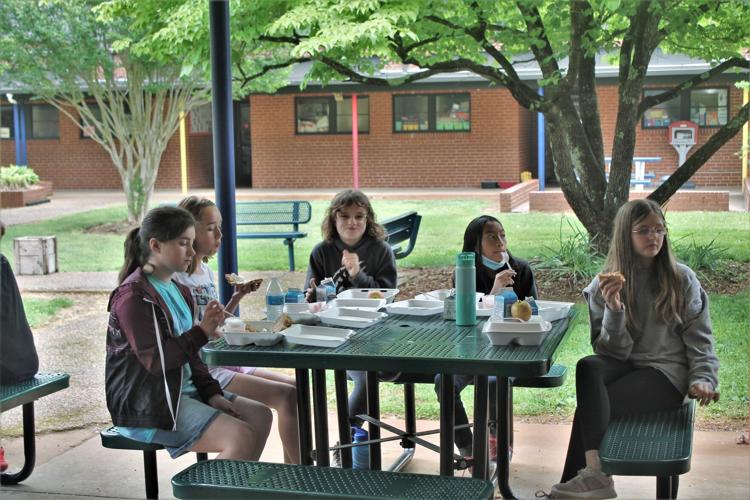 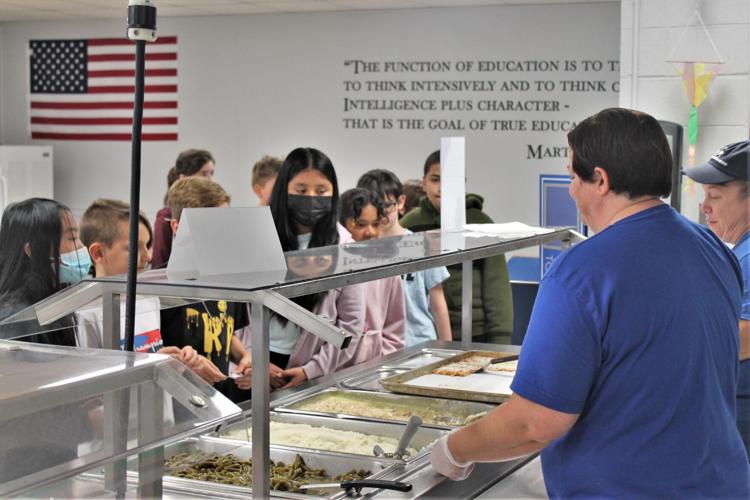 By popular demand, a school cafeteria standard made an encore appearance in Burke County for one day only.

On Friday, May 6, every school in the Burke County Public Schools district served old-school square pizza in response to a letter-writing campaign waged by a group of fifth graders. Students from Michelle Towery’s class at Drexel Elementary School who remember the staple from their early elementary years wrote letters to cafeteria staff asking for its return.

When the BCPS Child Nutrition Department heard about the young lobbyists, they were so impressed they decided to bring square pizza back districtwide for one day. Timed to coincide with National School Lunch Hero Day, an annual observation celebrating school cafeteria staff members, school lunch heroes across the county served the favorite to kids with fond memories of the dish from their younger years and those who have never experienced it.

According to Towery, it all started during a class discussion after reading an article on junk food in school cafeterias.

“That led into a discussion about how they didn’t like the triangle school pizzas,” she said. “We were talking to Lisa (Hammons) that day and she said, ‘I have a cafeteria manager’s meeting the next day, so why don’t you write letters?’ So, they took it upon themselves to write letters.”

Hammons said she took the letters to the meeting the next day and the district’s child nutrition department decided square pizza should make a comeback.

“The cheese falls off the triangle pizza too easily,” wrote one student.

“I would like square pizza back; it tastes better than the normal pizza. Also it tastes crispy, and the crust is amazing,” wrote another.

Another student who had never eaten square pizza wrote that they wanted to be able to taste the difference for themselves.

“I would like to try the square pizza because all my classmates are talking about it and it kinda sounds good,” they wrote.

Another student argued that students are less likely to waste food when they like what is served to them.

Towery hopes her students have learned that everyone’s opinion matters and that taking action can bring change.

“I think they saw that their opinion was valued,” Towery said. “They saw change because of something they had done.”

Arwen, a student in Towery’s class, said it felt good to know that school officials listened to their request.

“It feels nice to ask for something and when you actually get it and you haven’t had it in a long time.”

“It makes you feel like you’ve accomplished something, and you didn’t give up,” Ruby, another student in Towery’s class, said.

When asked what issue the group plans to tackle next, Currie, another student in Towery’s class, said he wants to have nothing but PE all day for the rest of the school year.

According to Jonelle Sigmon, marketing and communications specialist for BCPS, administration officials do not believe they will be able to accommodate that request.

Jason Koon is a staff writer and can be reached at jkoon@morganton.com

Suspect at large after armed robbery at gas station

Police are looking to find a man after an armed robbery Monday afternoon at a gas station in Morganton.

Burke County’s property tax rate will likely stay the same but residents in two districts will see an increase in their fire tax rate.

Take a look at what was happening in Burke County in May of 1922:

This year’s Emergency Fest has been postponed.

COVID-19 is still around in Burke County

While people seem to have gone back to living their pre-pandemic lives, COVID-19 is still infecting people in Burke County.

Hinceman runs away with sheriff's race

The projected winner of Burke County’s sheriff’s race was clear in a decisive primary.

Pets of the Week at Burke County Animal Services

There are many animals available for adoption at Burke County Animal Services, and shelter leaders want all the animals to find a loving fur-e…