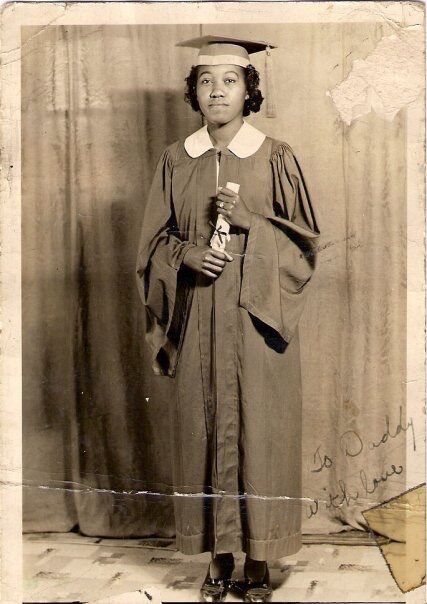 Rosie Lee Forney is pictured at her graduation from the Agricultural and Technical College of North Carolina. 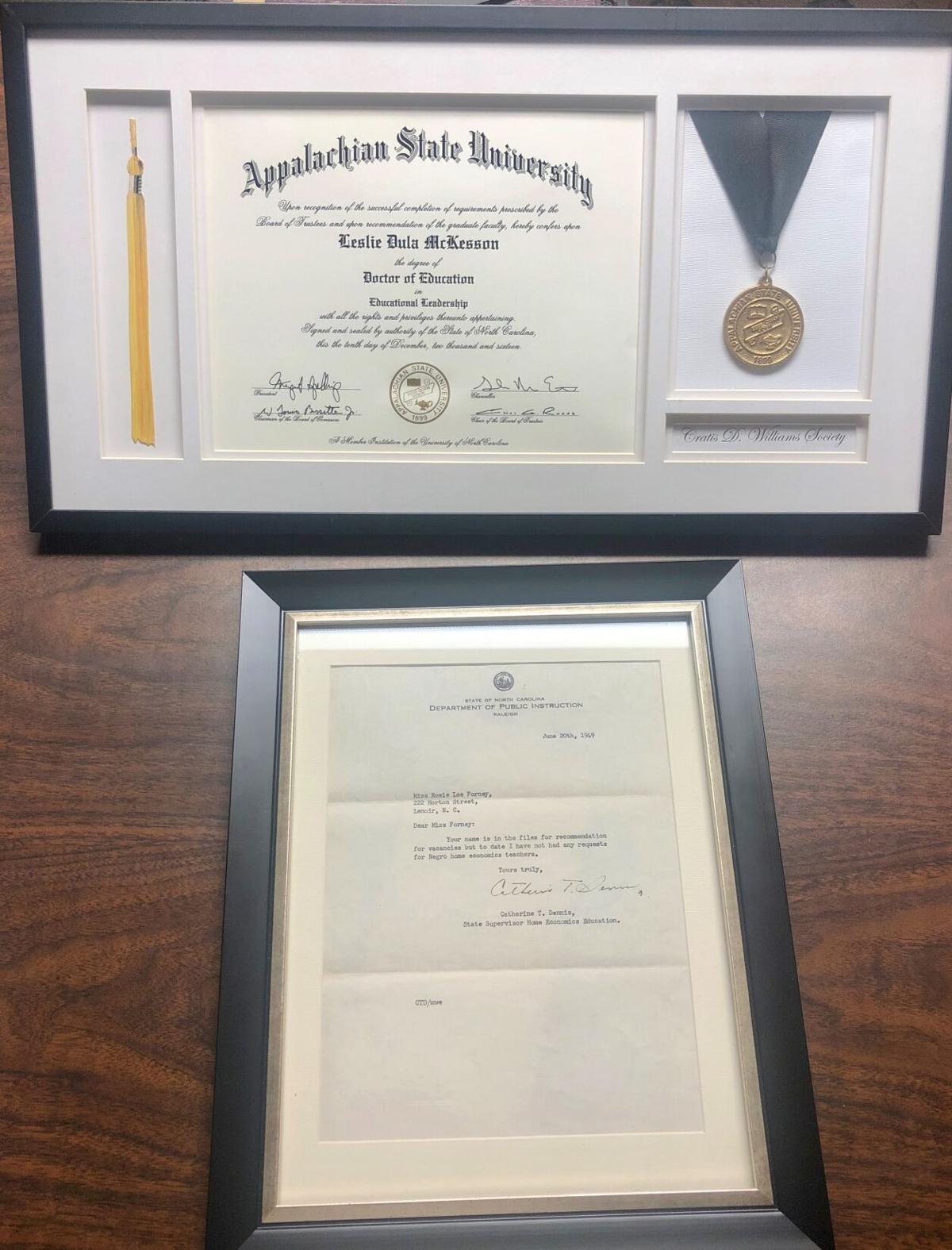 Rosie Forney's letter from the North Carolina Department of Public Instruction is framed and displayed along with daughter's degrees.

Not quite five weeks ago, people across America reflected on Sept. 11, 2001, and the moment when they learned that the Twin Towers had fallen. Many remember not only where they were, but who they were with and what they were doing at that tragic moment.

On that day, I was greeting and chatting with students as they filed into a Carr Hall classroom at Western Piedmont Community College. Just before class began, a student came in with a sketchy report that New York had experienced a terrorist attack. We all hoped for contradictory news, praying that what the student heard was a hoax.

I don’t remember much about that day except canceling an eagerly anticipated meeting with a student club that I advised. We were all in a collective state of shock. Our sense of safety and what was “normal” had been rocked, and we simply could not proceed as if it was a regular day. This event marked a profound social and cultural shift in America, and it caused me to reflect deeply on what it meant to be American.

This was one of a handful of historical events that have transformed my understanding of the world. I can still remember the very first time I experienced a shift of that magnitude.

The story goes back many years before my birth. It begins in the late 1940s when a young woman named Rosie Forney graduated from the Agricultural and Technical College of North Carolina and started her search for work as a home economics teacher. Thinking she would soon embark upon the education career she dreamed of, Rosie took a temporary job operating an elevator at Courtney’s, an upscale women’s clothing store in her hometown, just until she could find a public-school teaching position.

Three years later, Rosie was still the elevator girl. She received a letter from the North Carolina Department of Public Instruction which read: “Dear Miss Forney: Your name is in the files for recommendation for vacancies, but to date I have not had any requests for Negro home economics teachers. Yours truly, Catherine T. Daniels, State Supervisor for Home Economics Education.”

At that time, the south was still segregated. Jim Crow laws dictated that because Rosie was Black, she could only teach in a “colored school.”

After she read the letter, Rosie put it away in a wooden memory box along with her dreams of becoming a teacher. She later married, had a daughter, and continued to work at various unskilled jobs. Nearly 15 years after graduating from college, Rosie decided to apply her home economics degree to the only degree-specific gainful employment readily available to her. She took a job as a housekeeper for a White family.

On Nov. 22, 1963, Rosie took her 5-year old daughter with her to work. The family she worked for had a 3-year-old son named Michael, and they allowed Rosie to bring her daughter with her to be his playmate. The two preschoolers ate lunch in the kitchen as Rosie started preparing for dinner.

In case you haven’t figured it out, Rosie was my mother, and the 5-year old was me. Being so young, I had no idea that my mother had a bachelors’ degree that she could only use as a part-time maid. It only occurred to me years later that she had more education than her employers.

After Michael and I finished lunch we sat on the floor in front of the black and white console TV in the den. My mother glanced over her shoulder as she worked, to check on us and to peek at what she called her “stories” -- a daily soap opera called “As the World Turns.” Unexpectedly, Walter Cronkite interrupted WBTV’s “regularly scheduled programming” to announce that President John F. Kennedy had been shot.

The announcement arrested my attention and I thought to myself, “This can’t be true!” But Walter Cronkite said it, so I figured it must be right. JFK’s death was a national tragedy that shifted the culture. It also awakened my consciousness of what it meant to be American. At 5 years old, I didn’t have the vocabulary to express it, but I realized that day that there were nuances to American identity that would take shape differently for Michael and for me.

I have watched the YouTube video of Cronkite’s announcement many times as an adult, but my personal memories of the event consist of just a few seconds of time that replay in my thoughts like a looping photo slideshow. I never saw Michael again after the fall of 1963. My mother left domestic work, eventually retiring as a textile worker. I reclaimed her dream deferred and become an educator, teaching at the college and university level.

Two historic, extraordinary days blazed frequently traveled trails in my mind that have shaped how I engage with the world. We all experience times that transform us. May they make us better.

Leslie McKesson is a member of the Morganton Writers’ Group.

The human remains found in a wooded area off Lavender Road in Old Fort Tuesday morning, Oct. 13 are likely those of a man who went missing on Nov. 28, 2019, authorities said on Friday.

Two drivers were injured in a vehicle crash on U.S. 70 on Wednesday.

Rosie Lee Forney is pictured at her graduation from the Agricultural and Technical College of North Carolina.

Rosie Forney's letter from the North Carolina Department of Public Instruction is framed and displayed along with daughter's degrees.