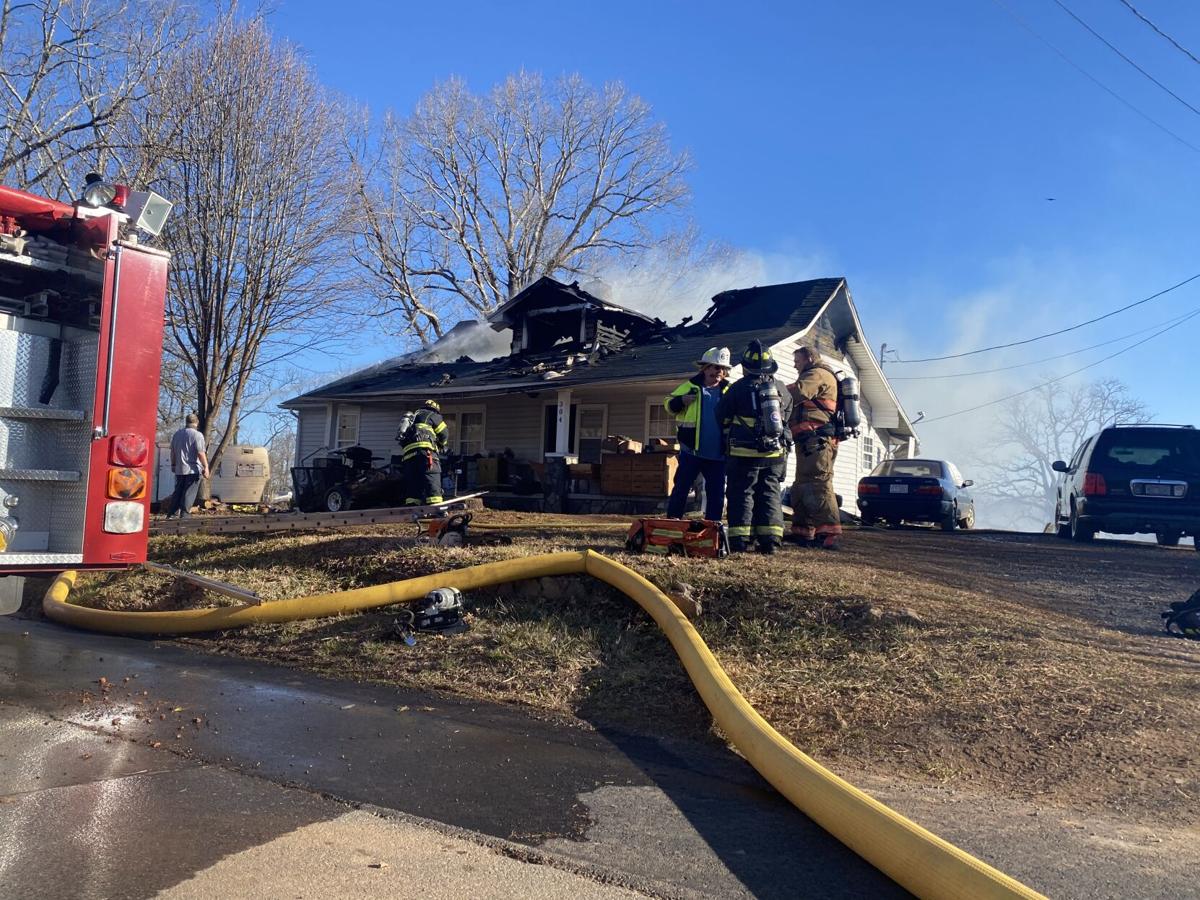 Fire hose lays in the road and yard in front of a house that caught fire Wednesday morning in Drexel. 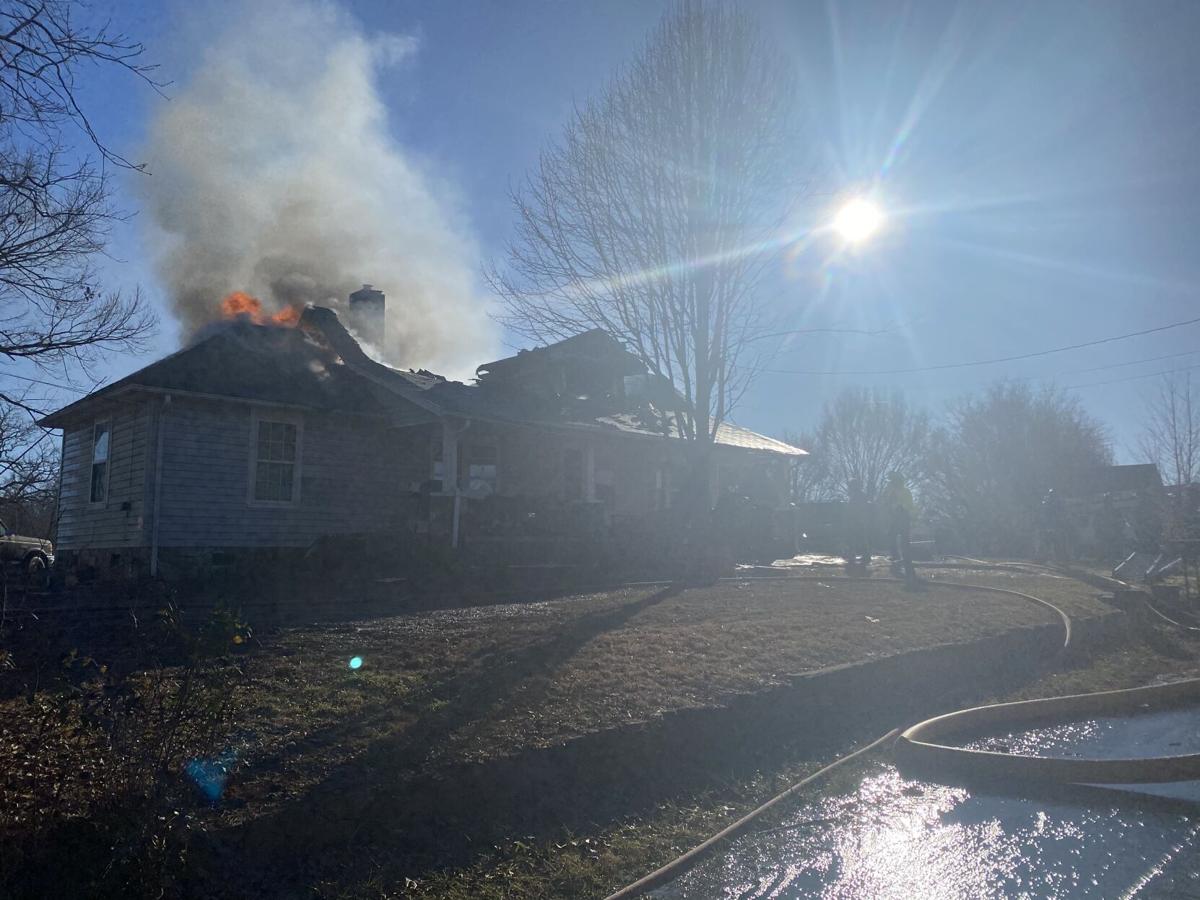 Fire burns through the roof of the house Wednesday morning in Drexel. 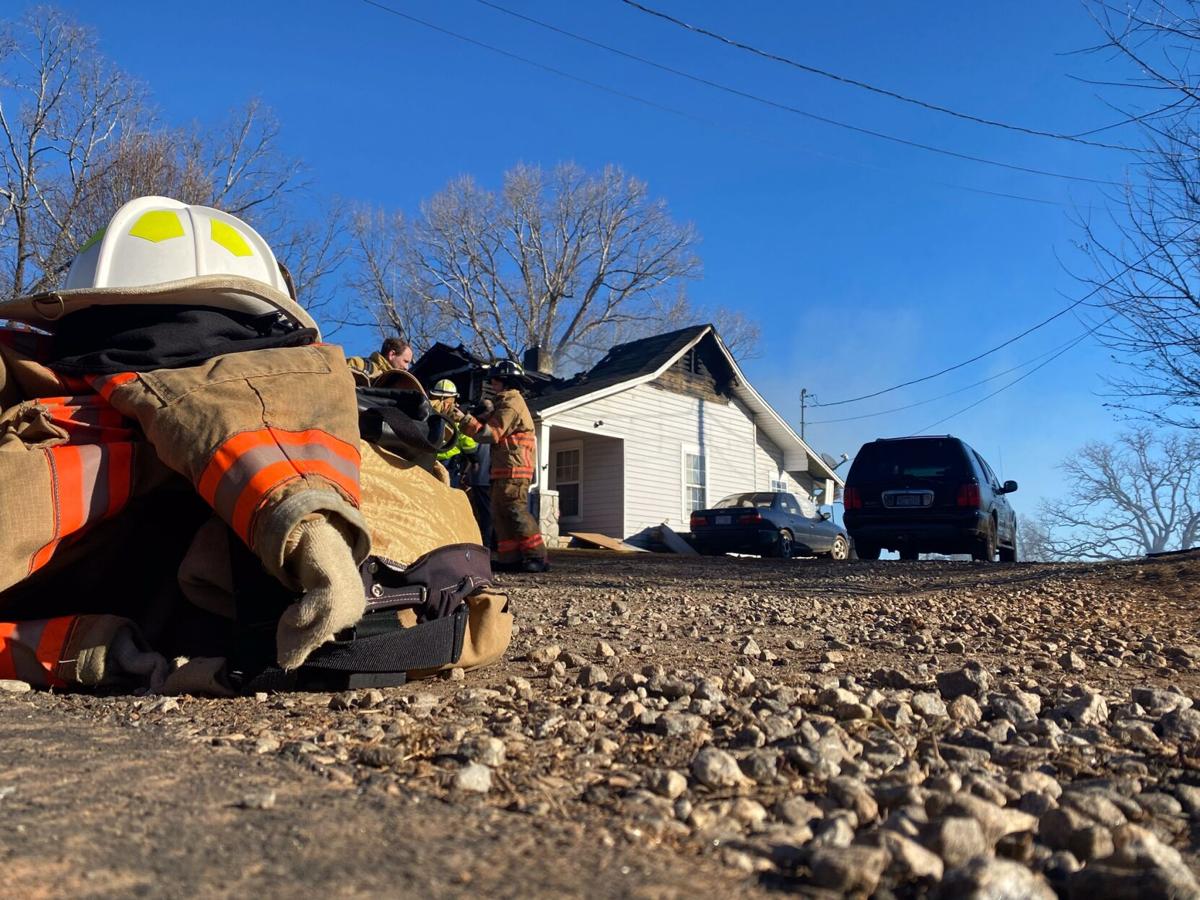 Fire equipment sits at the scene of the fire Wednesday morning. 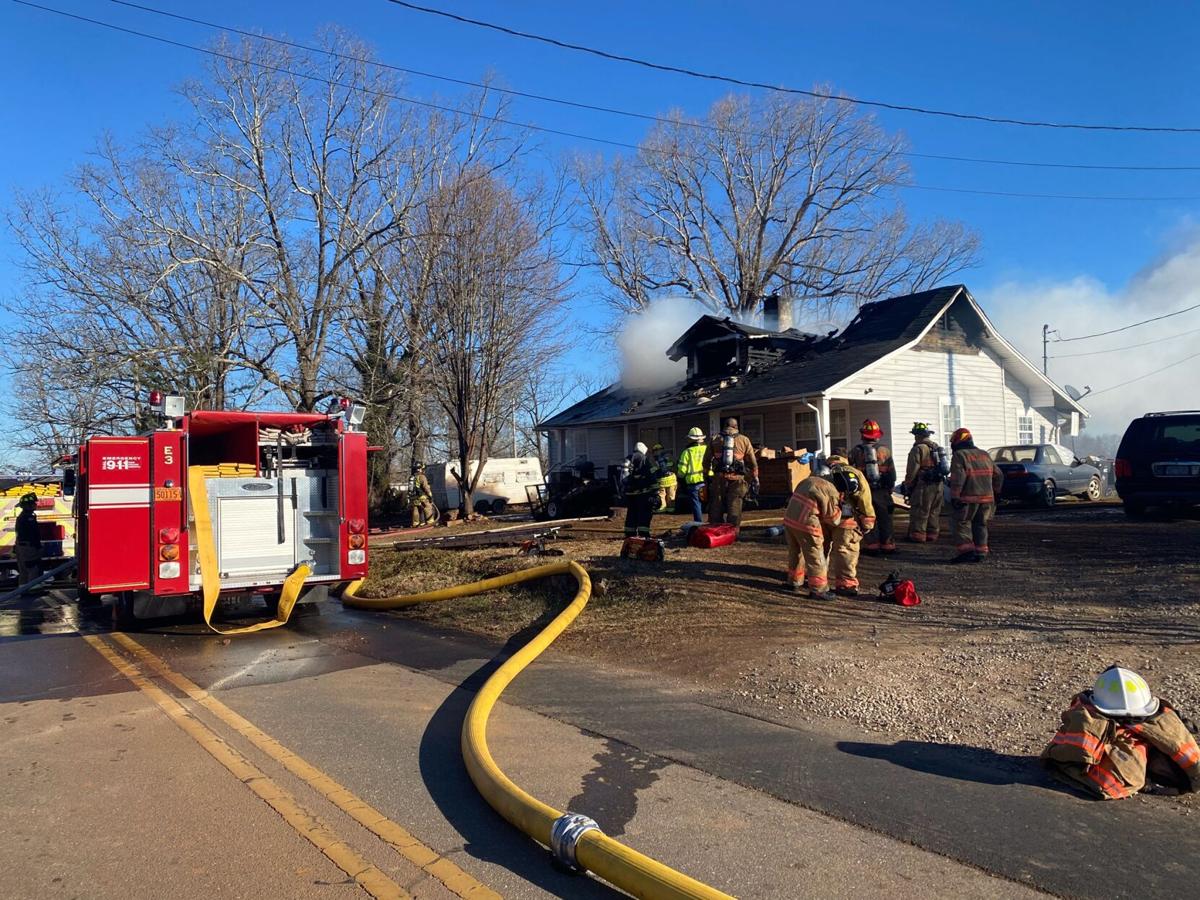 Firefighters survey the damage to a house that burned Wednesday in Drexel. 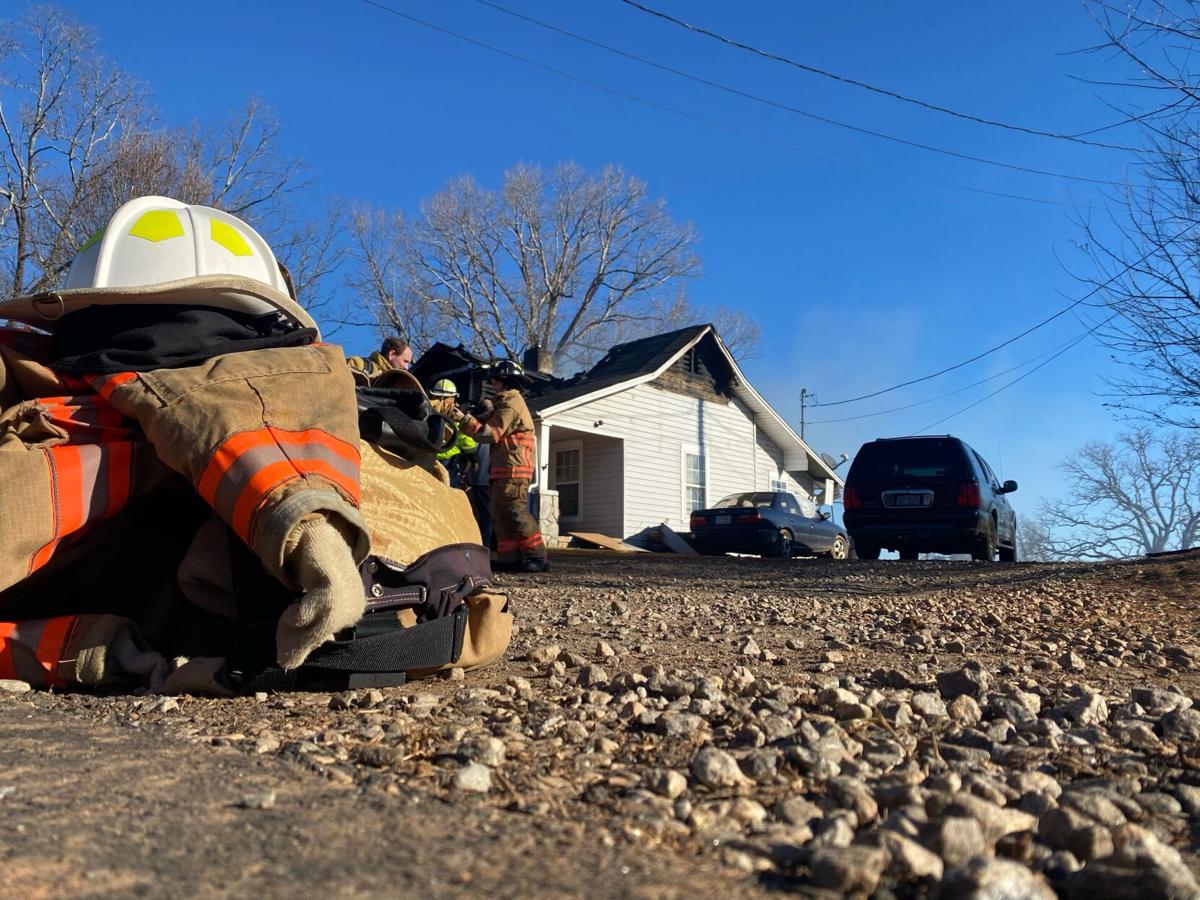 DREXEL — A family of four — and their dog — are thankful to be alive after two linemen with the town of Drexel woke them Wednesday morning as their house was burning down.

“We were just asleep,” said Amber Matthews, one of the residents of the home off North Main Street in Drexel. “Everything was up in the attic so we didn’t notice it was on fire. We all we woke up to a banging on the door: ‘Get out! Get out! Your house is on fire!’”

She said she got up, grabbed her kids and ran outside.

While Linemen Johnny Rowe and Cory Carpenter might not call themselves angels, Matthews expressed a great deal of gratitude for them.

“Thank you for keeping your eyes open and watching out for someone else,” she said. “It’s hard. In times like these, you’re not always focused on everything around you, but they were. They were, and my family is safe. My kids are safe and they are healthy, and that’s all that matters.”

They were in exactly the right place at the right time, she said.

“They are guardian angels sent from above,” Matthews said.

It was around 9 a.m. when Rowe and Carpenter were driving through town checking for downed power lines after some high winds Tuesday night, Rowe said.

He said they had gone past the house once and didn’t see any smoke. When they looked back around, smoke was showing.

“We were just coming by, and we seen the smoke coming out of the gables of the house,” he said. “We just went over and practically beat on the doors to get the guys out of the house.”

Meanwhile, Carpenter was calling 911 to get firefighters dispatched to the house.

“I called 911, we got them dispatched, got the kids in the truck and made sure everybody was alright,” Carpenter said.

He and Rowe both were humble about being called heroes.

The cause of the fire still is under investigation by the fire marshal’s. More information will be published as it becomes available.

Fire hose lays in the road and yard in front of a house that caught fire Wednesday morning in Drexel. 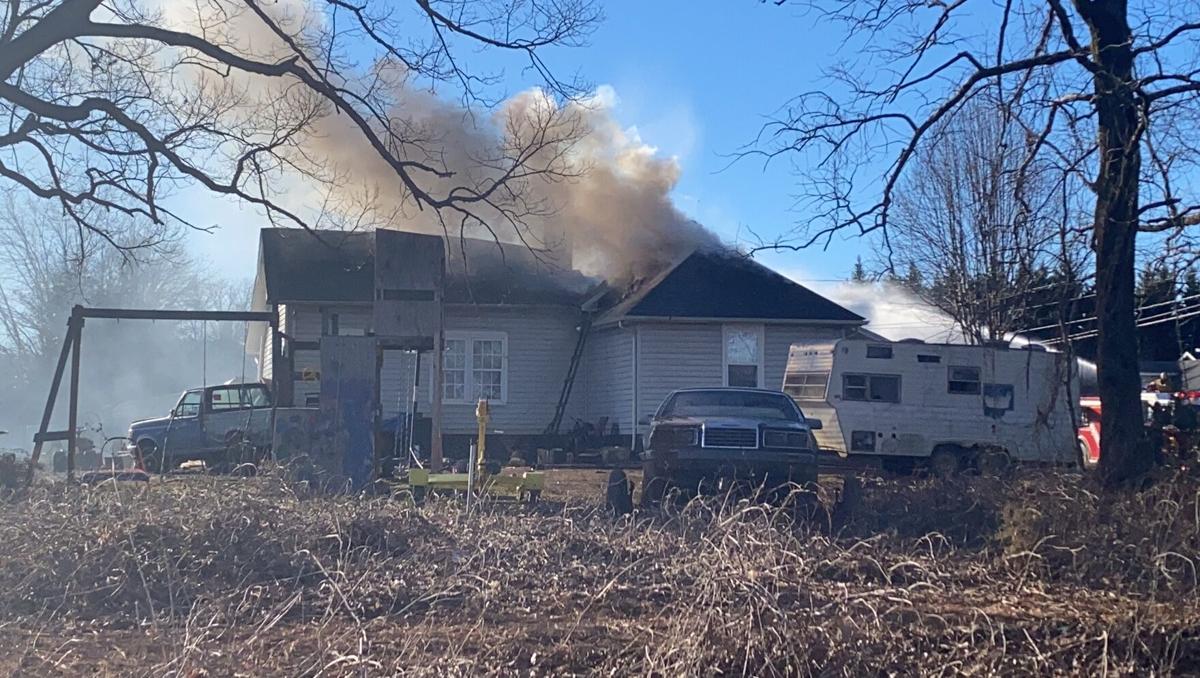 Two linemen are being called heroes after they saw smoke coming out of the gables of the house and woke the family up.

Fire burns through the roof of the house Wednesday morning in Drexel.

Fire equipment sits at the scene of the fire Wednesday morning.

Firefighters survey the damage to a house that burned Wednesday in Drexel.