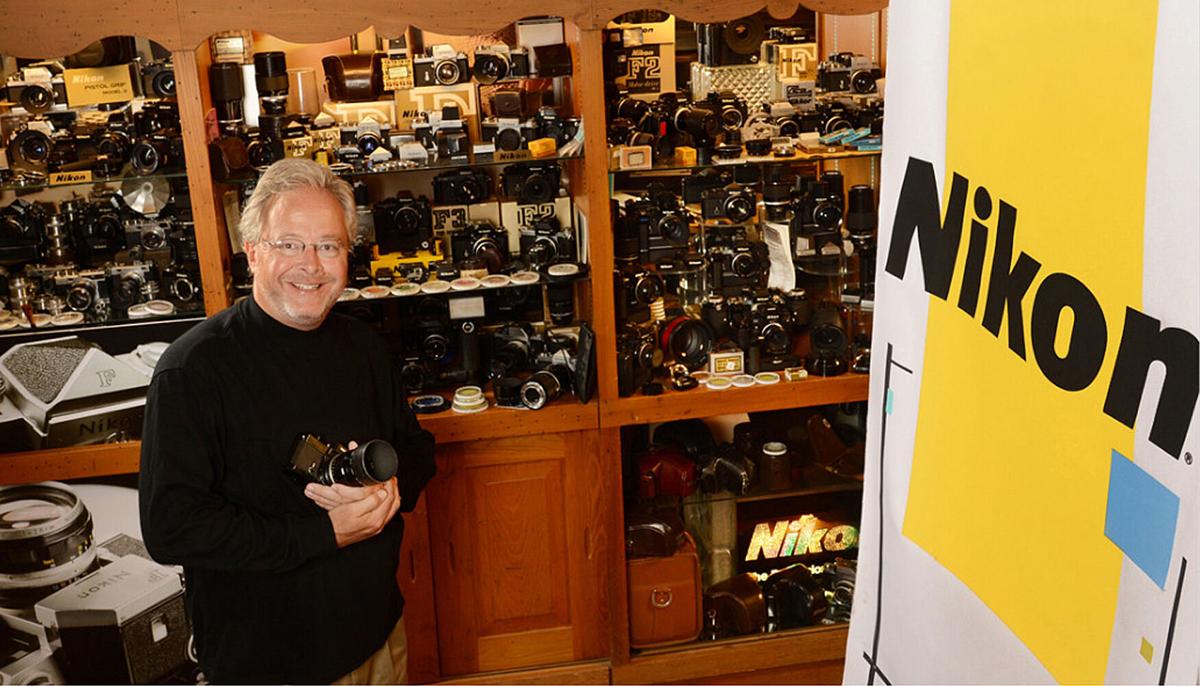 In 2017, John Payne was one of 10 photographers from around the world spotlighted by Nikon for its 100th anniversary feature. 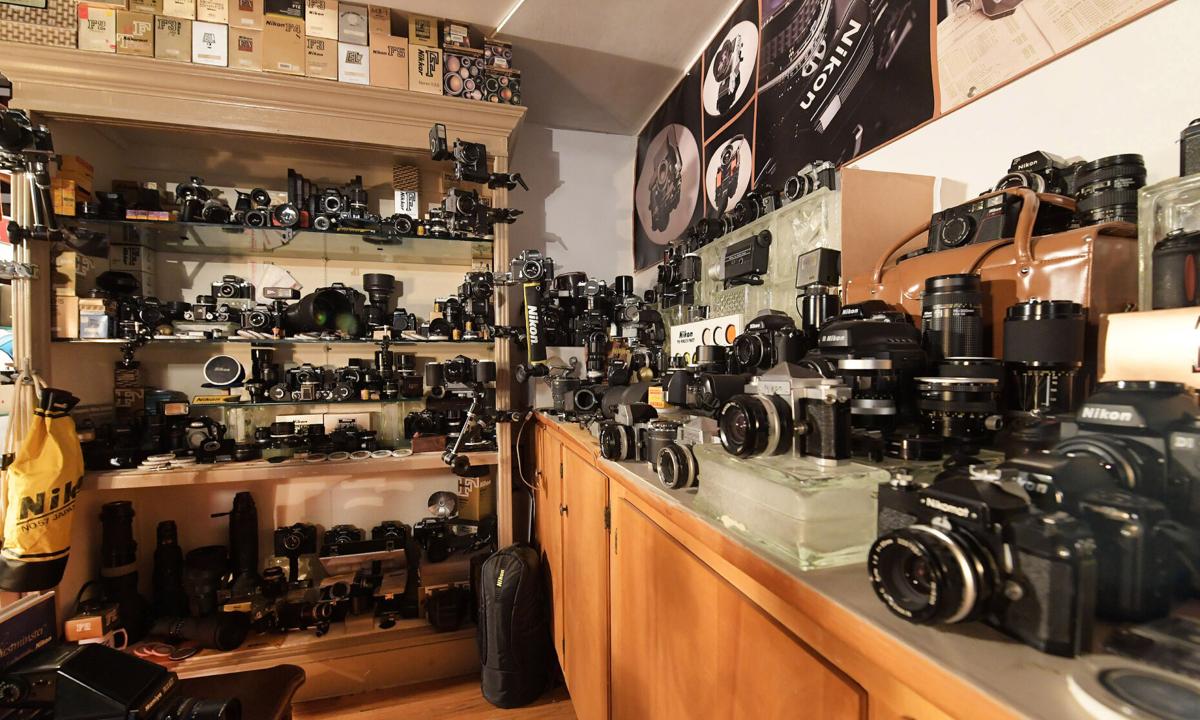 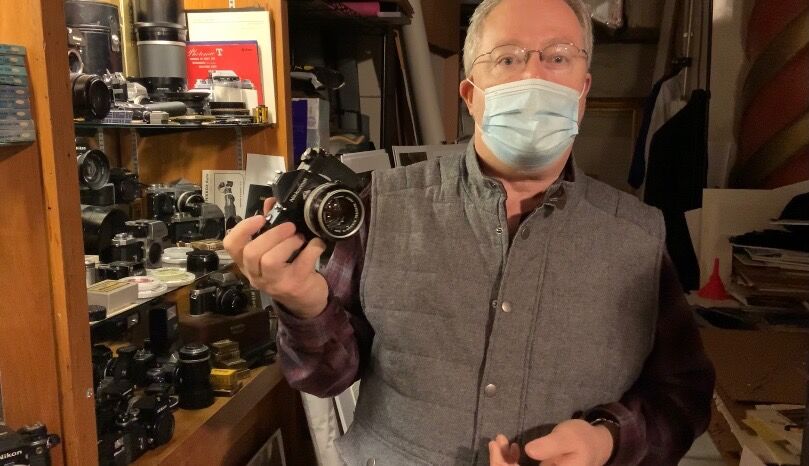 Morganton's John Payne was featured in the February edition of Our State magazine. He is holding a Nikkormat FT-2, the first professional camera he purchased. 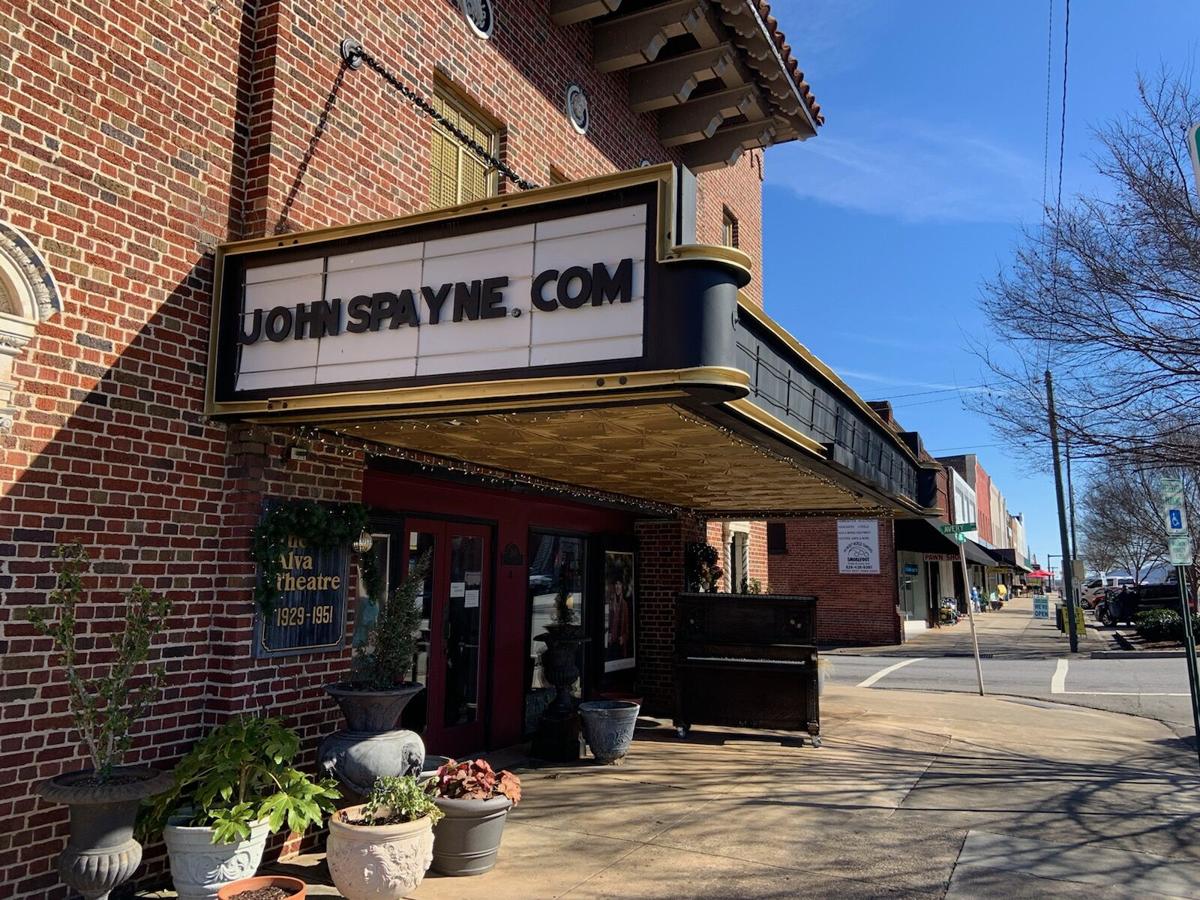 Many North Carolinians are being introduced to a Morganton photographer after he was featured in the February edition of Our State magazine.

But for local residents, John Payne has been a household name for many years.

Payne operates John Payne Photography at 200 N. Sterling St. in downtown Morganton, the site of the former Alva Theater. He has worked out of the historic building for 33 years.

Payne said he first got into photography at age 10.

“It was probably four or five years later where I realized it was going to be more than just a passing activity,” he said. “At 10 I was fortunate enough to have access to a darkroom in our family’s basement, and was able to take pictures in elementary school and develop the film, and continue doing that through junior and senior high schools.”

He recalls the first professional camera he purchased as a junior high student at 12 years old, a Nikon Nikkormat FT-2, which he bought for $225 at what was then The Camera Center at 104 N. Sterling St. in downtown Morganton. He bought used lens from his brother for $50.

Payne began working for The Camera Center at 14. He then went on to shoot photos for his yearbook at Freedom High School before heading off to the Rochester Institute of Technology in New York in 1981.

“At that point, I was basically committed to making that into a vocation,” Payne said. “(I was) at a university where I had access to a very high-caliber faculty and a high level of options that were in front of me — studio space, equipment to use and being around other people that were just as serious about (photography) as I was.”

“I really didn’t plan to start out collecting cameras,” he said. “I mean obviously, I’m a photographer, so I had a start with the gear that I owned, to work with. As new things came out, instead of selling an old camera and buying a new camera, I kind of hung on to the old camera, too.”

Having such an expansive studio allows Payne more professional liberties, while also giving him a chance to showcase his cameras.

“I’m glad to have a place that I can display the collection,” he said. “A lot of collectors have very impressive groupings of cameras and lenses, and they’re stored in plastic boxes — carefully wrapped up in bubble wrap in nice plastic bins on shelves.

Payne was 24 when he first moved into the Alva Theater building.

“At that time, I was doing some furniture photography and wanted to do more,” he said. “I knew I needed a building that had tall ceilings and lots of space to spread out. It’s comfortable. It’s a piece of local history. I thoroughly enjoy living here. I like being … right in the middle of downtown.”

The building was built in 1929, and opening night was July 3, 1929, according to a copy of The News Herald that Payne has framed in his studio. The theater, which was the first in Morganton to show movies with sound, operated until 1951.

Payne’s Our State feature is just the most recent example of his work being showcased by a professional outlet.

In 2017, Payne was one of 10 worldwide collectors featured in a piece on Nikon’s website for its 100-year anniversary.

“This multipage article that Nikon produced for its website talked about the studio, it talked about the camera collection, and basically what role Nikon had had in my professional development and so forth,” Payne said. “It generated a lot of publicity for the studio here.”

Nikon reached out to him in response to a picture of his camera collection he posted to social media. Still, while Payne said the Nikon write-up ranks near the top of his professional recognitions, it his work as a photographer for which he most wants to be remembered.

“I like to consider myself a photographer first and foremost,” he said. “Camera collecting came as a happy addition to that. Many people that are camera collectors are just that. They’re not photographers.”

Before the pandemic, Payne took a lot of formal family portraits, sometimes having as many as 15 to 20 people in his studio for group sessions. His work also involves formal yearbook photos and sporting events. Lately, he has taken on some other work, he said.

“Right now, I’m in the process of ... scanning a lot of negatives from 40 years ago when I was in high school, and putting them on Facebook,” he said.

He said his two favorite subjects to photograph are people and nature.

During the 33 years Payne has worked and lived in the building, technology has had a huge impact on the profession.

“It’s changed people’s perception in how they value photography,” Payne said. “Photography used to be something that some people did on their own; they would make snapshots, and they would drop off rolls of film at the drug store and get them developed. Or you would pay somebody to come and make pictures of your family, friends or event.

“Nowadays, with the advent of digital (cameras) around 20 years ago, people value photography less because it’s so easy to do. It’s like anything; if it’s easier to do and more people can do it, it’s not that special in some people’s minds. What I try to find are the people that can appreciate what I do as being something that they may have the tools to do, but they can’t do.”

Payne said the tools available in photo-editing programs like Photoshop are similar to certain tricks of the trade used in the days of dark rooms.

“Skilled retouchers (manipulated images) before with film,” he said. “They could literally take knives and etch off areas on a negative. Photo alteration has been there forever. It’s made it easier in some ways, but when it comes down to it, there’s more of an art to it.”

In the end though, Payne said holding a photo in one’s hands offers both a more personal touch and affords that person the ability to pass it down to other family members for years to come.

“The phones won’t be there,” Payne said. “You’ve got CDs now that you recorded 10 years ago which you can’t read now. Hard drives fail. They all fail at some point. The nice thing about having a print, is that if you’ve got a set of eyes, you can look at it.

“It could be a wedding or the birth of a child. To be able to have that printed gives you the ability to have that accessible to somebody with a set of eyes 100 years from now."

In 2017, John Payne was one of 10 photographers from around the world spotlighted by Nikon for its 100th anniversary feature.

Morganton's John Payne was featured in the February edition of Our State magazine. He is holding a Nikkormat FT-2, the first professional camera he purchased.