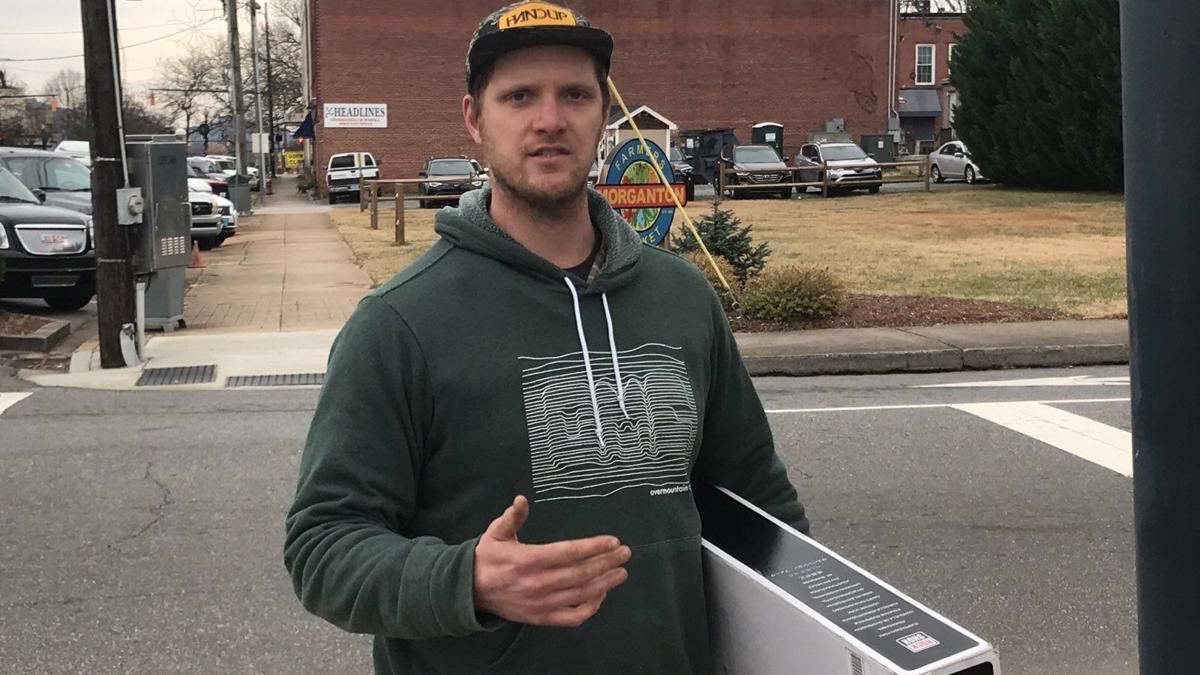 Michael Lowther is the owner of Overmountain Cycles in Morganton. 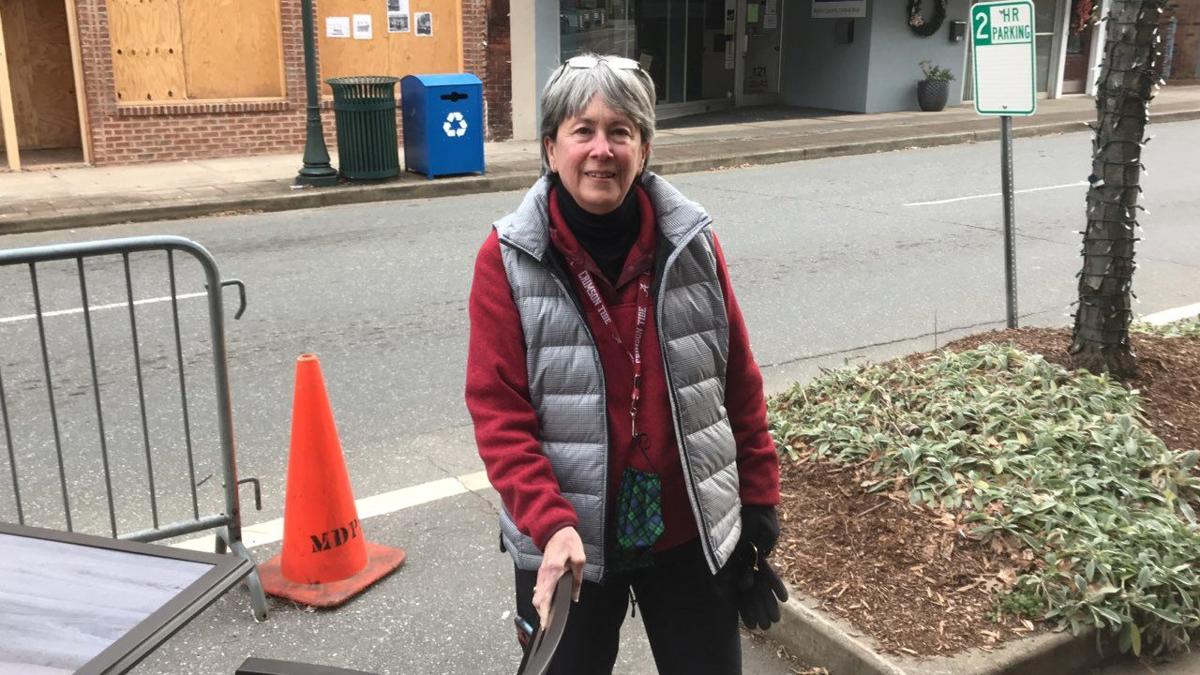 Morganton resident Molly McKay felt Wednesday's storming of the U.S. Capitol could potentially have a lasting impact on the country for many years. 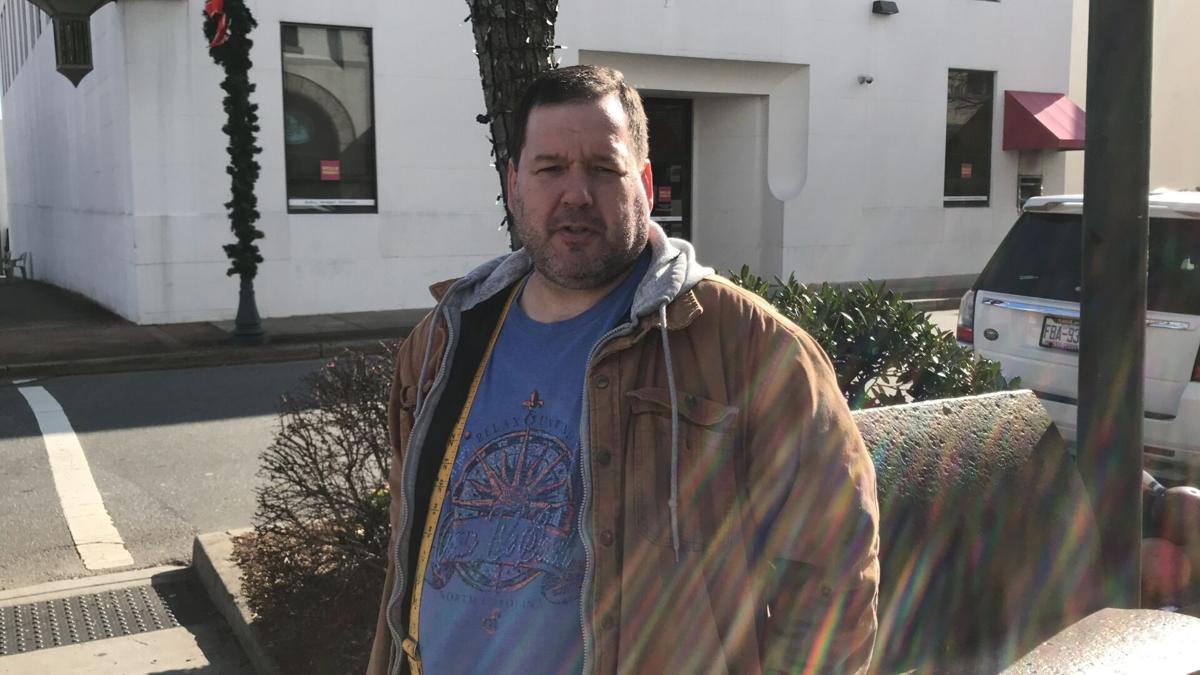 Brian Green said he understood where the frustrations of the demonstrators in Wednesday's storming of the U.S. Capitol were coming from, though he disagreed with their methods.

People from across the world reacted Thursday to Wednesday’s events in Washington, D.C., where thousands of rioters stormed the U.S. Capitol.

The News Herald spoke with people in Morganton on Thursday to see what thoughts came to mind while they were witnessing the events taking place.

Lianne Reburn, who lives in the eastern part of the state, was visiting Morganton on Thursday with her husband and two kids.

When asked to summarize her opinion on Wednesday’s events, the first word that comes to mind is “embarrassment,” Reburn said.

“I’ve lived in a couple other countries, and it’s kind of embarrassing,” she said. “I also feel like it’s kind of a joke. I know that it’s real – and that it really happened – it just doesn’t seem real. It doesn’t surprise me that much, but what surprises me is that (the rioters) could actually get in the building.

“This is what terrorists like Al-Qaeda do. They want to get into the Capitol and take over. So what’s the difference? What was really incited there is a terrorist attack. On the serious side of things, that’s how I look at that. On the other non-serious side of it, I’m just rolling my eyes.”

Reburn said she feels as if the political tribalism of choosing between one extreme or another could have contributed to what transpired Wednesday in the nation’s capital.

“I think people need to realize they’re getting duped by constantly thinking they have to choose from two sides,” she said. “If you just let go of all that and try to figure out the problems from the actual reality, then you’re going to come to a very common-sense conclusion.”

“It looks terrible,” Reece said of Wednesday’s events. “But at the same time, we as the people should quit waiting until six months before we vote to actually get involved. We should be watching to see who’s actually doing the right thing in office, the whole time they are in office so we do choose the right person.”

Reburn said she thought Biden was saying things people need to hear in his response on Wednesday.

“When I heard (President-elect) Biden talking, he was trying to be real presidential, be a real leader and saying things like, ‘Hey, let’s get back on being honorable and everything,” Reburn said. “But I feel like people that support those types of groups (such as those that rioted Wednesday,) they don’t really hear that language.”

Brian Green said though he can understand where the frustrations of the demonstrators may have come from, he disagreed with the methods they used.

“It sounded to me like there was a group of people that think they’re not being heard,” Green said. “Just like any time there’s a group of people who are causing a disturbance, their core belief is they’re not having their opinions heard. Other than that, breaking the law doesn’t help anyone, no matter whose side you’re protesting for. When you’re rioting and breaking a law, that’s not a way to (get your point across.)”

Green said his hopes for the next few days are for the government to stabilize.

“I want our government to follow the letter of the law and follow the Constitution,” he said. “If you break the law, you should be punished for it no matter what side of the argument you’re on.”

While Lowther said he leans in the middle of the political spectrum, he felt people were acting “crazy and ridiculous,” he said.

“Just people acting very immature and not acting like adults,” Lowther said of his thoughts on the events. “It really is kind of unnerving to see that happen. You see (Washington) D.C. and Congress as a place where there’s supposed to be a lot of protection, a lot of rules and laws and all that kind of stuff. To see it get overthrown like that, in my lifetime I don’t think I’ve ever seen that.”

Lowther said he hopes people from both parties can take accountability, be honest and take responsibility for their actions in the coming days.

Morganton resident Molly McKay felt that Wednesday's events could have lasting effects on the country years from now.

“Despite the best efforts of the current administration, the republic still stands,” McKay said. “We will heal, but we will never be the same.”

Michael Lowther is the owner of Overmountain Cycles in Morganton.

Morganton resident Molly McKay felt Wednesday's storming of the U.S. Capitol could potentially have a lasting impact on the country for many years.

Brian Green said he understood where the frustrations of the demonstrators in Wednesday's storming of the U.S. Capitol were coming from, though he disagreed with their methods.