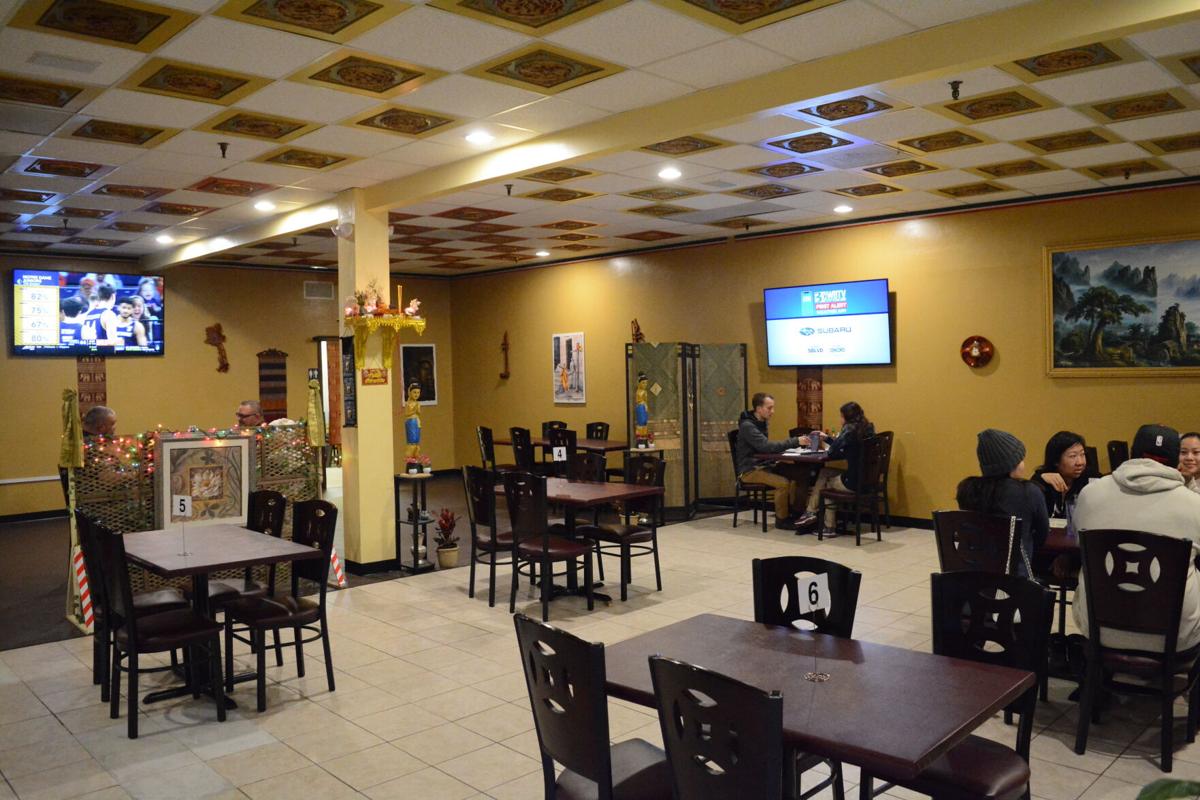 Pho Lao had its cold opening in October, according to the restaurant's owner, Dara Phrakousonh. 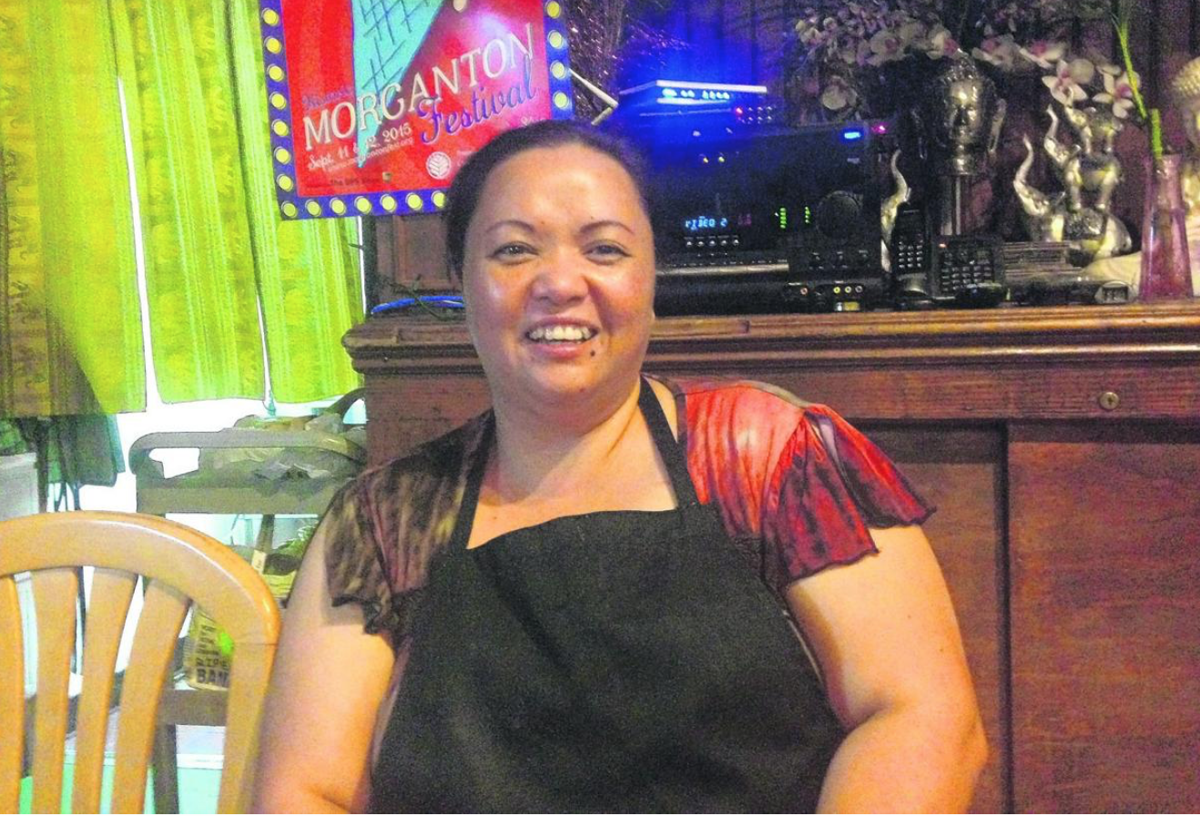 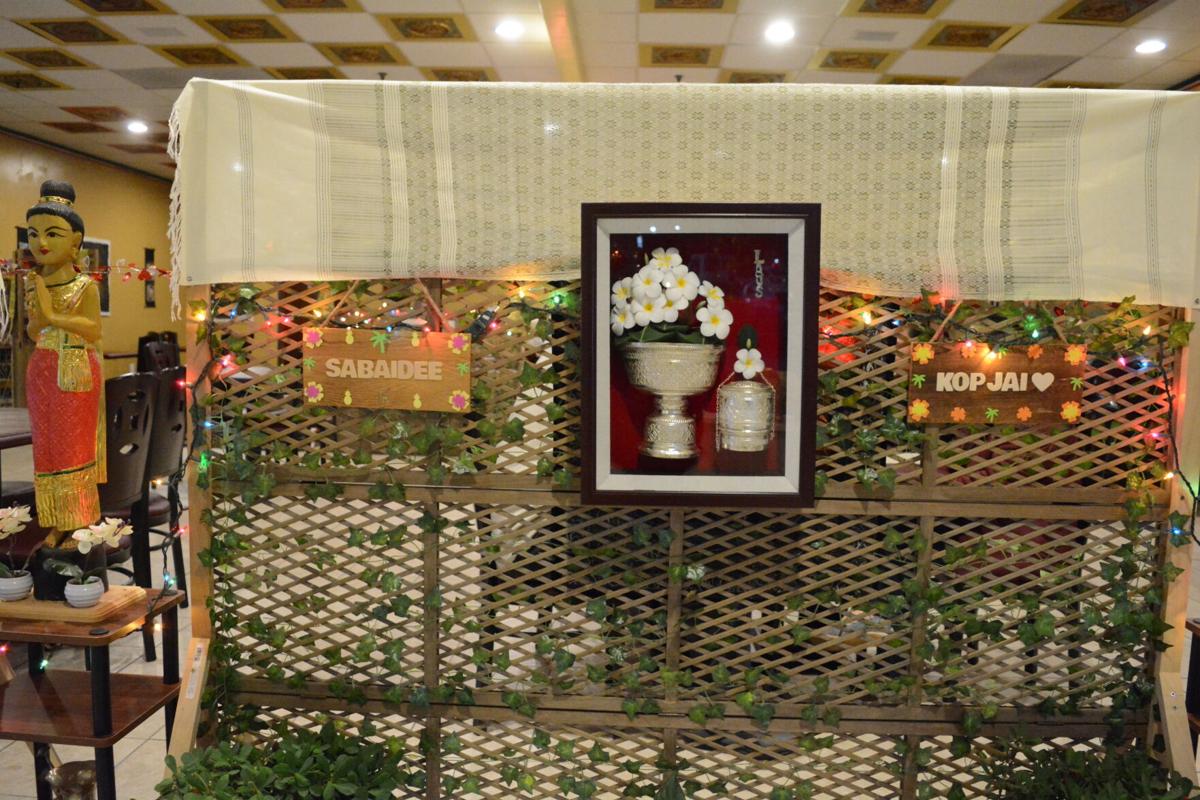 Dara Phrakousonh said she wants to "represent where she comes from," in Laos. 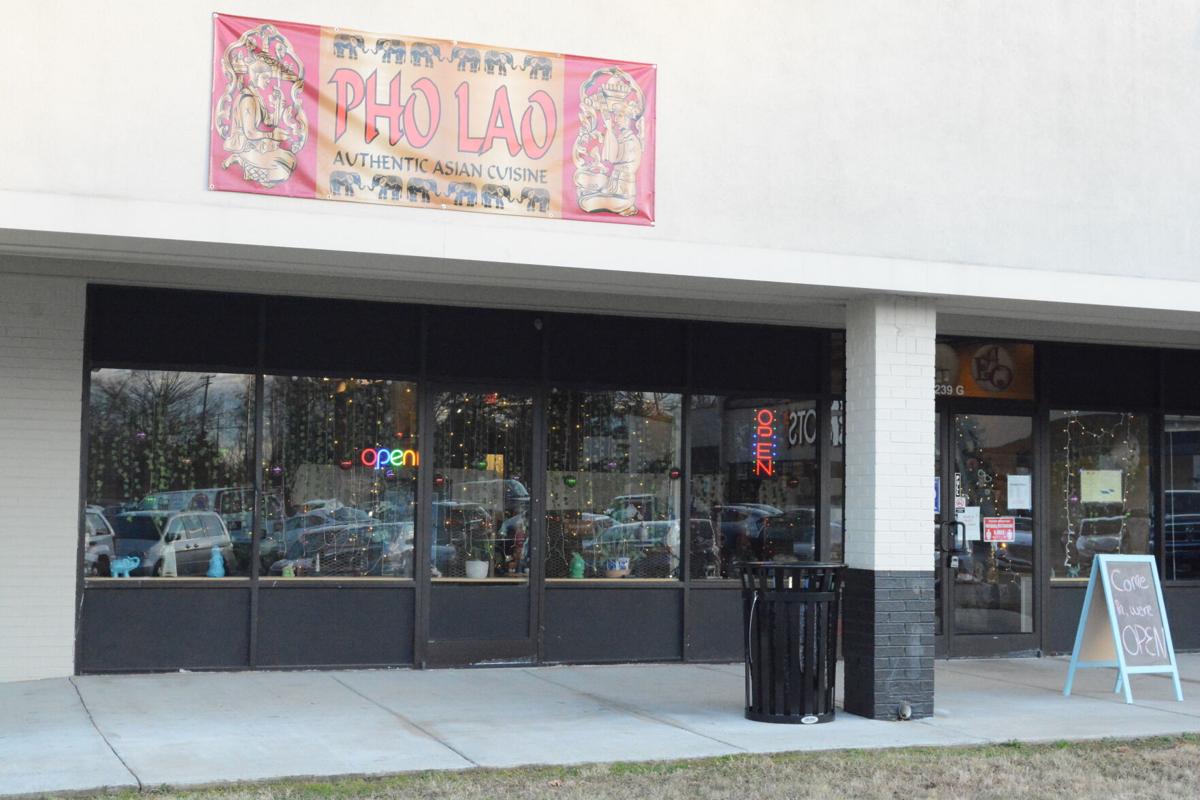 Pho Lao is at 1239 Burkemont Ave. in the Magnolia Plaza in Morganton. 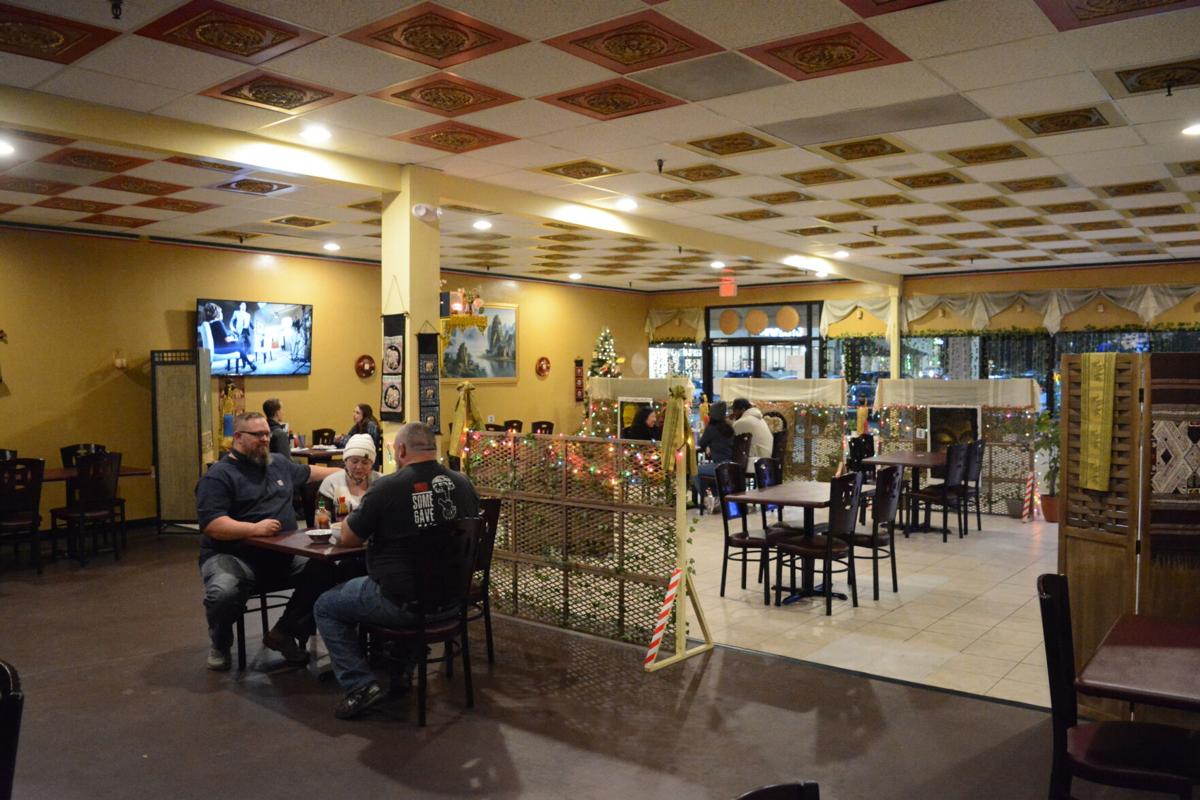 Dara Phrakousonh said she is unsure about a date for the restaurant's grand opening due to questions surrounding COVID-19. 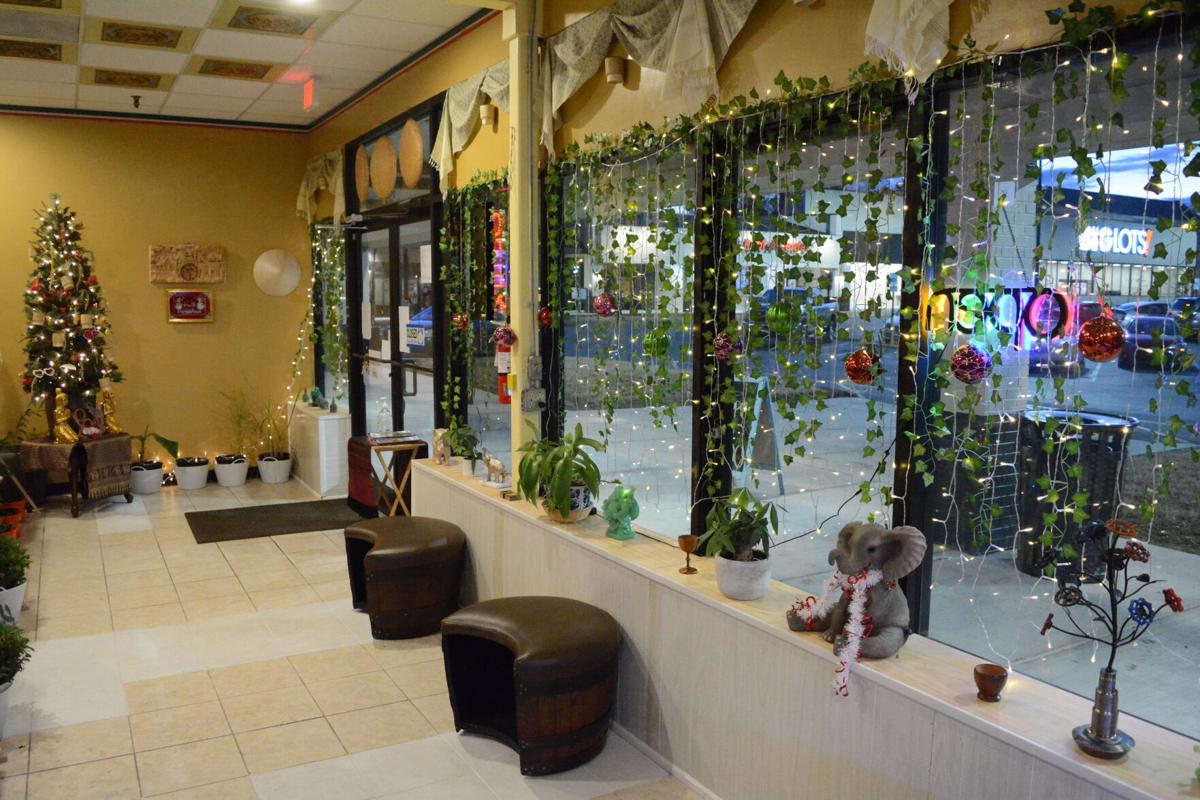 When the restaurant had its soft opening Oct. 16, Dara Phrakousonh said there was a three-hour wait. 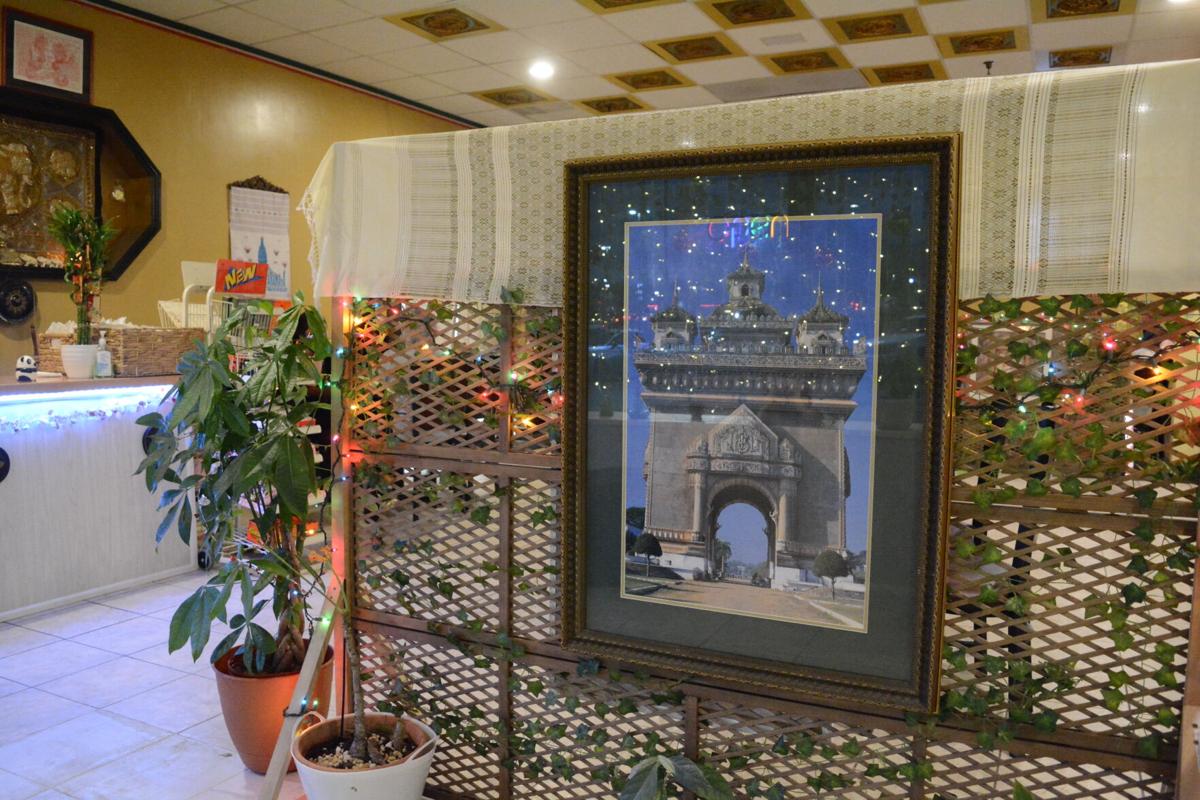 Dara Phrakousonh said customers have eaten at Pho Lao and told her that her cooking tastes just like they remember it tasting at Asian Fusion years ago.

Dara Phrakousonh has been a popular restaurateur in Morganton for years, and after going on a temporary hiatus from the industry, she is back in action with another Asian-themed establishment.

“We do Thai, a little bit of Vietnamese, a little bit of Lao food,” she said. “It’s basically Southeast Asian food, and then we have an American touch to it. Some people cannot eat spicy, so I just created food that everybody could eat that still has the taste of Asia.”

Phrakousonh said people warned her against opening the restaurant during the pandemic.

“I was a little bit nervous,” she said. “But it’s just a gamble; you take it or lose it. If you never try, you never know. If you want to do something, you have to love it. (When you love something,) you don’t mind losing because at least you know you’ve tried. Don’t be afraid to try. Do it. That’s the way I feel.”

The restaurant’s soft opening was Oct. 16, and the anticipation was significant, Phrakousonh said.

“There was a three-hour wait outside to get in,” she said. “I prepped a week’s worth of food, and it was gone by lunchtime. We didn’t get out of the restaurant until 2 a.m. that morning.”

Now, when customers come in to Pho Lao, they tell her it tastes just like they remember Asian Fusion’s food tasting years ago.

Phrakousonh said she is waiting to decide on a grand opening date due to COVID-19’s limitations. She also plans to acquire her wine and beer licenses first.

For Phrakousonh, Pho Lao’s opening has been in the works for a while. She nearly reached deals to acquire a building at a number of locations, including beside Fonta Flora Brewery on North Green Street in Morganton.

Phrakousonh emigrated from her native Laos in 1990, and has previously lived in California and Connecticut before moving to Morganton.

After graduating from Western Piedmont Community College, Phrakousonh initially went to work at what was then Grace Ridge Retirement Community.

“I looked around and I told my husband, “One of these days I’m going to open a grocery store,”” she said.

True to her word, she opened a grocery store on Carbon City Road, she said.

“I bought one box of this, and one box of that and put it on the shelf — just enough to get people to come in,” she said.

But while running the store, she found that her customers relied on her for cooking tips.

“After (opening the store,) the feedback was pretty good,” she said. “People would come with recipes and say, “I want to cook this and that,” and I would say, “I could tell you right away.” So I would take them around my grocery store and say, “Take this, that, and this. If it’s not good come back and tell me.””

By the time she opened Asian Fusion, she also operated the Lao Lanxang Asian Grocery. She opened the grocery store, which was next to the restaurant, in 2001.

Phrakousonh said cooking came to her as an inspiration from her mother. All these years later, her passion for food and for the restaurant industry is as strong as ever.

“I love (owning a restaurant,)” she said. “Whatever you do, you’ve got to love it. I could stay here (overnight) and it wouldn’t bother me. You’re going to hear a lot of people say, 'Owning a restaurant is a hard thing to do.' You start with mopping the floor and cleaning the bathrooms – you do everything when you own it. But I enjoy it.”

Though Phrakousonh sold Asian Fusion three years ago, she managed to keep herself occupied during her time away from the restaurant life.

She did a lot of traveling, including a vacation on a cruise and a trip back to Laos. She also took care of her mother.

“If I had somebody watching her, I’d go out and try different foods for different ideas,” she said. “I go eat everywhere. I love to eat. I’m wide open; I’ll try anything. If I try any food and I like it, I’ll pick it up. If it’s good, I kind of bring it back with me and put it on my recipes.”

She even brought back some familiar faces to be with her at Pho Lao.

“It’s my old crew coming back,” she said. “It’s all family. One of the most comfortable things is that I don’t have to cook for my kids anymore. They just come in and order what they want to eat.”

Phrakousonh said she decided on the name Pho Lao because “pho” is a popular Vietnamese soup dish, and she wanted to honor her homeland, Laos.

“That’s where I come from,” she said. “I just want to represent where I come from and grew up. If you come to the door, you see all the posters, including the Lao Monument, and the Lao decorations that I bought from Laos.”

Pho Lao had its cold opening in October, according to the restaurant's owner, Dara Phrakousonh.

Dara Phrakousonh said she wants to "represent where she comes from," in Laos.

Pho Lao is at 1239 Burkemont Ave. in the Magnolia Plaza in Morganton.

Dara Phrakousonh said she is unsure about a date for the restaurant's grand opening due to questions surrounding COVID-19.

When the restaurant had its soft opening Oct. 16, Dara Phrakousonh said there was a three-hour wait.

Dara Phrakousonh said customers have eaten at Pho Lao and told her that her cooking tastes just like they remember it tasting at Asian Fusion years ago.