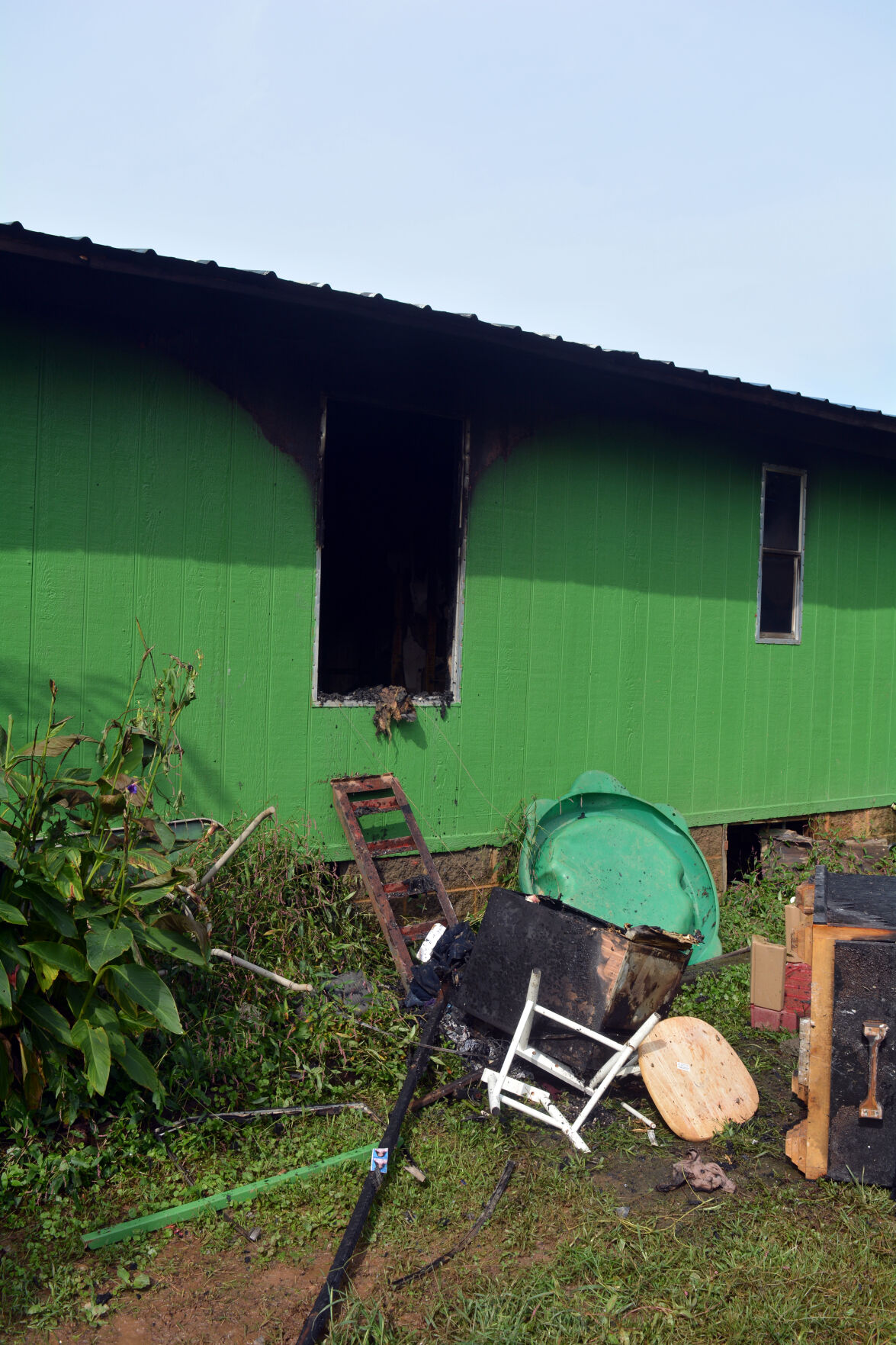 The fire started in a bedroom in the home. 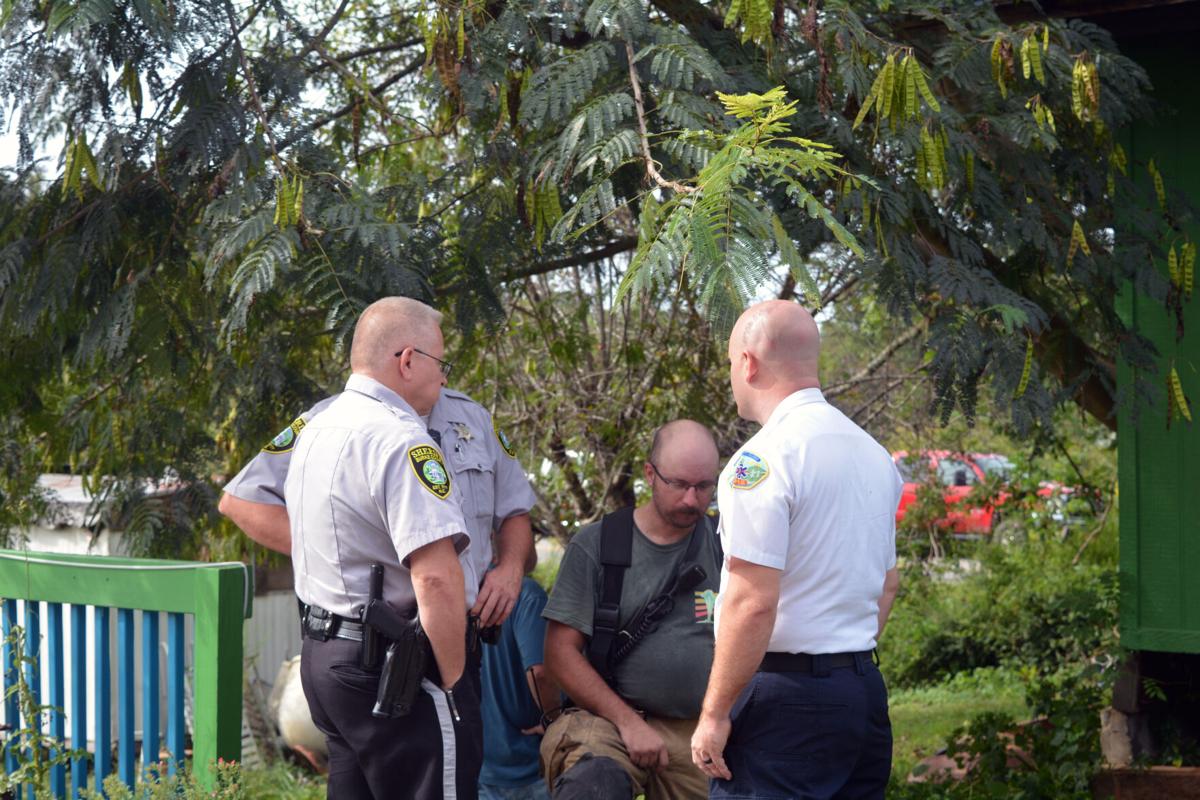 Deputies, firefighters and an EMS official linger at the scene of a fire Friday morning. 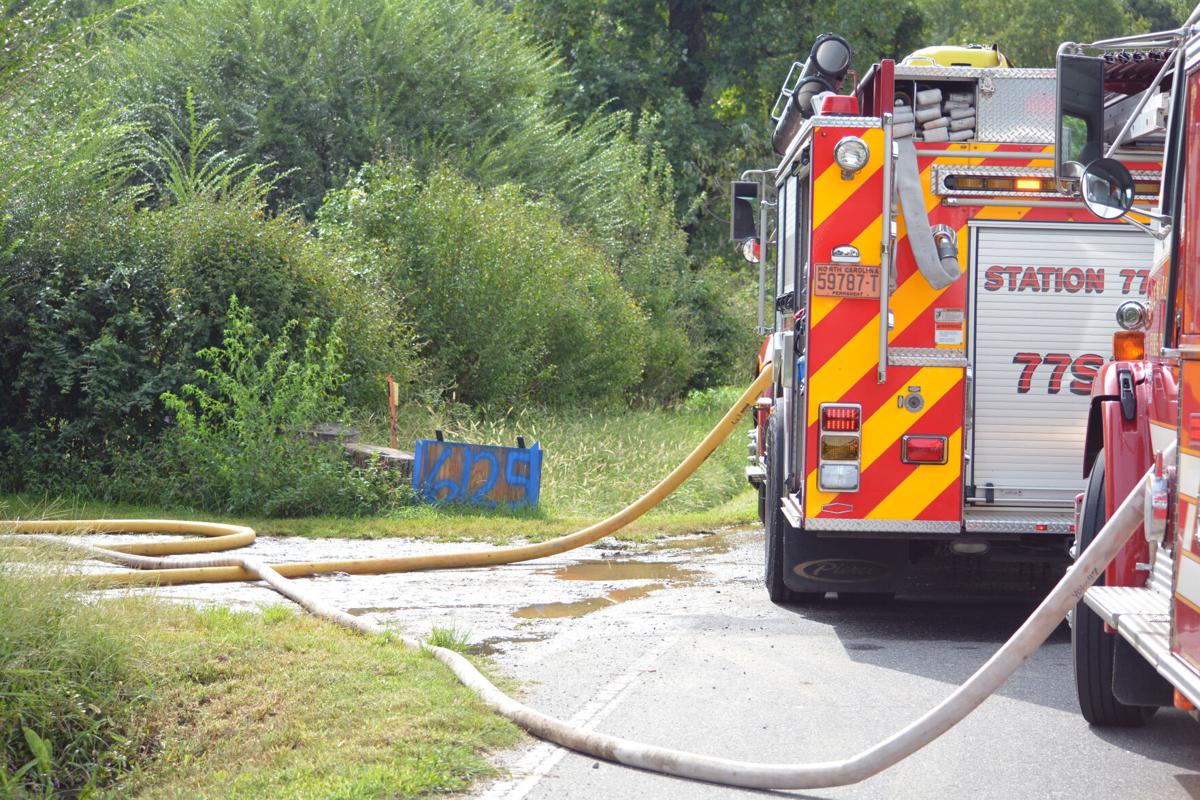 Fire hose lays in the driveway and road in front of the home on Gold Mine Road.

A teen and his family are thankful to be alive after they awoke to a smoke-filled bedroom Friday morning.

Colton Piercy, 14, woke up around 9:45 a.m. in his room at his grandparent's house on Gold Mine Road to smoke so thick he couldn’t see anything.

“You couldn’t really see anything,” Piercy said. “I went in there to get my PawPaw and Nanny up, and when we got everybody up we started trying to put it out with a water hose.”

After that, they started worrying about their dogs in the house. All but one dog made it out of the fire.

Piercy’s main concern was his family.

“I woke up and my whole room was just filled,” Piercy said. “I couldn’t see at all. I just walked blindly to get everybody out.”

The fire appeared to have started in Piercy’s aunt’s bedroom. The family feared she may have been inside the house, but no signs of her were found after multiple searches of the home by firefighters.

Fire Marshal Mike Willis said the cause of the fire is undetermined, but it started in a bedroom. It caused a significant amount of damage to the house.

Fire damage was mostly limited to the bedroom where it started, but the whole house sustained smoke and water damage.

Like with any fire, working smoke detectors are the first line of defense for residential fires.

People can call their local fire departments to see if they can help change the batteries if a resident can't reach them. Willis said if a smoke detector is more than 10-years-old, it should be replaced.

The Red Cross was called to the scene to assist the family.

The fire started in a bedroom in the home.

Deputies, firefighters and an EMS official linger at the scene of a fire Friday morning.

Fire hose lays in the driveway and road in front of the home on Gold Mine Road.